Hello from the other side! Like the wizened, immortal Jess Kim, I am finally An Old Person, relatively speaking.

As mentioned in my graduation entry, I work at Bluefin Labs, a startup of roughly 20 engineers and data scientists (although we are ~50 people in total) based in Kendall Square, just a few blocks from MIT. I’m the youngest employee and the only new grad they’ve ever hired, so when I found out they were going to have interns for the summer, I was all like, “yay! I will not be the least experienced person there!”

…all of the interns were Ph.D students. “Rachel, are you even old enough to go to a bar?” (“Of course! barely.”)

My first month-and-a-bit was spent building a custom charting package to analyze social media commentary relevant to brands and topics. Only two weeks in, we released the first iteration of the software as a tool to compare stats on some of the most popular Olympics topics (who the heck is this Ryan Lochte guy and why are his fans overwhelmingly female?). 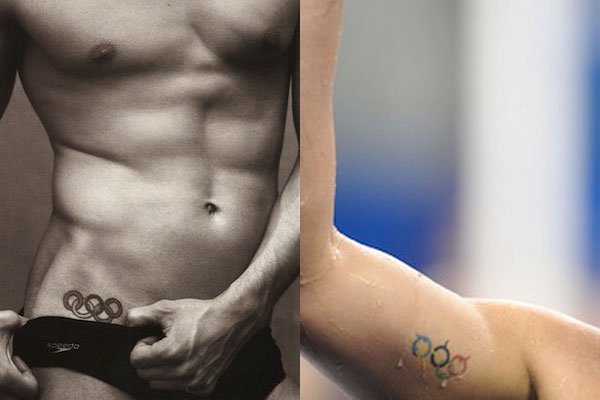 A few weeks after that, at a company-wide all hands meeting, founder Deb Roy pulled up the app I made*, went to some detergent brand’s page, and demonstrated how a layman could target and optimize ad campaigns to save millions of dollars using our next-day data analysis, all in about two minutes. My lower jaw promptly unhinged itself from my skull and clattered to the floor in a heap of mandibular disarray. #obliviouscodemonkey
*I can’t give you guys access to a live demo because it’s proprietary…sorry :(

I first touched web development less than a year ago, and that project was the first time I’ve ever exercised it in an industry setting. MIT, thanks for beating me senseless with unintuitive C optimization hacks and unrealistically hard algorithmic brainteasers until learning common industry paradigms became utterly trivial.

As a vehicle-less resident of the same hall in East Campus for all four years, including preorientation, and two summers of my undergraduatehood, I unintentionally limited my opportunities for landing in chummy situations with a wide variety of living groups. A lot of pset groups like to meet up in East Campus, because when it’s getting close to the 9am deadline and the pset drop boxes are two buildings over, you might as well work nearby to minimize the risk of passing out before ferrying the pset to the rendezvous point. People almost always came to me when it was time to work.

So, it’s a good idea to occasionally change up your living situation, even if you just do it for a summer, and meeting your new housemates’ friends. No regrets about staying on the same hall during the academic portions of the last four years, though. I love EC enough that I creepily/cruftily went back to help with rush, take tons of i3 footage, and make 5W’s rush posters. 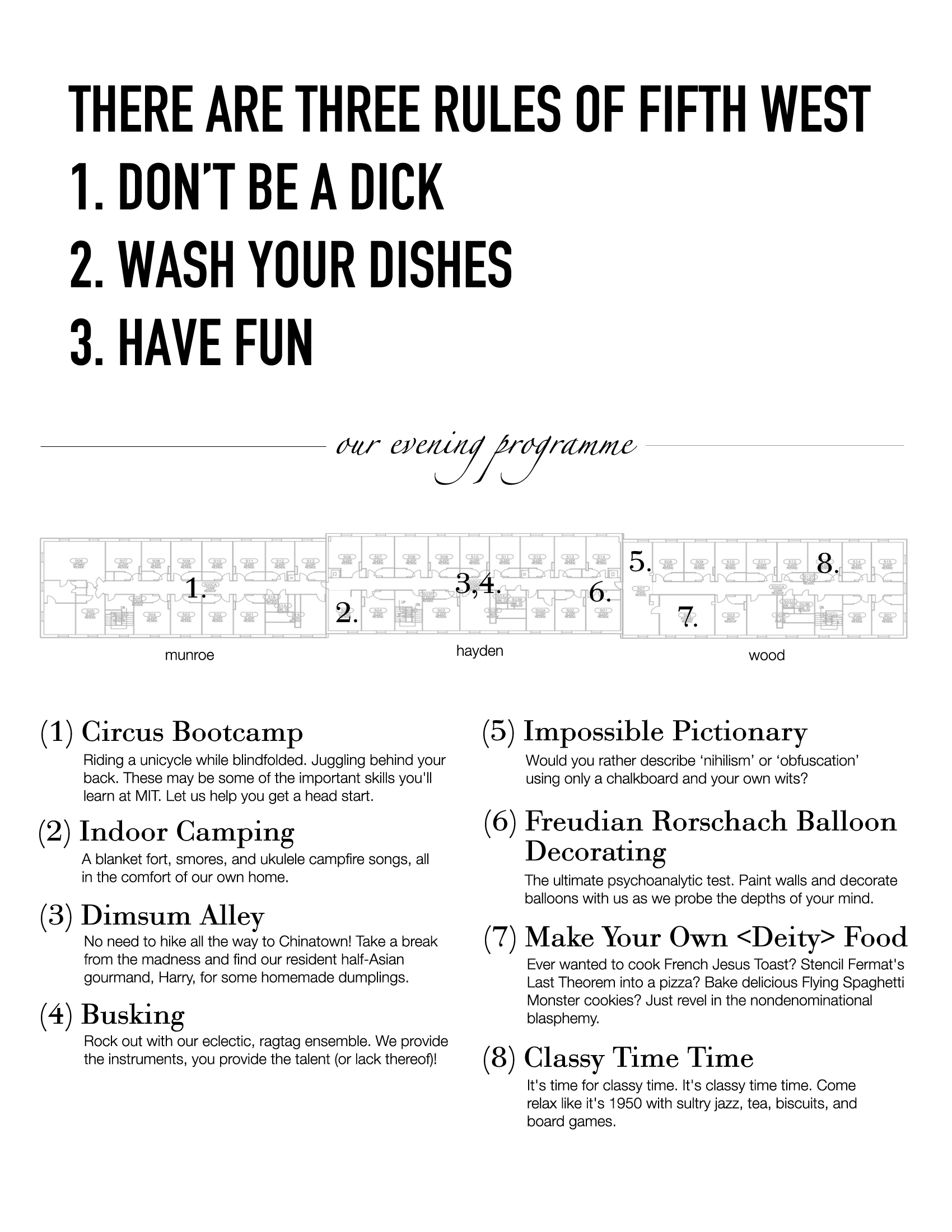 What now that I’m no longer living in EC? Geographically, my new apartment is at the time-weighted average of every location I frequent in Cambridge! This might not actually be the most convenient location, had I not LEARNED HOW TO RIDE A BIKE THIS SUMMER. It took forty minutes. I should have done it the instant I set foot on campus four years ago. Live and learn (and wear a helmet).

Oh, and my housemates have kittens. So many kittens. They are as fearless as they are photogenic, which is heaven for my lens. 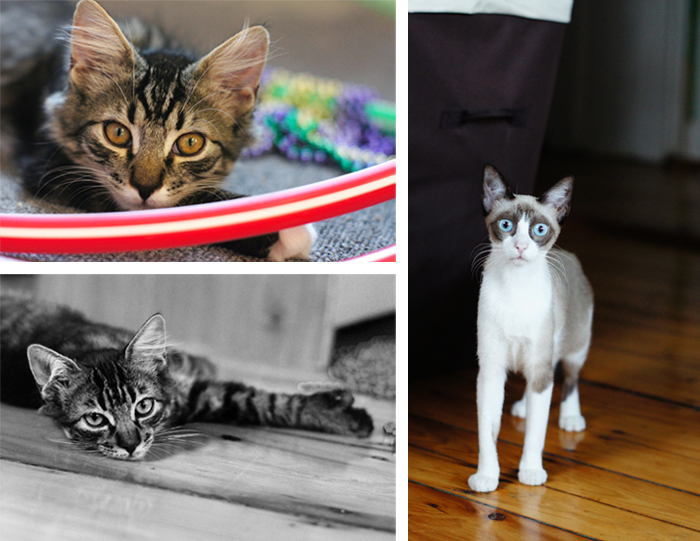 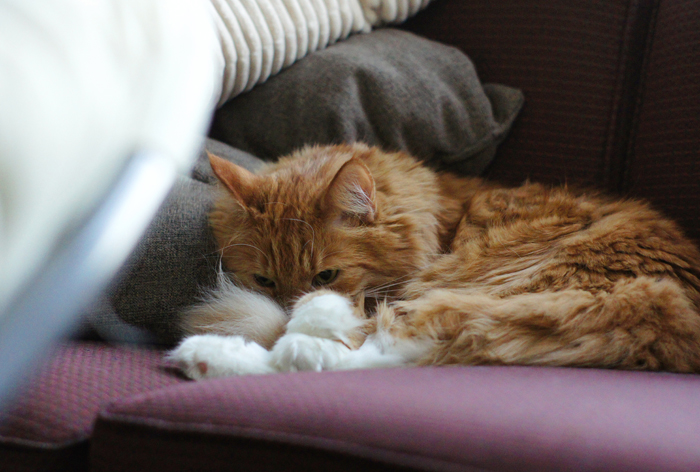 A few things I made this summer now that I’m no longer scrabbling for graduation requirements:

Music videos!  argh there might be some weird desyncing nonsense going on
also don’t ask why I thought it would be a good idea to shoot handheld with a manual focus portrait-length lens 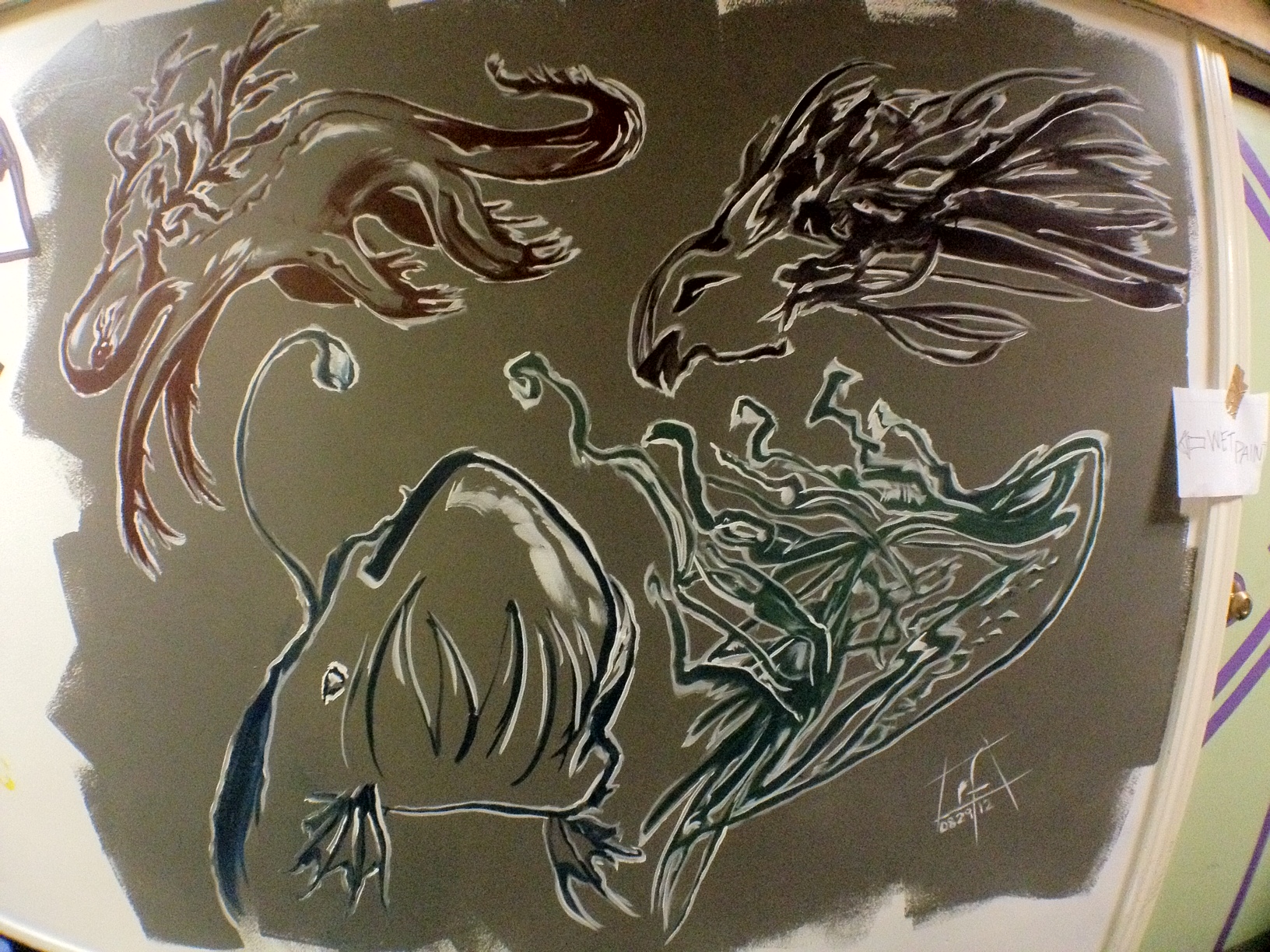 Bread! Three-bite baguettes are even more delicious than regular ones.

A personal website! Its Google pagerank is nonexistent because I quickly threw it together yesterday morning, but I bet you can find it yourself if you are sufficiently creepy.

I’m one of those weirdos who actually misses the interesting pset problems and mind-shattering all-nighters of MIT, but I have to admit that working only nine hours a day and having the other fifteen hours completely free for fun and (gasp) sleep is a refreshing change of pace. You’ll hear this a lot from alums, particularly grad students. (Don’t worry, most of us make it.)