my verdict is that it definitely could be worse

COVID-19 really took a toll on student summer plans this year. Internships were cancelled, in-person opportunities can no longer happen, and study/work abroad programs are definitively cancelled. I want to preface this post by saying that I am extremely lucky to have an internship in the first place, let alone have it not be cancelled over the summer.

Although I would not have believed this for a second had I heard of it ~4 months ago, when I was struggling to the end of the jobs season without an internship offer in hand despite many, many hours⁠01 i even went to this weekly seminar program that was literally just for teaching you how to do good on coding interviews; there was also free food of practice and preparation, the stars in charge of determining internships really wound up lining up for me this year. I was lucky enough to land a job at Twitch for the summer about a month before COVID-19 hit the fan and internships started getting cancelled left and right because of how hard some companies were hit by the lack of revenue. Luckily, Twitch is actually thriving during this particular period in history because everybody has way more free time to spend on the Internet, so my internship did not get cancelled and instead went remote for the summer.

I was initially kind of bummed about this, mostly because I was losing out on the following list of things:

Those mild annoyances faded in a hot 24 hours, though. COVID – and this recent period of history – has really reframed my priorities in life.

So, instead of living in downtown San Francisco for the summer and commuting on the BART every day, I’ve instead settled down for the summer in northern Seattle with a couple of friends who’ve also kept their employment for the summer.

There are some real pros to this situation, the biggest of which is Seattle⁠05 perhaps my new favorite city ever; blogpost incoming , and also waking up at exactly 9 AM every day because that’s what working remote is like. Also, if it sounds awesome to work at Twitch, you’re right, it is – even remote, the Twitch intern experience has been really awesome and fulfilling. My entire team has reached out to me to schedule 1:1s, and I talk to many other people – interns, the University program reps, managers, MIT alums! – as well on a regular basis. The University team has done an amazing job of scheduling tons of events, giving us ~$100 worth of free swag⁠06 i am now the proud owner of two twitch hoodies, a shirt, a catchall case, two dog bandannas, and this weird case that looks sort of like a fanny pack but isn't quite , and making us feel super connected to the company overall. This is something that I think was lacking in my internship last year, and I already feel like a valued part of my team after only two weeks of work, even though I’m remote and I’ve never met a single team member in person. 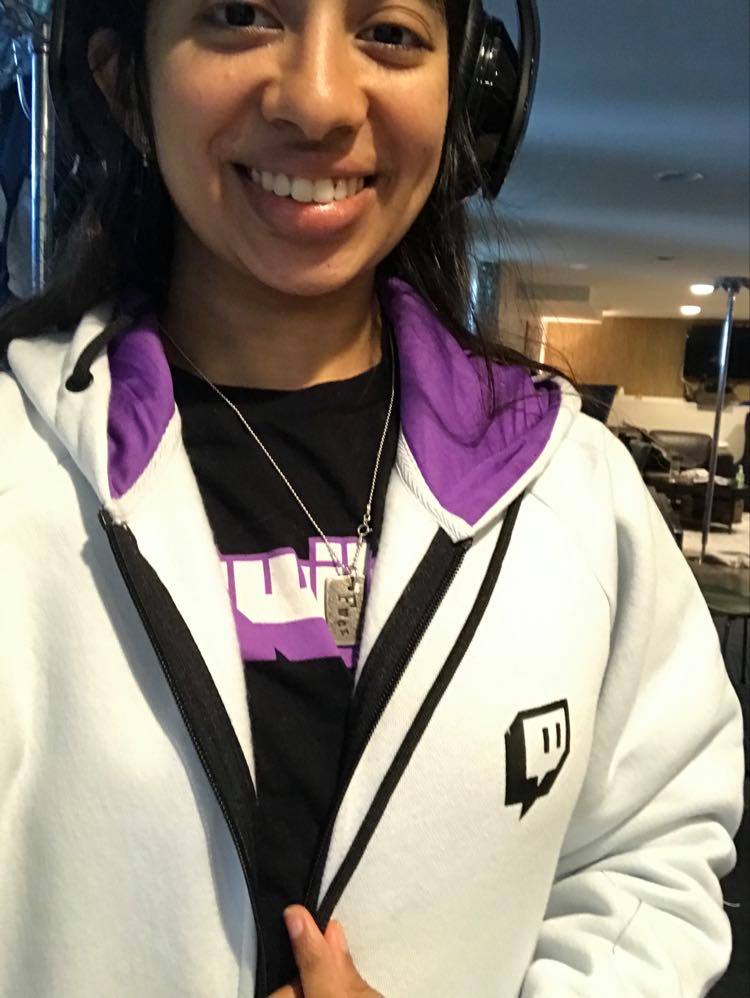 me, psyched as FUCK that i got this hoodie for free

I thought I’d give y’all a rundown of what my day looks like – although I wish we were living in precedented times, I really can’t complain about my schedule. I do wish that I was more productive outside of work, but I’m still working on that. I’ll get there.

9-10 AM: I usually wake up somewhere between 8:50-9⁠07 soon this bliss will end though because i have to wake up at 6 to teach classes about AI to children who are on the east coast for my UROP, RIP , so by the time I get settled at my desk, it’s around 9:15. We recently acquired these amazing coffee beans so putting on a pot of coffee will also soon become a part of my 9-915 routine. The rest of the hour is usually spent trying to figure out where I left off in my code from the previous day. 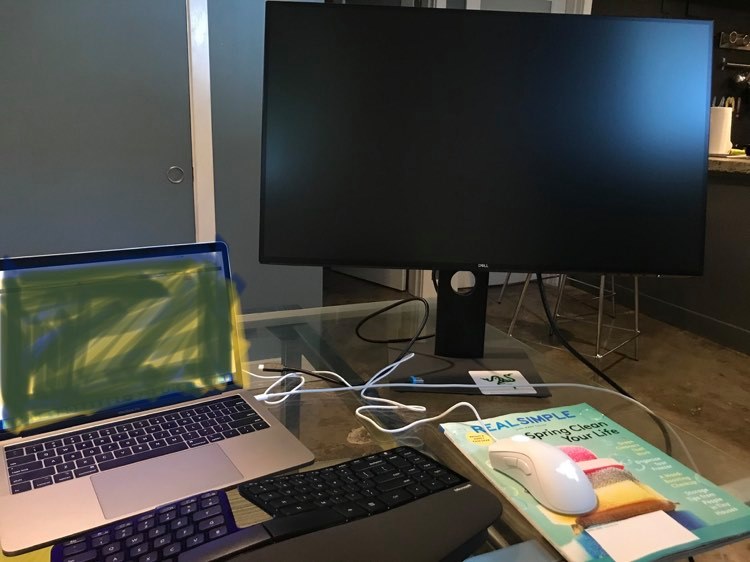 10-11 AM: I am now mostly coherent and am fully able to spam my mentor with questions.

11-12 PM: Sometimes during this block I try to sneak into UROP meetings while also trying to code. Sometimes I have cool Twitch team meetings where I get to find out what the rest of the team is up to. Most of the time, I am hungry for lunch.

12-1 PM: Lunch break! I usually cook something quick, like steamed broccoli, or put leftovers on rice and call that a meal. I try to sneak in a quick YouTube video, or progress past an area in my replay⁠08 in preparation for the second one, woooot of The Last of Us.

1-2 PM: This is usually around the point of the day where my mentor and I jump on a call to do some pair programming. I also try to schedule 1:1s starting at this block because I am not very social or functional in the morning.

2-3 PM: Usually more 1:1s and spamming my mentor with questions.

3-4 PM: My team has a semi-frequent social period during this block where we all jump on a Google Meet and talk about things that strictly are *not* work.

4-5 PM: My last chance to jump on a call with my mentor, power through some code changes, or attend an intern event⁠09 my favorite of which are a 'cooking with the kitchen' event, in which every friday, one of the twitch kitchen chefs shows us how to make *nice* *real* meals; pictures upcoming in a future post . On Friday, this block is dedicated to my team’s ‘retro’ meeting, in which we open up a Google Doc and talk about all the things that were good/bad/meh this week. There are a lot of good memes usually.

5-6 PM: Squeeze in some UROP meetings, and play a round of GeoGuessr (my team has a league).

6-7 PM: Run a loop around the lake outside our apartment, which is a solid 5K. Shower.

8-12 AM: I try to spend 1-2 hours of this being productive – with debatable success – and the rest of it relaxing watching my boyfriend play God of War or play The Last of Us myself.

It’s not perfect, but it’s a pretty functional adult lifestyle that I’m enjoying a lot so far. I’m surrounded by friends, beautiful nature, excellent coffee shops, and am honestly thriving. I feel really lucky to be doing so in the age of ‘rona, and I’m counting my lucky stars for that. I’m choosing to enjoy it while it lasts, and try not to think about the shitshow of a fall semester that inevitably awaits current MIT undergrads. Consciously not thinking about important life decisions really takes off a lot of stress :P

If you’re also working remote for the summer, let me know your favorite/least favorite part about it in the comments!