It’s like I go to class or something. by Elizabeth C. '13

Contrary to popular belief, I actually do stuff outside of farting around and doodling. Stuff like going to class and paying attention to important stuff.

Filing that one away in my list of Things To Refer To When In Situations Requiring Social Interaction – I foresee the situation arising tomorrow. “Hi, it’s nice to meet you – the gravitational force between you and me is about 10^-7 newtons. Let’s be friends!”

Okay, no really, I swear I listen to the things my professors are telling me. 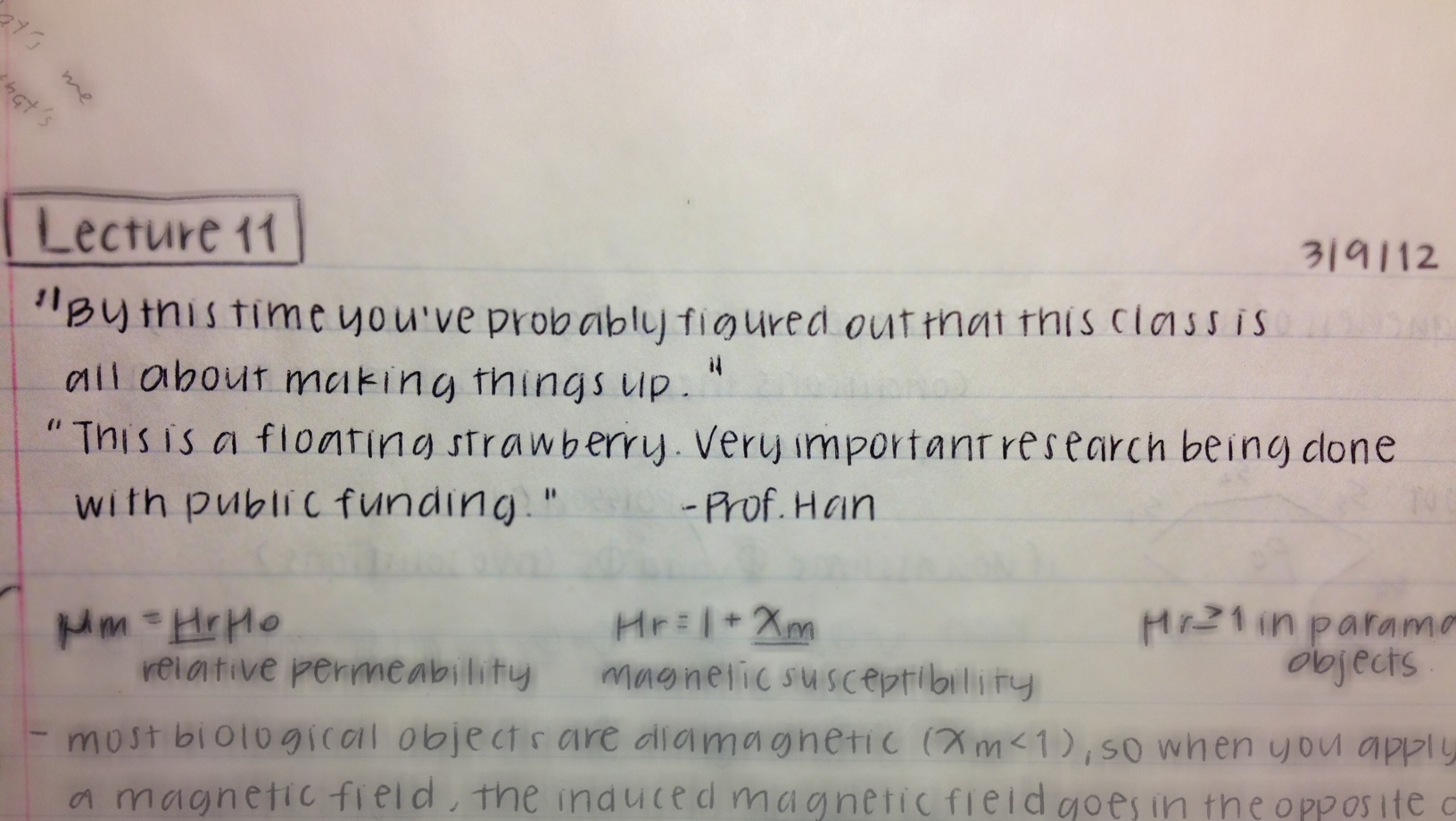 Okay. I’m just kidding. I’m actually learning a lot of things in this class called 20.330 Forces, Fields, and Flows in Biological Systems. Mainly I am learning that I am not so good with numbers. But hey, I’m surviving! And it’s actually kind of a cool class in that I’m just like “equations, equations, modeling (on the computer, not on the runway…), equations, whoa science is actually kind of weird.” I’m excited. Hopefully by the end of the semester, I’ll be a fluid-flow-transport-electrokinetics-booty-kicker. I’m looking forward to it! 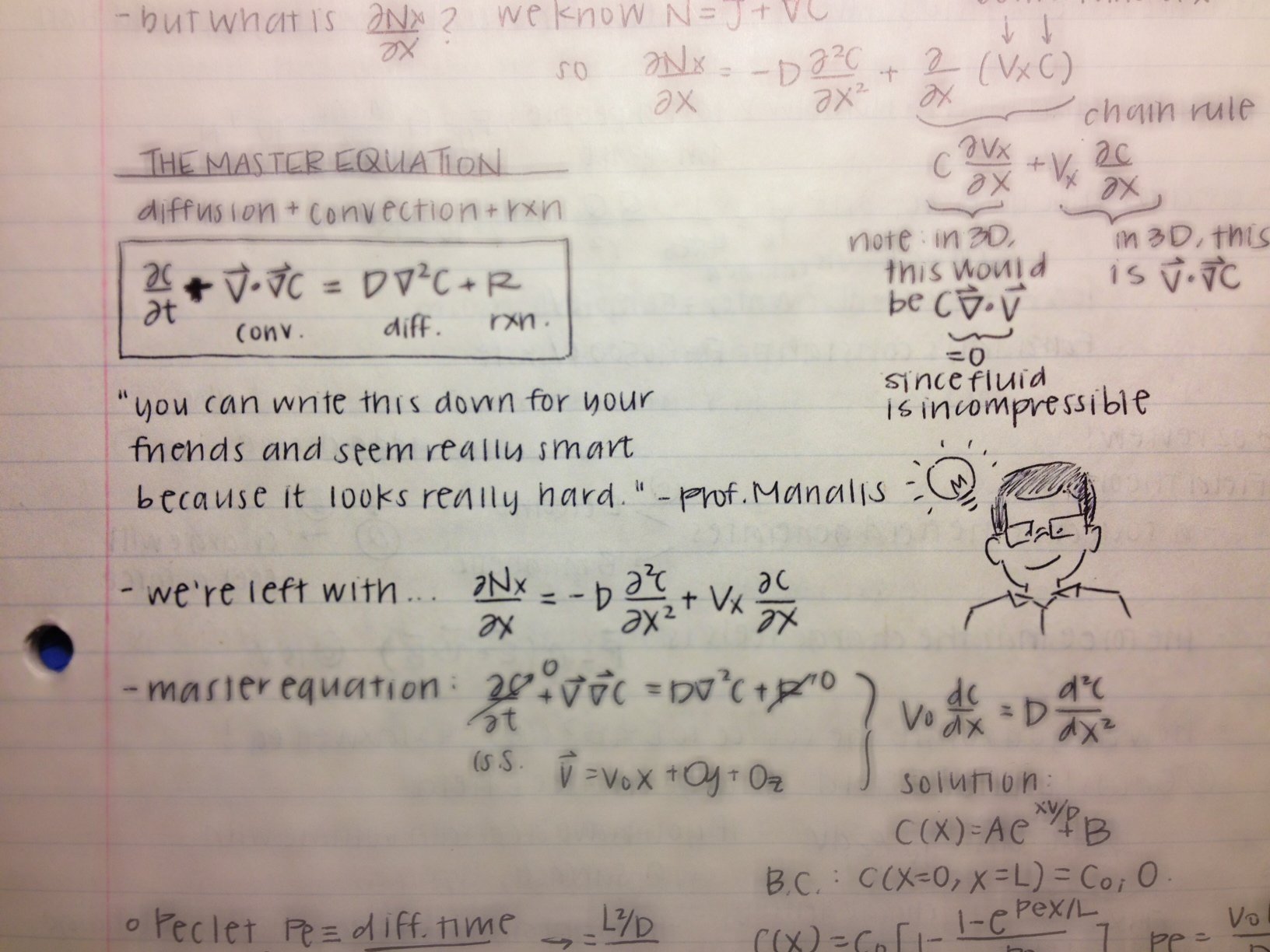 See? I’m a quarter of the way there! Even my professor says so! Prof. Manalis has a really kind face. As in, he looks like a really nice person. His face is the most indicative of his personality out of everyone I know. He acts exactly like he looks. Like a kind person. Except his exam was not kind. But I forgive you, Prof. Manalis, I know you probably didn’t mean for it to be so mean. He and Prof. Han are pretty nice people and have co-taught this class for six years. They’re pretty nifty. 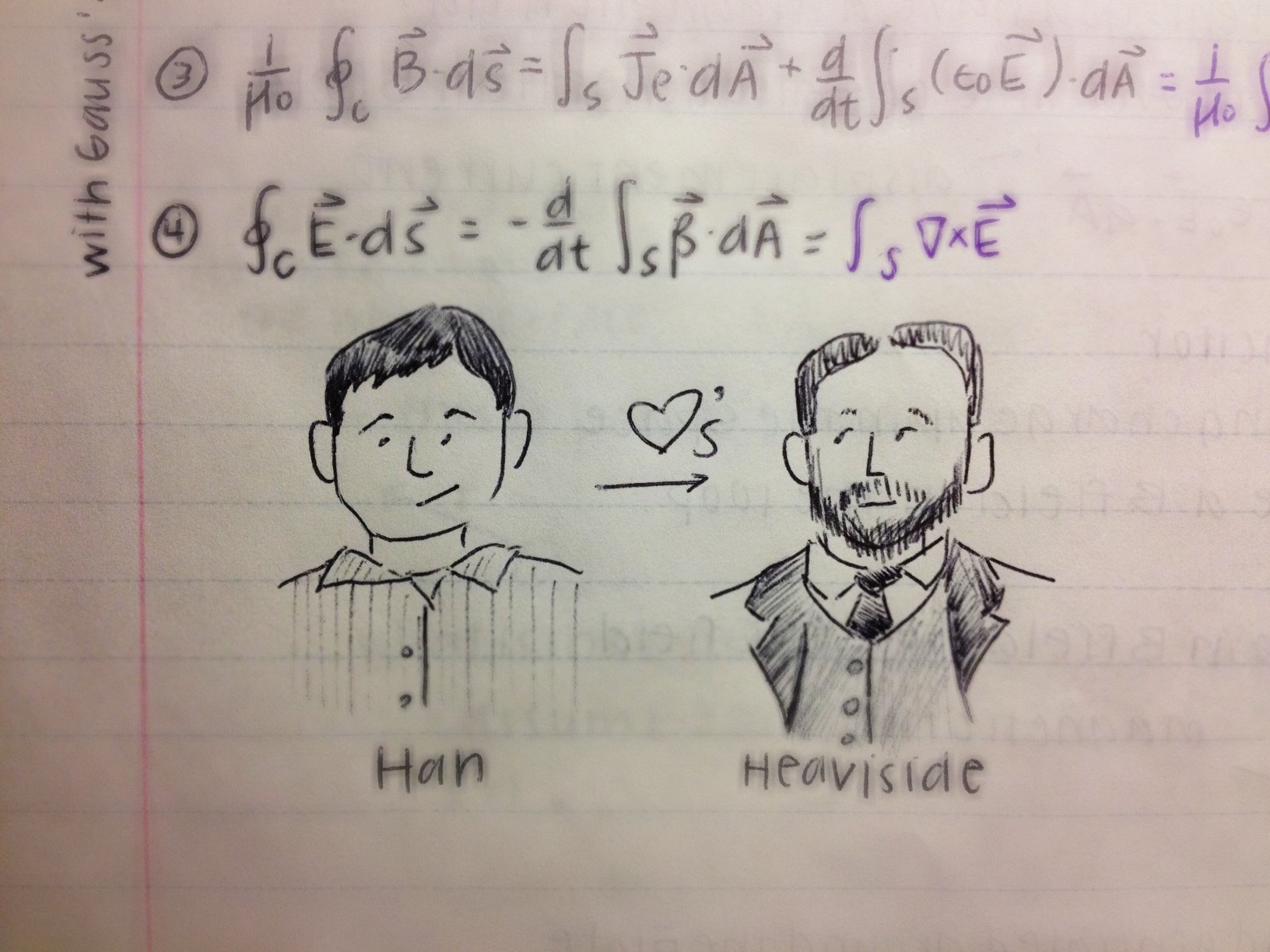 Prof. Han really loves Oliver Heaviside (of the Heaviside step function variety). It’s kind of goofy that Heaviside is known for that lil’ step function when he did so stinkin’ much for physics and math, like figuring out Laplace transforms the obscure way. He was the original hipster, folks. I mean, check out his outfit! Whatta math hipster.

Also, I’m taking 7.06 (Cell BIology) this term, which is kind of great because it gives me a legitimate reason to use my crayons. Otherwise I just use my crayons for blogging, making cards for people, and other less acceptable reasons. Why yes, I am indeed an adult! Thank you for asking! 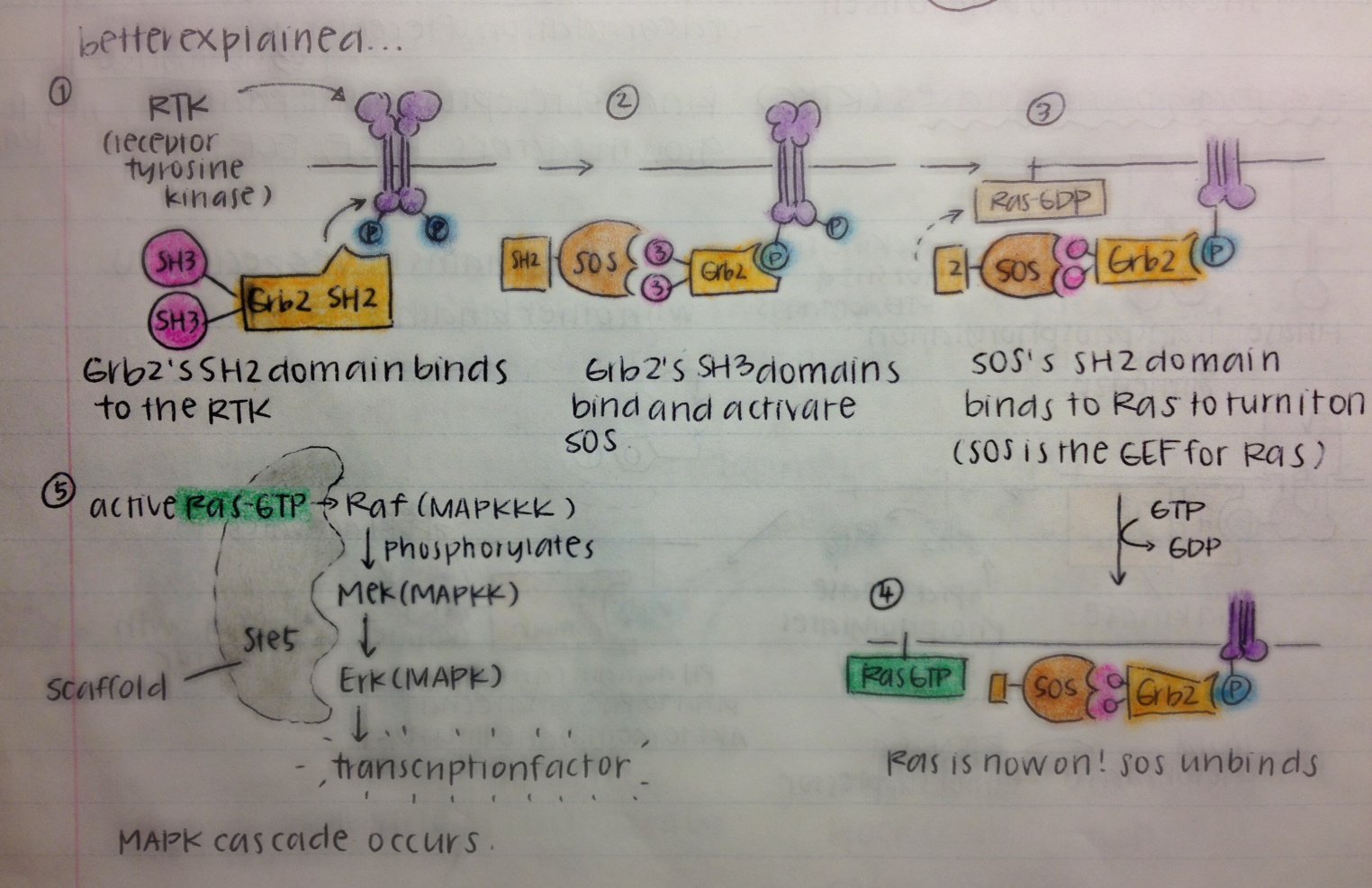 My favorite quote from the semester thus far has come from Prof. Iain Cheeseman, who co-teaches 7.06: “So I’ve gotten several comments in my end-of-semester evaluations that I say the word ‘awesome’ too much during lecture. Well, if I was teaching thermo or orgo I’d understand the complaint, but since I teach CELL BIO I think I’m perfectly justified in saying ‘awesome’ all the time. Cell bio is AWESOME! So I’m gonna say it all I want. Also, don’t tell the thermo and orgo professors that I said that.”

Also, Prof. Cheeseman’s nickname is “The Big Cheese.” Also, he is adorable. PROFESSOR CHEESEMAN IF YOU EVER READ THIS I THINK YOU OWN!!!

I’m also taking STS.068J (Advanced DV Lab), which is a continuation of the making-and-learning-about-science-documentary class I took last semester. Most of our assignments are video projects, but every now and then we have to write papers (= sad) so I add pictures (= happy). 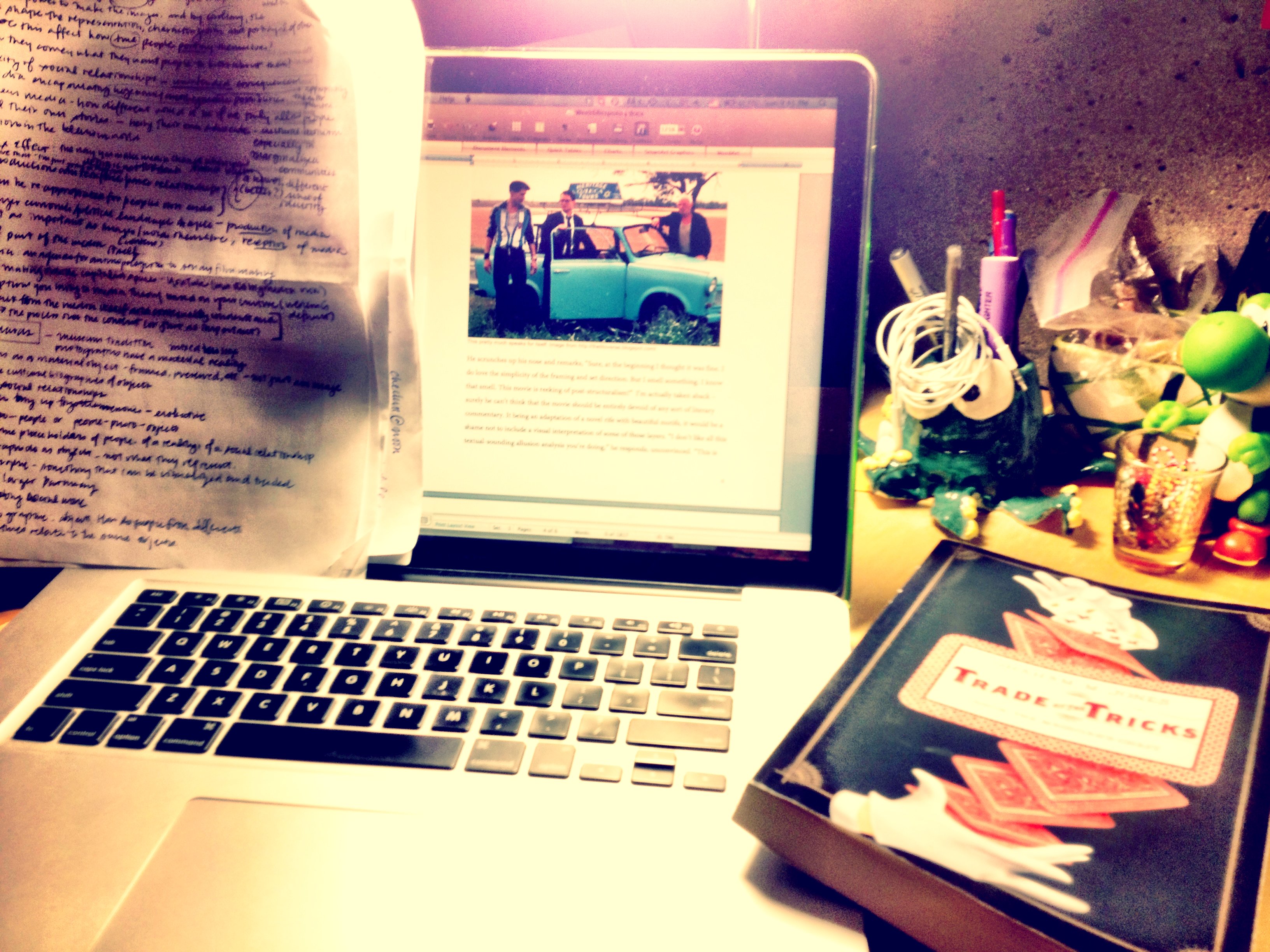 And with that being said, I am… off to class.