Portrait of an MIT Student

You’ve probably heard this a million times in various iterations, but MIT is a kaleidoscope of vastly different people, all of us united by this one weird thing or set of things that keeps us moving (it could be robots or math or cheesecake or Netflix. Mmmm, cheesecake). The MIT campus is defined and elevated by its people, and for this blogpost, I sat down with one of them, Kevin, to talk about his room, which I think in many ways reflects his individuality and personality, and is a fitting microcosm of the larger spectrum of things MIT tries to capture.

I previously mentioned Kevin in my blog about snow antics. I built my first and only snowman, Olaf, with him in January 2015. Nearly two years later, I’m a senior, and he’s a junior. We still live in the same floor of Random Hall, a dorm that lets its inhabitants personalize their room however they want. Kevin has found a way to capitalize on this freedom to make his room as him as possible.

**
Kevin Vincent Morrow ’18 became a member of MIT in August 2014 (yes we share a name; his middle name is my first name, and this was a fun fact we bonded over the first time we met). He comes from Riverton, Kansas, a town of slightly under 1000 people, and attended a high school of about 300 students. His graduating class consisted of about 60 people.

Ever since his high school years, he’s been interested in “making stuff”. He tinkered with and flew remote-controlled planes for fun, often building them from scratch (some of which he featured in the optional Maker Portfolio of his admissions application). MIT was one of few places he was interested in, although he admits to not expecting to get in. Other places he applied to include Caltech, which turned him down (their loss), and the Naval Academy, a place whose application process is incredibly more rigorous and demanding, both physically and mentally, than the typical college admissions process (you can read more on it here).

He had to choose between MIT and the Naval Academy; his engineering side won out and he’s on track to completing his third year here. Reflecting on this difficult choice, he said that on some days he wondered, not quite certain that choosing MIT was the right thing. But lately, his doubts have been vanishing, and he’s finding fulfillment in his classes and his environment.

Part of this initial inertia came from the usual freshman-year jolt MIT is known for. He admits to feeling like hot stuff, leaving high school and entering the world of MIT. 4.0 GPA, captain of his school’s varsity soccer team, ran track for a while, fair amount of experience with electronics and building stuff. Then his first semester at MIT was like a rude jolt. In his words, it was a “brutal transition”, “turned my world upside down”. He found some classes very difficult, and the experience of intense struggling knocked him down a few pegs: “I had to find humility, and that was hard, but I found it.” He recalled something his dad had told him about military training: they break you down, to build you up. MIT’s unofficial motto.

Ever since then, he’s gotten used to the demanding groove, and is currently taking classes he enjoys (his major is course 2, Mechanical Engineering). This semester, he’s taking 2.05 (Thermodynamics), 2.051 (Intro to Heat Transfer), 2.086 (Numerical Computation for Mechanical Engineers), 6.002 (Circuits and Electronics), and 4.021 (Intro to Architecture Design). It’s a demanding load, but he’s found fulfillment in the hands-on components.  4.021 is a HASS (Humanities, Arts and Social Sciences) class in which he gets to create multiple design sketches, capped off by a final design project that brings them to life.

He’s also enjoying 6.002, whose professor he describes as big-hearted and kind of silly, and rattled off some of the topics they’ve covered this semester. Transistors, mosfets, inductors, capacitors, resistors, circuits, current meters, complex differential op-amps. As a Computer Science major, those words fill me with nightmarish terror, but my nightmare is Kevin’s paradise, and he’s on track to acing the class.

His love of “making stuff” follows him even outside of classes. He’s still interested in drones, although he says it’s harder to work on them in the city, and lately, his attention has shifted to rockets and robotics. He’s on the MIT Rocket Team, a small but highly active team that builds rockets out of a room in Building 17 of MIT. He says the team actively teaches its members how to do things, but also grants them a lot of autonomy. Because he loves building things, and always want to get working on a project with ease, he decided to ensure his room reflected this desire.

Random Hall is a mix of traditional singles and doubles and “uneven doubles”. The uneven double is a bit interesting, comprising two rooms collectively large enough to create a traditional triple, except one room is twice the size of the other. Kevin was originally in the smaller uneven double, but moved to the bigger one at the end of his freshman year, courtesy of Random Hall’s annual room lottery, and upon learning that he was allowed to do whatever he wanted with his room, decided he would transform it quite a bit. 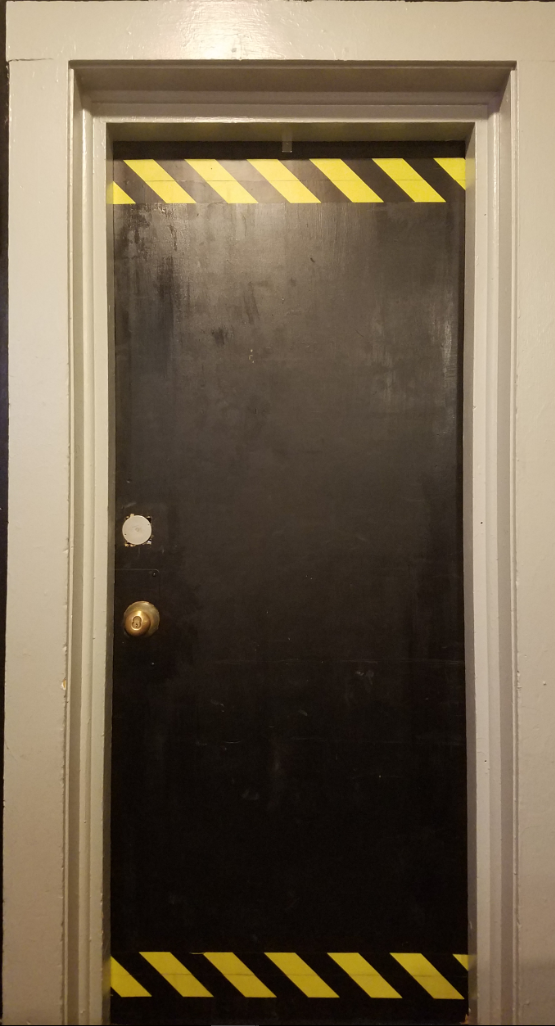 Kevin’s door was originally red, but he painted it black, aiming for a “bunker-like” feel. He’s a big fan of sci-fi and militaristic games and movies, and wanted a bare door that somehow reflected that.

Opening this door reveals his nearby work desk, dominated by a TV. And a work monitor he built himself (using stuff he knew from high school, plus online research, plus Andrew’s help, Andrew being the sophomore that lives in the smaller “half” of their uneven double, and also a member of Rocket Team). Kevin does most of his problem sets from this desk.

Right next to it is a wall-spanning work bench, comprising everything he might need: drills, screws,  screwdrivers, pliers, wires etc. Kevin’s mom shipped most of the items to him from Kansas in two flat-rate boxes that weighed seventy pounds. He unpacked, built the work bench and organized the tools over a period of weeks. Staring at them, I got the sense of a one-man industry. 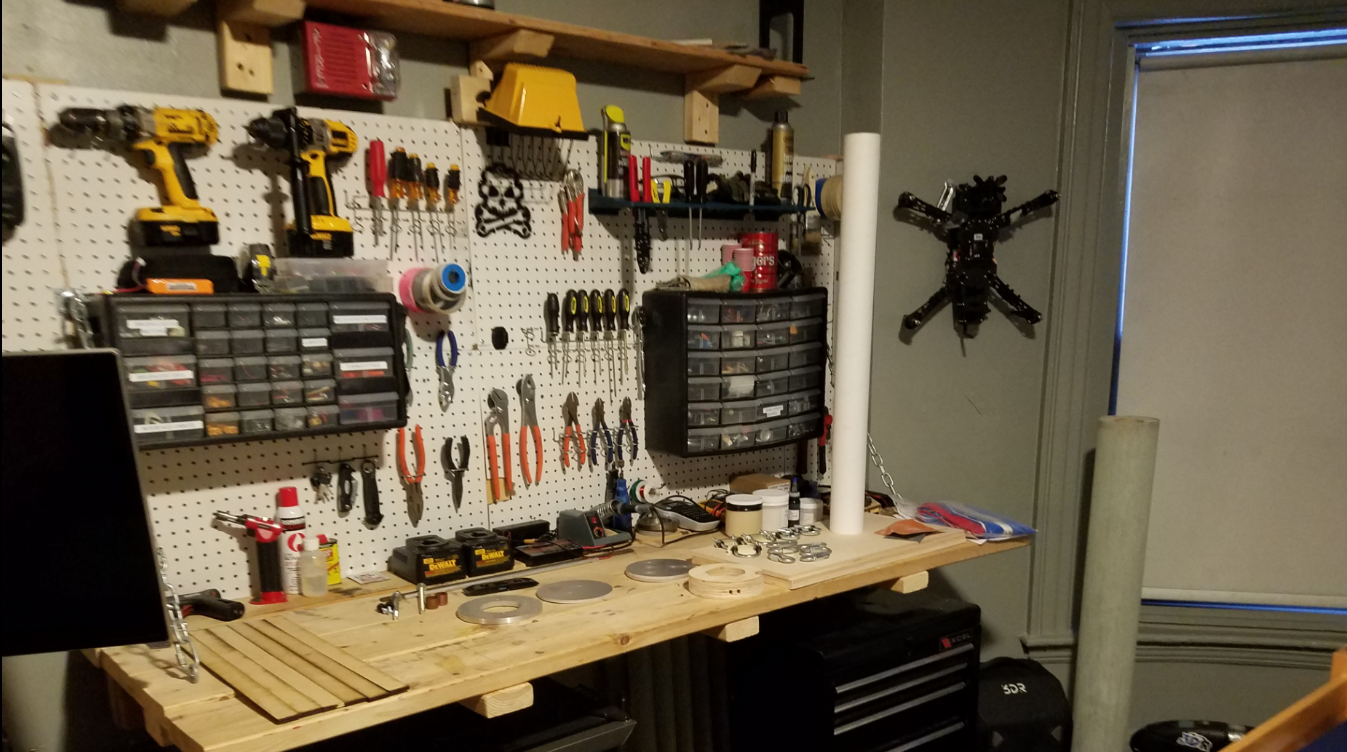 He said the work bench was inspired by a typical scene from action movies, in which a hidden wall vanishes, or a hidden door swings open, revealing a room full of high-tech weapons. He wanted something similar for his room, except for drills and drones in place of auto-rifles and grenades.

Next to the work-bench hangs what appears to be an action-movie setpiece. It’s actually the second fully-autonomous, GPS-equipped multirotor he ever built. He explains a dazzling array of its technical specs, while I just flashback to the time he flew it around the kitchen and I kept hiding from it with tiny shrieks. From getting the parts he needed to having a fully assembled piece took him a month, but most of his time was spent in the former stage. 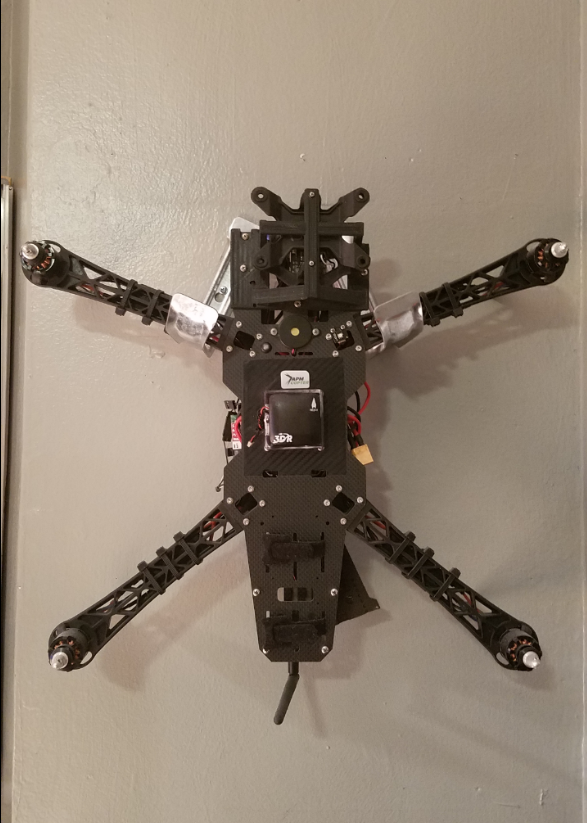 A 3D printer sits to the right of the multirotor. He bought this printer at the start of last year (after his internship with 3D Robotics in which he got to work with sophisticated printers) and spruced it up with 200 dollars worth of upgrades, effectively creating a high-end printer at a much cheaper rate. He’s 3D-printed iron man helmets, rocket avionics bays, custom parts for the printer itself, handles for simple things.

The iron man helmet was an especially interesting one, so we dwelled on that for a bit. Kevin is a huge fan of the Iron Man movies, and Iron Man being an MIT alum was part of what drove him here. In high school, he always talked about how he’d build a fully functional Iron Man suit to anyone who would listen, and in particular to Kyle Dannelly, his high school’s main IT specialist. Kyle would listen to Kevin go on about all his ideas, about things he’d built and the more sci-fi contraptions he’d someday invent. Kyle was a very patient listener, and an influential force in Kevin’s curiosity.  As it turns out, having someone who listens to you that intently, pushes you deeper into the world of your ideas.

**
Hanging opposite Kevin’s multi-rotor is a guitar. He can only play two chords, and has no idea how to transition between them (hint: anyone knowledgeable about catchy one-chord songs should send him an e-mail).  He hopes to learn how to play someday, but MIT hasn’t left him with enough time to. He believes it’s symbolic of how busy the Institute is, and represents what he’s working toward–life after graduation, where some of his wilder dreams have greater power to take shape, and where he can maybe have enough time to learn how to play. 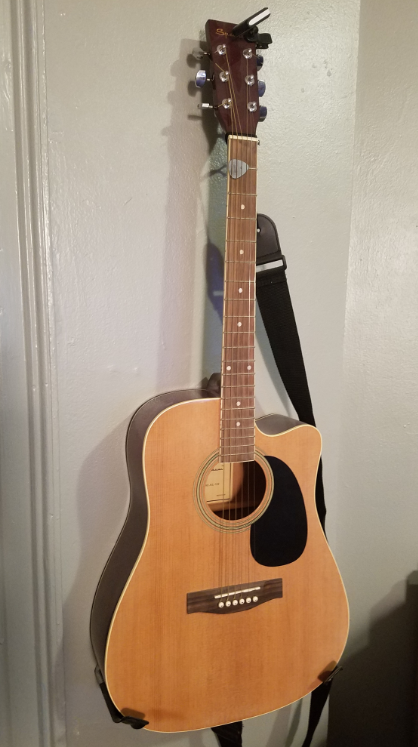 There’s a massive bed next to the guitar. Random Hall’s freedom in letting you design your own room also comes with a slew of other “you-bet-you-can”s, which includes adding extra furniture and items (like his marker board), and dragging up a twin-size bed from the collection of the spares in the basement, if you so desire. Kevin did, and transformed a small twin into something more comfy.

It’s safe to say that if you want to get to know Kevin, as an MIT student and as a person, there’s no better place to start than his room.

**
Kevin isn’t entirely sure what comes after he graduates from MIT. He’s considering grad school in Course 2 or Course 6 (EECS), but he also hasn’t taken being an officer at the Naval Academy off the table. He believes there’s a lot of unexplored aspects of life he could discover in the military world.

But he does recall when it became real for him that he was really in MIT. It was the start of his freshman year, and he was strolling down a sidewalk. To his side, the MIT dome loomed large, standing in front of Killian Court, green and alive (in a few months, it would turn white under the wintry fury of snow). As he stared at the dome, it finally struck him that this wasn’t a dream, that he was really here at MIT.

In his own words: “it wasn’t anything like sadness or happiness–it was awe. I made it. I did it.” 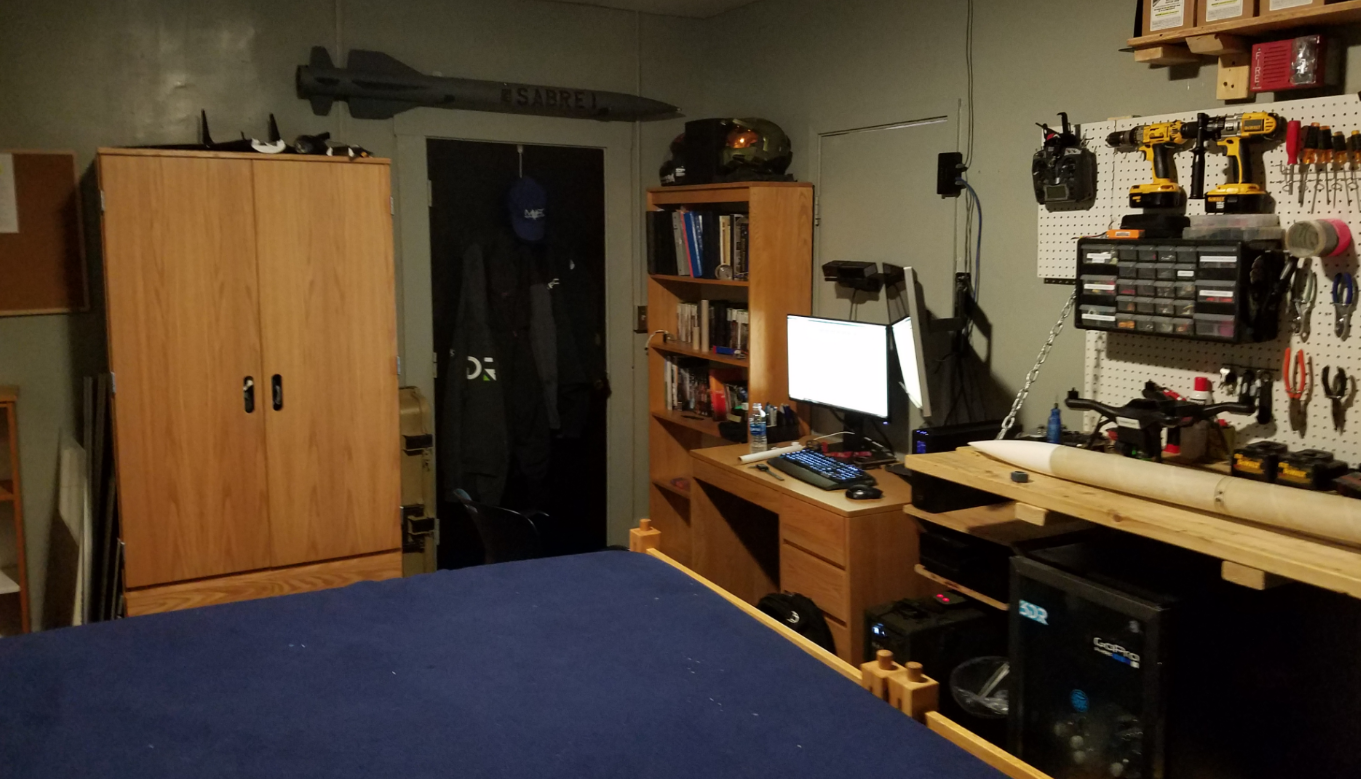