Peak fall foliage has finally hit MIT. Some trees on campus started to turn as early a September, but only recently has most of the campus become awash in color (thanks in part to that unusual snowstorm last week). I’m not a very good photographer, but here are a few images of campus from this week: 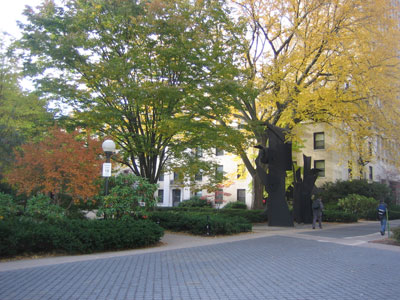 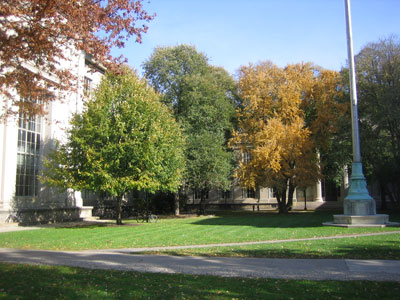 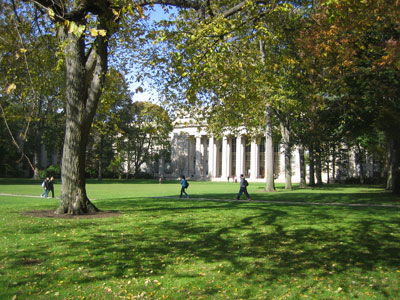 Also this week, I was invited to the faculty dinner at the ZBT house, home to Bryan ’07, among many other awesome people. While I’m not technically “faculty,” many cool faculty members were in attendance, including: Political Science department head Prof. Charles Stewart, Physics professor Scott Hughes, Professor of Urban Studies and History Robert Fogelson, and Foreign Languages professor Margery Resnick. It’s cool that such important professors take time out from their families to have dinner with students. I had some really great converations about the 2004 presidential election, Massachusetts public schools, university riots in the ’60s, and more. 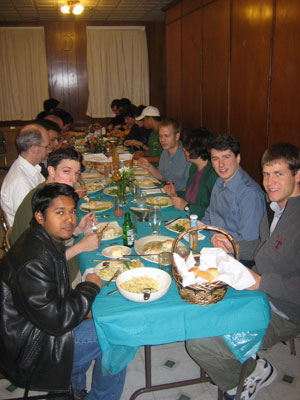 One of the dinner tables at ZBT; in this picture, you can see Professors Stewart and Hughes, as well as Biology Research Scientist Ky Lowenhaupt and many ZBT brothers. 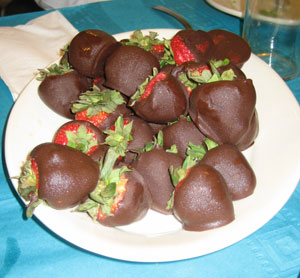 The dinner was capped off with a delicious dessert of chocolate-covered strawberries. I ate many of these.

Since I hadn’t been to the beautiful ZBT house since 1996 (!), I had Shaye ’08 give me a house tour. Along the way, I saw a door to add to my (small) collection of photos of doors at MIT, this from a room appropriately called “8 Bit”: 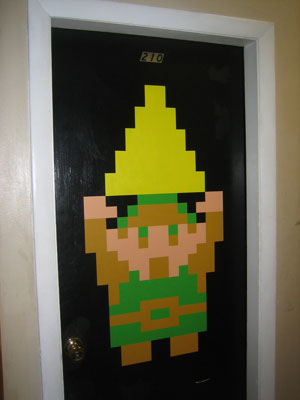 A door mural of Link with a Triforce from the original Legend of Zelda videogame.

Inside the room there were more murals of old-school NES characters: 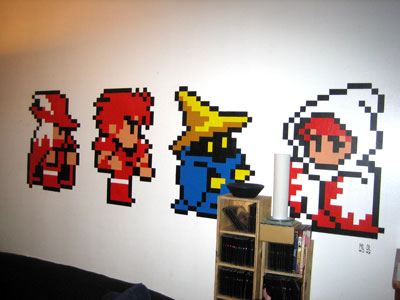 Application reading begins this week… more on that soon!