cause every little thing's gonna be alright

Last Saturday, when I should be working on a model of a performance space for my architecture studio, I got a call from my friend saying that Lifehouse is performing for free across the river. I decide to take an impromptu but educational field trip, because c’mon, a real. life. performance. space. Just kidding, I was procrastinating and liked Lifehouse enough. Apparently, a local radio station was holding an end-of-summer concert at the Hatch Shell on the Boston Esplanade – across the river from MIT.

As soon as we got on the bridge towards Boston, I knew it was going to be a good time. Walking along the river at sunset was definitely an unparalleled dose of relaxation. 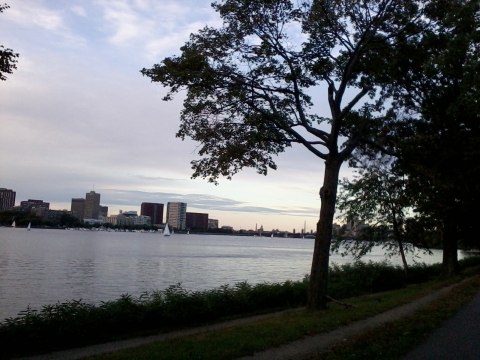 Before we knew it, we arrived @ the Hatch Shell 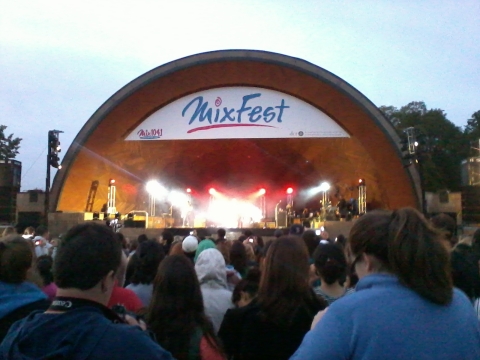 And then there was You and Me.

It doesn’t even really matter that we couldn’t see the dude performing; I just really loved being among random Bostonians.

(Sorry the video is so shaky but hey, he told me to wave my cell phone in the air.)

Despite sleeping something like 16 hours this past week, classes went over fine and we’re on to the next one.  Amen to “Time enjoyed is not time wasted”.

While on the note of random funtymez, I’ve been meaning to share this since the end of summer…

Of course I had to see Simmons’ sister in Beijing before I left, so I looked up the coordinates on Google Maps and found a way to get there via public transportation. But once I got “there”, surely I see a trace of Linked Hybrid, but it’s hidden behind highway overpasses, cars, random trees – in a phrase: see but can’t touch. 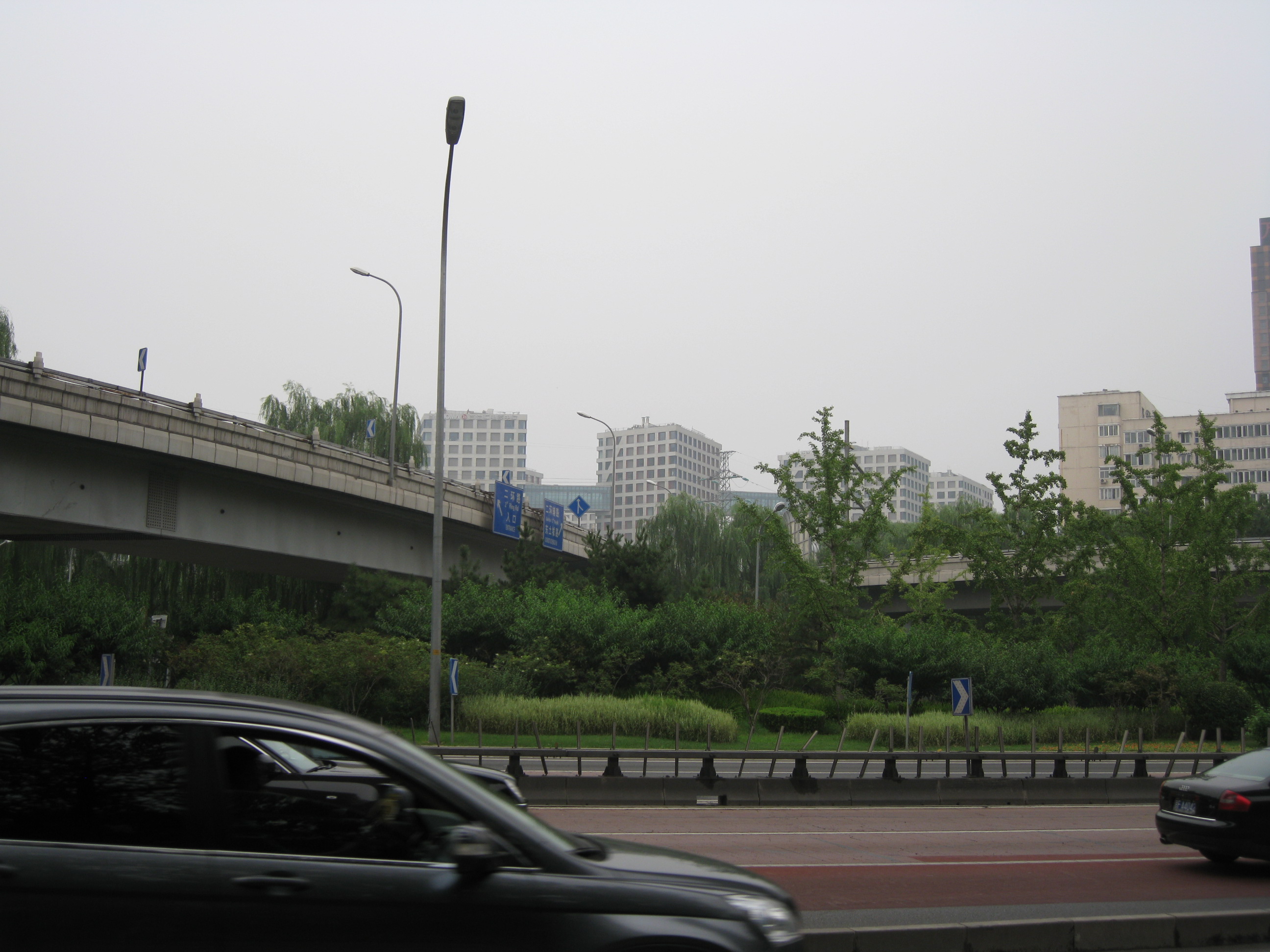 At this point, I’m wandering along this empty sidewalk, shuffling through options in my head – I could go back to the bus station, go find a subway station, or a magical carpet will come and give me a lift me over this traffic junk…

As I’m walking, Linked Hybrid sometimes looked closer than before, and then all of a sudden, went into hiding again – my mood turbulently tumbled between being hopeful and pissed. 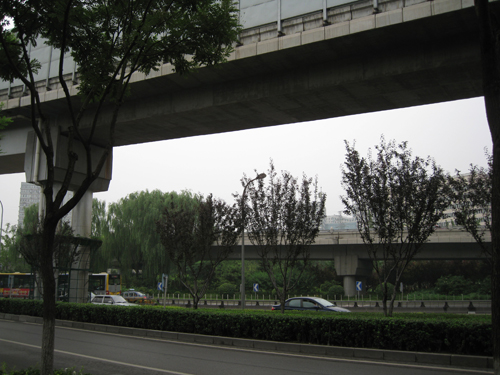 And then I walked some more, and while no magical carpet came to the rescue, a “skybridge” did. (In retrospect, I should’ve expected it; a “skybridge” over the highways is just so China). Linked Hybrid looked still very far away from the other end of the skybridge, but despite the fact that it was rainy and getting dark and far, there was a skybridge! And wasn’t getting to the other side all I ever wanted? 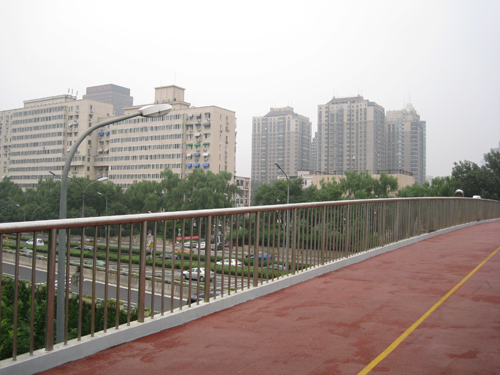 So I took off and it was indeed a very very long walk to Linked Hybrid, but every step closer was just an exponential growth of awe. These pictures don’t do justice to the power of this bizarre but beautiful monstrosity. And I loved loved loved the fact that some of this is in Bejing and some of it is with us at MIT. 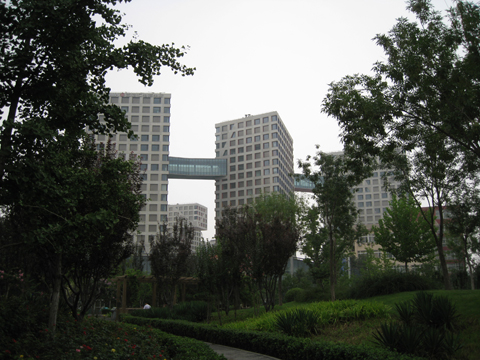 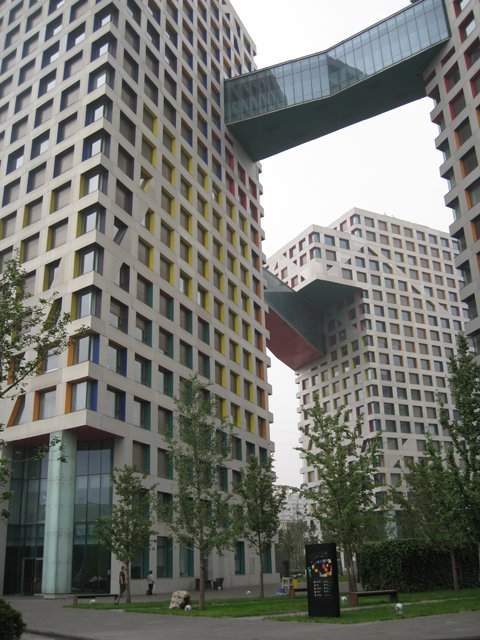 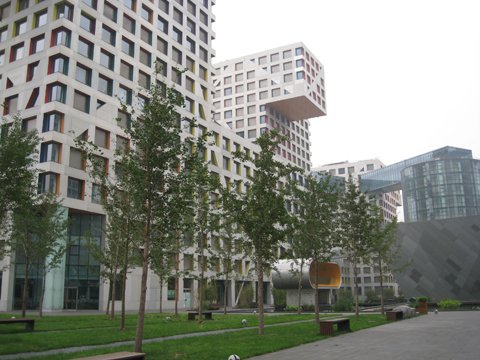 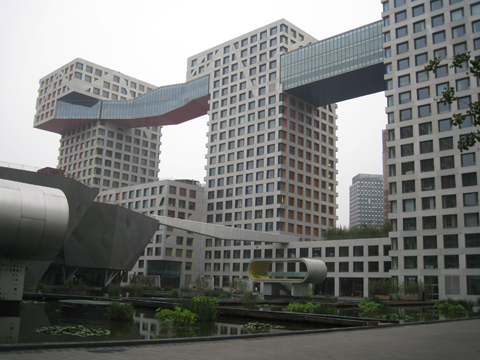 Sometimes when things feel impossible … or you can sense something great in that distant place but is afraid of difficulty or disappointment or starts feeling that maybe that thing wouldn’t be worth it anyway – go on with it. Maybe even go on just because you can.

You knew that, didn’t you?

So did I, theoretically, because that’s what we’re used to hearing. But we’re all capable of doubting, and it’s really the doubting that’s not worth it.

This post is dedicated to the current seniors, stressed and potentially freaking out about how this long, arduous college application business will eventually pan out. Take a break, let’s see those cell phones up in the air sometimes. There are no magic carpets, but life really has a way of sorting things out.