Life, IHTFP, and Everything by Yuliya K. '18

The first sentence is always the hardest. At MIT, however, it came easily. On my first full day here, I jumped onto a trapeze, despite the fear of high places. I talked to my roommate until early morning, though I’d never stayed up later than 4 am during school years.

I had eleven dorms to explore, a hundred activities to pursue, a thousand friends to meet, and infinite resources to discover. Everything seemed possible and everywhere felt comfortable.

During that high energy Freshman Orientation week, my friend and I crossed the Harvard Bridge for the first time. We had expected to hear the city buzz and face giant skyscrapers, but instead wandered into a tiny park. Its swings, benches, and lounge chairs stood abandoned in the midnight heat, and only the steady murmur of the Charles river accompanied our walk. For an hour, time slowed, and we were rulers of a mysterious domain. MIT’s Big Dome shrank to a tiny dot a million steps away.

I felt a surge of excitement then. It remained with me weeks into the semester. Every problem solved piqued my curiosity, and campus events reassured me that MIT was the place where all was available and possible. 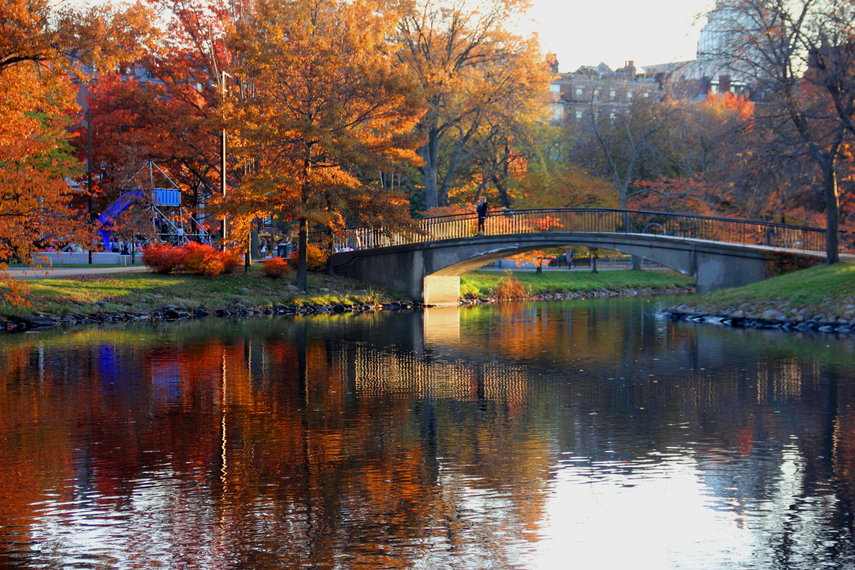 I don’t remember when I failed to enjoy my surroundings. Or when the exhaustion of a dozen sleepless nights brought me down to bed for hours, and left me insatiable for sleep. Sometime during the fall semester, the fuel from Orientation leaked, and I couldn’t keep up a bustling, 24/7 lifestyle. No longer could I afford to spend hours on a single physics problem, because chemistry, mathematics, jobs, and community activities all pushed into my day, while all I wanted to do was sleep, eat chocolate, and take a walk.

I assured myself that the lack of motivation was temporary, accredited it to poor time management. Next semester, for sure, things would improve. Even sooner than that, I would catch up on sleep.

Thus I continued to churn out pset after pset, without enthusiasm or vigor. Number 7, 8, 9… By that point, all psets molded into a homogeneous blurb of the same thing, the same challenge, the same, the same…

How could I ever regain the excitement of the first 8.01 pset when problem set nine had identically structured problems?

Sometimes, I’d get bursts of clarity. Gyroscopes would seem fascinating in those times, and I didn’t mind redoing problems about them over and over. I wouldn’t get frustrated at the lack of solutions, nor monitor the clock. In 5.112, I’d slide to the edge of my seat with excitement at the latest chemistry breakthrough.

Those days were the best. I was a wide-eyed frosh again, and all felt novel and wonderful. Each problem and lesson concealed a precious discovery, like back in the days when sleep, food, and rest did not matter, only passion for knowledge did.

Most days, however, I strove to just get done with the agenda. I’d study, eat, interact with friends and neighbors, sleep briefly, and reboot the cycle. I quit the six-hour Tech Call job in lieu of a shorter commitment. I forced the walk to my weekly club activity.

By the end of the semester, I settled completely into a week-by-week existence. I braced for the dreaded Thursday and Friday deadlines, and came alive on the unloading weekends. I tried not to remember my beginning-of-semester aspirations — no time for those.

By December, the ambitious and excited part of me had frozen.

The beginning of IAP revived the promise of adventure, but by the fourth pset, I was again trapped in the infuriating routine. I felt spoilt and lazy. Occasionally, I wondered if going to a state college would be more stimulating.

Deep down, though, I always knew I’d stay at MIT. I just needed to change something about life.

Today came the first major snowfall of the year. I ventured outside before sunrise. “It’s a winter fairytale,” I breathed into the frost, overwhelmed by the pristine beauty of East Campus courtyard. All campus roads molded into one white canvas, and all buildings matched. Any divisions were erased. The Boston skyline disappeared behind the storm. MIT was the only place in the world, and I was the only being at the time to see.

Treading the white, I retraced the across-the-river route from Orientation days. Several cars whizzed by, no doubt thinking the loner on the bridge looked weird. And for a good reason: dressed in all possible colors of clothing, I was gathering snow mounds on the railings of the bridge while I walked.

As in September, I reached the silent park. Under the sparkling street lights, the snow fell in a magical whirl. Solemn rows of benches looked forlorn and misplaced. The river made no sounds this time, but I could almost hear the quiet whisper of falling snowflakes.

Then, as I gazed around, I saw something fascinating…

Fractals! Snowflakes were fractals. The icy patterns on the Charles resembled the Mandelbrot Set’s edges. Trees sprouted self similar branches. Even the artificial benches, turned away from each other, stood in a beautiful pattern.

I spun on my path in search for more repeating patterns. The solution to my uninspired struggles was everywhere. Here lay the reason I was intrigued by learning.  Mathematics, gorgeous and magical, had been there, with me, the whole time.

Suddenly, I was hit with the hope and wonder from the scorching 2014 September. I could still make new discoveries every time I crossed the bridge, MIT campus, East Campus courtyard. All I had to do was look. So simple. How could I ever forget?

Life certainly shifted since the fall semester’s start. But what I had come to regard as a collection of problems and solutions, was actually a set of bursts: of fateful encounters, curious lectures, enticing events, and life-changing projects.

I can’t catch them all, but I can chase the ones I love. It’s not the continuum that matters, but the discontinuities and jumps. They make MIT special. They determine whether we love or hate this place.

I cannot adore MIT always, but I do now. No place is an ideal match, but I guess I’m pretty darn close.

So, IHTFP, where “paradise” doesn’t mean “perfection,” but the struggle is real, and the outcomes are wonderful. 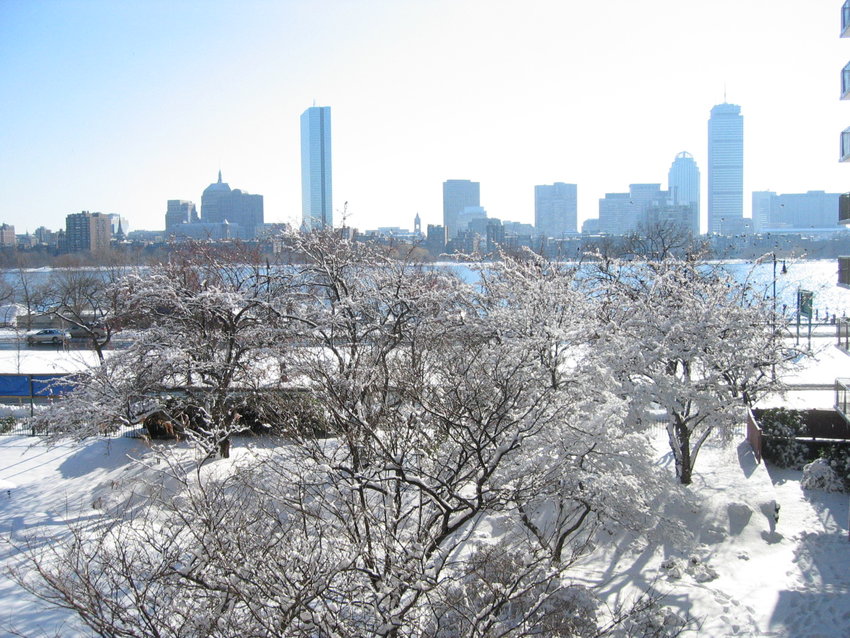