Magic Cards and a Farmers’ Market by Joel G. '18

And frozen advice for the 2019s

They say that the best way to get something important done is to do it while procrastinating on something far more important. I clean my room as a last resort to putting off psets, I buy groceries whenever I’m desperate to avoid blogging, and I blog whenever I should be studying.

At the moment, I’m supposed to be preparing for a 6.01 exam on circuits tomorrow, but instead – you guessed it – I’m going to blog. This is also a convenient excuse for not blogging since February – it’s not that I’ve been too busy, it’s that I haven’t been busy enough.

Last Monday, in MAS.S66 (also known as MAS.Magic), I performed a midterm project presentation. However, unlike most midterm presentations, which are usually reluctant PowerPoints or half-hearted reports, MAS.Magic’s midterm project was a magic trick. The assignment was to either invent a magic trick that incorporated technology or to present a technology in a magical way (or both). Kenny ‘17 choreographed an elaborate multi-screen storyboard narrative to talk about the history of computing. He was inspired by Marco Tempest‘s presentations on Nikola Tesla and Deception, which are stunning and well worth watching (Marco visited class in February to give a talk about the use of technology in magic). Colin ‘16 re-created the trick in the opening scene of Now You See Me, using some Javascript timing and image blur magic to force a particular card to stick in our minds while rifling through a virtual deck.

My performance (documented more extensively here) involved my smartphone magically detecting playing cards. I spent three hours with an Exacto knife and a gluestick manually inserting 52 NFC tags into each card in a standard deck, and wrote an unique ID to each one. Then I wrote an Android app to recognize and decipher a tag upon contact and display the image of the corresponding card. This meant that whenever one of the cards came within ~4 cm of the back of my phone, whether the card was face up, face down, in a box, or through my pocket, my phone would automatically (automagically?) display an image of that card. 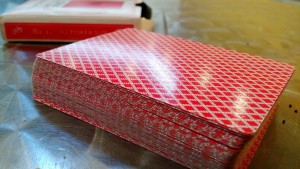 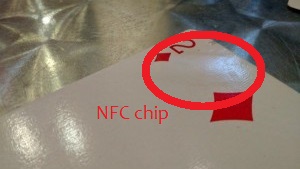 GIFs are underrated here. I should do this more often.

On Tuesday I had another midterm project presentation, this time in 21W.789 (Communicating with Mobile Technology). Then on Thursday I had an exam in 8.02 (Physics II E&M), and I woke up at noon on Friday to realize that I slept through my midterm exam in 18.06 (Linear Algebra) after staying up most of the night studying for it. Fortunately, Professor Strang was kind enough to let me take a makeup exam alongside people who had legitimate excuses.

Needless to say, I was quite relieved when Saturday finally arrived, so I vowed to ignore my looming stack of 6.01 work and to enjoy the beautiful weather with an excursion into Boston. Jenn ‘16 led our collection of freshman, but then got abducted as a volunteer for a dance group that was performing near Haymarket. Jenn was standing awkwardly in a short line of other volunteers, and then this happened: 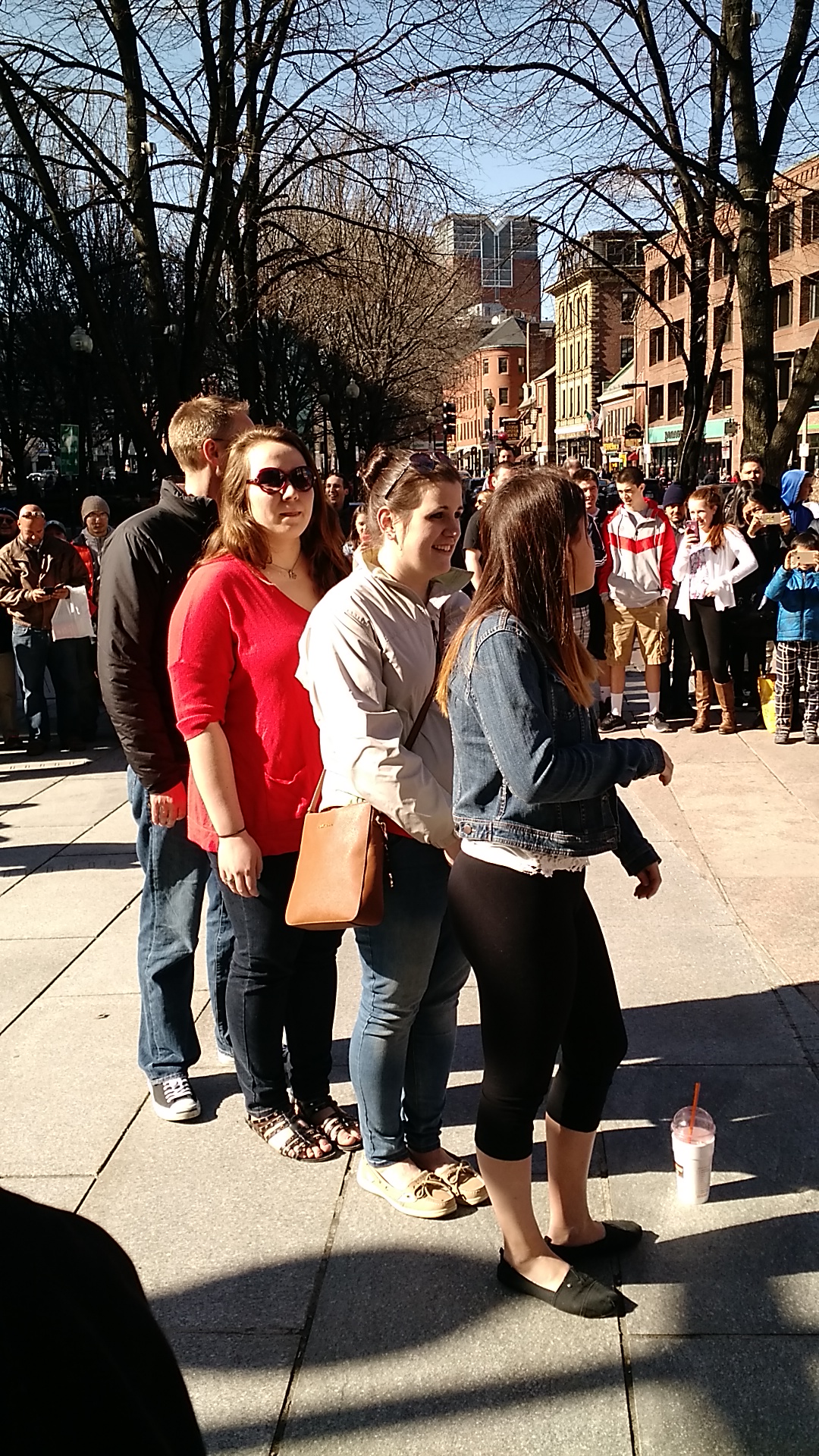 Haymarket hosts a farmer’s market every Saturday, so we stocked up on fresh fruit, vegetables, and sometimes cheese. 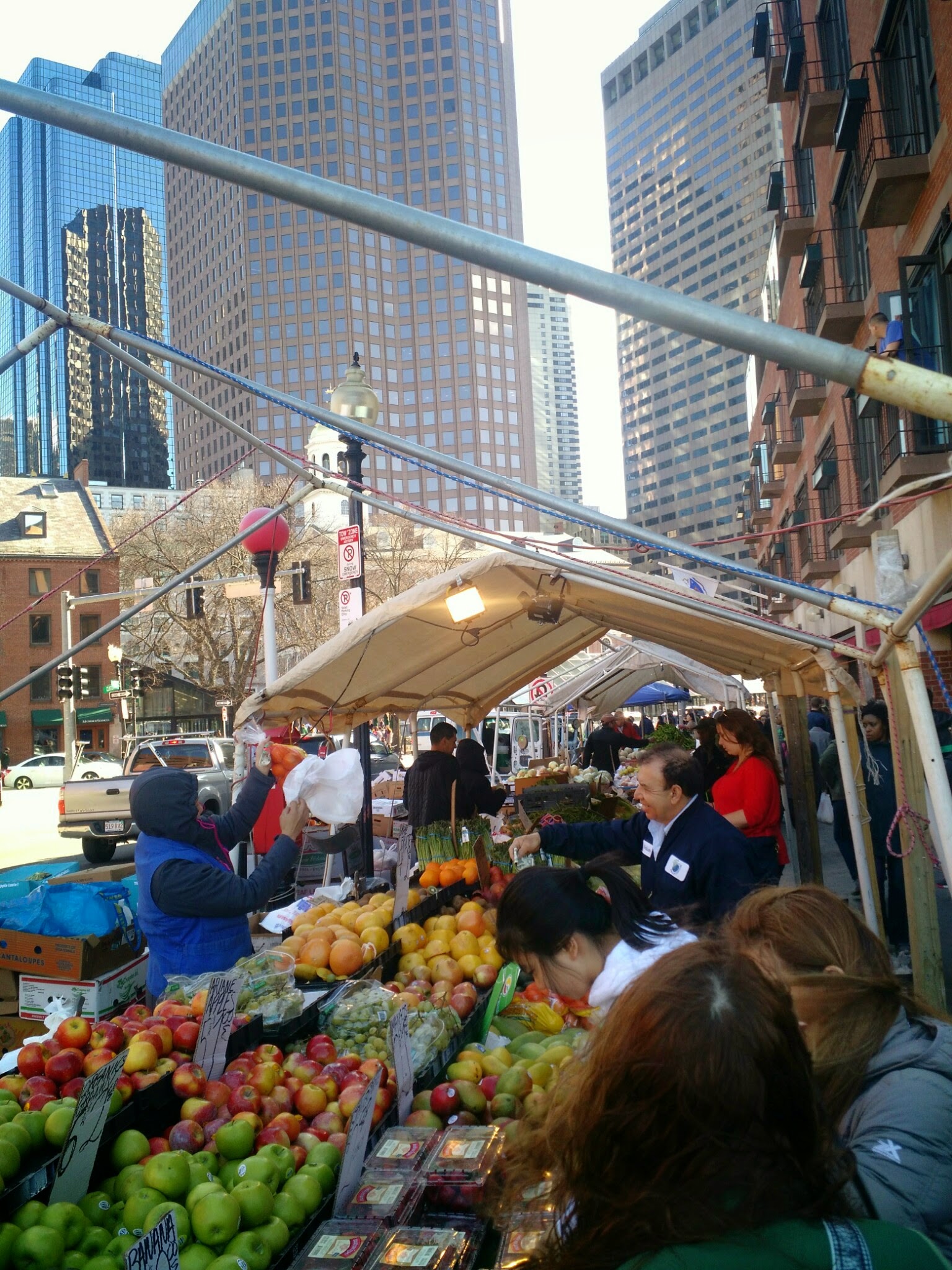 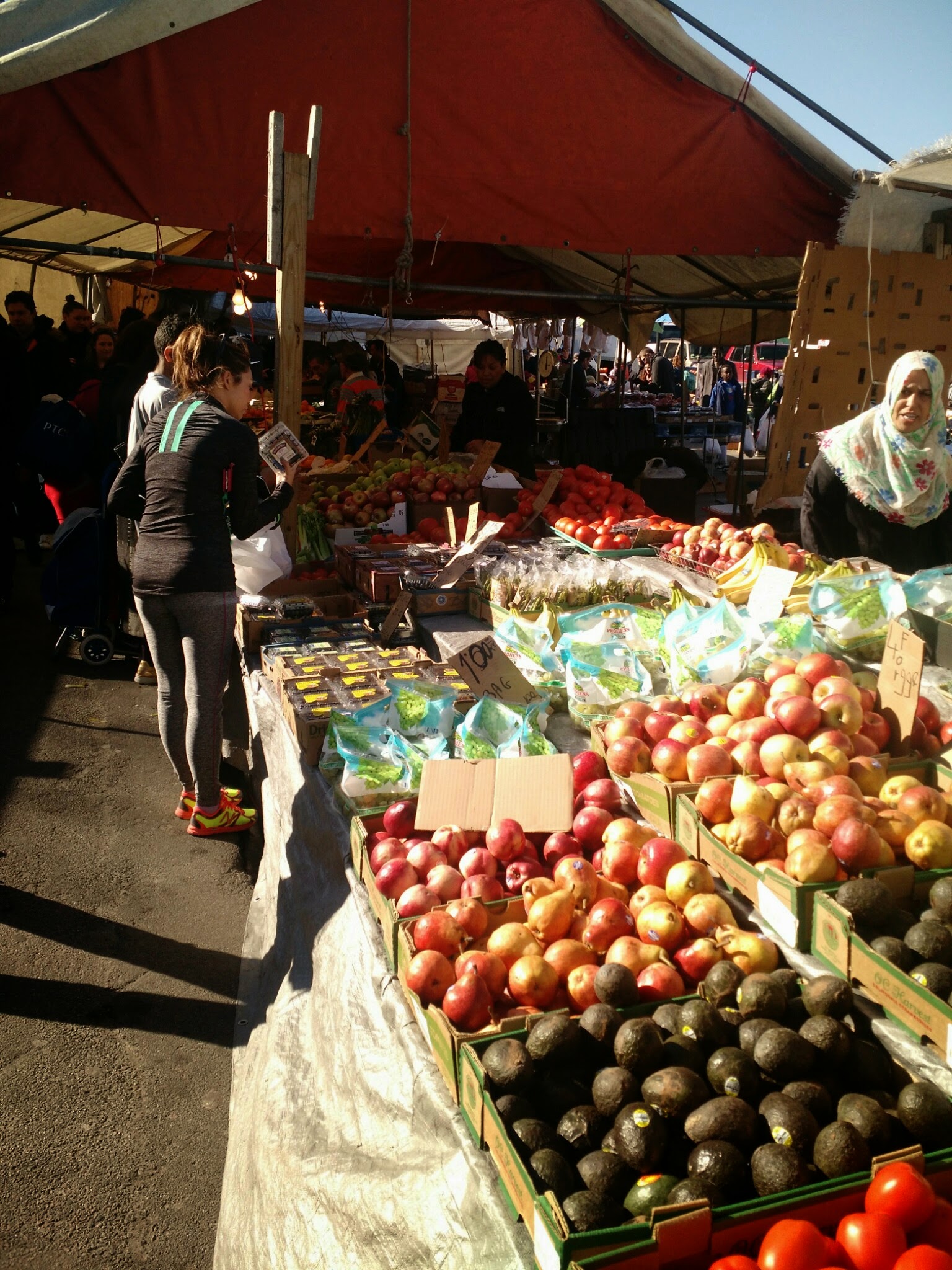 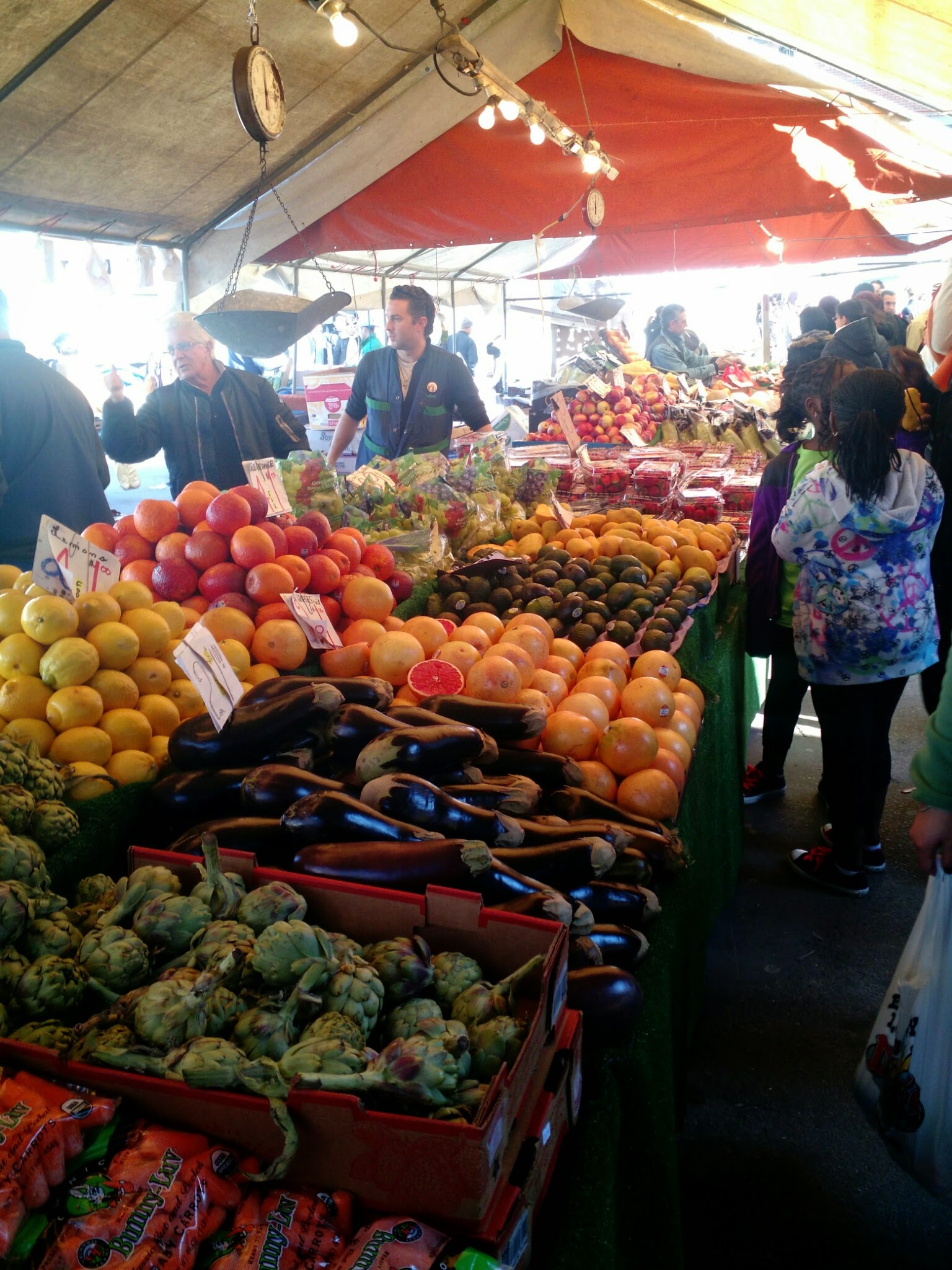 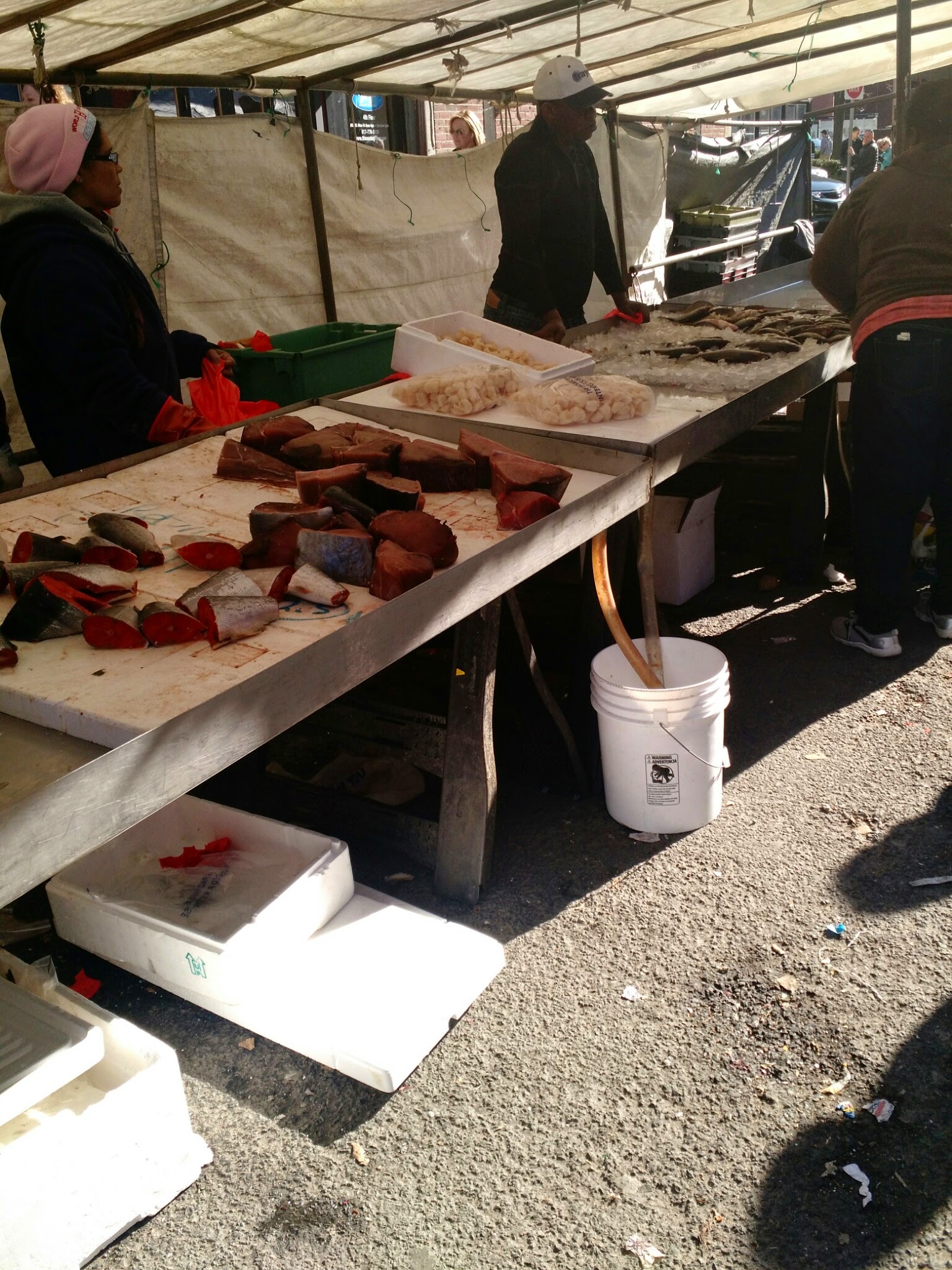 There was also some fish lying around, although I didn’t recognize any from my freshwater Minnesotan background, so I decided to stick with the fruit.

PREFROSH: Campus is pumped for CPW, possibly as much as you hopefully are. Numerous bloggers have already bestowed their wise advice, but I’ll just append one point of my own: talk to people. Never go to an event, eat food, and then just leave. You could to go Chipotle and have more social interaction (and maybe better food). And liquid nitrogen ice cream is chilled at -321 Fahrenheit, but it’s nowhere near as cool as the people who will be eating it with you.