The author of Persepolis visits MIT, and my French professor is famous

The Center for Bilingual/Bicultural Studies will present an evening with Iranian graphic novelist Marjane Satrapi on Oct. 23 in the Stata Center’s Kirsch Auditorium at 7 p.m. 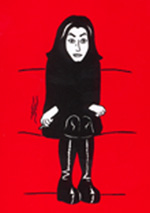 Marjane Satrapi mixed explanations of her artistic process with nuggets of advice about life and criticisms of American foreign policy. All in all, it was a very informative and entertaining event. 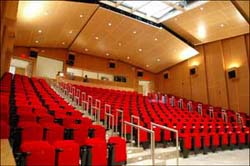 I am going to have to misquote, so please forgive my poor memory, but during her talk Marjane Satrapi said something along the lines of:

“We live in such a conservative world these days. Mention eating, and people say ‘cholesterol.’ Mention smoking, and they say ‘cancer.’ And if you mention sex, they say ‘AIDS.’ But you know what? Before the cholesterol, before the cancer, before the AIDS, there is a lot of joy. And life without joy is pointless.”

It’s definitely something to think about. 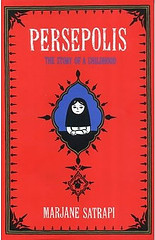 This event, like the French Hip Hop I blogged earlier, is also sponsored by the French department, part of MIT Foreign Languages & Literatures.

French-language students at MIT are benefiting from a breakthrough method of instruction developed by Senior Lecturer Gilberte Furstenberg and her colleagues. Working in parallel with English classes at institutions of higher learning in France, the Cambridge students are using Internet forums to explore issues of cultural difference that lie deep beneath the surface of language.

As Furstenberg explained in a talk entitled “The Pedagogy of Intercultural Understanding,” given on Oct. 20 under the aegis of the Center for Bilingual/Bicultural Studies, “Learning entails not just facts and knowledge but building understanding of another culture, a journey of exploration and discovery.”