A trip to Boston's Museum of Fine Arts

Last weekend, I went to Boston’s Museum of Fine Arts (MFA). All MIT students get in free with their MIT ID Card, which is always exciting. 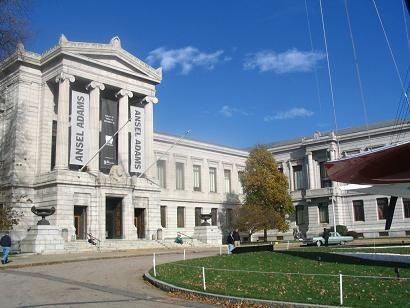 Look at the good weather, even in November! I wonder how long this will last…

This ship is part of the “Things I Love” collection, on loan from William A. Koch. Who is he, you may be asking? Well, from the MFA’s website:

“Founder of The Oxbow Group, one of the top 500 privately held companies in America, William I. Koch is an international businessman, chemical engineer trained at MIT, world-class sailor, and devoted father. A benefactor of the Museum, Koch is also a passionate collector, described by The New York Times as ‘one of the most prodigious collectors of wine, art, and antiques in the United States.’

” ‘Things I Love’ features choice objects from Koch’s many collections — from ancient Roman to contemporary American — throughout the Museum. The exhibition explores the collector’s interest in sailing and the sea (Koch captured the America’s Cup in 1992) with nautical paintings by Lane, Boudin, Dufy, and Homer; ship models and figureheads; and silver trophies. Koch’s fascination with the American West is represented by major paintings and sculpture by Remington and Russell, Native American works, and rare firearms including the gun that killed Jesse James and General George Armstrong Custer’s hunting rifle.

Another highlight of the collection is a group of important nineteenth-century paintings and sculpture by Monet, Renoir, Degas, Cezanne, and Americans Chase and Bunker. Great works of twentieth-century art by Matisse, Picasso, Dali, Modigliani, Maillol, and Arp round out the picture of Koch’s diverse collecting interests.” 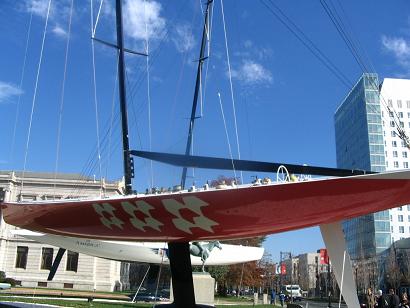 Contrast the above piece from “Things I Love” with the museum’s lobby below: 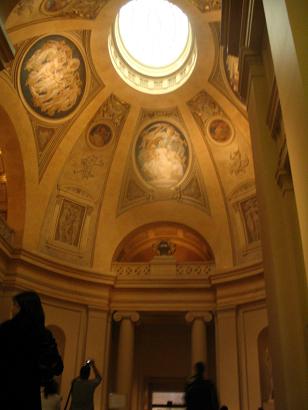 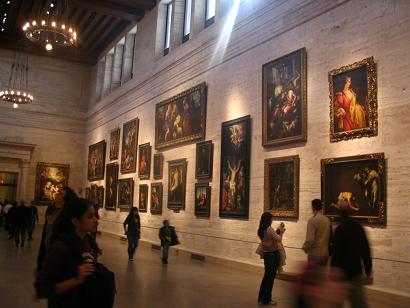 A hall of paintings in the European section. (Reminds me of Pemberley) 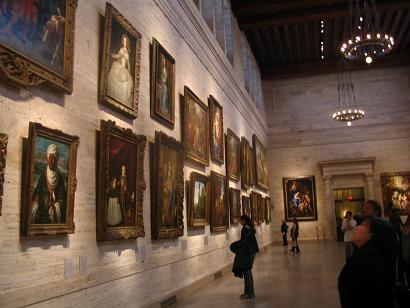 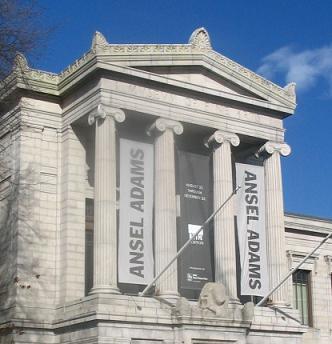 Also, check out the MFA’s extensive schedule of films. Though your MIT ID Card won’t get you free admission, you still might be interested in the films they are showing =)