The median of an introductory trilogy

—
August 17th was a Saturday, and it started out as a good one. I was awoken by the indignant rumble of my ungrateful stomach, which was screaming for food. Not wanting a fight this morning, I ran to the kitchen, and dug through boxes of cereal and bunches of fruit until I found something that made my intestines hum melodies.

The morning plowed its way through the corridors of time, and I ricocheted around the house, asking questions, trying to see what I had forgotten, what shoelace was missing, what sock was hanging around quivering in fear and hoping not to be left behind.

It was time to return to MIT, and I was pretty excited. I had already formed the visions in my head of what “the return” would be like. A chance to be gracefully swept (or brutally pummeled, depending on what day of the week it was) through the current of people that paced the Infinite. The chance to lounge around with friends and take turns expressing vast anger with problem sets no doubt carefully engineered in some underground pain laboratory. These happy thoughts kept me company as I stuffed my things into four huge airport-bound bags…and then it happened. I heard it. For a long time, I did. It kept me rooted still, fixed to the floor, listening to my heart thump, waiting…

Things didn’t get any better when I arrived at the airport. We drove there in slight glum, the events of the past hour hanging over us like a palpable shroud. I was already dangerously close to being late, so I quickly checked in two of my luggage bags, hugged my uncle and his family, and ran through the security checkpoint, after heaving two non-checked-in-bags onto the conveyor belt that would glide through the security scanners.

I passed through security, got my bag, and was about to leave when…

I spun around. Yup. Somehow, sitting obnoxiously away from me, on the other side of the security scanner, was my second bag, which must have somehow fallen off.

Five minutes left until the flight.

My uncle and his family waving at me, unaware that it wasn’t over yet.

Several unsavory expletives and a second security-scan later, I was running with my two luggage bags towards the plane. From speakers above, someone boomed out my name. Everyone had boarded. The plane was ready to take off. I was keeping everyone waiting.

Luckily, I made it in time, and waded down the length of the plane, my bags smacking the knees and feet of several already irate-looking passengers. I finally collapsed onto my seat, breathing out in exhaustion.

“Classic Vincent,” I muttered to myself. Beside me, an elderly woman glared. My bag was on her feet.
—
Campus Air

When the plane landed, I went into an undignified battle with my four luggage bags. I still wonder how I managed to move all of them at once from the baggage-claim room to outside the airport where Boston Summer Heat rained sulphuric acid lavished hugs on me. I found a taxi.

“290 Massachusetts Avenue,” I told the driver, as I wrestled my bags into the trunk. 290 Mass. Ave was Random Hall.

Naturally, I was dropped somewhere close to Random, and because I still hadn’t figured out that the best thing to do in a strange new place was to ask for help, I decided that I could identify Random, and began a brave ten-minute walk in the opposite direction.

I was just about to collapse on the side of the road from exhaustion and lay there until some dog came by and decided to bite my leg off when a graduate student named Peter saw me. Young, wide-eyed seventeen-year-old boy covered in sweat and dragging two stacks of four bags.

He helped with the bags, led me to Random, and wished me the best of luck at MIT. The world needs more Peters.

I spent the rest of the day wandering around. I got the key to my room, and saw a collection of books outside my dorm and…well, let’s just say, they had “interesting” titles. I ran to the Student Center, got orientation information from some nice people, and a list of 101 things to do Before I Graduate. I had lunch at Subway. I saw a cat meow at me, and meowed right back.

That evening, I was on one of those benches outside the student center, watching the sun sink lower. From where I sat, I could see the Alchemist Statue, curled up on the floor, staring moodily at the building across, as though afraid to head there for a Biology Final it hadn’t studied for. I watched two students race. One of them pumped his legs as hard and as fast as any legs could move, but he didn’t win, which wasn’t surprising, since his competitor was racing on a bike and laughing.

Some girls passed me, saying something about registrations.

I felt it sink over me, the awe of MIT, the awe of its history reaching up from invisible depths to welcome me with open arms, the awe of what lay ahead, the awe of what was coming. I felt happy.
—
Two Busy Weeks, part 1
I soon found out that time raced at MIT, as though trying to keep up with the energy of students. A thousand events happened at the same time, from shenanigans I can only hint at, to information sessions, to barbecues, to ambitious projects. International Orientation flew by, during which I discovered that the Red Sox and clam chowder make Boston happy. I met a ton of students, and soon found that my accent posed a slight problem. Sometimes, I would speak too fast, and would often have to repeat myself to be heard. Sometimes, people didn’t even bother trying to figure out what I was saying. I remember a conversation that went like this.

Person: Where are you from?

Me: It’s awesome. What course are you thinking of majoring in?

Person: Sorry, can you repeat that?

Me: What course are you thinking of majoring in?

Person (didn’t hear me the second time): Oh, okay, that’s cool.
—
I participated in the Discover Electrical Engineering and Computer Science FPOP, and was grouped with two students, (one of them, Erick Pinos, is actually an admissions blogger too, and is totally awesome!). Our group, alongside twelve or thirteen other groups spent the next 5 days building Lego robots and programming them to move around a maze with the help of photo-sensors. 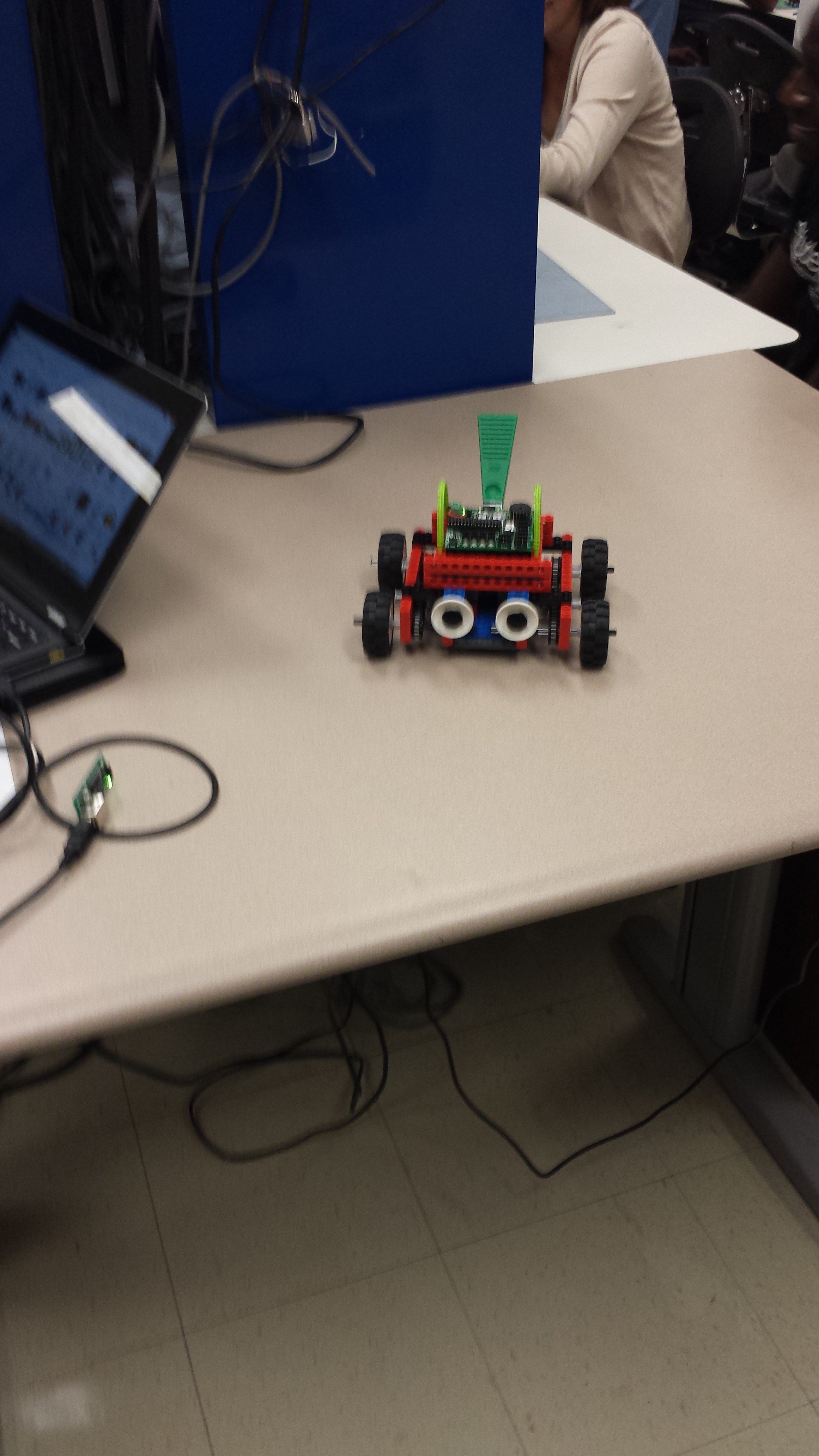 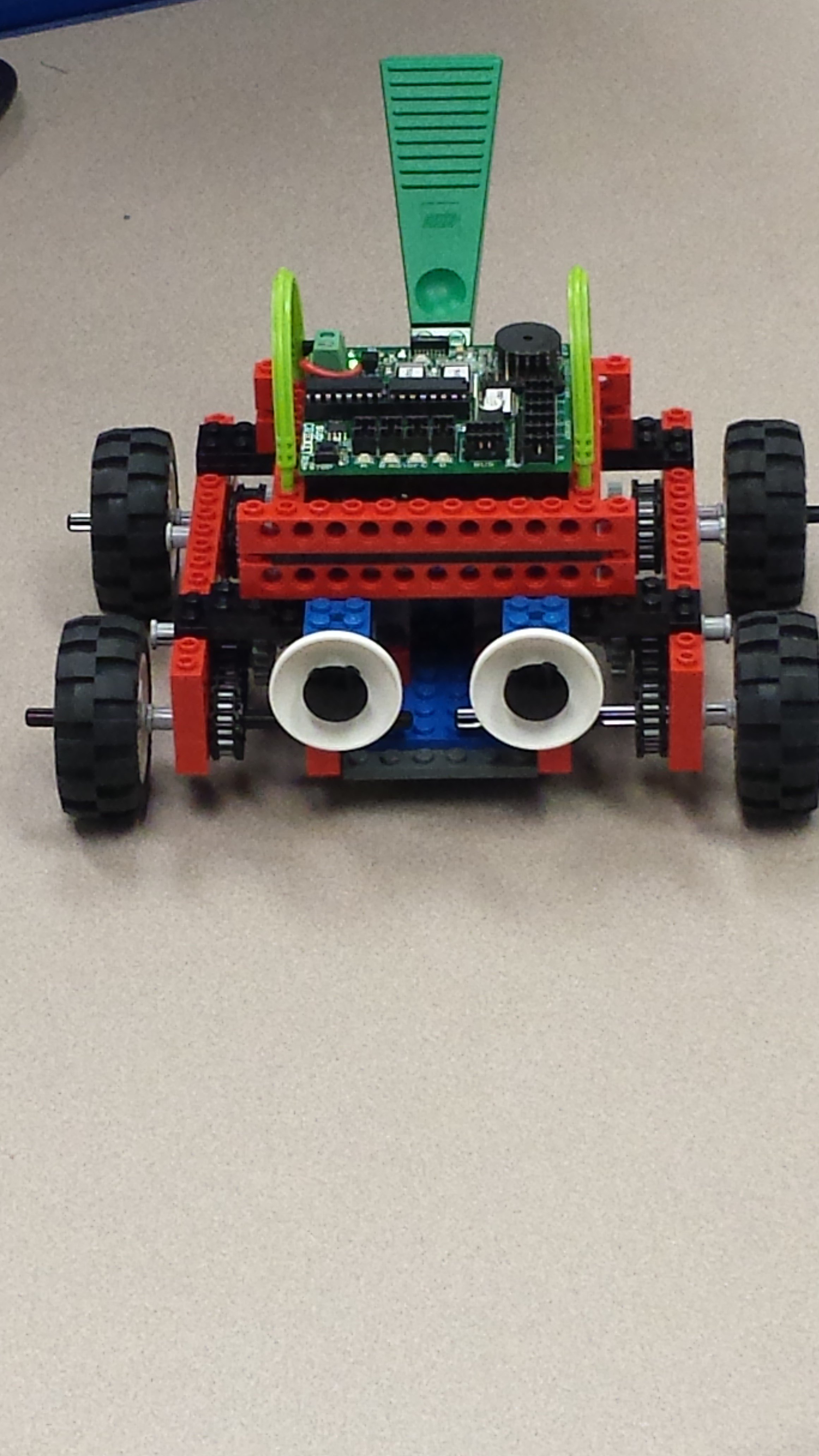 During this FPOP, we had the craziest mystery hunt ever, engineered by an awesome grad student. Basically, we had to unscramble a really long anagram which led to a website that revealed an entire page of coded words. We decoded the page, and it led us running to the Infinite Corridor where we found a map that pointed to four places on campus. After a zigzag through the lumbering Stata Center, two floors of a humanities library, and some corridors I had never seen before, and after lamenting our collective cluelessness at a paper filled with q’s, w’s and asterisks, a sheet strewn with meaningless numbers, and torn newspapers containing clue-potent images unmasked only by the right kind of light, we still weren’t able to finish the hunt, despite the fact we had spent six hours on it. They had to tell us everything else, including where the final clue lay.

And now, I want you to tell me where the final clue lay.

Can you figure it out with the following:
1) The 3rd 3-digit even palindrome divisible by 111
2) An “Illuminati” Ambigram that is supposedly a hint.