Last Saturday was the first ever MIT Mini Maker Faire, and (at least according to MIT News) it was a huge success! My photography skills are less of a success, but I gave it a shot. 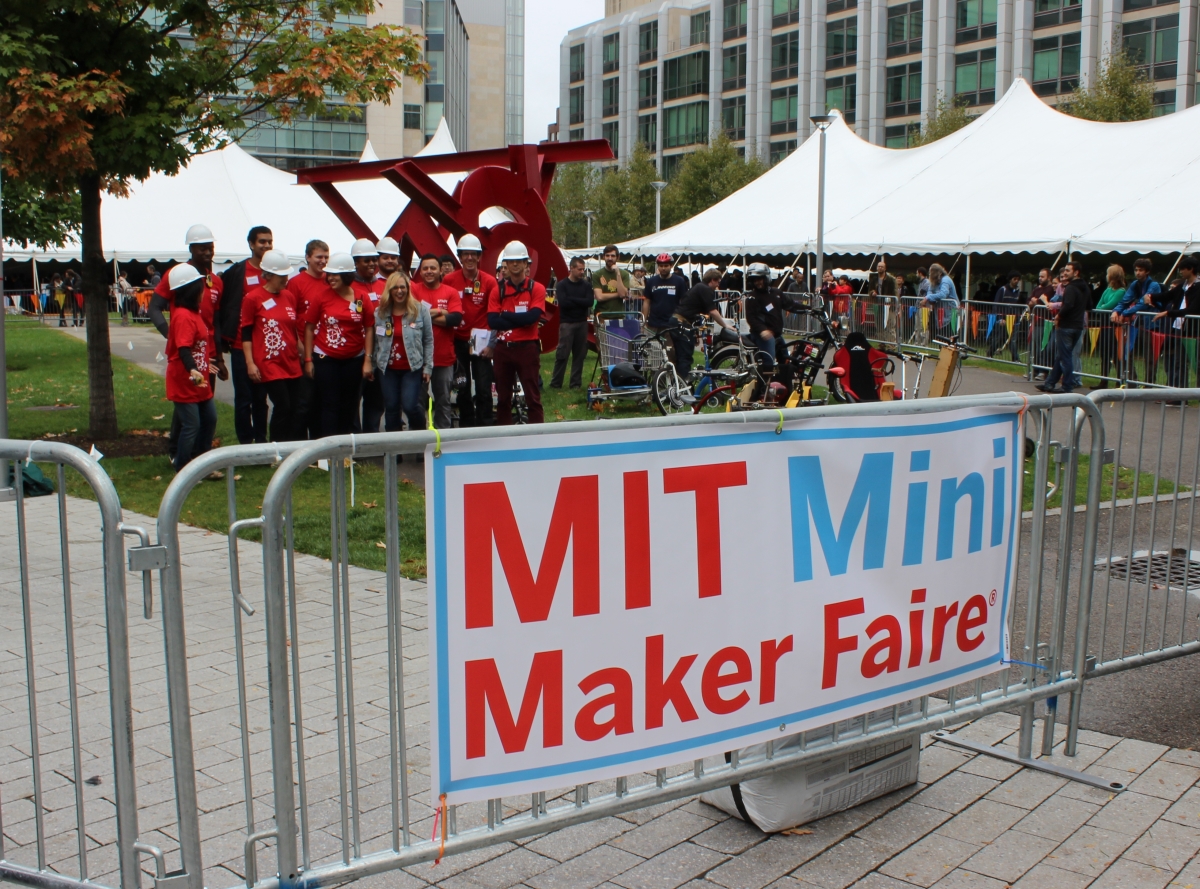 There have been tons of articles written already, even by people at Make Magazine, and I’m not sure I can do the event justice in this blog because of my general inexperience with STEM maker culture (although I’ve had plenty of immersion with the arts).

I’ve been to county fairs with craft exhibition booths and ventured to Comic Cons to walk down artist alleys and admire all the awesome cosplaying efforts (even sometimes joining in). In my opinion, the Maker Faire seemed to showcase this idea of demonstrating your artistic creativity with the additional component of technology.

Instead of traditional sculpture with plasticine clay, people had 3D printed creations. Instead of hand sculpting ocarinas or other musical instruments, there were musical tesla coils. The same ideas that we’ve seen over decades of evolving culture were there—sculpture, music, fun, curiosity—people were just working in slightly different mediums. And that was awesome.

If anyone who went to the MIT Maker Faire who has a more technological-rich background wants to comment about their experience, that would be wonderful. I went with one of my friends who is Course 2 (Lauren W. ’16, who is featured in the video) and she helped me understand why some of these machines/creations were cool from a mechanical engineering standpoint. I feel a little guilty, though, because I’m sure there were plenty of exhibits here that I could only really appreciate aesthetically or as a  concept, simply because of my background in biological engineering/sciences rather than physically building things. Even though I would love to learn how to construct cool things someday; so much to learn, so little time.

If you have any other questions beyond what I showed in the video or was written in the articles, feel free to ask and I can do my best to share more of my experience here! It’s mostly just amazing/wonderful/etc. that MIT has such a strong Maker Culture (Petey even gave a talk about it at the New York Maker Faire this year!) so that cool events like this can happen and get so much participation from undergrads, faculty, and the Cambridge community. Hopefully it inspired curious people both young and old to keep thinking and dreaming and creating more things.