Oh look, how interesting. MIT seems to have won an Olympic gold medal at Torino. All photo credits go to Matt Peddie ’09.

A pretty nighttime shot from far away. Note how the medal design has a hole in the middle just like the Torino medals. 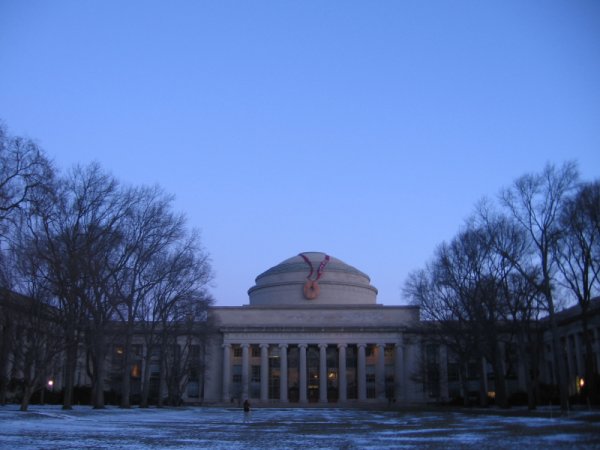 A much more close-up shot. You can see the construction and securing details. 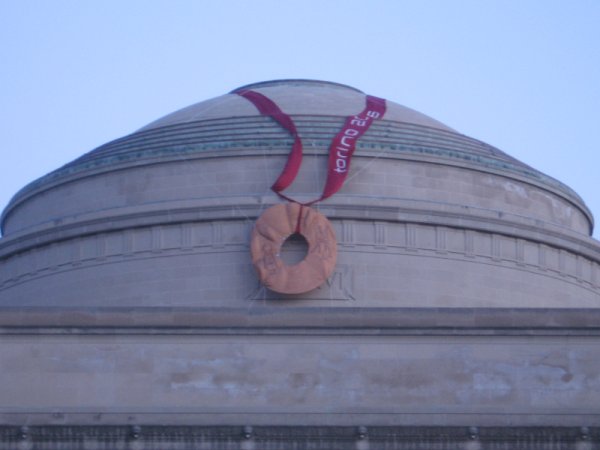 It was a very windy day, but the medal stayed in place despite its best efforts to escape. 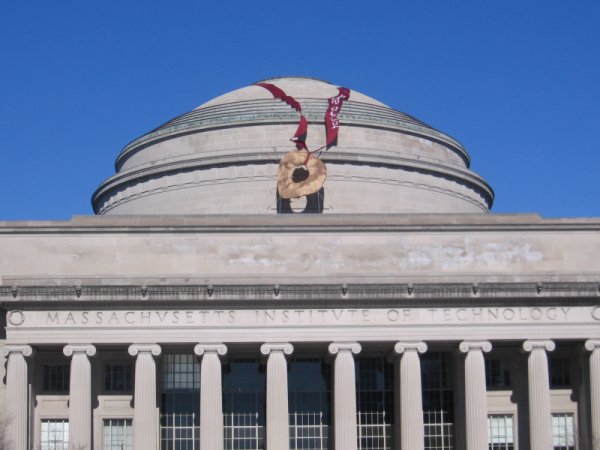 MIT’s victory attracted quite a bit of news coverage.

Not that such odd occurrances are so unusual at MIT. You can read a decent list of hacks from the last couple of years here. Unfortunately most of them have no descriptions or pictures yet, but it at least tells a lot of what’s been going on.

9 responses to “MIT wins the gold”