I’ll start off by linking to some of your photos:

CPW is a crazy time for us, as we finally get to put the face with the application. Sometimes, it’s just as we thought — for example, Kiersten, who’s as sweet as you’d imagine — and sometimes, that picture in your head is a bit off — like Eric Schmiedl, who’s insanely tall and imposing (but still super-awesome)! It’s also a time to see some folks we haven’t seen in a while. It was nice to see folks I met last summer on campus (you know who you are), or last fall on the road (so do you). Even then, the image in your head changes over time — like Jenna, who I somehow didn’t recognize, or Katharine, who was even more energetic than I remembered. It was nice to actually hear Pia’s voice, to meet my first person from Wales (Dominique) and Mauritius (Geraldine), and of course to meet many of the parents, too (hi!).

The “Meet the Bloggers” party was a lot of fun, not because anything specific happened, but rather because it felt nice and comfortable — even people who had never met before were getting on like old friends. If you want the actual play-by-play of what went down, here goes: people started showing up (thanks!). We made root beer floats (yum). There was much chatting. The bloggers all said a few words at the podium. We sung happy birthday to Kelly. We took a group photo (see below). We chatted some more, and had some more root beer floats.

But it was the warmth in the room that made it all memorable. Hopefully that warmth comes through in these photos… 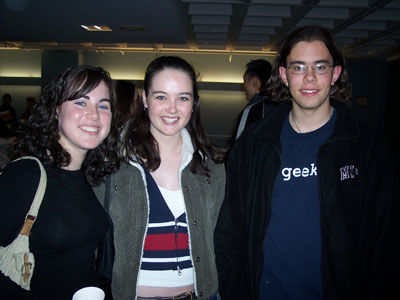 The crew of Katharine, LBizzle, Jackie, Clifton, An, & Rebecca… 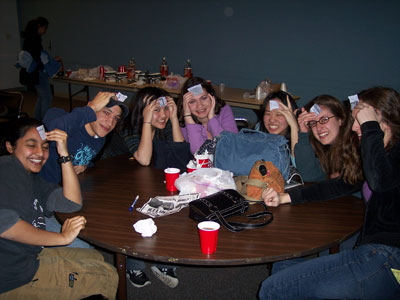 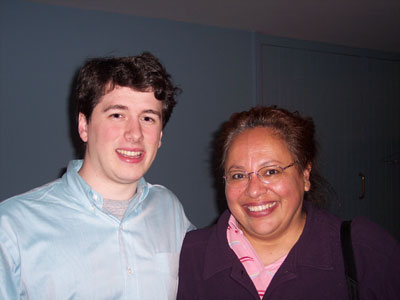 I pose for a picture with Lupe (where was Victoria??) 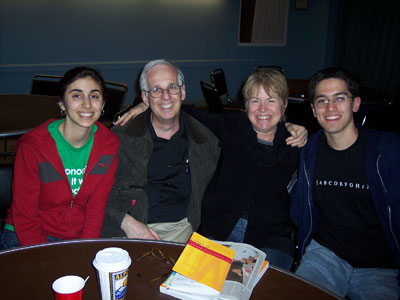 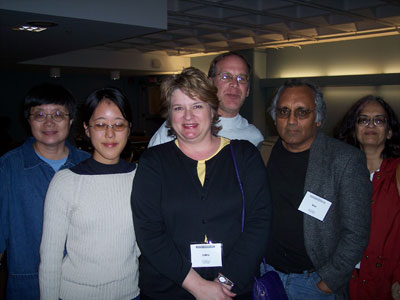 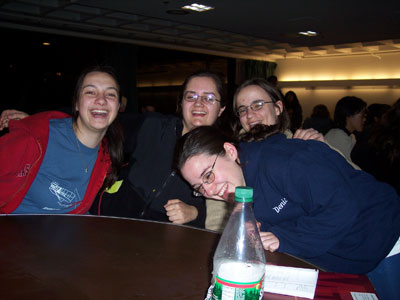 A good laugh is shared (maybe a New Jersey vs. Texas joke?)

The party attendees listen to the bloggers address the crowd…

The great shot of the party attendees. That’s Gloria’s little brother (future Patriots running back) I snared in my grasp =)