It's been an amazing year!

Hey guys, it’s been a ridiculously long time since you last heard what’s been going on in my life so I thought I’d throw together a giant life update to catch you all up to speed.

If I had to name one aspect of myself that has changed the most in the last year, it has to be the volume of hair on my head. Although I always dreamt of growing out the afro, I never had the opportunity until I moved out. With no one to provide monthly reminders of what a well kempt hair cut looked like, I bought a pick and went on with life as usual. 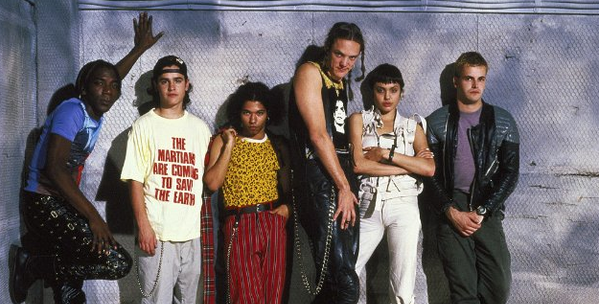 This is the story of a boy who watched the above movie (Hackers) and fell in love with the concept of Computer Science. A boy that believed if he became a 1337 hacker that he could one day hack a Gibson and get the girl (Angelina Jolie). He started off simple, spending the hour a day of internet time he had learning syntax and the concepts. Writing a program here and there, he slowly expanded his knowledge until it became second nature. His middle school years ended and he started his time in high school with even more opportunities. Around Junior year he used his computer skills to obtain an internship at a local credit union. One thing led to another and he expanded his abilities, leaving the credit union and joining/creating his own web consulting firm. Here we find ourselves in the present as he enters his senior year in college, finishing up his degree in supply chain management, still programming on the side. This is the story of my older brother.

You see, computers were always my brother’s thing. Growing up I would spend my internet time playing video games while he would use his time doing productive things. When he got a new computer for his birthday and we finally upgraded to DSL, I saw it as an opportunity to play CSS lag free while he continued to learn. I wanted nothing more than to carve my own niche in my family, so programming was something I never touched. Around sophomore year I decided that Physics would be my college major of choice. I had always loved math and problem solving, so it seemed like the logical field. I was convinced I’d be a good little course 8 until CPW rolled around.

Friday night there was an interesting SIPB discussion where a couple alumni talked about what they were currently doing with their 6-3 degrees. I decided to go and see what all the fuss was about and what I found was exactly what I wanted to do. The perfect combination of math and problem solving, Computer Science was what I was really looking for. A few months passed and I took my first programming class during IAP and it just felt right. I wish I’d joined my brother 10 years ago.

These last few months have been interesting in the realm of seeing and meeting celebrities. My last blog post was about meeting the wonderful Walter Lewin, an academic hero of mine, but the excitement didn’t end there. Earlier this year I was able to listen to GZA (founding member of the Wu-Tang clan) give a speech about the current state of hip hop around the world. Afterwards I was able to take a picture with the legend and have him sign a poster and it was wonderful. He turned out to be really down to earth. But once more the excitement didn’t end there. Around the same time Regina Spektor announced a tour date in Boston and there was another date to look forward to!

I’ll have a more detailed post about this topic later but here’s brief overview of what the last few months have consisted of. I was employed as a Residential Facilitator (fancy speak for a TA who lives with the participants) in the Interphase program. I was responsible for holding recitation twice a week and taking care of four of the participants (which consisted of Sunday afternoon brunches at IHOP after the wait at the Friendly Toast was approximately two hours). Experiencing Interphase from the other point of view was interesting and ridiculous amounts of fun. Who knew freshman could be this fun!