this is extra but i'm doing it anyways

Note: I know literally nothing about food. I love food, but have very few nuanced opinions about it.

I mentioned this briefly in a previous blog post, but I’ve been trying to see more of Boston and Cambridge this semester. My method of doing this has been going out to new⁠01 and not just Le's in Harvard Square or The Friendly Toast in Kendall, which are the only restaurants I used to go to before restaurants and bars with my friends. This month, I actually managed to rack up a LOT of new ~culinary experiences~, and I’ve gotta say that going out to dinner with my friends has been a much more productive bonding experience than just sitting somewhere and psetting together for hours on end.

So here’s a list of restaurants/bars that I patronized this month – they’re all excellent and I would highly recommend trying literally any of them out :)

The Painted Burro – This was where I went with my boyfriend to celebrate his return from GTL Israel over IAP! It’s a cool Mexican place out in Davis Square⁠02 Tufts has Davis Square, we have Kendall Square, and Harvard has Harvard Square because of course they do , which is pretty far out of the MIT bubble. We had *really* good margaritas and some truly fantastic tacos, and also got the added bonus of getting to watch the SuperBowl on the bar TV. Not that it was very interesting, though, because the Patriots⁠03 GO PATS weren’t in it. 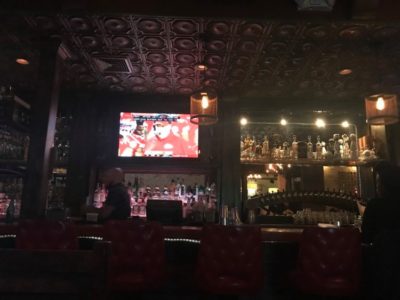 the bar + the superbowl

The Mad Monkfish – Mad Monkfish is an Asian fusion place that used to be called Thelonious Monkfish for whatever reason, and I haven’t been able to stop calling it that even though it changed its name like more than a year ago. It has amazing sushi combos as well as really solid Asian food. I got their tonkatsu and enjoyed it a lot. We also shared a GIANT glass of some sort of pineapple alcohol. Like actually giant. It was bigger than my head. 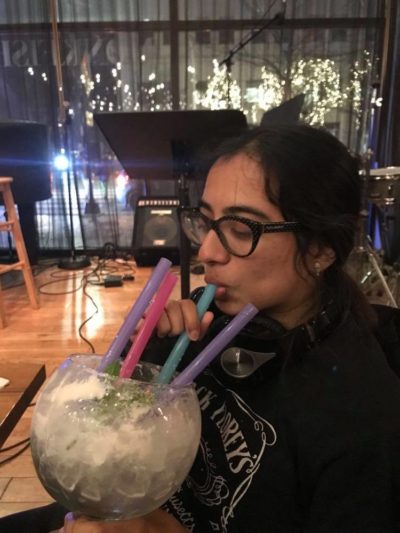 i was not kidding

The Muddy Charles – The Muddy is possibly my new favorite place on MIT campus. It’s the grad student run pub in Walker Memorial, which means I can LITERALLY see it from my window. I go here all the time with all sorts of different groups of friends/coworkers. If I could compare it to anything, I would say it’s super similar to how The Three Broomsticks is described in the Harry Potter series, although the Muddy sadly doesn’t have any butterbeer. They do have six dollar pitchers of beer, though :,)

(I go to the Muddy all the time so I don’t have any pictures of it because going there is barely an occasion anymore, oops lol)

5 Spices House – 5 Spices is a pretty well known restaurant in Boston’s Chinatown, but they have a location in Cambridge on Mass Ave now! My friends and I wandered in here by chance after discovering that the brunch place we had been trying to go to was closed, and we were not disappointed. The serving sizes are VERY large and the prices are very low.

Roxy’s A4CADE – This is definitely my favorite place that I’ve been to all month. Roxy’s is a (truly amazing) grilled cheese place by day, and turns into a barcade at night. I didn’t play any of the arcade games because I am not good at them, but the vibe and the drinks are next level. 11/10 would go again at literally a moment’s notice. It does get super crowded later in the night, though, so definitely go early :) 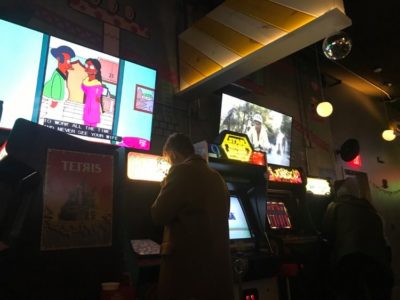 the simpsons and arcade games, literally a perfect place

Little Big Diner – Joon and I took the Green Line all the way to its farthest reaches to go here. Little Big Diner is located in Newton, a fairly affluent suburb of Boston, so the ramen here was pretty expensive, but we agreed that it was totally worth it. One thing we also noticed⁠04 and were careful to only talk about in Japanese was that we were *literally* the only Asian people in the restaurant, including the cooks and the waiters. The ramen was amazing though :P 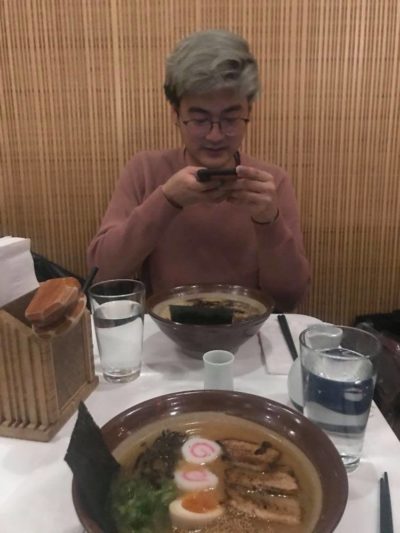 Shojo – Shojo is a really cool fusion place in Chinatown that is known primarily for its HUGE whiskey collection, but also has amazing food. Joon recommended that I try the kimchi fried rice and it was a solid 13/10. I think the revisit value of Shojo is really high because there are tons of different entrees and none of them cost very much, so I’ll definitely be going there again. 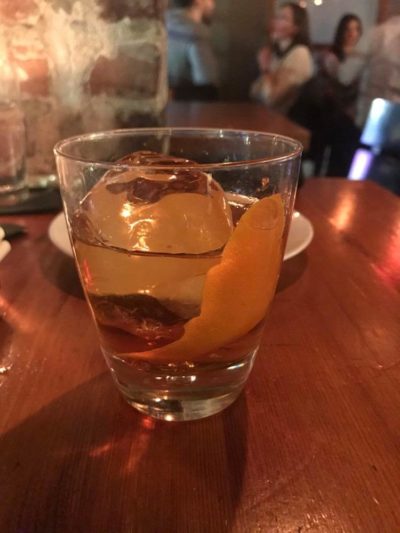 The People’s Republik – This place is literally exactly what it sounds like: a Soviet Russia themed bar, lol. The drinks are really cheap⁠05 probably because a lot of grad students live around Central Square and also really good. The decor is also…something else. It’s very red. Go figure. 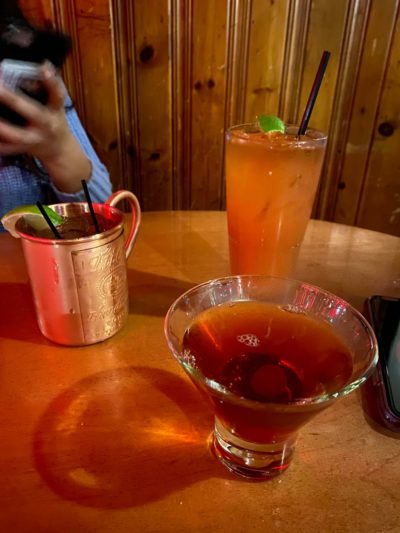