I was browsing through the MIT Course Catalog, and thought these classes looked pretty thought-provoking.

I was browsing through the MIT Course Catalog, and thought these classes looked pretty thought-provoking. (I stuck only to classes that were offered this fall.) Feel free to add your own favorites.

Using the popular cable television series “Sex and the City” as a catalyst for discussion, seminar participants will examine gender roles, gender stereotypes, and sexuality. We will especially focus on changes in gender role and expectation over the past two decades and the impact that “Sex and the City” and other media have had on current college students’ perceptions and behaviors. Topics of interest will include: dating, relationships, sexual health, balancing plans for career and family, body image, and sexual orientation. Seminar participants will also explore whether experiences of characters in “Sex and the City” are generalizable to people of differing racial, ethnic and economic backgrounds. Students enrolled in the seminar will be required to actively participate in class discussion and to complete a final written project. No prior knowledge of “Sex and the City” is required to participate in the seminar. Both men and women are welcome and encouraged to enroll. Limited to 20 students. 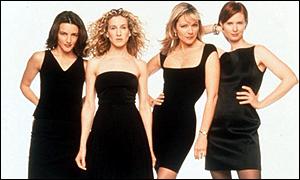 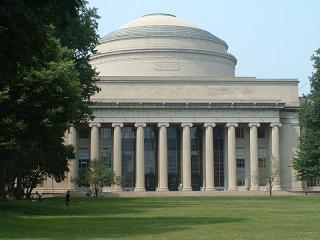 Case studies of known “colossal failures” from different engineering disciplines. Includes the collapse of the World Trade Center, the Columbia Space Shuttle accident, and the melt down at Chernobyl. Basic engineering principles are stressed with descriptions of how the project was supposed to work, what actually went wrong, and what has been done to prevent such failures from reoccurring. Can be substituted for one CI-HASS subject.
O. Buyukozturk, T. Eagar, A. Kadak, J. Freidberg, B. S. Johnston

Provides an outline of the history of architecture and urbanism from Ancient Egypt to the present. Analyzes buildings as the products of culture and in relation to the special problems of architectural design. History of architecture with an urbanist perspective that stresses the cultural and political context from which building arises. Designed to develop critical tools used in the analysis and appreciation of architecture for its role in creating the intellectual environment in which we conduct our lives. Required of Course IV majors. Instruction and practice in oral and written communication provided.
D. H. Friedman

Focuses on how the spaces of the modern city relate to its social life. Explores six conditions of urban space: the positive aspects of density; the qualities of liveliness; the distinction between borders and boundaries; the dilemmas of security; the problems of monotony and repetition; the nature of complexity and mixed use. Relates these conditions to sociological analyses and debates about crowding, impersonality and community, segregation, the operations of power, networks and personal freedom in the city. Combines lectures on social theory with field-work in which students illustrate a spatial-social issue photographically and discuss the result.
R. Sennett

(A little biased because I’m an econ major…)

Applies theoretical and empirical tools of economics to problems of health and medical care delivery. Concentrates on selected problems such as the welfare economics of “health” as a commodity, hospitals and the nonprofit sector, human capital and medical manpower, and innovation in medicine.
J. E. Harris

Subject studies legal reasoning, types of law and legal systems, and relationship of law to social class and social change. Emphasis on the profession and practice of law including legal education, stratification within the bar, and the politics of legal services. Investigation of emerging issues in the relationship between institutions of law and science. Enrollment limited.
S. Silbey

The acquisition and communication of knowledge demands a coherent cognitive framework within which we can reason about events and states in the world. Subject examines what frameworks are plausible, and how these choices affect our deductive and creative processes. Material includes world regularities and perceptual inference, causal reasoning, representational forms, belief structures, mental models, man-machine control, and discourse.
W. A. Richards

10 responses to “Nobody’s Got No Class!”