i feel more busy right now that i’ve been during my fall or spring semesters. the only time i can think of that’s comparable was during iap, or maybe near the beginning of spring.

but even then, that feeling was maybe i am doing much. even then, it felt like i was approaching my limit, but not reaching it, not getting past it. now, it truly does feel like i am at my limit, that i have overcommitted this summer, and that this was a mistake. it feels as if my work is tearing my body apart, as if extracting my physical energy as a tax for my sin.

the entire month of june has felt like a blur. i don’t feel like anything really happened. it’s as if the entire month has just been in my head. to be fair, this entire quarantine has been a blur, and i remember almost nothing in particular that happened since april, but june felt like this even more so.

somehow, the past month has felt simultaneously tortuous and unrewarding, as if my body is being pulled apart in different directions. yet at the same time, it feels utterly forgettable.

i’ve been avoiding talking about it on the blogs all summer long, in perhaps a stalwart refusal to reflect on what is happening in my life, but it is impossible to talk about this feeling without giving it the proper context. so here are the things i’ve been doing this summer:

i’ve been productive, right? i’ve been productive. i’ve done lots. i’m doing lots. and i’m getting things done, and on time, and therefore there must be no problems at all with my life. look, i even have time for recreation! look at this beautiful work-life balance i have: i finished the dragon prince with some friends from floorpi, and i read the antimemetics series on scp, and binged a bunch of videos from brian jordan alvarez the other day. (all of which are great media, that i strongly recommend, by the way.)

i think what finally cut through the june blur was something i was asked in a video call with some friends the other day, and it was whether i was liking my urop. and i said something like, well, i mean, i’m learning a lot of web dev stuff, and reading a lot about rnns. my supervisor’s really cool. i think the project i’m working on is pretty neat.

and at that moment, it became obvious what was wrong.

it was dissatisfying because as the days of summer went by, i felt my life became narrower and narrower, until it came to the point that i’ve reduced most of my day into a single statistic, which is how much work i got done, how “productive” i was that day, and i lost sight of everything else. the pain came from the mismatch between what i wanted, and what i prioritized. i fell into the trap i so passionately spoke against.

it feels so obviously wrong, now that i’m conscious of it. as much as i want to blame capitalism and its tendrils for instilling this belief, i played a part in it too, for saying yes to everything this summer. no single decision was bad, but collectively, it was a poor choice to have said yes to so many things.

so now i am stuck with the same question. what are the things that i’m doing right now that i actually enjoy?

i’m beginning to know the answer, but i don’t want to believe in it.

behold, it built itself up on my shoulders like clay dropping from the sky. by the end of friday i felt exhausted, and depleted, as if i borrowed a year’s worth of energy in a single month, and now i am paying for it. and all weekend long, i did nothing. i spent all day on discord. i solved a handful of puzzles with three or so friends. i stared at my terminal trying to figure out what was wrong with my docker setup, and gave up five seconds later.

i was doing so well, up until that weekend

at around four in the afternoon the ice released a new policy, limiting the extent to which international students can enroll in online classes in the fall. it was sent in a group chat i was in, and by the time i was done reading the policy, it was in seven other group chats. and yes, the policy would affect my choices—but i didn’t want to think about it. i didn’t want to think about any of that. all i wanted, at that moment, was to write a single line of code.

it was three years ago that i learned how to cry without sobbing.

you know when it’s coming. you’re sitting in front of your laptop, staring at your text editor, lamenting the fact that you’ve done nothing productive—literally nothing productive—over the past three-and-a-half days. news comes, and you ignore it. you switch back to your editor, but your thoughts are elsewhere. the tears start leaking from your eyes. your body involuntarily takes in a deep breath, gathering all the air it can to release the first, loud wail.

and when that happens, you don’t. you take all that air, and you exhale. it’s a low-pitched, quiet sound. it becomes easier to hold back the sobbing after that first breath. 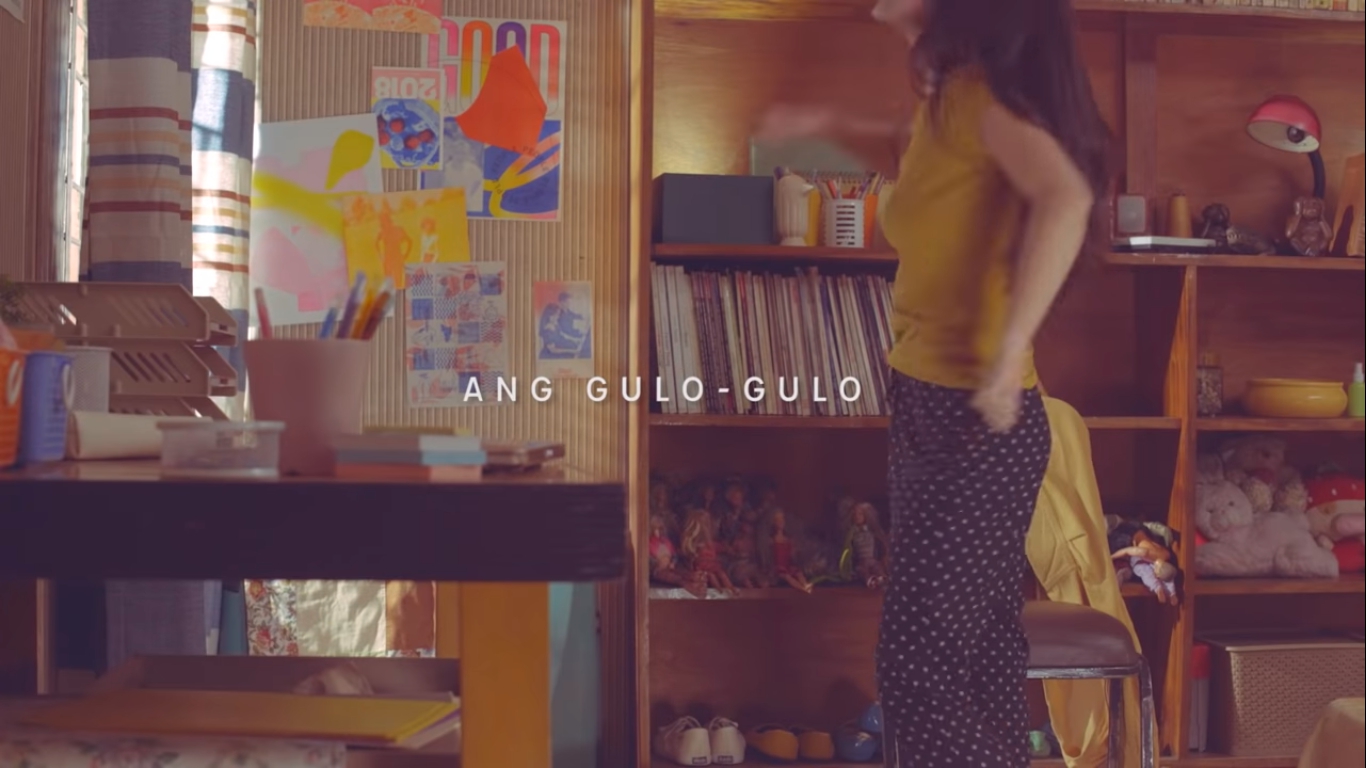 gusto ko, o ayaw bang ganito kagulo? do i want it, or don’t i want it, to be such a mess? did i want this, did i want any of this? when i left my home country just to study in the us, because i wanted to study in mit, did i foresee this? did i sign up for this two, three years ago, when i saw that tiny glimmer of possibility in being admitted to mit? was that the day my fate was sealed? do i want to keep doing this? do i turn back? in my psychiatrist’s words, if i could wave a magic wand and change anything in my life right now, what would i change?

i don’t know. i don’t know. it’s a mess, a mess. it’s not stopping, not after the workday, not in the weekends, not even in my sleep. when i’m not working, i see the news dangling in front of me, tempting me to pay attention, taunting. i feel the weight on my shoulders, building up like clay, waking me up earlier, leaving me tired in the evenings. there is no respite, no rest, walang hinto.

this is it, right? this is the meltdown, the inevitable burnout that all mit undergraduates must experience at least once. i knew i was lucky to make it out of my first year in mit relatively okay. and now the breakdown is coming at me in full force. did you think you were safe? did you think you’d come out of mit unscathed? how arrogant of you, to think that you have no ceiling in your power!

yes, i am feeling it now. i’m hitting the ceiling and i’m feeling the blowback in full force. it’s just hard to calibrate when your ceiling changes every day. the brakes that normally prevent me from doing too much just aren’t available, not when i’m spending all day indoors.

“i broke down earlier,” i told a friend, that night.

“given the circumstances today, that is not unreasonable.”

it was during the call, a little past midnight, that mit’s fall decision faq was leaked. i told him that i didn’t want to read it, or even hear a summary, until i was ready to process it. and yes, it was in the seven messenger group chats. it was in four discord channels. two of the slacks i’m in, the first four posts on my facebook feed, four instagram my days, three tweets, two emails, and a partridge in a pear tree.

i muted it. all of it. all i wanted was sleep.

when i wake up the next morning, again, an hour before my alarm, the first notification on my phone was an email from president reif, talking about the decision. i marked it as read, and archived it. it’s been a day, i haven’t read it, and i have no plans to.

with what i’ve already gathered about the decision, and the ice announcement, my options have been narrowed even further. either i study this fall on-campus, or i don’t and i leave the us. no option to study off-campus, somewhere in boston, or somewhere remote, or abroad. that’s it: study, or not, and a cascade of decisions are forced.

and i feel privileged, and tiny, and selfish to be able to ignore this for so long. that i don’t have to actively worry about it, because i’m already on campus, and i know that by default, i’ll probably be granted another exemption to stay on campus. i don’t have to worry about feeding myself, negotiating with landlords, comparing housing options, any of that. i literally only have two choices, and i only have to choose between them, and i have time.

and i feel privileged, and tiny, and selfish, in another way. here are all my friends, struggling with decisions about the fall. and yet i am unable to put their worries in context. surely these are bigger, larger problems than anything i’ve been dealing with. and there are even larger, societal problems, that feel even more removed right now.

yet here i am, complaining.

if i could just believe the advice that i gave other people, then i wouldn’t feel like this. just because other people are having problems doesn’t mean you can’t feel bad about your own. or it’s okay if you only save one person, and it’s okay if that person is yourself. or you’re valid, you’re fine, and you’re not a heartless monster for being unable to empathize with others right now.

since monday, my friends have called me, and messaged me, unprompted, offering me support. they are too nice to me, and i don’t deserve them. and all of their messages, all of it, feel like they boil down to the same idea. just because other people are having problems doesn’t mean you can’t feel bad about your own. and while i know this is true, and i know the dozens of different ways to say it, it still feels better when someone else says it.

i wrote this entire post thinking that i’d get answers after writing two thousand five hundred words, but all i have are more questions.