There's more to the MIT community than just famous researchers and brilliant students.

Almost three years ago, I wrote an entry which was very special to me, talking about two people at MIT who had touched many lives. I entitled the entry “Our Friends,” in memory of two special members of the MIT community: James “Big Jimmy” Roberts and Howard Brown. My annual donation to MIT ever since has been designated for the James (“Big Jimmy”) E. Roberts, Sr. Memorial Scholarship Fund (sometimes known as the “Big Jimmy Fund”).

Today’s Boston Globe had the news of the passing of another special member of our community. John Jackson was the longtime cook for the Delta Kappa Epsilon (DKE) fraternity at MIT. I never met Mr. Jackson, but the reverence with which the MIT alums speak of him reminds me of many people from my MIT experience, including Mr. Bishop, Baker House’s erstwhile night watchman, as well as Big Jimmy and Howard Brown. The part of the article that most touched me was this:

Mr. Jackson [was] a father figure to generations of young men in the house […] As well as nourishing bodies, Mr. Jackson enriched DKE brothers’ souls and minds, members of the Massachusetts Institute of Technology fraternity said.

Here is the full text of the obituary: 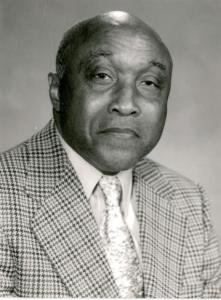 A strange thing happened Oct. 19 at MIT’s Delta Kappa Epsilon fraternity house: The pilot light on the main Vulcan stove in the kitchen where John Jackson had cooked for half a century suddenly went out. About the same time, current cook Tom Egan, who had been baking pizzas, said he received a phone call from an alumnus telling him of Mr. Jackson’s death.

“I think Jack used his last breath to blow out the pilot light to make sure we knew who was still boss around here,” Egan said, using Mr. Jackson’s nickname. “It’s still giving me goose bumps and shivers.”

Mr. Jackson, a father figure to generations of young men in the house, died of cancer Oct. 19 at Sherrill House in Jamaica Plain. He was 92 and had previously lived in Roxbury.

As well as nourishing bodies, Mr. Jackson enriched DKE brothers’ souls and minds, members of the Massachusetts Institute of Technology fraternity said. He gave them a connection with the past by carrying on old traditions.

“You could get an idea of what dinner was like in 1948,” said Ted Devlin of Somerville, a self-employed industrial designer who lived at the Memorial Drive house from 1983-1987. “At three bells, you gathered in the living room. At four bells, the sliding door was opened and you waited at your chair until the brother in the president’s chair sat down. If you were late, you ate in the kitchen.

“Saturday dinner was formal: jacket and tie,” he said via e-mail. “And, of course, if a woman had to leave the room, all the men rose from their seats.”

Today, hundreds of MIT alumni consider Mr. Jackson their brother; the fraternity made him an official DKE member, Devlin said. “Although Jack started as a cook, his role became much more rich and important as social barriers dropped over the years,” he said.

Mr. Jackson was a sounding board and an example to countless young men, who found comfort and perhaps some direction in chats with him.

“Not that Jack would expound on politics or philosophy,” Aaron Berg, a consultant from Beverly and member of the class of ’88, said via e-mail. “But just seeing him in action preparing for the day – maybe rolling out dough for biscuits or prepping ground beef for Salisbury steaks. . . . Jack was, in my mind, an embodiment of the Greatest Generation – dignity and character, the real kind.”

John Lewis Jackson was born in Ladonia, Texas, one of five children of John Lewis and Emma Jackson. His father was a plumber. His mother died when he was 9, and his father remarried.

He enlisted in the Navy in 1937, a time when African-Americans could not aspire to high rank, and was assigned as a cook.

Stationed at Pearl Harbor aboard the USS Helena for four years, he had just reenlisted when the Japanese attacked. He was slightly wounded twice during the bombardment and was awarded the Purple Heart, said Martha Beacon of Mattapan, a longtime friend of Mr. Jackson and his caretaker in later years. He served in the South Pacific until the war ended.

For a time during his Navy service, Mr. Jackson was stationed aboard the USS Stanton, which was docked in Boston in 1944. During that time he met and married his first wife, Sally. The marriage eventually was dissolved.

In 1947, DKE “house father” Lewis Gosman, who said his job was to keep the 35 young men “in line and well behaved,” hired Mr. Jackson as cook. After he retired in 1994, Mr. Jackson was persuaded by the brothers to stay on to cook breakfast for several more years.

Whenever DKE fraternity brothers meet, they talk not only of Mr. Jackson’s caring, but of his special culinary treats, some with a Southern twist. They recall his “banana goodie,” which Egan said included the bananas DKE brothers ignored. Mr. Jackson mashed up the old bananas with vanilla and poured the mixture over a wafer crust.

At Mr. Jackson’s funeral last week in Twelfth Baptist Church, friends and DKE brothers recalled how Mr. Jackson had cooked and sent meals to the needy families of his church. And eulogies came from all over.

“As our house chef, he fed our hearts, minds and stomachs over these many years,” Louis A. Frasco from Belmont, class of 1965, said in an e-mail eulogy. “All these years, he had been a constant familiar face at the house for visiting alumni of all ages who stopped in the kitchen first to see Jack.”

In 1991, DKE house alumni raised funds to send Mr. Jackson and his wife to Pearl Harbor for the 50th-anniversary ceremonies. Mrs. Jackson died in 2000.

“From knowing Jack, it was easier to begin to understand, as an 18-year-old, what is truly important,” Berg said.

Services have been held.

As I said at the conclusion of “Our Friends,” it’s not just about Nobel Laureates and Rhodes Scholars here. Many people at MIT have touched my life, and I hope in some small way I might have touched theirs.