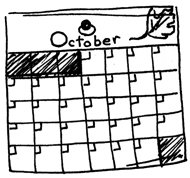 This semester has been different from anything else I’ve done. I started out taking 7.06, cell biology, and 6.854, advanced algorithms, the sequel (or what I thought would be a sequel) to 6.046, design and analysis of algorithms (TAs are capped at two classes). TAing is hard, emotionally, and it’s hard to balance with classes. I’ve gotten used to having something close to complete control over my time, and any given day’s workload isn’t always predictable in a class with more than 200 students. I fell behind in in 6.854 in the first week of the semester and never caught up, and then fell behind again after getting sick from the flu shot. The start of the semester was a long string of all-nighters. I came close, I think, slowly, but it wasn’t ever enough.

Being sick was a good break from the usual pace. I finally framed the painting my brother made me when I left for college, which had been laying on a shelf since August, and I built a bookshelf with Cory to hold our disassembled Legos.

After two hours on the first problem of the now three accumulated p-sets I realized I wasn’t enjoying it anymore. In a past life I would have taken the challenge, but the pay-offs didn’t seem worth what I was sacrificing. I weighed my options, called my mom, and dropped the class.

For the past two days I’ve felt a simultaneous urgency and lethargy, as if there’s a place I need to be, something I need to be doing, but there’s no way to get there. I feel like I passed the person I should have been on the street and didn’t recognize her. I realize that the class took up a shelf in my heart, even if it wasn’t a good idea, and it’s hard to transition to the empty space. I’m worried that there’s also a wild contrast between the person I want to be and the people I’ve been over the past two years; I have a lot of indecision about the person I’ve become. Many of my interactions with people right now are a balancing act between vulnerability and self-actualization—not just on the blogs, but also in person and in my academic career, which is tough because there are empty spaces in more than one place, bigger than a dropped class. It’s been a stressful semester so far. I’m not good at transitions, and it’s been a transition.

At the very start of the semester I got in a fight with a friend and her boyfriend called me trash, which hit me unexpectedly hard and took an unexpectedly long time to wear off, maybe because it coincided with other starts and ends. One evening that week I slumped upside down on the couch in the kitchen, dangling my legs up at the ceiling like I used to when I was tiny, alternating between complaints and making up nonsense songs, because that’s what I do when I’m feeling melodramatic (or feeling, in general). One of my best friends, Irina, jotted some of it down and turned it into a beautiful poem.

Once Upon a Midnight Ramble

You lie upside down on an institute couch,

staring up at the tiles on the ceiling,
your hair brushing the dirty carpet,
your feet dangling in the air,
wondering what it’d be like to walk on the ceiling.
Would the colorful tiles cave under your footsteps,
would the doorways become fences to step over,
would the lights feel pleasantly warm or burn your feet? 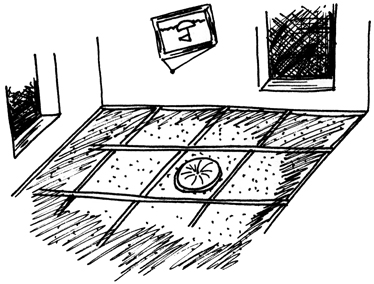 It has not been a good week.

It has not been a good week.

live in a tiny room in the basement,
and in the early hours of morning
they sneak through the dorm and steal our dishes, 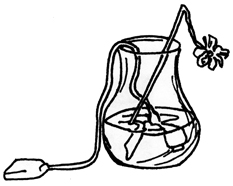 Pot lids and spatulas become boffers and shields,
a roasting pan becomes a wading pool full of soup,
forks become dinglehoppers.
(They also borrow our Disney movies.
And steal our HDMI cables, but they use those to decorate, mostly, since it’s not like they have computers. That’d be ridiculous.)

They gather around the communal soup pan,
and wonder if they should invite the upside down gnomes some time. 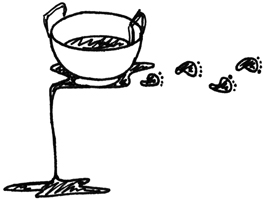 But that would just be awkward, wouldn’t it?
The soup would just fall on their heads.

It would not be a good week.

I’m going to bed.
No, really.
Really, for real this time.
You say, and stare at the ceiling for another ten minutes, singing about gnomes.

In a way, we’re all upside down gnomes, aren’t we?

It has not been a good week,

I think the semester can be metaphorically captured by what was once the ceiling lamp in the bathroom closest to my room. For several weeks I kept getting emails about the leaky lamp in the bathroom. I sent a few back asking if there was a typo, couldn’t decipher the insistent responses, and finally gave up. One day I felt something drip on my shoulder. I finally looked up and, indeed, what was once a ceiling lamp was a gaping, dark, dripping hole.

I started using the other bathroom closest to my room, which is an entirely normal bathroom except for the full-length mirror leaned against the wall in front of one of the toilets (there are two toilets in each bathroom, except in the bathroom that got renovated this summer), which every few days switches toilets. The people on the floor didn’t have an explanation for me, but I am delighted that there is presumably someone out there who, every few days, picks up the full-length mirror in the bathroom and moves it to face the other toilet, and then, a few days later, moves it back.

I think things have been kind of like that lamp. The semester started poorly, and the things that have gone wrong have been bizarre and unexpected. MEnging is not at all what I thought it would be—which isn’t to say that it’s bad, but it feels simultaneously too close (stress) and too far (responsibilities, loneliness) from what undergrad was. The good news is that I’ve finally fallen into a pattern, and while I don’t think I’ve nearly gotten the hang of things, I’ve realized that the things and people that make me happy will always make me happy, regardless of the day- or week-sized stumbles. Recently I scratched my face up by enthusiastically removing a hoodie with my glasses on. Apparently it looked quite gruesome, and Rosa M. ’16 called me “the girl who lived” (and Cory has started calling me “Harriet Potter”).

The day before yesterday I was reading my daily 30 pages from Sea Creatures, by Susanna Daniel, a book I’d gotten from the browsery in the second floor of Hayden library because I wasn’t ready to commit to my long personal reading list. The protagonist spent several pages organizing paintings, and it occurred to me that I absolutely did not want to ever be a person who spends several pages organizing things. I turned to Cory, my supportive, loving boyfriend of three years and seventeen days, who was sitting next to me playing his 3DS in comfortable silence.

Cory folded up his 3DS, turned to me, dramatically placed my hands in his, and dramatically held my gaze before responding: “My dear, I am really, really, terribly sorry to inform you, we already are.”

Everything I am doing is a dream come true. I’ve been taking challenging classes and TAing my favorite technical class at the school I’d wanted to go to since I was twelve, I’m helping run the blogs I built that dream out of, and I’m pretty sure I am actually, truly in love. But my daily life is wading through my inbox, trying to get homework done, trying to maintain a sleep schedule, calling my family, and forwarding Anne Hunter‘s jobs emails to my alumni friends. I’m looking forward to Taylor Swift’s new album, I’m looking forward to Thanksgiving with my family, and I’m enjoying the streetlights reflecting off the wet rooftops outside my window. My life has become the sum of modest, unexpected happinesses. The biggest happiness of all is that for every person who doesn’t like me, I am a subject of another person’s poem. I am blessed to have friends like these, to be surrounded by people who make me happy. And it’s odd, because I don’t think anything changed, but I think I’m happier now than I’ve been in a long, long time.

I am leaky lamp. I am the girl who lives.