My last few entries have been, well, very academic. You get the point – we work hard at MIT. We work very hard. We also have fun outside our work. I decided it was time for another “fun” entry.

I mentioned in my previous entry that a little over a week ago on 5th East we had one of our big annual parties, Reawakening. I also might have mentioned that the premise of Reawakening is that our hall has its own dark god, Krotus. Krotus is painted in the lounge, and in many other places on the hall, and he feeds on our suffering. Hey, it’s MIT, you need something to feed on your suffering. During the summer, he sleeps, because we’re not taking classes, so there’s not enough suffering for him to feed on. Once term starts, he reawakens – hence the name of the party. We help him reawaken by staging a virgin sacrifice. And I have pictures!

Now, if you look at these pictures, you might say, “But Jessie, these are good pictures. Except on rare occasions when you get lucky, your pictures are terrible, because you never really took pictures before you got this blog!” And you’d be correct. I did not take these pictures. They were taken by Liz ’05, and I stole them from Joe ’98’s photo gallery.

Crystle ’07 was my freshman-year roommate. She was also this year’s virgin. In this picture, she is wearing a pretty white dress and a crown of black roses, and is being led to the sacrificial table by Deirdre ’08, handmaiden of Krotus. 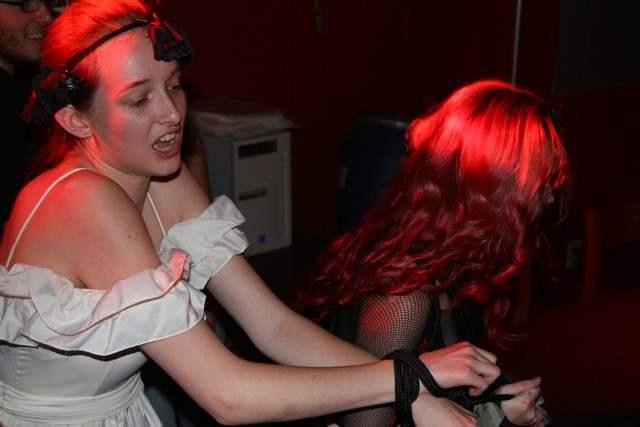 Yelena ’06 was the virgin when I was a freshman. This year she was one of the sacrificers. She has nice black makeup and a shiny sword.

The other sacrificer was Diandra ’06 (last year’s virgin!). Diandra and Yelena perform the sacrifice, which I think went heavier on dramatic acting and lighter on fake blood than it did last year. 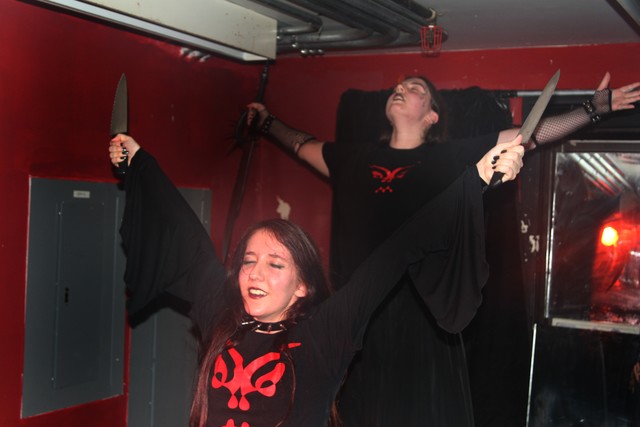 Lots of people came to our party to watch the sacrifice. Sasen ’05 seems to be enthralled, since her jaw looks like it’s about to hit the floor. Next to her, Mike ’09, who I’m sure some of you know as a frequent commenter on these blogs, got a great seat. 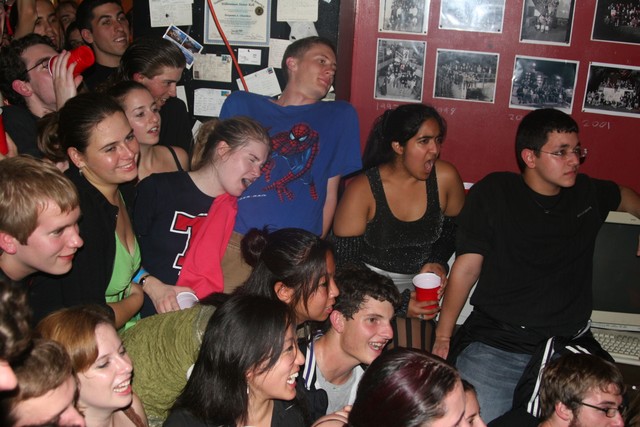 A lot of people who don’t go to MIT assume that MIT kids don’t know how to have good parties because we’re smart.

MIT is an intense place. Work hard, play hard. But play unconventionally. Who wants to go to some lame kegger anyway?