It’s over, finally. For the last two weeks all of the upperclassmen have been orienting the froshies, and now it’s over. You may have noticed a severe drop off in the number of blogs, which may make perfect sense to anybody at MIT right now, but potentially not to people at home, so let me do my best to help you understand.

When I got to campus we got to work right away planning and organizing orientation events for our dorm. We planned a “Legends of the Hidden Temple” themed party, a rave, breakfast every morning, a food fight, jello wrestling, and a ton of other good stuff (including a water war!). All of this planning, running to home depot (an adventure every time), and building/setting up pretty much devoured our time, not to mention we were also trying to get to know freshmen.

For my part, my first task of orientation was to build an “Olmec,” the giant talking face from “Legends of the Hidden Temple.” This sounded agreeable, so I snagged a freshman (Trevor ’13) and we went to Economy Hardware (local hardware place) and bought all the necessities. The dude working the store was super helpful, he remembered Olmec as a kid and really wanted to help us build it, so he showed us where everything was.

We got back to the dorm and got to work. We constructed all the mechanics of the frame while Jordan ’11 did the painting. We had to make sure that it would both have a movable mouth and that the eyes would flash red. I’m pretty content with what we ended up with. Trevor ’13 is seen here modeling it. 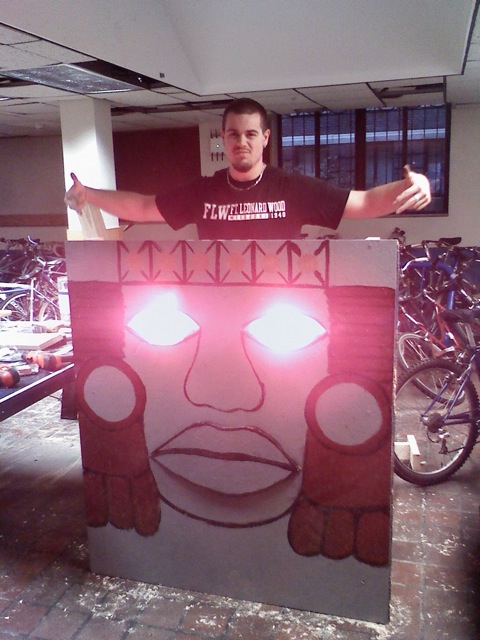 Next on the agenda was helping with the food fight, an adventure that ended up with a lot of people very covered in whipped cream and food coloring. It was a very colorful mess, but it hosed off nicely so nobody is complaining.

After orientation was over it was time for Floor Rush. Floor Rush allows freshmen to wander the different floors of a dorm and decide which ones they may like to live on. Conner 2, my floor, went for the crepe/french toast/balloons approach this year, wowing freshmen with our delicious tastes and lighthearted spirit. Not to mention our sweet murals. 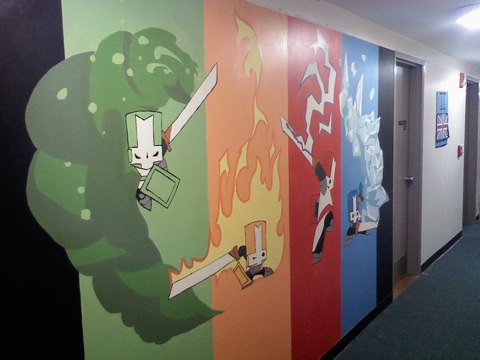 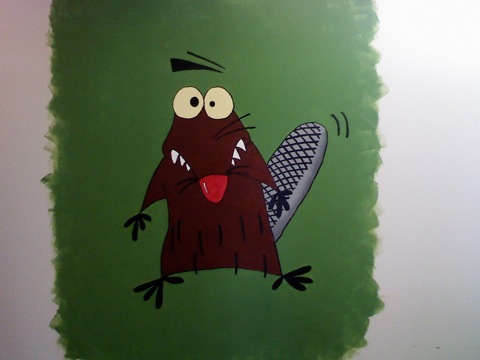 After floor rush was over I finally got around to finishing the new paint job in my room, which I’m happy with. It’s nice and bright, very geometric, and hopefully will keep me awake late at night. 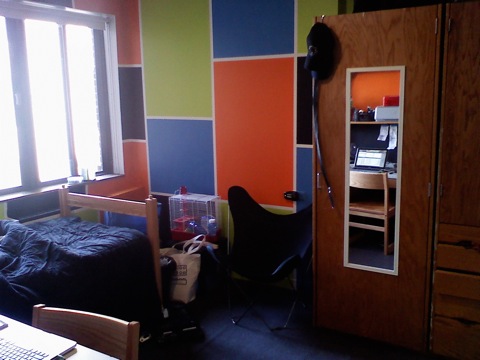 I used my awesome new ladder to help me paint. It’s telescopic, meaning it goes from very small to 15.5′ in a snap of the fingers. *snap* 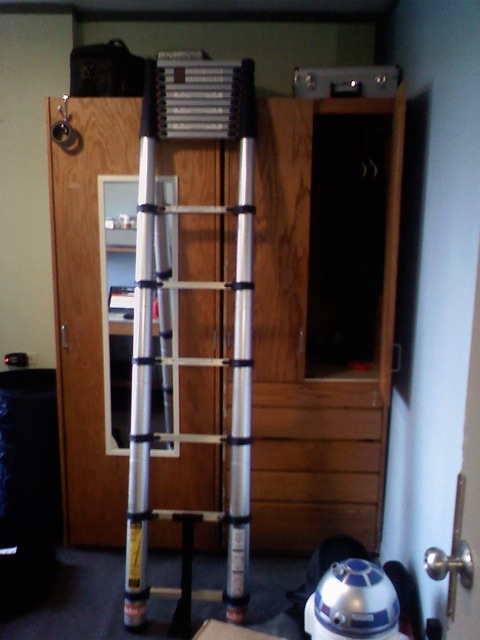 Then, it was mattress dominoes time. I mentioned this in my last entry, and since then have managed to actually organize and get this event to happen. 21 people showed up (honestly, more than the 5 I was expecting, but way fewer than the 124 RSVP’d) and we had an AWESOME time. We even made it into the front page of The Tech!

I made some movies of the adventure. The first is the straight fall, the second is of a spiral we made in Lobby 7. Note the guy we almost accidentally kill when he comes out of the bathroom.

Here’s a shot from above 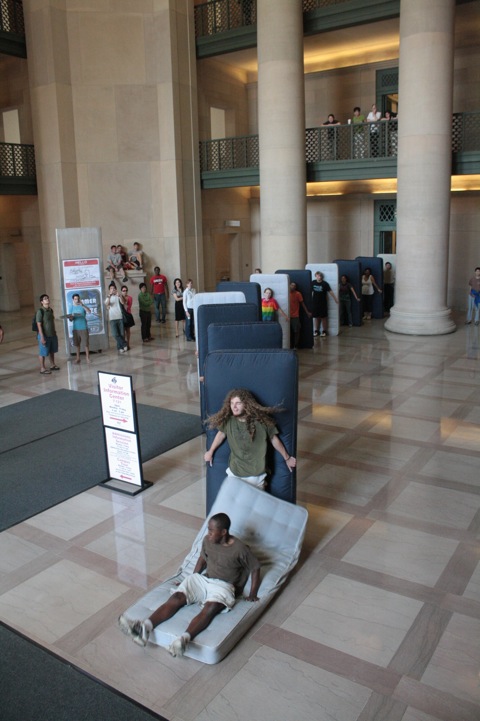 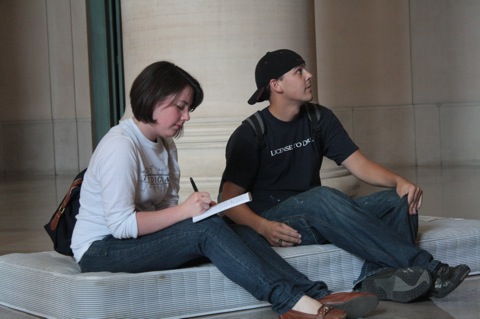 After all this was done, Chris Mills and I realized that we had a Livescribe demo table to run, so we grabbed up all of our gear, borrowed a table from my dorm (Burton-Conner) and drug everything over to Kresge oval.

Funny story about this. There were lots of tables set up with businesses, but Chris and I were pretty sure we hadn’t registered, so our approach was to just set a table up on the stage by the student center, act like we knew exactly what we were doing, and hope we didn’t get yelled at. It worked surprisingly well, here’s a pic of Chris and our setup. 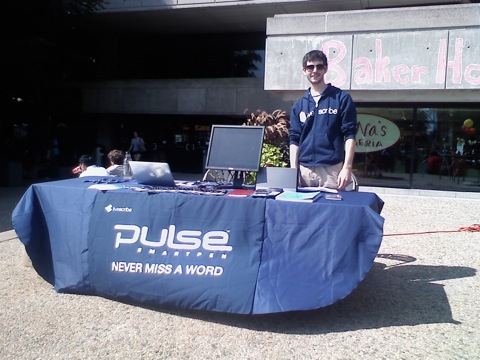 As it turns out, we actually were registered and later found our official table, down in a worse location, so we left it where it was and stayed where we were. We gave tons of demos to over a hundred people, gave out lots of coupons and brochures, and did our parts to keep our employment with Livescribe!

Now, classes have started. I’ll save my schedule for my next entry, but I will say that I’m taking 60 units, which is 5 12 unit classes. 60 units is borderline uncomfortable in terms of workload. We’ll see how well I can keep it up.

That’s all for now, ciao!