Photo Contest, Round 2 by Matt McGann '00

The Boston skyline at night.

Here’s another Orientation photo contest entry… it seems that everyone likes the panoramic photos!

This picture was taken by Daniel ’10 just prior to an annual event we call the Sodium Drop (I’ll leave the details to your imagination, for now at least). The picture was taken from the Longfellow Bridge over the Charles River (if you panned a bit more to the right, you’d see MIT and the Cambridge side of the river), and captures the Boston skyline from a different vantage point than Arya’s photo.

And this one comes from Evan ’10, who attended the Discover Nuclear Engineering pre-orientation program. The program had an outing to Boston’s Museum of Science, which features a lightning show by the world’s largest air-insulated Van de Graaff generator (donated to the Museum by MIT), which is quite awesome. Here’s what Evan saw (it looks to me like Evan is in The Matrix): 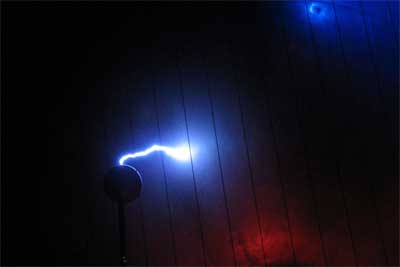 4 responses to “Photo Contest, Round 2”