or my third IAP, and how externships work

You might wonder what possessed me to go to Chicago for the month of January. 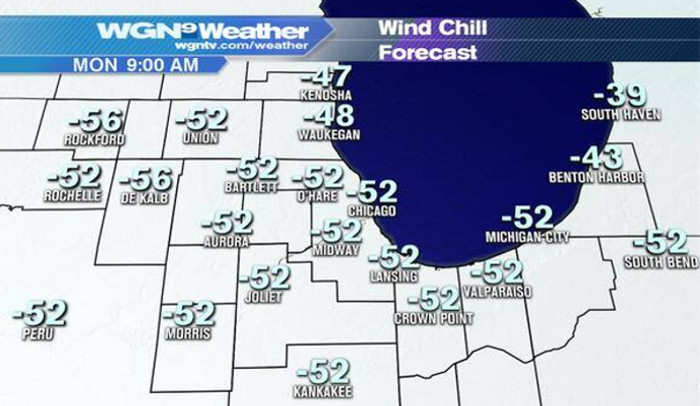 The weather forecast for my first day of work. Granted, this factors in the mysterious element of wind chill.

I was graciously accepted by IDEO for the winter, with the stipulation that I would be working at the same office as my MIT sponsor, a Course 2 alumni. I had never been to the Midwest, so I was expecting the Windy City to greet me like this:

Luckily I can say that beyond the weather, Chicago was quite good to me. :)

The snazzy view from my apartment.

Externships are one of the many ways you can spend your IAP. The MIT Externship program is expertly organized by the Alumni Association, which features a bustling community of alums happy to talk about what they majored in, where they lived, and what they’re up to these days! It’s not surprising that MIT alumni have found homes across the world working on just about anything.

MIT alums can work with the Alumni Association to create externship listings that might be a good fit for MIT students (undergrads and graduate) who are interested in the field. The result? A listing of hundreds of mini-internships in dozens of fields, open exclusively to MIT students.

Although there is no expectation that you should spend your winter doing a mini-internship, many students throw their hat in the ring because they have nothing to lose! Students can apply to up to three externships in the middle of Fall semester. Every externship listing is different—some positions require interview(s), while others make their decision based off of a resume and cover letter. Externship matches are announced starting in early November, so you can have a good idea what your IAP might look like by then.

Externships are similar to internships in that you meet people in a field you might be interested in, you pick up a few skills, and you hopefully make some contributions to the place you are working at. (For more on getting the most out of an internship, I think this blog post is great!) However, the four week time frame of IAP makes an externship a race against the clock—the pressure is always on to glean as much wisdom and learn as many lessons as possible before returning to campus.

I want to share what I learned in my month in Chicago at IDEO, because hopefully you can practice these skills and be much further than I am by the time you are as old and crusty as me:

1. Listen. Ask people to lunch or to coffee and just get to know them! Nobody had a good answer to how they ended up where they are, but everyone was happy to talk about everything they had done up until then. There isn’t one path to a goal—just a general movement towards it. The speed and the direction really depends on how you live the rest of your life (and there’s nothing wrong with that!)

2. Learn how they learn. Asking someone to teach you something, whether it’s big or small, can be overwhelming for both parties! Instead, consider learning how they learn. Ask them what books they read, what blogs they follow, which people they watch, what their favorite videos and podcasts are, and if they can point you to one starting point. Asking many people this question is a quick and easy way to expose yourself to tons of new material.

3. Tell a good story. Everyone I worked with seemed to love to tell a good story—whether it was about last week’s trip to Europe or an interaction they had with a client. Good ideas always came in the form of a narrative that was really compelling, not just a recap.

4. Just try it. Maybe not as scary as “just do it”, but there was no fear about going down a wrong path. Trying everything helped nix the bad ideas early on!

Actually—the most important thing I learned?