My dorm had a pumpkin carving contest, and categories were funniest, scariest, geekiest, most original, and best overall. Can anyone guess in which category I entered my pumpkin? (7 pictures)

As I pasted in my previous entry, my dorm had a pumpkin carving contest, and categories were funniest, scariest, geekiest, most original, and best overall.

Can anyone guess which category I entered my pumpkin in? 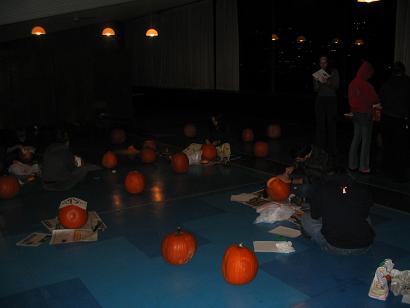 Here’s Veena ’06, who lives in Baker House. Look at the expression on her face — she obviously is a fruitarian. (I suppose “vegetabletarian” is more accurate.) 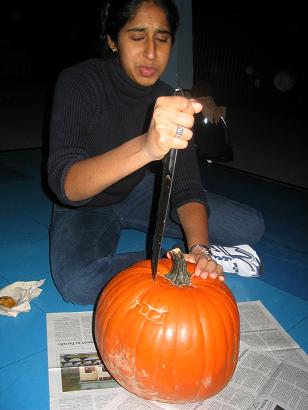 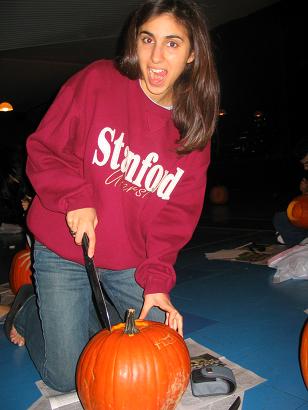 For the handful of you who are somehow not obsessed with econometrics, I should note that we carved the general form of a regression equation. 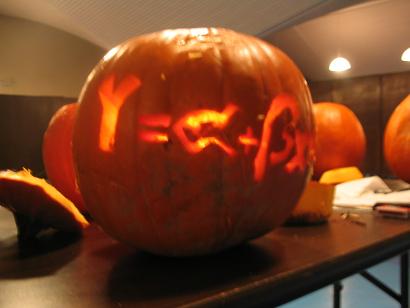 James ’08 thinks he can out-geek us by carving Athena. Right. 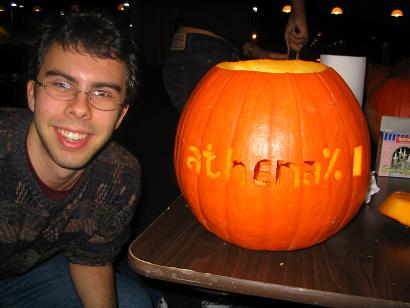 Other people noted how he not only carved in “athena%” but also included a cursor. Well, in case they didn’t notice, we not only wrote a standard equation, but even included an error term. 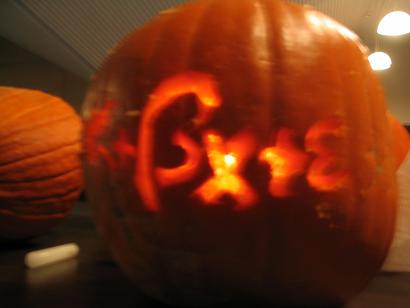 I think the MIT Economics Department should display this masterpiece between the 1996 and 2000 National Medals of Science. 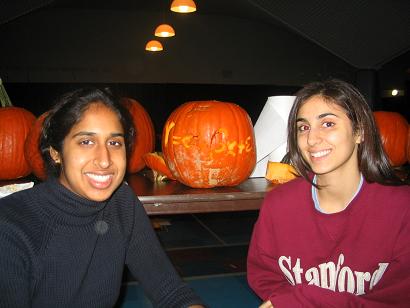