I should probably stop stealing entry titles from Matt McGann.

I wrote this in pieces – from Cambridge to San Diego, the train from San Diego to Los Angeles, Flight 264 from LAX to Logan Airport, and the fraternity in Boston where I’m living for the summer – so I apologize if this entry has a bit of an identity crisis, since it didn’t really have a stable childhood. It also comes with some abandonment issues, since it took me a bit of time to finish answering all your questions (one all the way from back in November!) and I definitely wrote some other entries in the meanwhile, entries that were prettier or made better jokes or had shinier, more manageable hair. But I spent a little more time with it, on top of a few weeks in therapy, so I’m letting this entry make its debut. Please, give it all the love and attention it deserves.

Noel and Jeremy both asked a version of: When/why/how did you switch to course 9? How is course 9? Do you like the number 9?
In reverse order: I like the number 9 more than the number 4, but less than the number 7. I really like course 9 (Brain and Cognitive Science), because there’s a fair amount of flexibility in choosing your classes; you get to pick six electives from any of three categories (Cognitive Neuroscience, Cognition, and Neurocience) on top of a few core requirements, so you can essentially design your major to shift more towards psychology, neurophysiology, artificial intelligence.. etc. I switched from course 5 (Chemistry) to course 9 by getting a form signed (by both the course 5 and the course 9 people – it took less than an hour), for a variety of reasons (maybe someday when you’re older), in the middle of last semester (October or November, I believe).

Carmen queries: emt sounds so exciting, but do you ever really get all the actions? (just traffic accident etc, or is it just to help drunken college students off to the hospital or help a stupid college student who just walked into a pole)
HEY. Hey. Just because you walked into a pole DOES NOT imply stupidity. Especially if you’re distracted by the thought of taking your first final which you have to make up a day before everyone else because they’re all taking it on a day that you have another final and you can’t be bothered to look ahead when you’re trying to stick your headphones into your iPod, and I mean, it’s not like that coat rack was supposed to be in the middle of the sidewalk anyway.
Anyway, it really depends on the shift you work. You can definitely work a Tuesday morning 0800 shift (8 AM-12 PM), or even a Thursday afternoon 1600 (4 PM-11 PM), and get nothing, and then you can work a Saturday overnight (11 PM-8 AM) and get three broken noses and a barely concious drunk. I will say that because we only serve the MIT campus (which covers both the campus in Cambridge and the fraternities in Boston) we get a significantly smaller amount of calls than professional ambulance services get, but we’re certified just as they are, and we run pretty much the same as they do. (My last post about MIT-EMS was here.)

Kevin wants to know: How is the food at MIT?
The food at MIT is solid. And I mean that in the sense that we have good food, not in the sense that you’ll starve if you just got your wisdom teeth removed. (We’ve got Jell-O.) I really like the falafel in the student center, and we just got a Subway this year, and I have a pretty good relationship with Stata Center sandwiches. I think the thing that makes college food so bad in general, though, is that it suffers from a lack of variety – no matter how expensive their meal plans are, which is why living so close to Boston (and having Campusfood.com) is so great. Especially living in Boston – I’ve got UBurger, Ankara’s froyo, Fin’s sushi, and Shaw’s groceries all on my doorstop, and I’m right by the T so I can just hop on the train in Kenmore and go basically anywhere short of Rhode Island for dinner. Why? What’d you have for dinner? Your mom’s home cooking? THAT’S WHAT I THOUGHT.

Anon is curious: Kind of off topic, but out of random curiosity, what is the font that you guys keep using in your images?
Gill Sans, in caps.

Sh1fty says: (in response to this entry) favorite home appliance? Standing mixer. I bake to destress.
favorite allotropic form of carbon? Hmm.. is it dull to say graphite? (No pun intended.)
Josh joshes: Favorite Mythbuster? Not the one with the hat.
Favorite Organic Compound? Epoxides. They’re chemistry’s fat man.
And most importantly: Favorite Muffin? Bran muffins. Specifically, this one. But hey, congrats on getting in! And also, turning the dome into a muffin, I guess?…
Steph scrutinizes: Favorite shoes? I just bought these awesome Nike Airs about a month ago: 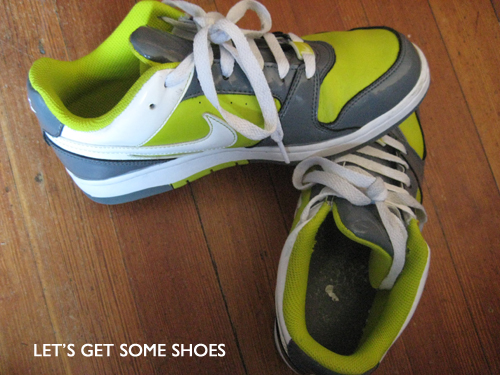 They don’t match with anything. It’s great.
Favorite Book? Like picking a favorite child, but I just reread The Amber Spyglass by Phillip Pullman, am currently reading David Sedaris’s new book When You Are Engulfed in Flames. (His Princeton commencement address is probably my favorite story thus far.)
How long you can hula hoop? Long enough.

Anon asks: I have a totally unrelated question: I noticed in one of the dorm videos that some people living in the dorms had pets. So, are we allowed to keep our pets on campus?  See, there’s this cat that kind of owns me…
Depends on the dorm. Certain floors in certain dorms, e.g. EC, Random, Senior, and Bexley, are already cat-friendly and have their own rules about bringing new pets in; in order to make a floor cat- or dog-friendly (although I’m not sure if any dog-friendly floors actually exist), you need to approve it with everyone on the floor, your GRT (like an RA, the graduate student that lives on each floor and serves as a liason between the floor and the housemasters), and other members of the administration first. You can also try to convince your GRT to get you a cat or dog and keep it in their apartment, which doesn’t require paperwork. (We’re getting new GRTs next year, who have an adorable dog, and although some people on the floor are allergic they’ve cleared it to keep the dog in the apartment only.)
As far as other dorms, you’re generally safe with the kinds of pets that can be kept in your room, like hamsters, or rocks, or your roommate.

Judy H ponders.: Anyways, would you say Harvard classes are less demanding than those at MIT? Is it easier to get a good grade because of grade inflation??
It’s really difficult for me to answer this question, partially because I’ve taken all my classes at MIT save for just two classes at Harvard, so I can’t really be called an expert on the Harvard grading system. One of the classes I took appeared to be on the easier end of the spectrum for Harvard, and the other appeared to be on the much harder side – and neither of them were humanities classes; so really, I have a pretty bad sample size. Kind of like trying to describe a couple hundred course meal after eating the soup and salad. Basically, I can’t make any sweeping generalizations, but the two classes that I took were graded pretty differently from classes I’ve taken at MIT.

anton questions: Harvard and MIT have different academic calendars. Has that posted any challenge for you in taking classes at Harvard
The only challenge it posed was the one time MIT had a four-day weekend, and Harvard did not, and everyone made fun of my lab partner Nina and I for having to work while they all had a big party. We laughed back at them while we had a two-week reading period before finals, and Nina and I went outside to sit in Killian Court sipping fruity beverages while everyone else was running around frantically having hernias over final projects.
If you take a class at Harvard in the fall, there is the schedule conflict that MIT has its fall semester finals before winter break, and Harvard has them after, so you take finals both before and after – although I think they’re changing this next year.

another12 inquires: The mom keeps saying the east is more formal than northern california- but Ive got packing issues. The airlines are limiting us. How do I get a 70 pound amp east? Ship it, if it’s worth it to you! DO I really need to pack a ” suit/nice jacket” and stuff? If you want to go to formals, interviews, or kick it with Susan Hockfield, yes. How much to calculate for the cold, beyond 19 pair of socks? I suggest long underwear, but it doesn’t really start getting bitterly cold until around Thanksgiving. You can buy some of the heavy stuff around Boston if it’s too much to pack, See this entry for more on packing.

Sam says: Cramp spray?  For realio?  Kamber, my birthday is only 8 months away. Forget it, Spam, I already bought you a beard comb. Actually, I’m pretty sure you shaved, but whatever, you can use it for the back of your head or something.
Also, could you remind me and the vast MITblog community what you’re doing this summer, again?
Only for you. I’m living in Boston with my room/floormates from freshman year, working in my lab (taking MRIs of the visual word form area), studying for the MCATs, beating the ultimate set list in Rock Band, taking a photo class, exploring Boston’s little cafes, and falling asleep a lot in public places. More on this later! 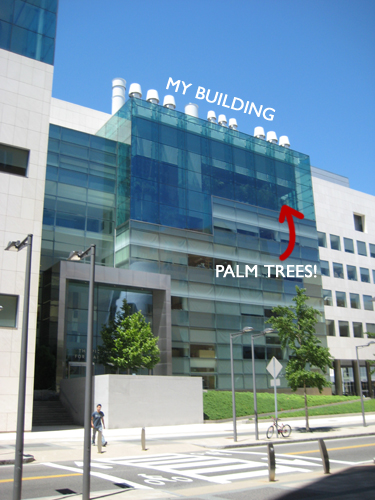 More questions, more answers. Leave a message after the beep.