Random Hall has six types of rooms, discernible by the last digit of their room numbers. Each of the four floors is concentric with the shaft, a rectangular hole through the center of the building. The dorm consists of two adjacent chiral buildings, 282 Massachusetts Avenue and 290 Massachusetts Avenue, joined at the basement, the first floor, the third floor, and the roofdeck. Each building has its own four floors and its own shaft. Each floor, with the exception of the two first floors, looks like this: 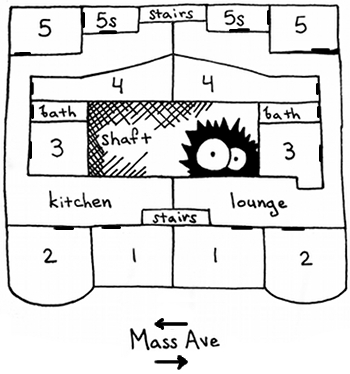 335 was initially painted a beautiful light purple that glowed orange in the sun. Unfortunately the paint was old and cracked and had handprints suspiciously close to the ceiling. Before my sophomore year I finally painted it the three shades of green you can see below, supplied by Random Hall for free: 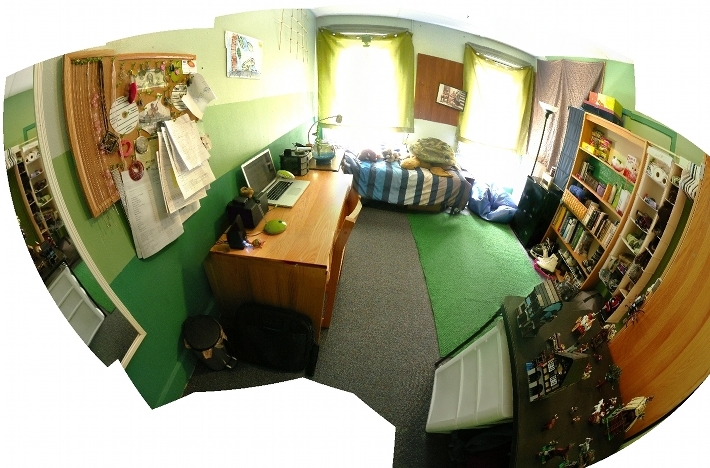 Below are some of my favorite things in my room. On the left wall above (click for a larger view) and on the upper left below is the painting my amazing then-eight-year-old brother gave me when I left for MIT. On the wall above my bed is possibly my favorite photo ever, taken in Israel by a family friend. The glass of the frame broke on the flight home. The fake wooden board behind it was the back of a shelving unit I brought with me to MIT but never actually attached, despite everyone’s insistence that I had doomed the shelving unit to collapse. Probably as a result, the top half of the shelving unit did collapse partway through my first semester. The bottom half survived in my closet until I got annoyed at the exposed screws; I’m not sure if I got rid of it then or if it finally buckled. When I moved into my current room I nailed the cardboard to the wall. (I’d like to pretend it was symbollic but it wasn’t; the wall just felt empty.)

Hippie the hippo was given to me by my mom’s boss’s wife when we first moved to Chicago 16 years ago. The giant turtle was from the same era, and the stuffed cat was a Christmas present that cost around $20, which at the time was a lot of money. The lion and the beaver are more recent: I got the lion overpriced at a zoo giftshop because I really, really wanted him, and the beaver was my personal prize for getting into MIT.

I also have an exceptional fish, a delta tail male betta fish I bought this summer and named Hephaestus, after the Greek god of the blacksmith’s fire, in hope that his ceaseless swimming and red fins would inspire my own energy and productivity. He has not in fact magically inflated my efficiency, but it has been reassuring to come home every evening to him still swimming, no matter what’s going on outside his fishbowl. 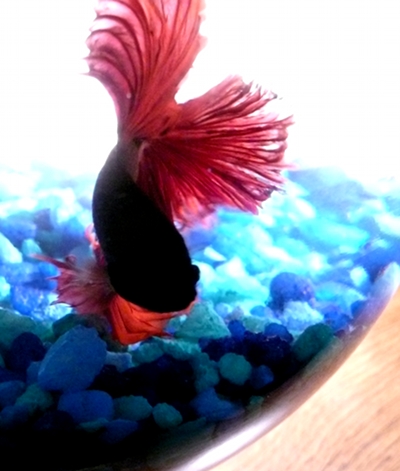 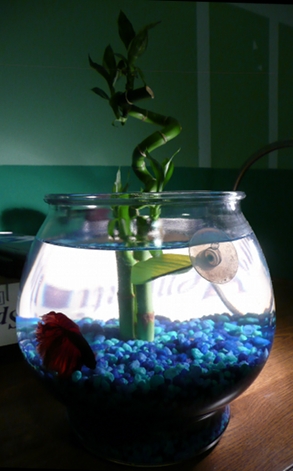 I made you an ominous video of Hephaestus eating, set to Clint Mansell’s “Lux Aeterna,” the most ominous music I could find:

If you look back at my current room you might notice a dark green doorway just visible above the shelves on the right wall. This door leads to 335s, the room I lived in during my first semester (the same door is on the left in the photo below): 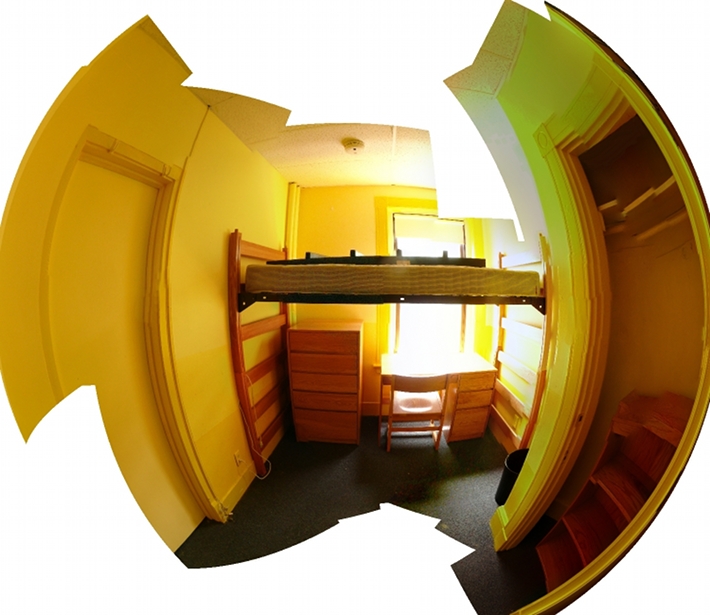 335s is 335’s small half, though it is only a half to the extent that one third is a half. The small half is about half the size of the large half, just wide enough to fit a bed. Living in a small half is a good lesson in keeping your floor as clean as possible and taking advantage of vertical space. It can be a pleasant, cozy room if organized well. Like the large half it faces the alleyway, which means it is relatively quiet and gets a lot of light. Unlike the large half it has a closet, which is ironic.

Small halves are usually freshman rooms. Though they are small, they are practically singles: they are considered doubles only because of the door and the ease of listening in on the large half’s occupant. An even better perk is that the resident of the small half inherits the large half as soon as it is empty.

You can barely see it in this photo, but this room is painted three shades of yellow. My close friend Dana ‘14 painted it to match my green stripes when she lived in it last fall. It is currently vacant, which means that one of you will probably live in it next term.

The 2-room is the only real double in Random Hall and the other usually freshman room. 2-rooms have doors facing lounges or kitchens and windows facing Massachusetts Avenue, which makes them noisier than most other rooms but also makes it much easier to socialize, since you don’t even have to leave your room to see people. This particular room is 342, which opens up into the kitchen of my floor. 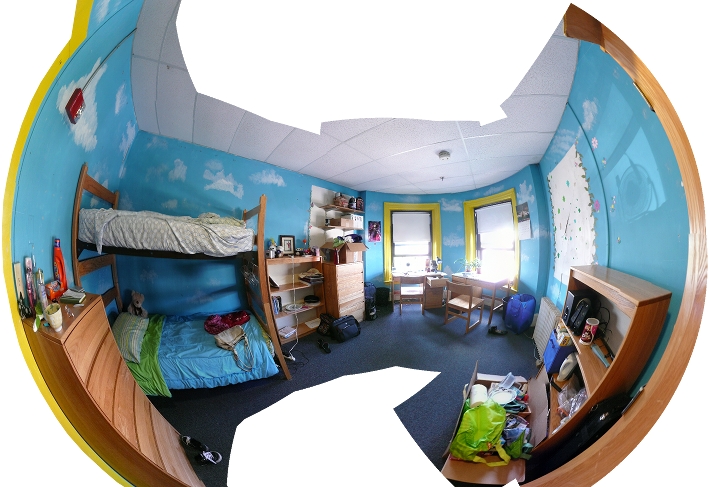 1-rooms are singles adjacent to 2-rooms. Like 2-rooms, 1-rooms have doors facing lounges or kitchens and windows facing Massachusetts Avenue, making them noisy and social. 1-rooms have one window, which is larger than other rooms’ windows. This is 221, a lounge-facing 2-room on the second floor with what I think is the coolest paint job in the dorm. It belonged to Rebecca ‘12 last year and is now Ellen ‘14’s. 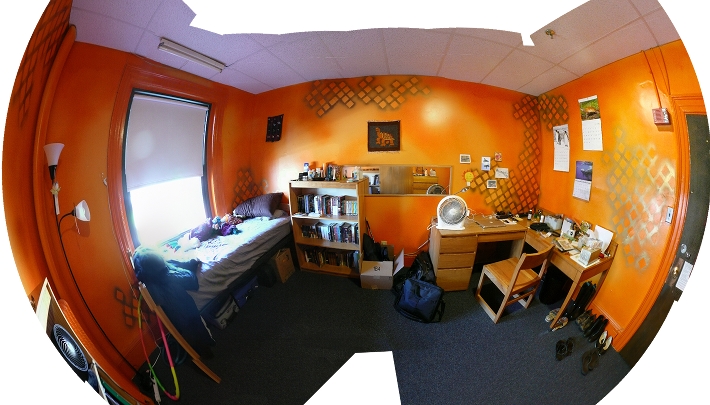 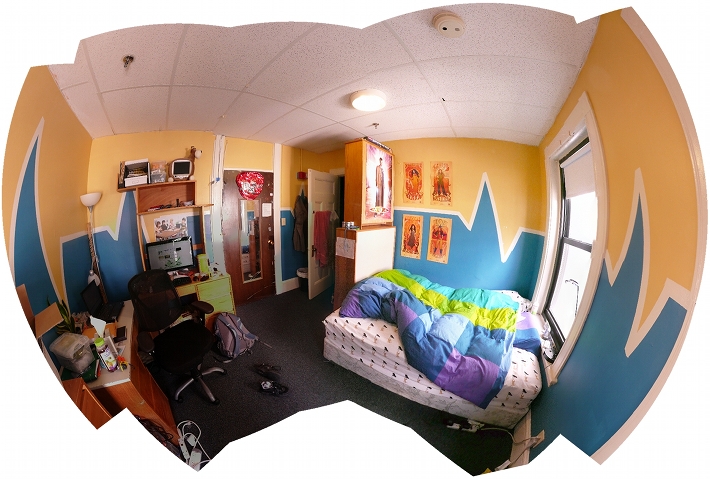 4-rooms are divided into two halves separated by arches. The first half has a door to the hallway. The second half has a window looking out into the shaft. 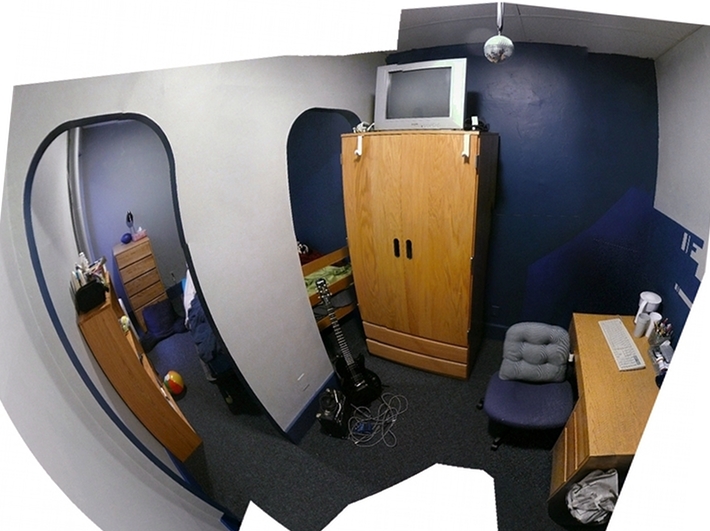 This is Cory ‘13’s room. I painted the walls grey and navy blue over the past month. They were originally blank Institute white, which can drive a person crazy. Above is the first half of the room, viewed from the door. Below is the second half, with the arches on the left. 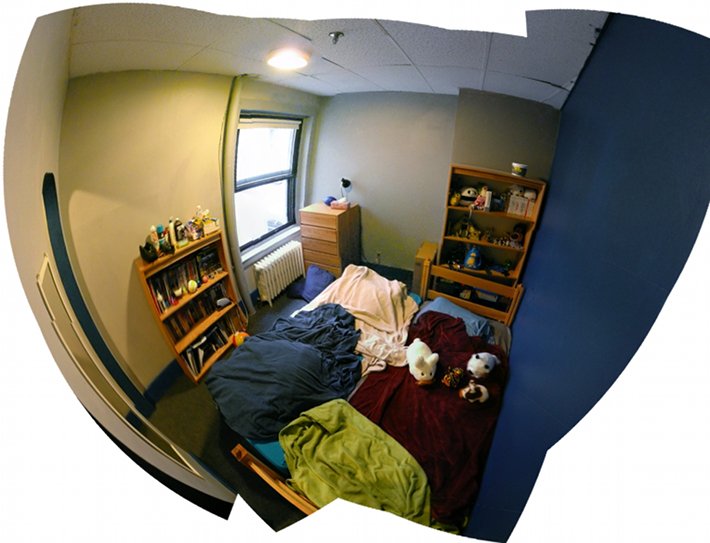 My favorite part of Cory’s room is without a doubt his plushies. The story goes that Mustache Bunny Theodore, wanting a big, strong son, mated with a cow, a tiger, and a zebra to produce Montgomery, Winston, and Claudius, respectively, pictured below. After three attempts produced striped or spotted mustached rabbits of normal rabbit size, Mustache Bunny adopted Buffalo, who will presumably grow up to be buffalo sized. Here they are shown as I found them when I walked in last Thursday. I don’t know what plots they concoct when we’re not there, but they must be important. 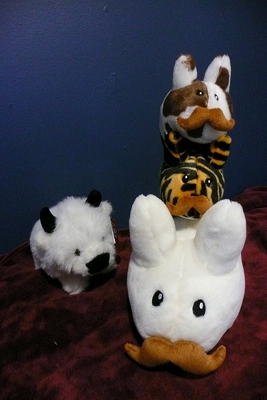 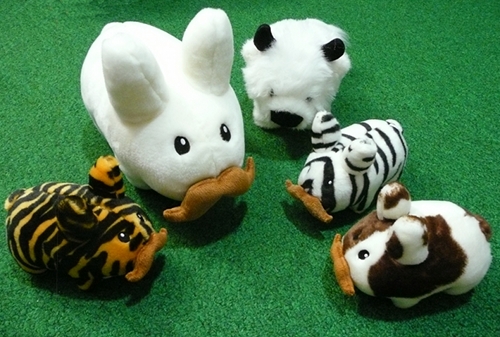 Hopefully this has been helpful to those of you who might want to live here. Please comment if you have questions about rooms or housing, or if you find out in two weeks that you’ve been placed in Random Hall. =)