“Oh yes, well I managed to transmit a new entry off to the editor. He had to trim it a bit, but it’s still an improvement.”
“And what does it say now?” asked Arthur.
“Mostly harmless,” admitted Ford with a slightly embarrassed cough.
—The Hitchhiker’s Guide to the Galaxy by Douglas Adams, chapter 6

Replica plating is a technique used to reproduce the layout of colonies on one petri plate on a second or third or fourth petri plate with different antibiotics or food in the agar. You wrap a piece of cloth around a cylindrical block and mash it into an inhabited petri plate, and then you mash it again into an uninhabited petri plate. It is important that you mash steadily. If you don’t, you smear the colonies on the cloth and the petri dishes into their neighbors, making it difficult to track specific colonies’ survival. You ruin not only your experiment, but also the lives of millions of bacteria. 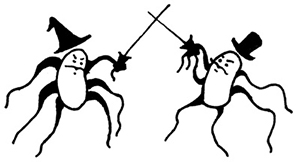 Just kidding, bacteria don’t have mustaches and hats (or do they).

The other time I felt really awesome and really, really badass, which is possibly related and way cooler, is this IAP in rifle.

Rifle is one of three firearms classes phys ed classes at MIT (the others are pistol and intermediate pistol). They are mostly taught by Coach Mike Conti, who has served in the US Army and the Massachusetts State Police and now runs his own private training and consulting services company. Here is the official course description:

The P.E. Beginner Rifle course provides an introduction to the basic rules of firearms safety, the “anatomy” of the rifle, how it functions, two fundamental sport rifle shooting positions, and the application of safe and effective marksmanship techniques used in the pursuit of sport rifle shooting proficiency. Please Note: All students will have the opportunity to participate in a beginner-level appropriate competitive match to determine the class “Top Gun.”

We worked with .22 caliber semiautomatic rifles with ten-round rotary drum magazines. The following are my targets from the month, starting with my first round on January 12th and the next few on January 14th, both from seated, from 33 feet away: 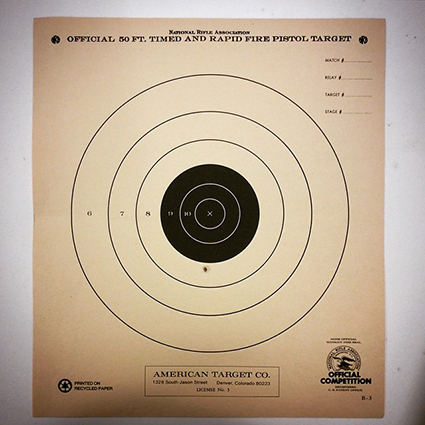 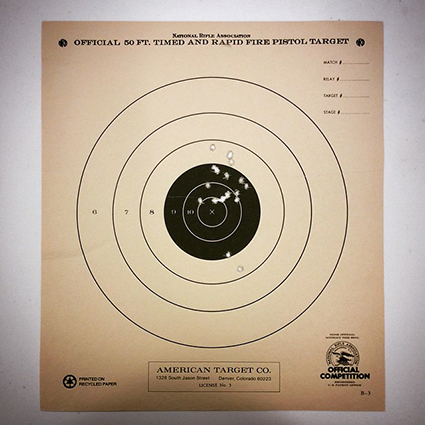 January 21st, standing, from 33 feet away and then again from 50 feet away: 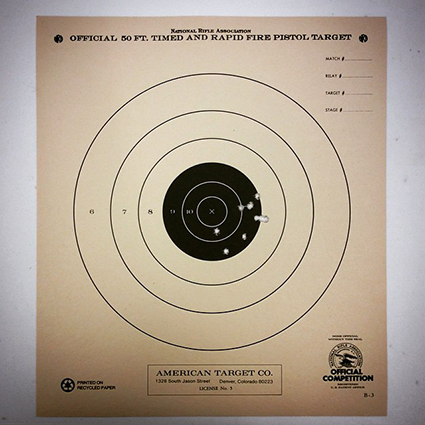 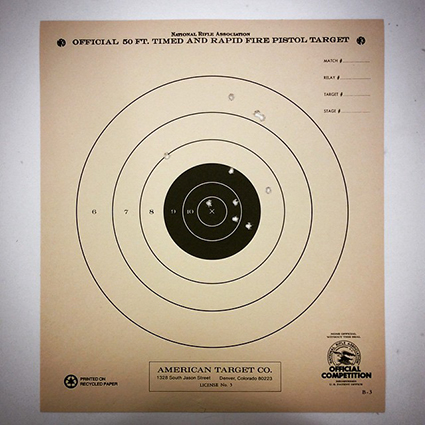 Finally, January 26th, standing, from 33 feet away. First we fired into a 11 bulls target, and then we fired practice rounds for the Top Gun competition (using the pistol target, because we lost a day of practice to snow). One of my rounds was dented and didn’t leave the chamber. My arms were tired and I was pretty nervous. 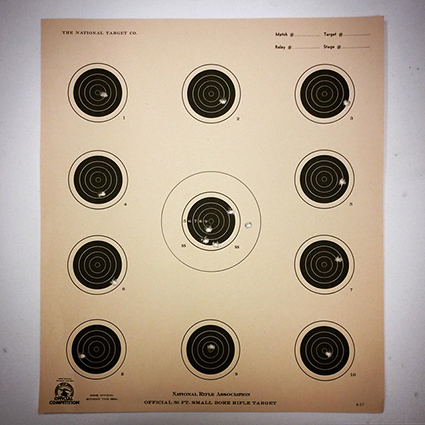 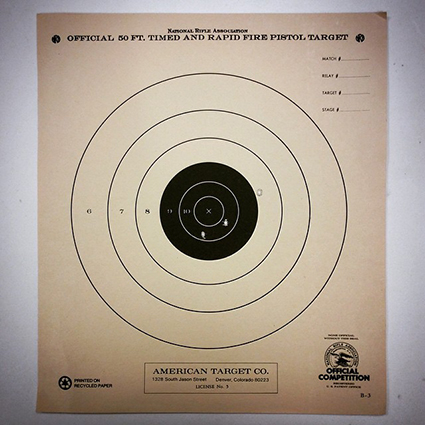 And finally, my Top Gun target. We were judged by the tightness of our group (the greatest distance between any two shots), not by proximity to the bull’s eye. Usually I aimed at the bull’s eye, in front of which I unfortunately can’t make out my sights, even with my glasses on. This time I aimed at the bottom of the bull’s eye, at the border between black and white. We had five minutes for five rounds. It was my first time aiming below the bull’s eye. At this point I was extremely nervous. My arms were shaking. I tried to time my breaths to pause when the jitters paused, fire when they coincided with my breath, and stop between rounds to pace myself. 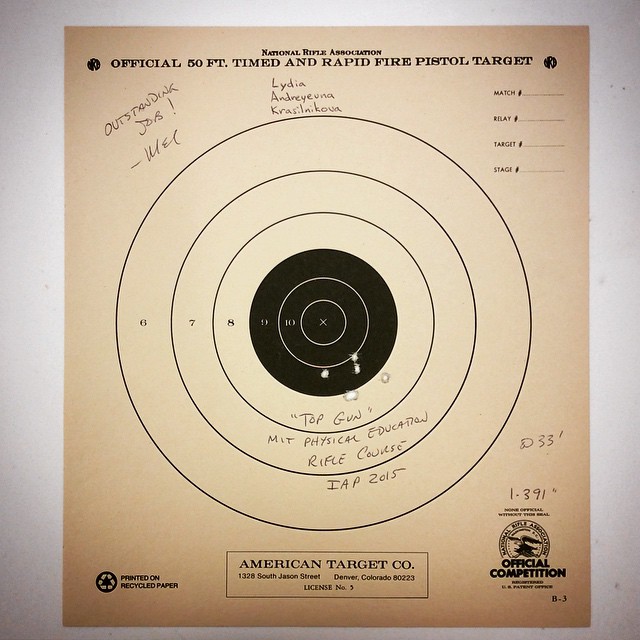 And I won! I tied with Zach D. ‘18, the freshman I met our first day on the range (when Coach Conti told us to introduce ourselves to someone next to us), whose target looks way cooler than mine because his shots are actually clustered around (and in) the center of the bull’s eye.

Here are some photos Coach Conti took of me and my preciouses on the range: 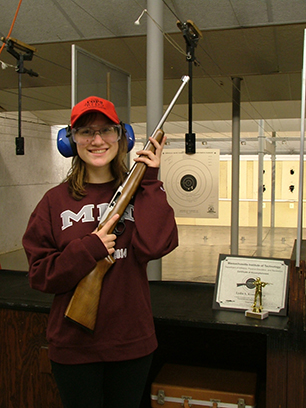 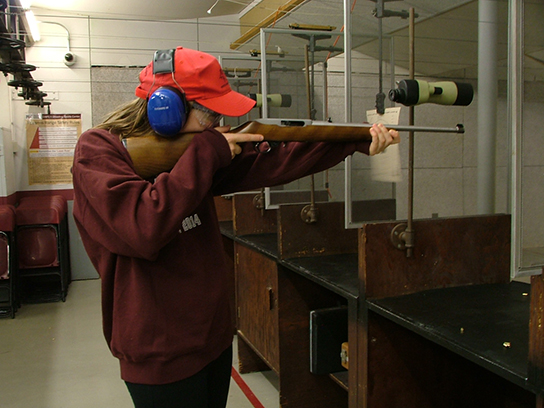 And my beautiful certificate: 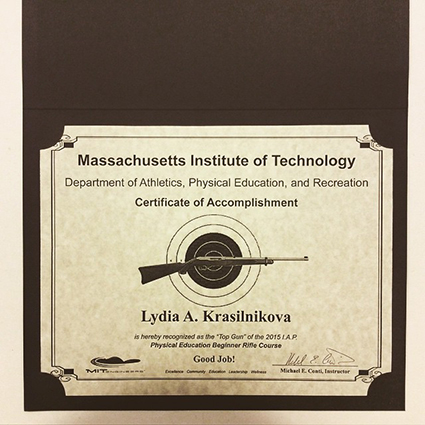 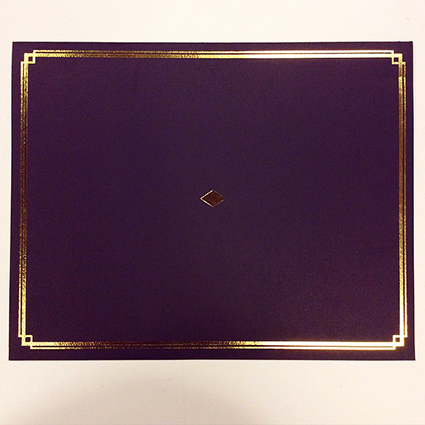 And my beautiful shiny trophy: 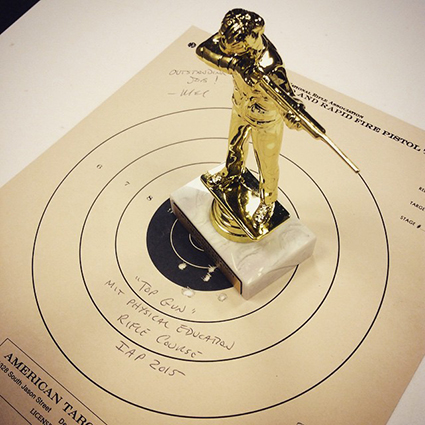 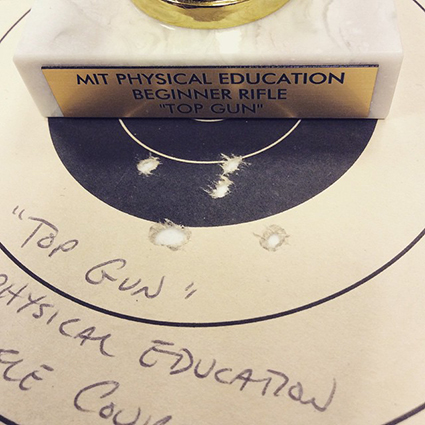 In rifle this IAP, I learned the following lessons about life:

And I learned the following lesson about myself: I can do good work under pressure, if I manage my stress and I pace myself.

What I thought was one of my greatest weaknesses (working under pressure) turned out to be something I can be good at. MIT feels a lot better now that I have this kind of confidence in myself. When I’m up late the night before a deadline I try to focus on the task at hand, not the pressure of the tasks coming up. I try to do my best, get it done, let it go, and move on to the next one. I try to carry it through, even if it isn’t perfect, and not give up the mission. And things seem to have been working out. I’ve gotten through a few deadlines I didn’t think I could make.

I asked Coach Conti what advice he has for prospective students. Here is what he said:

Try to keep things in perspective. Look at the long game. A lot of times we get all focused and wound up on what’s right in front of us. There are doh! shots on the range, where you don’t quite hit the target. There are doh! shots in life. The trick is to not let them throw you, to keep going, just like you did in this class.

Finally, as a fun comparison, here I am looking grumpy in first grade and again a decade and a half later: 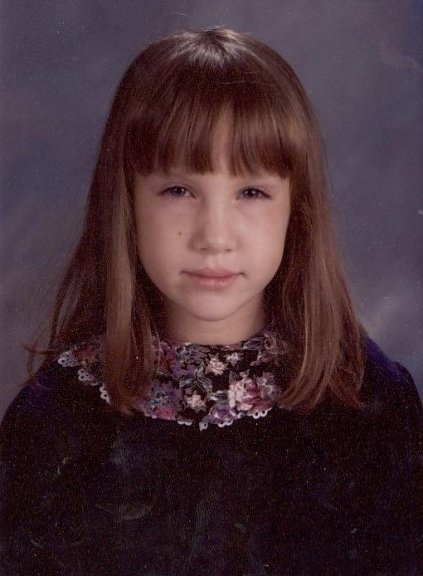 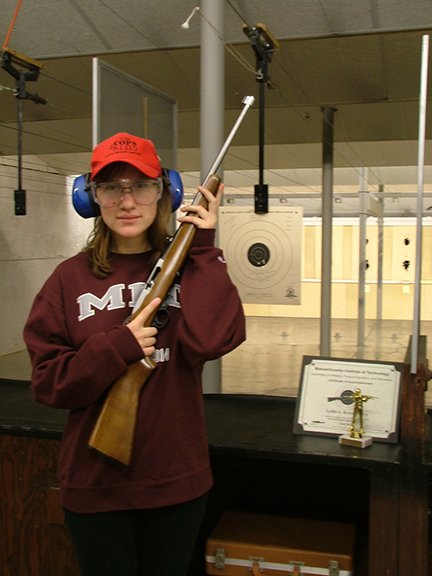 (It’s hard to see, but I even have the same haircut.) 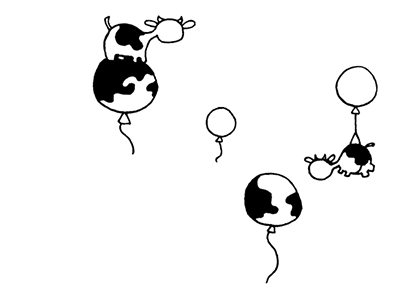 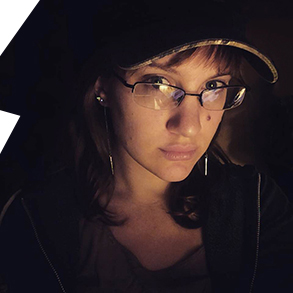