Lately I’ve struggled to blog, due to being in the middle (!!!) of the semester where things get hard, and some additional unfortunate events. So today, instead of diving deep into what I’ve been doing all this time, I thought I’d just dwell on some words I’d been thinking about lately (which I found mostly began with ‘F’) (thanks for clicking on my click bait-y title lol)

What does it mean to be a woman? This is a question I don’t think I thought about too hard when I was younger, but I found myself facing more often in college, as I found myself facing more questions about identity in general in college. This year, I’m living in an all-female house (the Delta Phi Epsilon house!!!) across the bridge, and I’m starting to apply for jobs and work in tech and do those things that make you realize your own identity, its advantages and disadvantages, a little bit more…

When I was a kid, I considered being “girly” a bad thing–who wanted to be a girly girl??? Not me! I was rough and tough and tomboyish and never wore dresses. My mom, the most important female figure in my life and still (even being at MIT!) the smartest person I know, would have me help her take apart computers, and in our free time, we would cook dumplings or jiuniang. I never really saw my mother, who was the one to fix all the things in the house (from computers to faucets to appliances), but also the primary cook, as stereotypically feminine either. But either way, I always avoided things that were girly or pink, because I always wanted to be seen as smart and I didn’t think “girly girls” were smart.

When I grew up a little I started to feel the effects of not being stereotypically feminine, which in most cases was simply deemed ugly. In my middle school and high school this was coupled with a lot of blatant racism. I have thought of myself as many things growing up, but not one of them had ever been beautiful. Like the Aesop fable where the fox convinces himself that the grapes must be sour, I convinced myself that putting time or effort into appearance was for people who weren’t smart, for people that were “girly girls”. I supported the advancement of women, but not the advancement of femininity, and I would later realize the flaw in that line of thinking. Though I still worry that wearing a dress to an interview or to work will make me seem too feminine to be a mechanical engineer, I’ve grown into embracing my own girl-ness a little more…

For at least a week or two I had been sleeping on the decision to purchase Fenty Beauty products, in part because over the summer I really got into skincare and thought it might be interesting to experiment (yes, me, a twenty one year old adult, experimenting) with cosmetics. It’s not that I haven’t used cosmetics before (in fact, I wear make-up periodically for special events or occasions) but I never really did the deep dive with the youtube video tutorials, etc. etc. (until I finally did treat myself some Fenty this weekend, lol)

Cosmetics represent the height of femininity to me, the height of girly-girl-ness, and that’s in part why I don’t wear it so often (well also because my mom told me it would ruin my skin). But I also saw, through the response to Fenty, how it’s simply another product, which women (and men) have been using for centuries, that can also have social energy channelled through it. Rihanna’s Fenty Beauty collection has a remarkable number of foundations–40 different shades (for reference, MAC has only 19 or so). That release went viral–there have been waves and waves of women and men supporting it, saying that other brands should do that more. The release of a cosmetic line sparked a conversation about colorism, diversity, and the social responsibility of corporations. Consumer pressure can change the market, and after Fenty, a lot of consumers began pressuring. And I didn’t see this as frivolous or unimportant–quite the opposite.

One of the things I realized while working on the Muti Water Project is that, sadly, as many wells as I could possibly build in a lifetime would not be enough to serve the whole region of Kafa, and worse, even the ones I could build would still eventually fail. This is a problem that I could not “brute force” my way through, that I could not simply engineer solutions to. Instead, water problems are systemic–they stem from lack of good governance, global financial crises, historic discrimination, effects of colonialism, trade agreements, politics, income inequality…even the Civil Engineering researcher I worked with said, “my job is 20% engineering and 80% politics”.

In short: the humanities are important! Everything (well, almost) is important, and some of them might surprise you. There are (unfortunately) some in STEM fields, even at MIT, who write off humanities subjects or studies outside of their own as unneccessary, but that couldn’t be further from the truth.

What I’m trying to tell you is, we need Rainer Weiss, and Bill Gates, and Rihanna, and Senator Elizabeth Warren, because all these people and all the things they do are all important.

As I said, in college, I’m constantly wondering what things really mean–what does it mean to be a woman, what does it mean to be mixed, what does it mean to be an engineer? I made the decision this fall to take 2.75: Medical Device Design instead of 2.009: Product Design which is the big capstone class for mechanical engineering. Both are excellent courses, but I found myself gravitating toward a subject that had more inherent meaning–in 2.009, your team comes up with a product idea or problem to solve. In 2.75, clinicians and doctors in the Boston area come to you with problems in medicine they want to solve. I’ve realized that I want my future work to be meaningful. That means different things for different people, but I think for me, it means working in positions where I feel like I can have a direct impact on humanity. 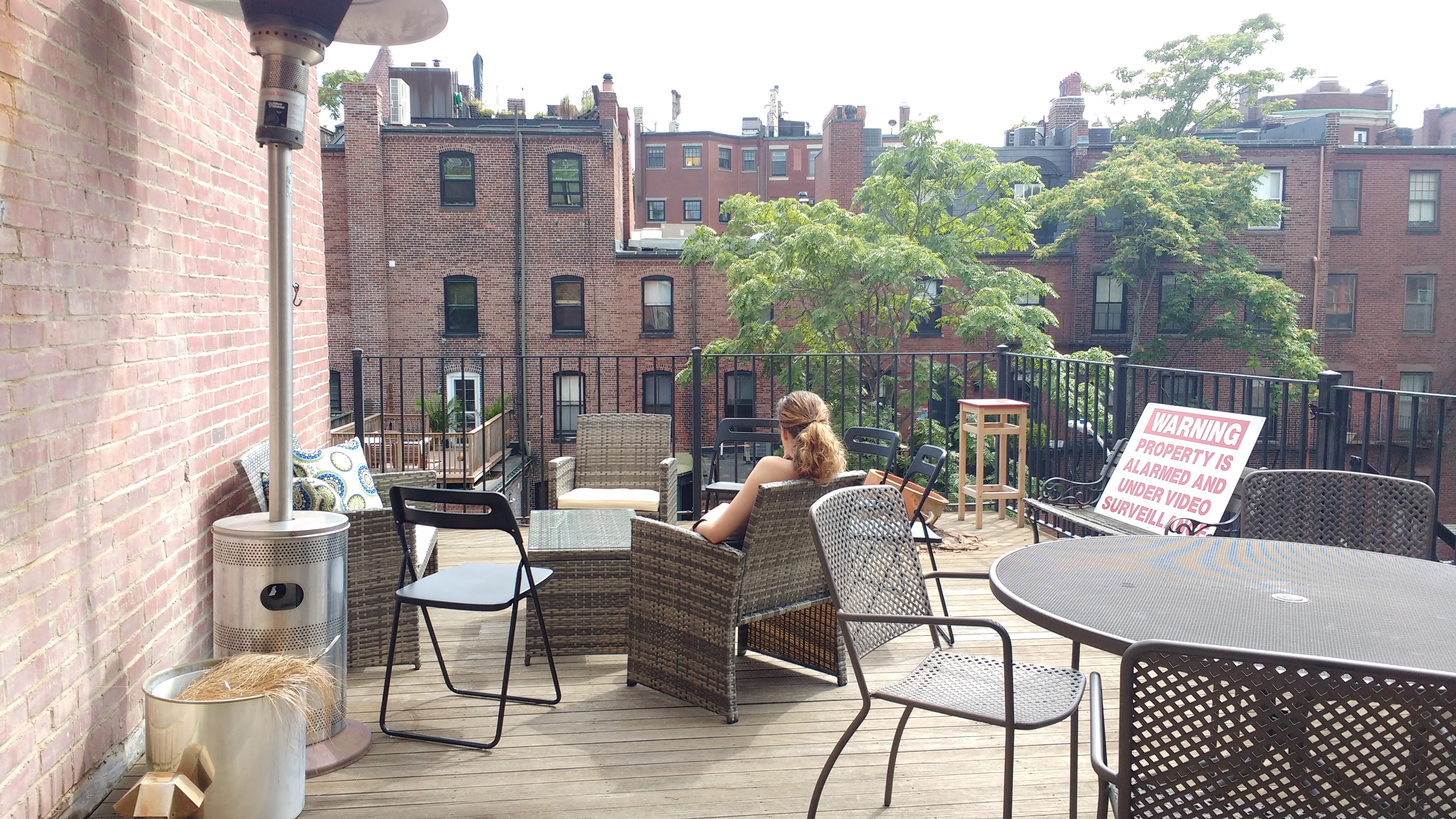 The patio of the DPhiE house! I put up the warning sign (which I found somewhere lol) 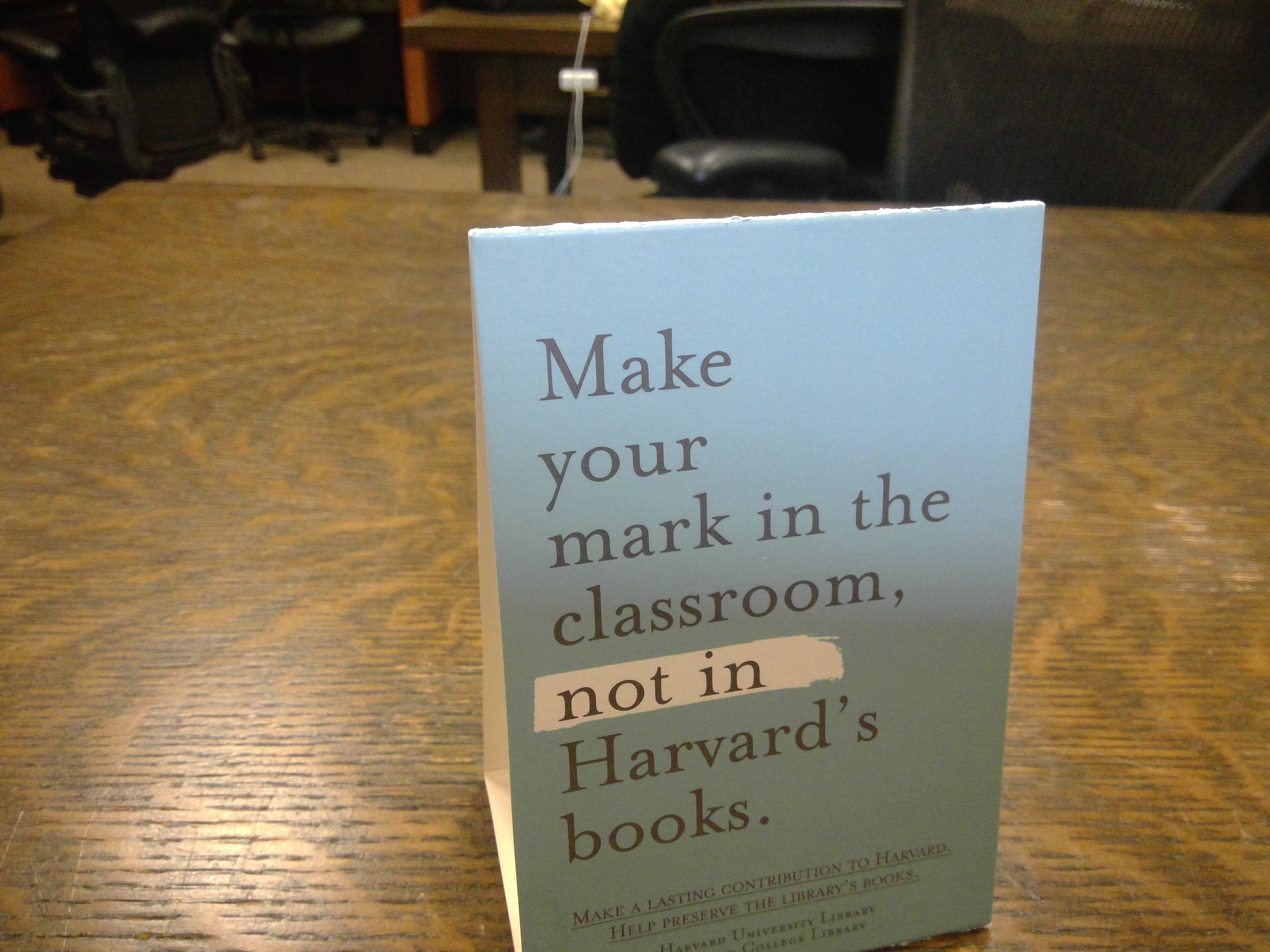 Something funny I saw in the Harvard Yenching Library (I’m taking a Chinese class there!) 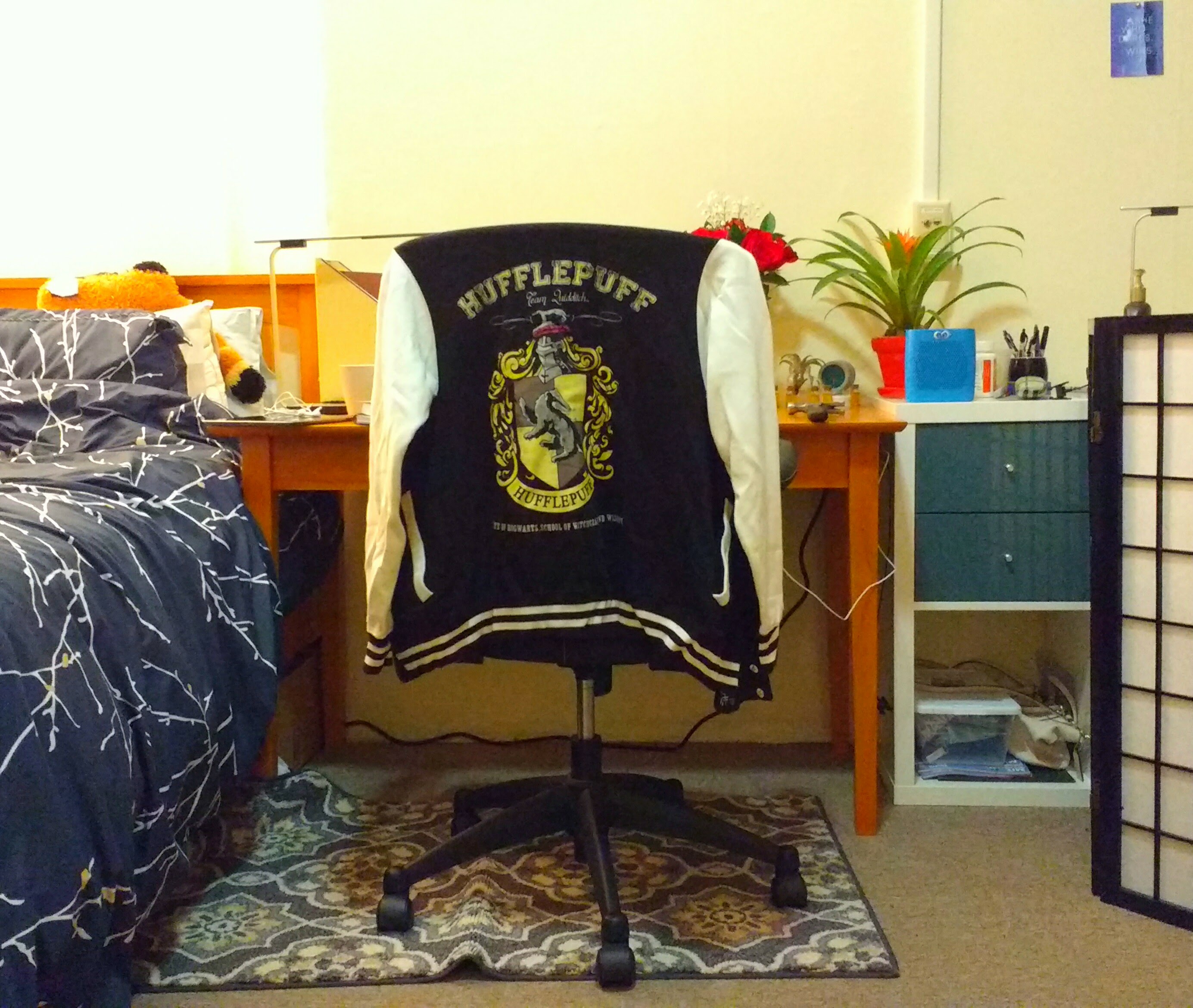 My roommate’s excellent jacket (also, part of my room) 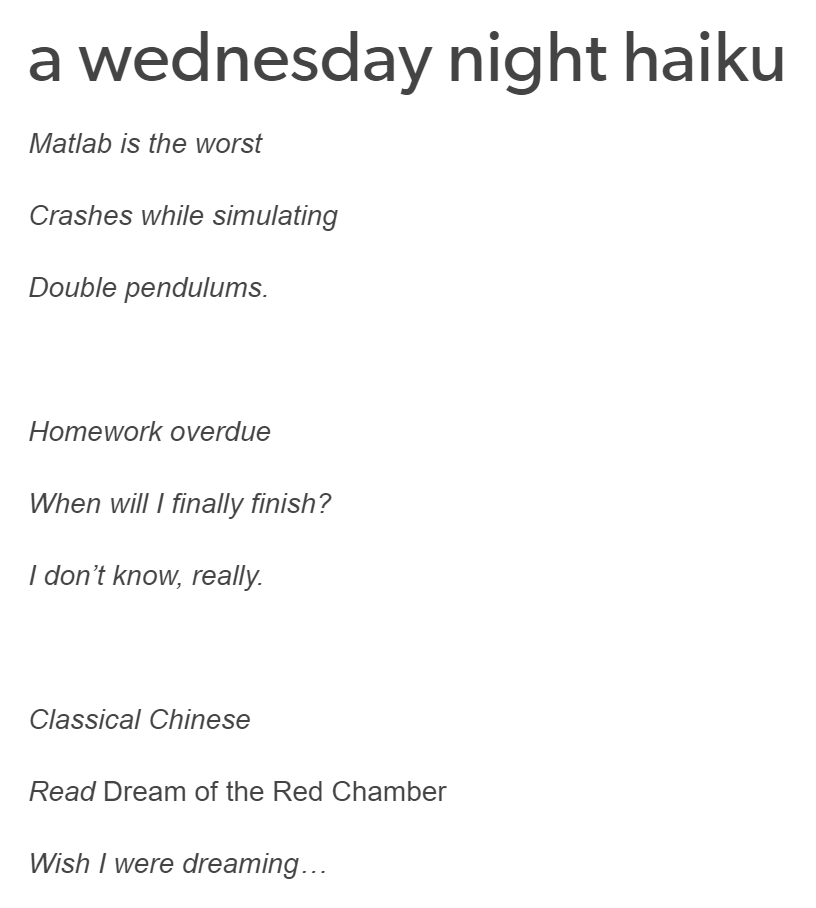