in which i ramble about careers

Janice: Hey! Thanks for making time for this.

Janice: I know it’s been months since we’ve last talked, but now that you’ve been here for more than a month, I wanted to check in and find out how you’re doing.

CJ: It’s been great! I like the company so far.

CJ: But I’ve also been thinking about a lot of questions…

Xian: I used to worry about being the oldest intern in our cohort, since I’m two years into my master’s program. The first few weeks, I was like, oh my god, everyone is so young.

CJ: Well, even if that were true, it’s not like you’re the oldest person in the company by any stretch.

Xian: I realized that, after talking to the rest of my team. There’s people who’ve been in the industry for decades now. I can’t imagine that.

CJ: Yeah, I’ve been trying to think about whether I want to do this after I graduate too. I mean, I can do a master’s, or if I’m given a return offer, I could take it, or I could try to look for some other job. But I don’t know. I guess that’s also one thing I’ve been curious about too. Why did you decide to do a master’s?

Xian: The main reason is that I wanted to learn more about systems.

CJ: …because you graduated as an advertising major. Right.

Xian: I was interested in learning more about databases, and distributed systems, and operating systems, so I’m doing a master’s.

CJ: But you’re here as a frontend intern?

Xian: Yeah. I’m looking to pivot more into backend and full-stack roles. Because I find it more interesting.

Xian: Laughs. Yeah. That too.

Anna: What do you think about the internship so far?

CJ: I guess I just find it weird, the thought of doing this for years and years after I graduate, you know? I mean, sure, I’ve liked it now. And I’ll probably like the next two months. But when you think about years, that’s just like, so long.

Anna: Yeah. I guess we’re not really at the vantage point to pass judgment at it.

CJ: But by the time we are at that point…

CJ: So what are you doing then? You’re an incoming senior too, right?

Anna: Kinda. I have one more semester before I graduate.

CJ: And then what? What are your plans after graduating?

Anna: I dunno. I was thinking to go into software engineering, like this job. Because like, what else is there to do? I don’t want to go into grad school. It doesn’t seem like I have any other options.

Anna: It just feels like… I’m locked in to this choice, you know? I just don’t really know what other possibilities there are.

CJ: One of the… spiritual problems I’ve been thinking about, these past few days, is what I want to do after I graduate.

CJ: Yeah. And the only thing I’ve done before this was a UROP at a lab that I didn’t like. And I’m not sure if it’s because I didn’t like being in academia, or because everything was remote. Now I’m thinking the same thing about this internship. Do I like it because it’s a good fit in a good company, or because things are in-person and I’m in a new city?

Lillian: Well, why did you choose to work here in the first place?

CJ: Well, that’s not entirely true. I know I said during interviews that I wanted to experience working in industry, but I didn’t have any other goals than that. I just had these vague notions of waves hands career growth.

CJ: This is like, what, your fourth internship? So what’s different about this company compared to the other ones you’ve worked in? I mean, we’re a startup and all, so I imagine the size feels different.

Xian: Even if we’re a startup, this is actually the largest engineering team I’ve worked with.

Xian: Well, my first internship was in marketing, so that doesn’t count. My second one was in a big company, but I only worked on a side project with a research team, of about ten people. It was a co-op, so we were almost all interns.

Xian: My third internship was at another startup, but one that was even smaller than this one. The whole company had only fifty people. Here, we have over a hundred engineers. So this is actually my largest company.

CJ: That’s neat. So what would you say the difference is, then, being in a larger company?

Xian: Hm. One thing I’ve noticed is that, the bigger the company, the more people you have to talk to.

Xian: Well, right now I’m working on a feature, right? I’m looking at the existing code, and it was written by some person. Then I need to work on the design, and for that I’m working with another person. Then I’m asking about our design system, created by a different person, and then on another piece of code, it’s a fourth person.

Xian: When I worked in smaller places, I always knew who wrote which part. I could go directly to them and ask them about it. Here, even if I did know who wrote which part, the other person might be in another timezone, or someone not in my team, so they’re harder to reach.

CJ: So what do you feel about that? Is that a bad thing?

Xian: I mean, not really. It’s neither better nor worse. Just different.

CJ: The other reason I wanted to come here was the people. I mean, I only had two choices for this summer, and the reason I chose to go here was because I vibed more with the people I talked to. And it’s true that I don’t directly work with many of the people I talked to when I was deciding. I think the only person I talked to then that I work with regularly now, is you, you know, as my manager. But it turns out that the people in our team have the same vibes too, and I liked that.

CJ: Yeah, me too. That’s one of the things I’ve figured out about what I want to do after college: I want to be around people I like.

Lillian: That’s nice. I think being around people you like is a respectable want.

CJ: But isn’t it true that I can find that in many other places? I can go and do my master’s and that’d still be true, or I can go to another company, and I’m pretty sure I can find that too. I guess the question I’m figuring out is: is that all I want? I have the feeling that I’m missing out on something more, but I don’t know if that’s true.

Lillian: Well, I think a lot of people, at your age, don’t know what they want later in life. And I think surrounding yourself with people you enjoy being with is a good way to figure it out.

Lillian: It could be worse. You could wander off aimlessly, without an immediate purpose at all. Then it’d be harder to figure out what more you want in the future, without having something that you know you do want to contrast it with.

CJ: That’s fair. I do know that my want to be around people I like is pretty strong.

Janice: When I was an intern at this much bigger company, I had the time of my life. I was in a new city, with a lot of cool intern friends, and I’d look forward to going to lunches and talking with them.

Janice: And after that, I knew, I never wanted to work at a company like that again.

Janice: Yeah. I was working on things that had this small impact. It’s true that I got to own this one small part from beginning to end, but I wanted more, you know?

CJ: I see. I think I can empathize with seeing the impact that your work has, and wanting to own a good chunk of the product. But I guess part of it must also be just liking to code, because I come across so much code that’s from you.

CJ: I think I do, yeah. I’ve really enjoyed this past month here. And although it’s hard to think about the scale of years, I think I could do this for a while, you know? It’s just that, if I got a return offer, I don’t know if I’d take it.

CJ: You said it yourself, months ago, while I was being recruited, right? The company’s growing so quickly, that it’s going to be hard to tell whether it’ll be the same in a year. So I wouldn’t know what I’d be signing up for.

Janice: Yeah. I think we doubled the number of engineers since our interview a few months ago.

CJ: Exactly. And so while right now, it feels like I’m owning a good chunk of the product, that I’m making changes that will definitely help customers… I’m not sure if that’ll be the same once we’ve doubled again. Will our teams get bigger, or will we add more teams?

Janice: Mhm. Well, one piece of advice I like to give is that you can only connect the dots in retrospect. The only way to know what it’s like in a year is to come back in a year and find out yourself. 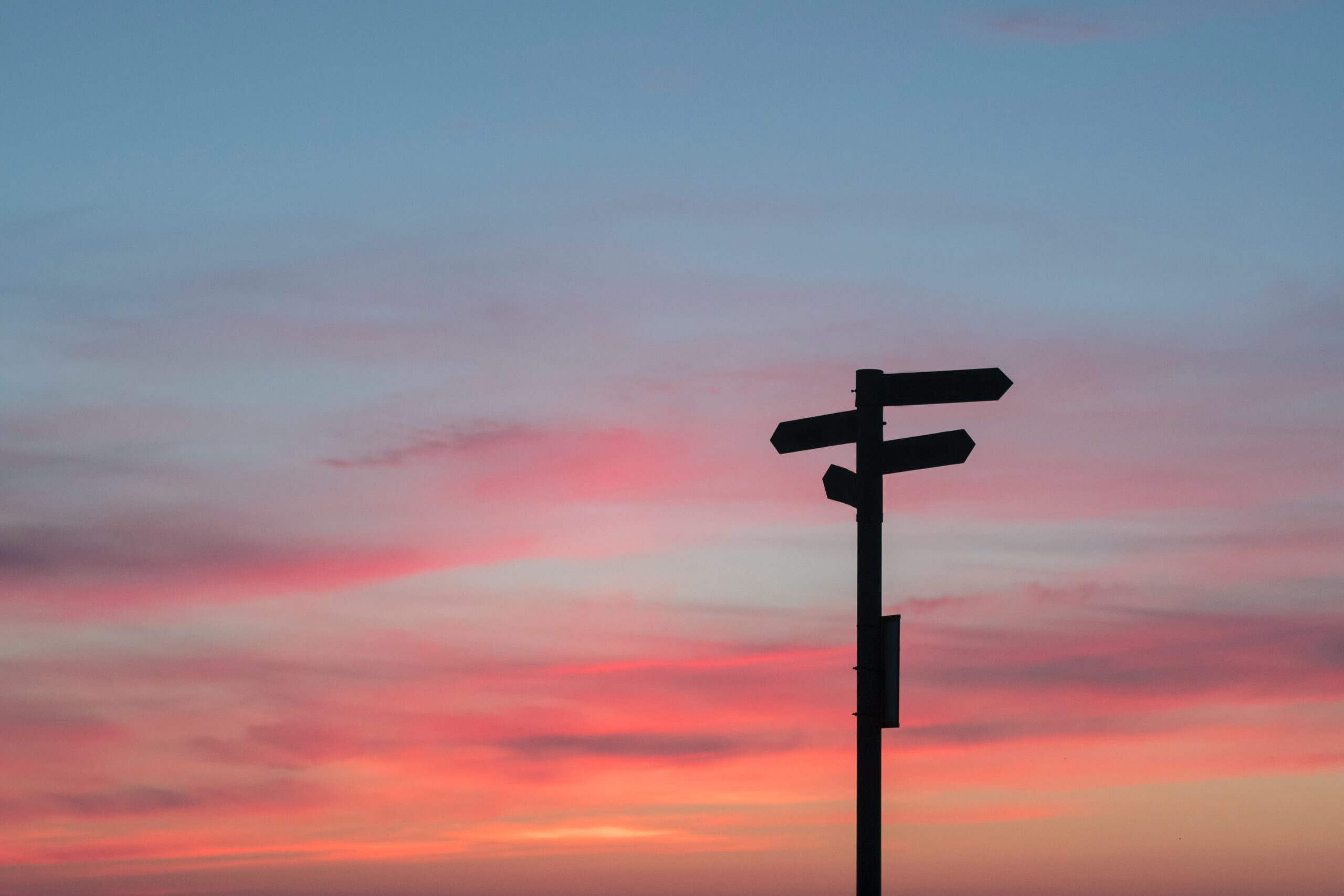 CJ: I guess one thing I’m curious about is, why are you here, then? What’s your reason for choosing this company?

Lillian: Well, as an engineering manager, I wanted to work with a larger group of engineers. All my previous companies were smaller, and I wanted to get the experience of rapid growth.

Lillian: This is, after all, my fourth startup.

Lillian: Is that surprising?

CJ: No, it’s just that this is Xian’s fourth startup too.

CJ: I know we’ve talked about why you chose to come to this company.

Janice: It was part of recruiting you, yes.

CJ: You said liked working on large problems, that you found joy in engineering. I can relate to that too. But what I’m more curious about is, well, why did you stay?

Janice: That’s a good question. I’ve been here for almost four years now. And there were definitely times during those four years, when I’ve taken those recruiting calls, and read those LinkedIn messages more carefully. Maybe it was the pandemic, but I felt restless. I kept wanting to try something new.

CJ: But you stayed anyway.

Janice: Yeah. Because I kept finding that new thing to work on. There’s so many fun problems here. And we know that the thing that retains and attracts engineers is fun problems. That’s part of our culture.

CJ: So yeah! That’s what I’ve been doing these past five weeks. Soulsearching. And coding.

Janice: Laughs. Soulsearching and coding! Not a bad way to spend your summer.