Planet Earth is blue, and there's nothing we can do

When I was fifteen, in the summer between tenth and eleventh grades, I spent three weeks at nerd camp. I was what multiple exes have described as “too goddamn independent” and my mother, much as I love her, was a wee bit very overprotective. The program satisfied her need to have me in a rigorous academic environment and my need to be really, really far away from home for a bit.

One afternoon that summer, while about eight of us were hanging out in one person’s room after class, someone put on David Bowie’s “Space Oddity.” Everyone in the room sang along to the entire song as loudly as they could – except me, having never heard it before because… eh, who cares why? It’s not central to this story. I listened and watched as this happened, amazed at how well a single song had made everyone around me feel like maybe maybe mayyyyyybe they finally weren’t the only oddball around anymore.

This happened at least three more times before the end of the program. By the fourth time, I could sing along with everyone else straight through.

On Monday morning, my Facebook feed featured three different people from that room saying, “Planet Earth is blue, and there’s nothing I can do.”

When I was seventeen, about a month after coming to MIT, my friend Hanna ’10 and I started a radio show at the campus station, WMBR. That show is now in its tenth year; Hanna’s gone off to New York for grad school, but I’m stuck around because my jobs have been here, my med school is here, and they haven’t kicked me off the air yet.

Sometme around 2010, we played David Bowie’s “Oh! You Pretty Things” during a set. (Or 2009? 2011? I’ve been doing this a while, he’s my third-most played artist, and the exact year is not important to this story.) Someone called us about thirty seconds in and said, “Yeah, I have a request?”

“We can help you out!” I replied. “Just give us a second. We’ve gotta take care of something.” Without putting the line on hold, I placed the receiver on the counter and Hanna and I sang at full volume into the middle of the soundproof control room:

I picked up the receiver again and said, “thanks for holding! What can we play for you?”

The caller said, “After that? Nothing. That’s better than the thing I was gonna ask for.”

Between Monday morning and now, David Bowie has been played on WMBR 126 times on 28 different shows by 24 different people. They are students, staff members, alumni, and members of the Boston community. They are between their teens and their sixties. They are DJs. They are what they play.

When I was nineteen, in October of my junior year, I was learning to live with somebody’s depression. (I did not want to live with somebody’s depression.) Towers in Senior House threw its annual Glam Rock party, a reliable excuse to order an obscene quantity of glitter from Oriental Trading, put on your red shoes, and dance the blues. Every year by 1 AM, everyone in the suite is just hugging everyone else in the room and singing along to “Five Years.”

There was a moment during Glam Rock ’08 when we were listening to the middle third of Diamond Dogs; “Sweet Thing” into “Candidate” into “Sweet Thing (Reprise)” is eight glorious minutes of music that should really just be listened to straight through. (I have subjected my listeners to this on the air several times.) I suggest we all just take the time to do that right now. I’ll wait.

On this evening, someone co-opted the speakers midway through “Candidate” to put on a Mott the Hoople track. (Or Roxy Music? Or Mick Ronson? Or even another Bowie song? Surprise: the exact song ain’t relevant to this story.) “WHAT?! COME ON,” I said, at the same time as a single other person in the room. Someone else understood what sacrilege this was.

On Monday morning, I sent Dan ’04 an email that read, in its entirety, “Sweet Thing –> Candidate –> Sweet Thing.” We’re both feeling pretty down this week.

Sometime between Monday evening and Tuesday morning, these appeared in and outside Lobby 7: 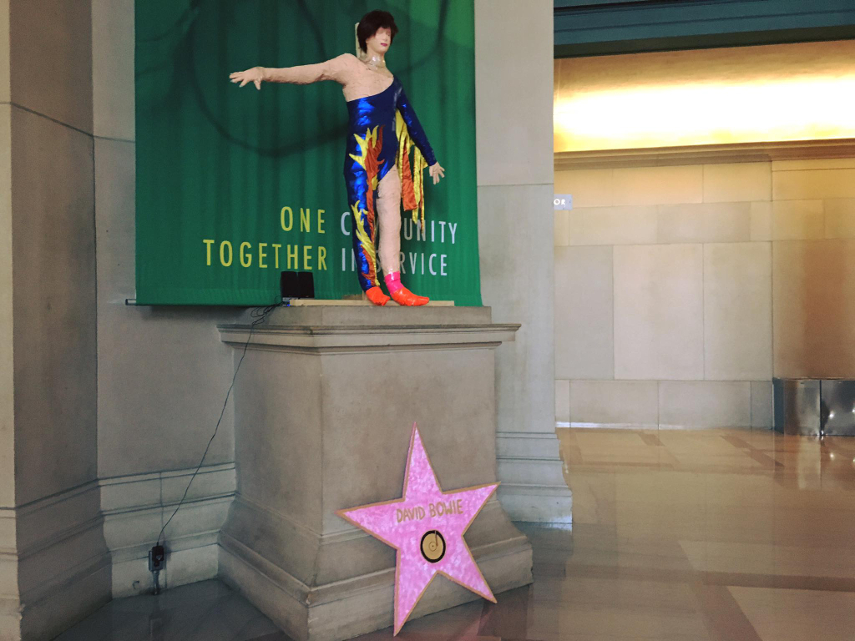 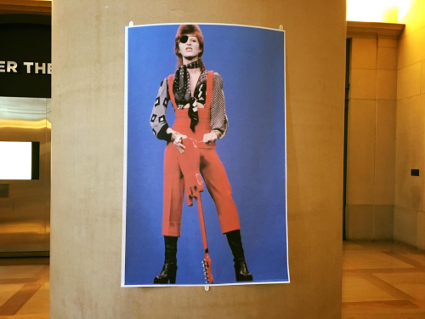 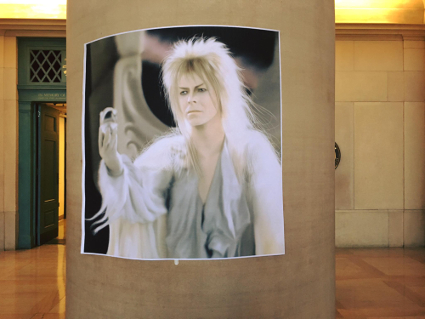 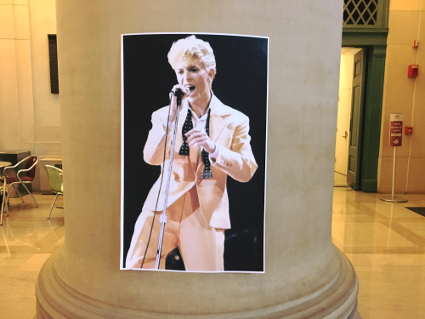 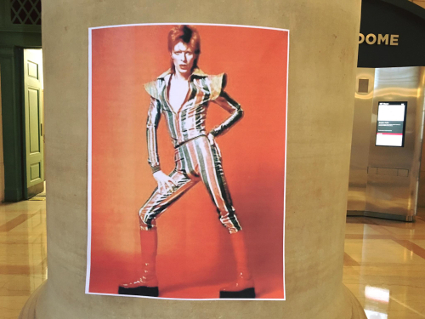 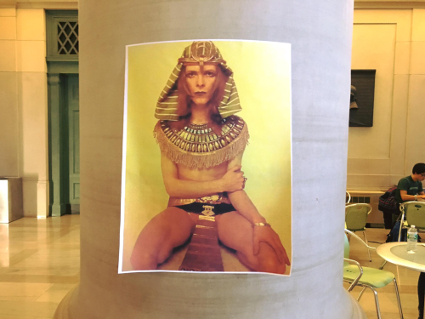 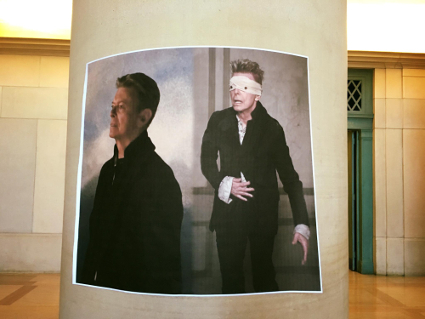 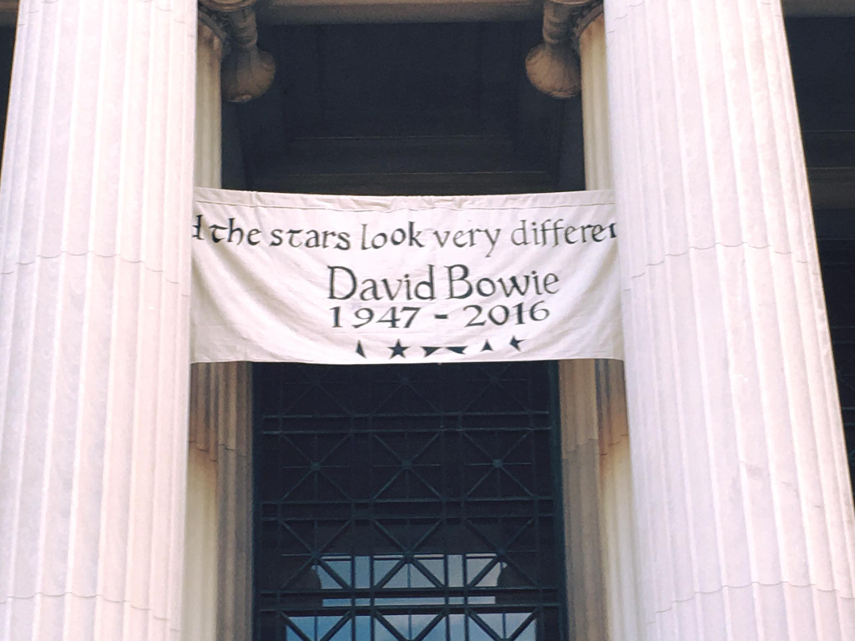 It would not be a stretch to say that David Bowie would have fit in at MIT pretty well. His 50 years of creative work repeatedly said something the people here also tend to believe:

Tell me your David Bowie stories, and feel free to rock and roll with me while you do it.