The Bubble Bath Disastrophe (and Other Adventures) by Lydia K. '14, MEng '16

Spring break: adventures and misadventures, coming home, and MIT on the Colbert Report—twice! 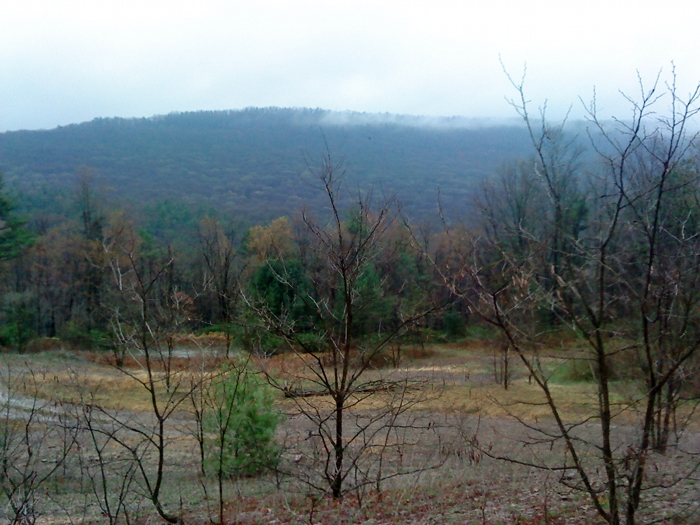 Instead of flying, my boyfriend Cory and I took a bus from Boston to New York City and another bus from New York to Pennsylvania to visit my family. After we got off the first bus we wandered around a few blocks of New York City for twenty minutes and then arrived at the next bus stop.

It was a large white van with A One Bus Inc written on the side, along with its capacity, 18. The driver sat us in the back, and fit more people into the van as they showed up. Eventually the van was full. A girl came up to the driver, asking to pay in cash for a seat. The driver reached under a seat in the second-to-last row and, like magic, out came a ninteenth seat, without a back or a seatbelt, filling up the aisle. The girl grasped two other seats and sat down on the new low seat.

Then a boy came over, also with cash. The driver put his guitar in the trunk. We heard metal clanking and we laughed, wondering if he’d conjure up another seat in the trunk and the boy would ride with our luggage. But no! Out came a preschool-sized folding chair (“Does that have a seatbelt?”) which he fit in the aisle in front of the first fold-out seat.

Here’s the view from my seat in the last row, and then some of us in front of the bus outside a gas station. The folding chair appears outside the bus on the right and under the man in the orange hoodie on the left. 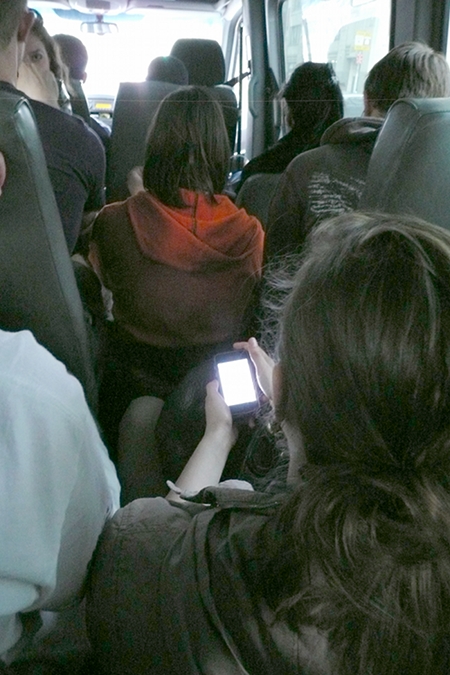 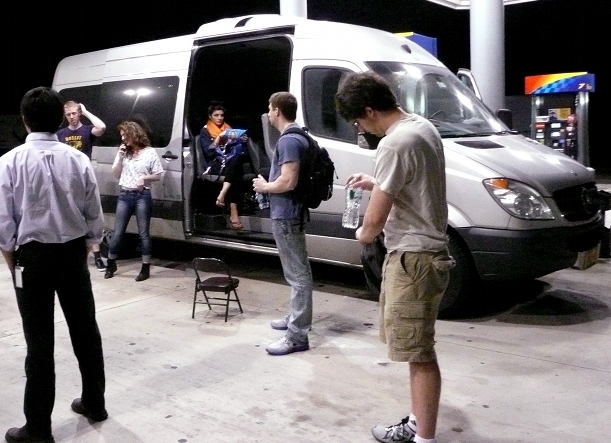 I live in State College, PA, which makes up the bulk of Happy Valley, part of which is called Pleasant Gap. The town revolves around Penn State, is surrounded by farms, and is said to be growing into a small city. Purple mountains shelter us on all sides (from cell phone signal, sometimes), much like the university shields us from the recession and a sea of red shelters our tiny blue dot come November. There is almost no crime, everything is 15 minutes away, and the grass seems to stay green year round. The place radiates energy and optimism. 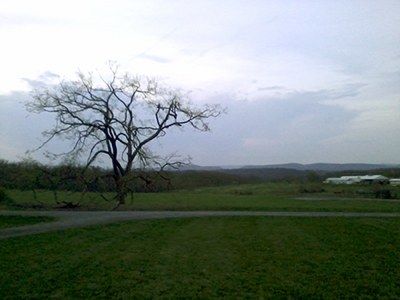 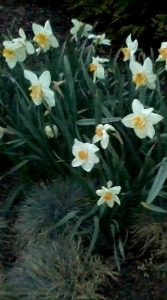 Coming home, for me, is hiking, canoeing, and then a warm, soft bed, a quiet night, and waking up to birds singing and the rain bubbling on the sidewalk. My family is like my battery: seeing them leaves me enthusiastic about my classes and the people around me and optimistic about the future. I spent spring break recharging with my parents, hiking some favorite paths, getting a lot of sleep and amazing food, and playing monopoly and stuffed animals with my brother and my boyfriend. Here are two highlights: a momentous bubble bath and some amazing people on the Colbert Report.

The day after I got home my bother achieved every child’s greatest fantasy. After our second day hiking in the rain he immediately ran upstairs to take a hot bath. Half an hour later there were bubbles filling the bathtub, bubbles climbing up the walls, and bubbles knee-high on the floor. You know you’re jealous. Here’s what it looked like after the first round of clean-up: 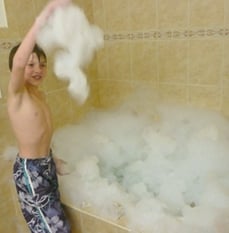 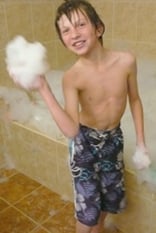 Cleaning up was incredibly fun, like living a childish yet intellectually stimulating dream. We quickly discovered that trying to squash the bubbles only created more bubbles. Cory drained and refilled the bathtub to slowly lower the concentration of soap until there were no more bubbles. Meanwhile I took care of the floor and the walls. The culprit, in case anyone wants to replicate our experiment, was “just a few drops” of Tone Tahitian Vanilla and Orchid Body Wash.

I’ve been interested in sex determination and sex chromosome evolution since my senior year of high school, when I was lucky to be introduced to genomics by Dr. Kateryna Makova. After a year in the Makova lab at Penn State I returned to the same field at MIT, where I’ve been working as a UROP at the Page lab. On March 26th, our PI, Dr. David Page, appeared on the Colbert Report to defend the honor of the Y chromosome.

The story starts hundreds of millions of years ago. The X and Y chromosomes originated as identical autosomes, non-sex chromosomes. After they split, the X chromosome continued evolving at about the same rate as other autosomes; the Y chromosome, on the other hand, began shrinking and losing genes. Some people speculated that the trend would continue, and that within 10 million years the Y chromosome would disappear completely. Would a new set of sex chromosomes replace the X and the Y? Would we split into new humanoid species? Would men disappear?

To settle the debate, the Page lab sequenced the Y chromosome of the rhesus monkey and compared it with ours, discovering that while the Y chromosome degenerated rapidly after its split with the X, it has been relatively stable since the human-rhesus split, 25 million years ago. Here is Dr. David Page explaining the conclusions on the Colbert Report:

For a more detailed account, read the full paper here.

On a related but less serious note, I found out this morning that the Tacocopter, invented by the super amazing MIT alum Star Simpson, along with Dustin Boyer and MIT alum Scott Torborg, also recently found its way to the Colbert Report. Check it out.

Other diversions this spring break included putting my phone through our washing machine’s 57-minute cold cycle (extra rinse, extra spin; it lives!); buying and planting a five-and-a-half-foot-tall heartthrob dogwood tree, which will bloom in June, for my mom’s birthday, which will happen in April; and running every evening with my dad, who runs five to ten kilometers every day, barefoot, rain or shine, in temperatures above 27 degrees Fahrenheit. I learned how to spell cumulonimbus, in preparation for my brother’s spelling test, and I learned how to cook things that are not cereal, in preparation for surviving the rest of this semester.

As always, it was good to be home. 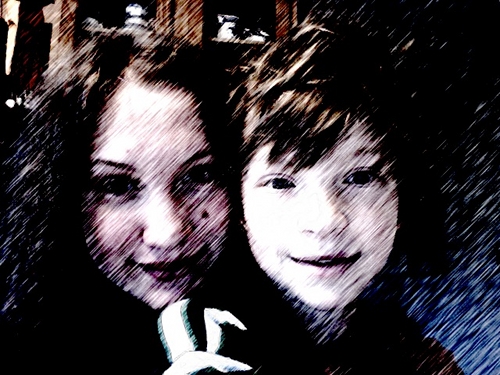