I've been getting into it.

If you had asked me what I thought college life would be like back when I was in high school, I would have said something like “prolly pretty busy right?”

Let’s run this through. I present to you my schedule from this week: Highlight Reel:
Monday: Nothing actually happened on Monday, which makes it the most normal day this week.
Tuesday: I did have a lot of white space on Tuesday, but I also went to the Society of Women Engineers event as well as the HackMIT Git seminar. (Free dinner: achieved. Pepper Sky is SO GOOD)
Wednesday: Wednesday was a LOT. Fortunately, I now know how to make a website, something that I never actually knew how to do before. Also, the resume workshop was filled with some very kind and helpful company reps and upperclassmen – and, as it happened, was also filled with Chipotle. (Free dinner: achieved)
Thursday: One of Petey’s former students came in to give a talk about his work at Buzzfeed, and it was actually really cool. Apparently, “there are a lot of numbers involved, in spite of writing memes all day”. After that, I wandered to another HackMIT event for the free food before heading off to get wrecked in quiz bowl practice. (Free dinner: achieved) The front slide of the presentation, co-starring a shiny Petey.

Friday: WE GOT LIGHT SABERS AT THE ROGUE ONE SCREENING. LIKE, ACTUAL LIGHTSABERS. 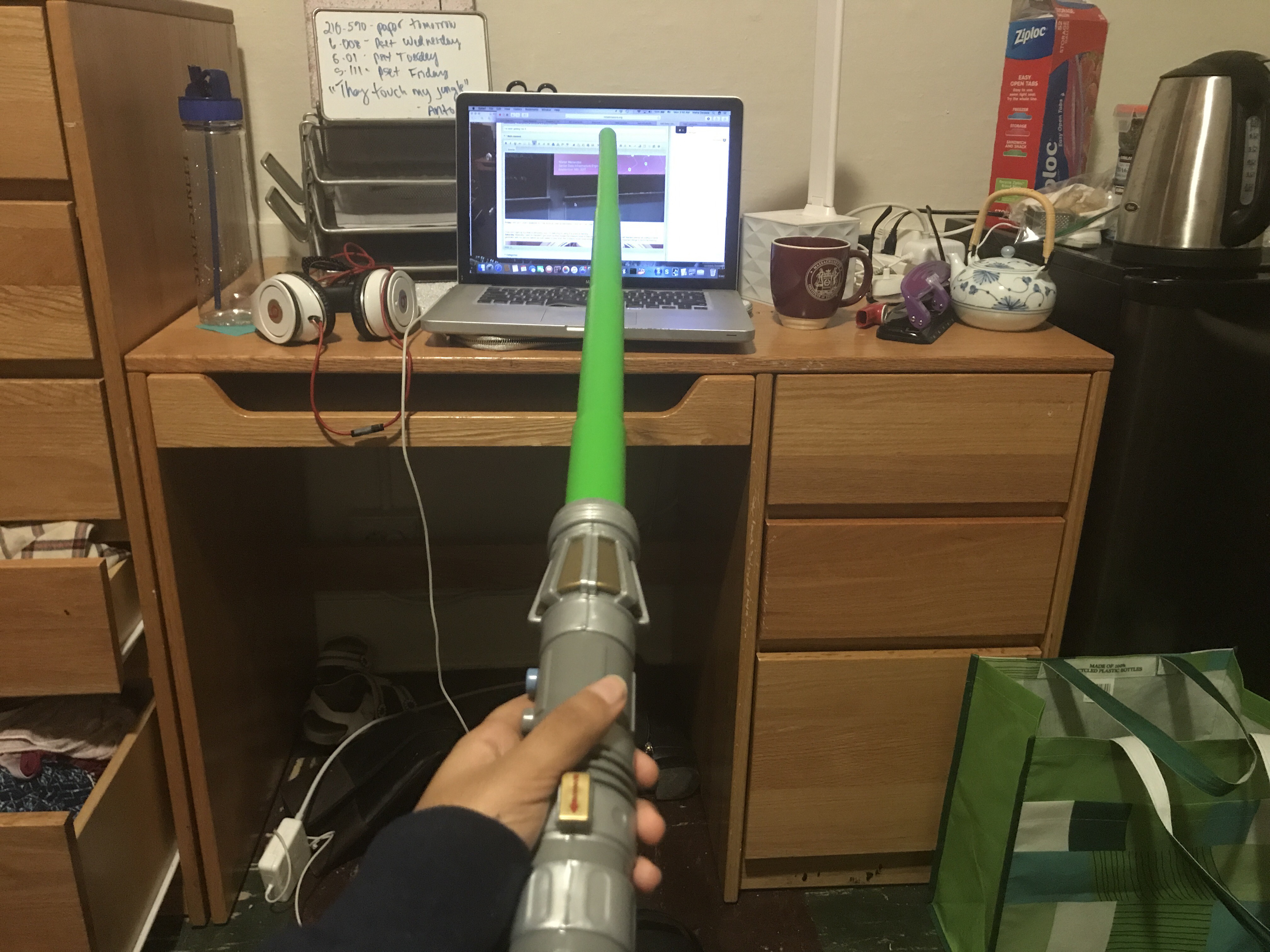 They don’t light up but they’re still pretty cool. I’m planning on using it to practice saber fencing, my PE class this semester.
Saturday: Basically, I went to HackMIT, got lunch for free, looted the treasure trove of free stuff from sponsors, and made a half hearted attempt at coding a meme generator with my partner before we both bailed to play pool. We probably could have actually pulled it off, but we had more important things to do in the evening. 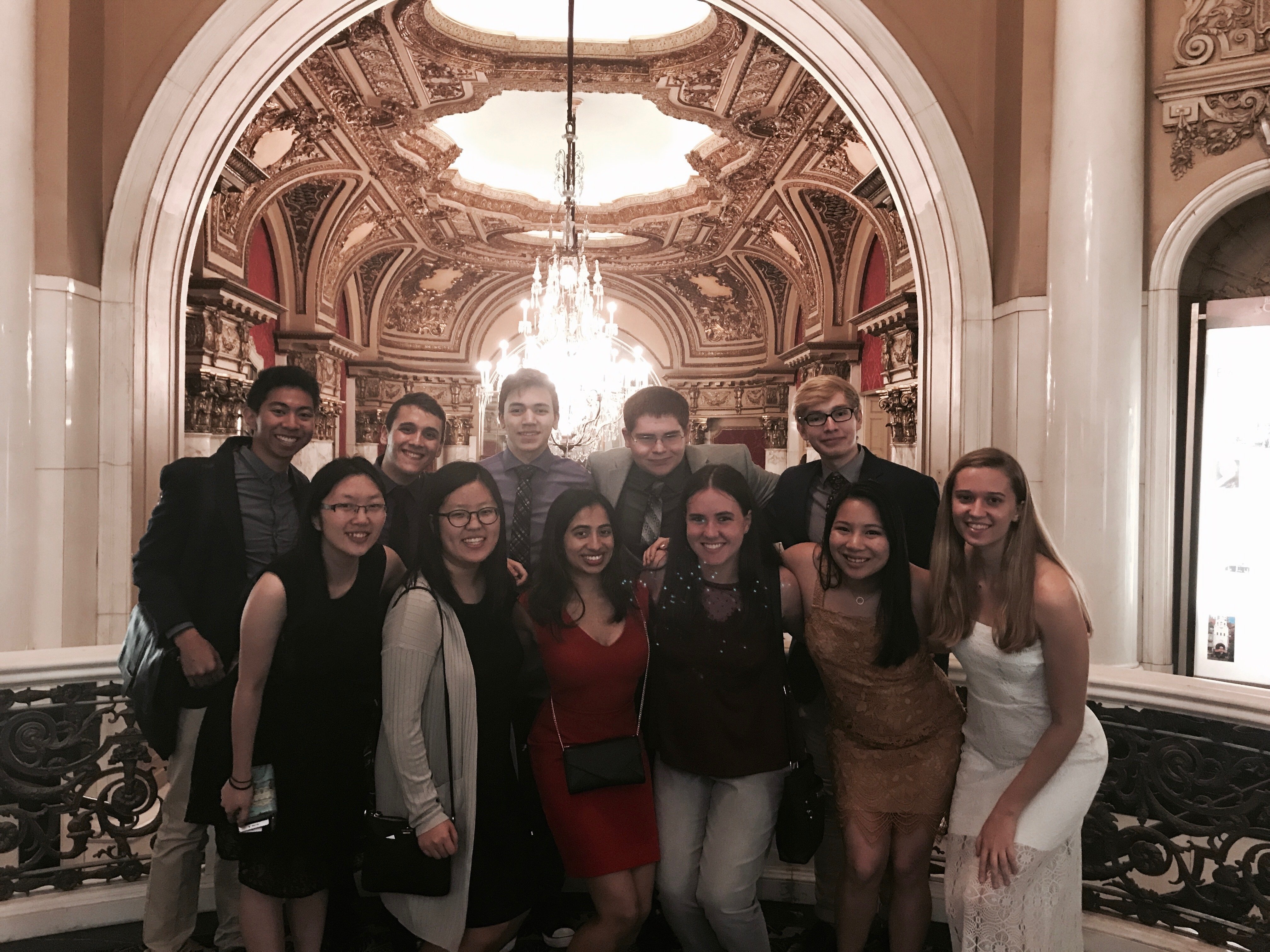 We went for Phantom of the Opera, aka MY FAVORITE MUSICAL EVER

PSA: the Boston Opera House has a BUNCH of really awesome musicals coming up, including Hamilton next fall!

Some of us followed up Phantom with the Reawakening at East Campus. If I had to sum it up in a single word, I would go with humid.

Important things I learned from this week:
1. It is definitely possible to semi-survive on free food. Don’t believe anybody who tells you otherwise.
2. Stepping up my time management game is probably a good idea. The mind-bending schedule was probably due to the fact that it was both HackWeek (a series of events that HackMIT ran in preparation for the hackathon) and SWEet Week (the Society of Women Engineers club running a bunch of events), but it reminded me that I haven’t even started half my clubs or my UROP yet. This could be what EVERY week looks like from here on out.

I don’t know whether to be enthused or afraid, but I definitely feel as if I have taken my first tiny sip from the firehose that is MIT. Hopefully I’ll be ready when it hits me full force.