I’ve been really bad about updating lately. It’s that point in term where every week feels like a hell week in some way. It’s also been quite a while since I put any pictures in this blog – I want it to be substantial, and I feel that too many photos takes the focus away from the writing. However, photos have their place too, and I decided that this entry is it!

First, there’s these photos from the UA retreat, which was nearly a month ago. We had the retreat in Cody, New Hampshire. It was very pretty, but it literally did not stop raining the entire time.

Alex ’07, Senator from Senior Haus (and, I think, the only third-termer in the Senate this year), decided that it would be fun to put a wooden rail between two top bunks and walk across. I’m at a bad angle here. I don’t recognize everyone from the back of their heads, but the girl at the right is Ruth ’08, a resident of 4th East and a Senator from East Campus, and I think the guy to her left is either Andrew C. ’08 (Senator from New House), or Bryan ’07 (Chair of the Committee on Housing and Orientation). 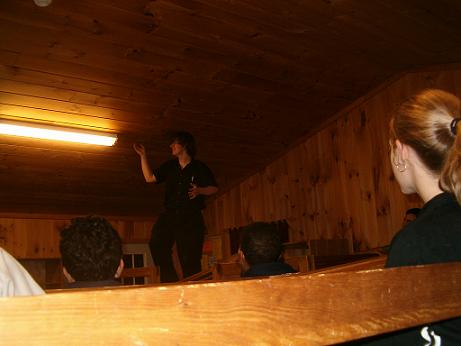 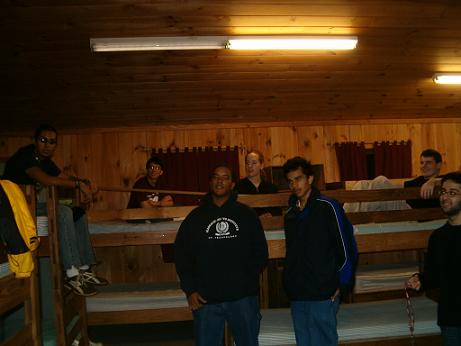 Okay, here I got a pic of Alex ’07’s death-defying expedition between two bunk beds from a better angle (in case you were wondering, he survived unharmed). Andrew L. 07, Speaker of the Senate, watches in the background. 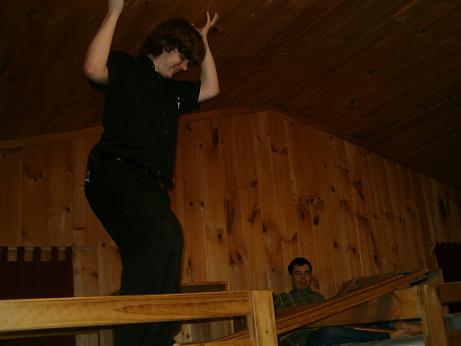 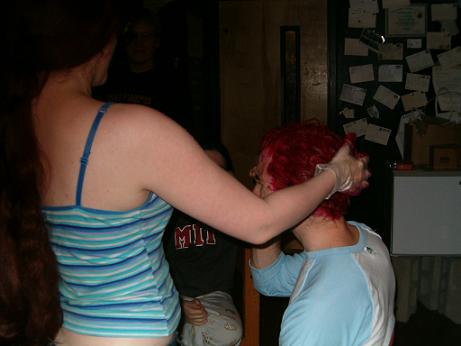 Nick ’09 (now with shocking pink hair!) and Sarah ’08 wanted me to take a picture of them. They dressed as Japanese catgirls. Don’t ask…I didn’t. Lex ’00, who I think is dressed as a gangster (he originally wanted to be a yuppie ninja, but according to him this failed), watches them in the background. 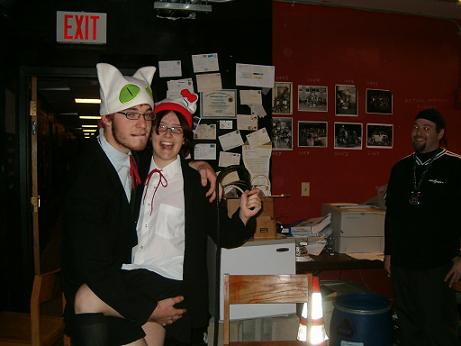 And now, lots of people. From left to right: Irene ’08 is not dressed as anything in particular, but has a funny hat. Sarah ’08 is a Japanese catgirl. Ross ’09 is a bum. Diandra ’06 (in the front) is something undead…the character has a name, but I’m not sure what it is. Nick ’09 is a Japanese catgirl, and Lex ’00 is a gangster. 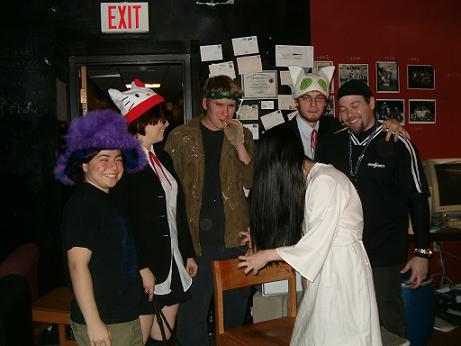 So yeah. Now you guys have pretty – or at least, interesting – photos to look at. And maybe I’ll be less pathetic about updating.

One response to “The return of photos to my blog!”