They say you learn more by living abroad by Jenny X. '13

than by going to school

Well, there’s certainly truth to that.

I arrived in China almost two weeks ago, and spent the first week in the comfort of my relatives’ home and care. They took me everywhere – seeing other relatives, shopping, touring, eating lots. There in Chengdu, capital of the Sichuan Province, I had a stress-free beginning to summer. :) 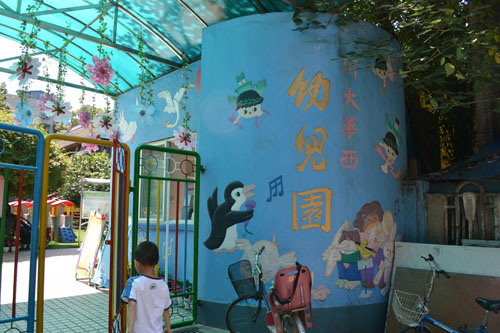 My kindergarten! I tried to go in, but got kicked out after 2 seconds. 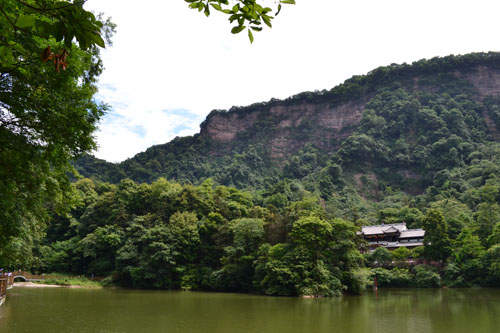 QinCheng Mountain – Fun Fact: The scenery in Kungfu Panda is based on this mountain. 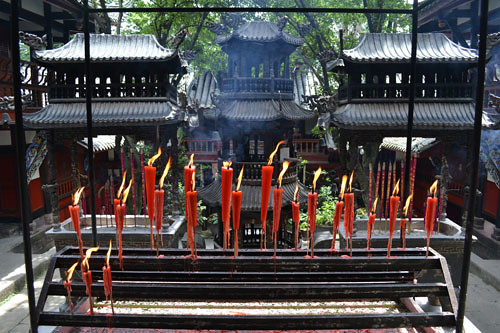 To get to the peak, you have to pass through something like a dozen temples. 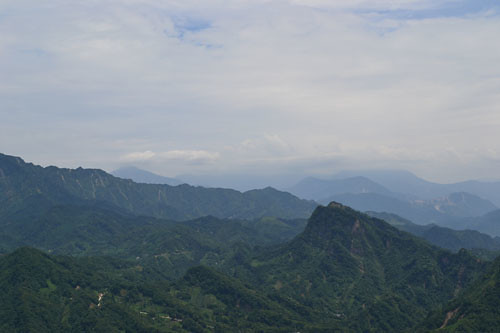 this would be the view from the top!

Found in the traditional streets of Chengdu… 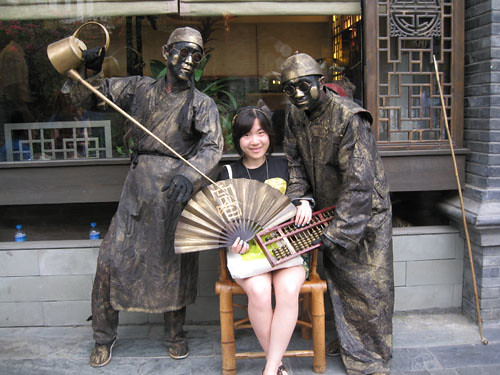 are not statues! ;P

Moving on… the real reason I’m in China is to intern at an architecture atelier at Beijing’s Tsinghua University. So when I arrived in Beijing, everything got just a tad more serious. But that’s also when the real adventure begins.

The first of which is apartment hunting. Bane.of.my.existence…for most of this past week.
I’ve never had to rent an apartment before, so I’m about as clueless as a mango. Me and another MISTI student I’m sharing an apartment with decided to go to different brokers. We looked at something like 10 apartments over 2 days – all in 90-degree weather. There were all sorts of problems such as: 1) landlords don’t want to rent short-term 2) landlords don’t want to rent to foreigners to avoid paying tax 3) the apartment is too far from school 4) the apartment has no bed 5) current renters can’t move out soon enough. You know, problems that I learned are common in the temporary housing business.

So when everything converged to a single-choice that seems to clear all those aforementioned issues, we had second-thoughts about the broker we were working with…because we sort of pulled up his listing from online Beijing classifieds…and we only know his last name…because apparently he is his own boss of a company of three people…located somewhere we don’t really know…

I hope it’s not as sketchy as it sounds! But after consulting most of the Chinese people I know in China, we decided to take a leap of faith. After all, the contract is with the landlord, and if the landlord is authentic…we should be okay…So we set up an appointment.

The landlord is kind of sassy. She owns both apartments on that floor. From what I can read in Ms. Landlord, she seems like one of principles…something about her sass.

If I got deceived in any way, I will let you know. But hopefully I won’t have to…because for the moment, let’s have more faith in people :).

So we signed that contract.
And I can finally think about something else.

Yesterday, I went to Houhai, an 800-year-old lake in the center of Beijing.
This looks like a typical Chinese backdrop, and it is…but do you see something strange? 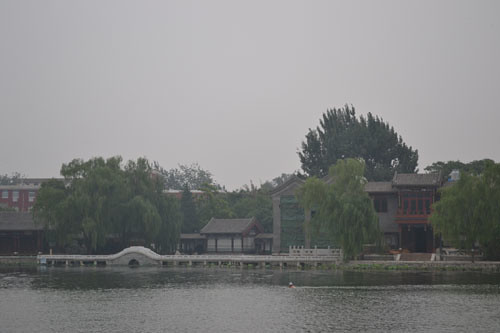 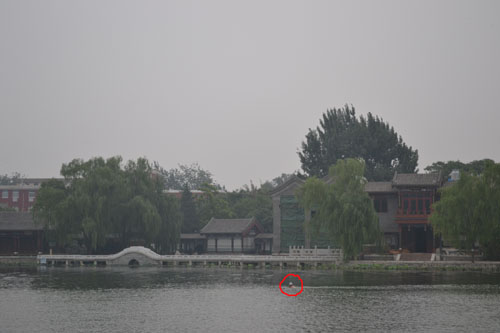 Apparently, you are allowed to swim in there…Despite knowing it’s a lake, I still thought he was a shark at first.

And this is Houhai at night. 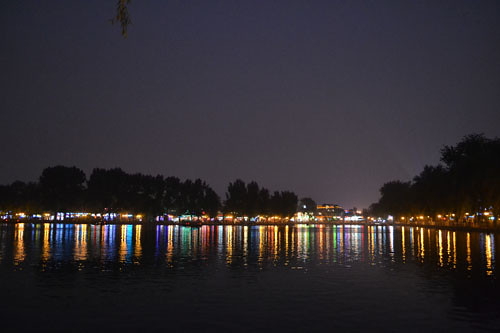 That’s all for now! Most of the group I’m working with have gone on a short trip for business. Next week, the real work begins!

5 responses to “They say you learn more by living abroad”