Things I Learned From Freshman Year by Selam G. '18

Overanalyzing all my bad habits.

When I’m feeling irritable and/or stressed, I dislike empty advice. I particularly loathe the phrase “work smarter not harder”, probably because it was said to me many times last year by half-hearted well-intentioners who wished to somehow alleviate my IHTFP feelings (then negative) but couldn’t think of better advice. I don’t blame them, certainly, they were just trying to be positive. Still, I don’t believe in blanket statements. I like details, caveats, and qualifications. I like taking a little bit of this and that and putting it together into what works for me. I hate those cliche commands–”Work smarter not harder” “Be more focused” “Be more efficient”–because they never tell you how to do any of that, and though the sentiments behind those goals are good, I’ve never found them actually very helpful.

Summer is a good time for planning and reflection. My nerdy corner of Tumblr is where I put a lot of this reflection. In particular, I seem to have an obsession with productivity for the pure sake of productivity, analyzing and re-analyzing my personal behavior, and, as can happen anywhere on the internet, I was surprised in the last couple years to find an entire niche community of people–called “studyblrs”, and consisting largely of college students–that had created a space for expressing this obsession, among other study and work-related pursuits.

When summer began, I saw a lot of “Things I learned from college” posts from other college student “studyblrs” on tumblr, and I applaud them for being very specific–I once saw a list of sixty-six individual items that were all pretty detailed. But that being said, we’re still all a little different–which is why you can never have too many of those posts, I think. This was my own little contribution, and I have since modified and added to it for the blogs. I hope that people might glean a new procrastination-combatting tactic or two from it, and learn from my own mistakes.

(Note: Of course, there were many more important and personal revelations that occurred after freshman year of college that you might think should be included in this post, but what’s included here is simply an obsessive analysis of my habits and how I might change them. Indulge me.) 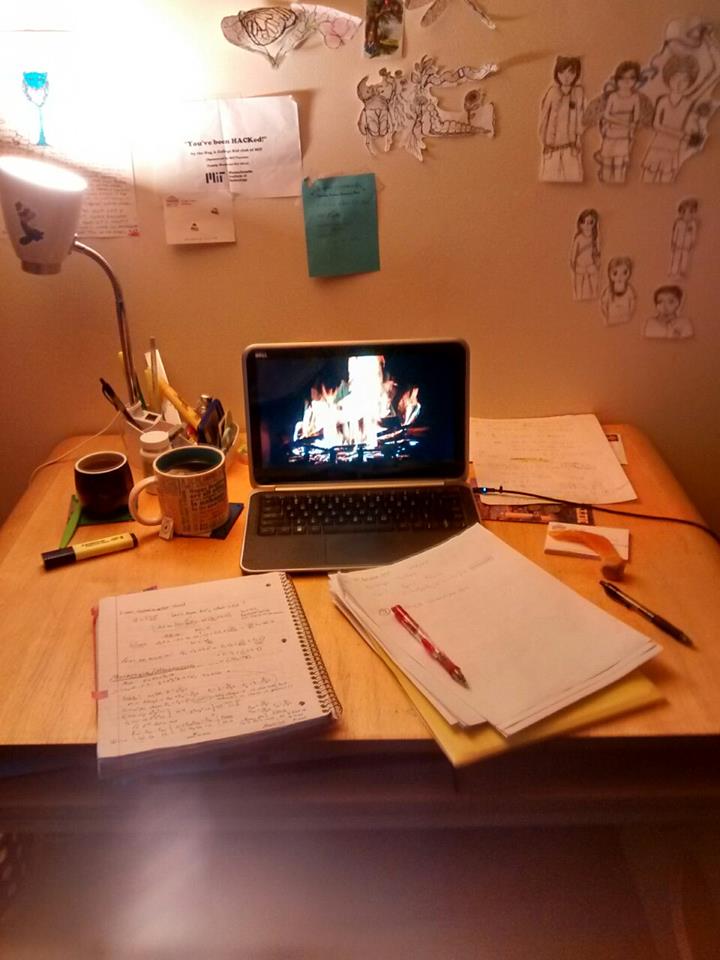 (^how to make studying for finals in December cozy)

I have had ADHD since I was a small child. I’ve now (presumably) grown out of it, to the point that for a time I wondered if my diagnosis had been false. After a lot of personal reflection and research (and realizing I trusted my doctor immensely) I realized that it was definitely not false, and what’s more, some of the effects still linger. I have tried, in the past year, to constantly evaluate and re-evaluate my work habits. Instead of fighting against my own strange idiosyncrasies with traditional studying or work techniques, I decided to allow them to exist, work around them, and hopefully take advantage of them. Most importantly, this involves realizing what they are.

I noticed that the following occurs when I am very stressed/tired/etc., since it is the behavior I exhibited during the end of finals when I was already burnt out, but still needed to cram. Some of it is rather odd, but there you have it. Since this is the case at an extreme, I hope that if I take action in accordance with these behaviors even when I am not as worn out, my productivity levels will increase.

1. by myself in my own room anytime before 10pm. 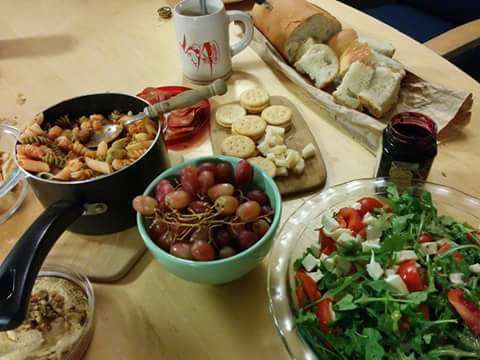 (^my roommate and I killed the cooking game over IAP)

A Note on Food: college students (and most definitely MIT students) usually have a less regular schedule, and often longer days. We don’t wake up at 8 and sleep at 8 every day–if you do, you’re very on top of things, but it’s my belief that you don’t have to do that to be on top of things, especially if, like me, you know that’s never gonna happen. People say this irregular schedule contributes to the Freshman 15, but I don’t think it has to.

Rather, pay close attention to when you get hungry. Throw away social norms, and just plan to eat whenever and how often you get hungry–frequently, but in smaller amounts of healthier food. If you always get hungry at midnight, consider splitting your dinner into two parts, or just eat later, or plan for healthy night snacks. If you are always hungry every four hours, bring granola bars or whatever to class. Drink lots of water, especially late at night and whenever you’re tired.

Next year, I’m going completely off the meal plan and cooking for myself, so I’m trying to get a really good idea of exactly what my needs are, for my own health….and the health of my bank account. I hope to get on a path toward more self-sustainability. Here goes nothing!