Things That Happened! by Selam G. '18

Since I've been gone~

But while I’ve been gone, many things happened!! 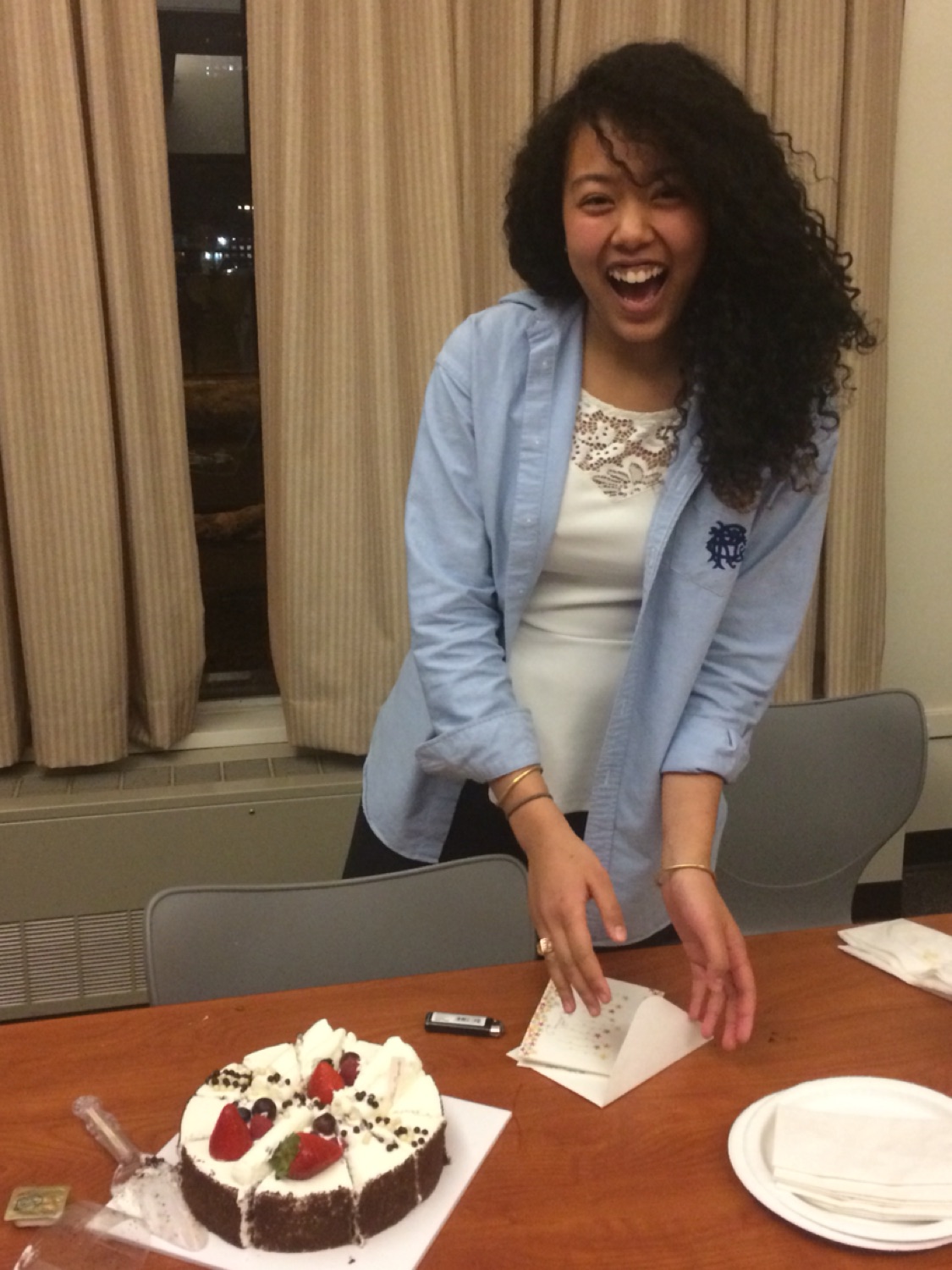 The experience of college has so far been incredibly fast-paced and whirlwind-feeling, but also sometimes very slow and dragging all at the same time. The best way I can describe it is like speed-walking when you’re late. It’s about as fast as you can go without running, and you don’t want to run in the hall because who does that, but then also you feel like you’re going terribly slow because you’re late…

Junior year is somewhat similar to junior year of high school, in that I feel I’ve somewhat established myself somewhat now. In my UROP, which I’ve had for 5 semesters now, I’m being given a lot more path-critical items to do, and as I complete them, receiving a lot more ownership and credit on our project, which is really cool. It’s exciting (though perhaps a bit more stressful) to really be working on path-critical items for our project, and to know that I have enough experience and skills to really be of use. On campus, I’ve been quite happy participating in the MIT undergraduate community–I recently ended my term as president of the Ethiopian-Eritrean Students’ Association, and we had our first transition of power to a new president and executive board since we sort of re-started last year. I’ll still be involved of course (especially in the transition) but it was important to the health of the club that we had a change in leadership. The idea is that this change becomes regular, and the club far outlasts the people who (re)started it!

Right, I also owe you an explanation for all of the photos.

The robot is a Kuka robot arm (which is part of the construction robot I work on for my UROP–more on that later!) attached to a wireless light bulb that can be controlled through LAN. I updated our control scheme for the robot arm–basically, re-doing most of the math for how we calculate the robot’s motions to make them more accurate, precise, and smooth. I also (as an add-on project) created a SIMULINK (software for digital controls!) library to control the light bulb through the platform we use to control the robot. This allows us to integrate the control of the ‘tool’ (this time something simple, like a light bulb which changes color, but later maybe something more complicated) and the control of the overall robot. That’s what I did over IAP!

The podcast is from something a long time ago I didn’t tell y’all about. Back in the fall, I was invited by Story Collider to do a show at the Oberon Theater near Harvard Square. Story Collider is a podcast showcasing stories in science, and I basically told a story/gave a talk about the water project I was working on in Ethiopia that summer, and the then unstable political situation (it’s now stabilized again, and we’ve made great progress!). Just recently (during January) I found out that the recording of my story was chosen for the Story Collider online podcast, and so now I’m in a podcast!!

Probably the best responded-to-email-on-whim decision I made all IAP was to go with my friend Sarah A. ‘18 (who lives down the hall from me in New House 4) to an aerial acrobatics “taster class”. It’s a 90-minute intro class to the basics (the basic basics) of aerial acrobatics, which means, silks, trapeze, hoops, stuff in the air….

Little did I know (but soon found out the next day) it also meant being sore for days. But I loved it!! We just went to another one last week, and I kind of want to start attending classes in the summer or during senior year :D I normally hate exercising, or find it difficult or boring. The aerial classes, though, were tons of fun, and on top of that, probably the best workout I’ve had since climbing 14’ers in Colorado, judging from soreness alone (my upper body strength is terrible… :P)

And lastly, I just had my birthday! Did you know MIT sends you a card in the mail? 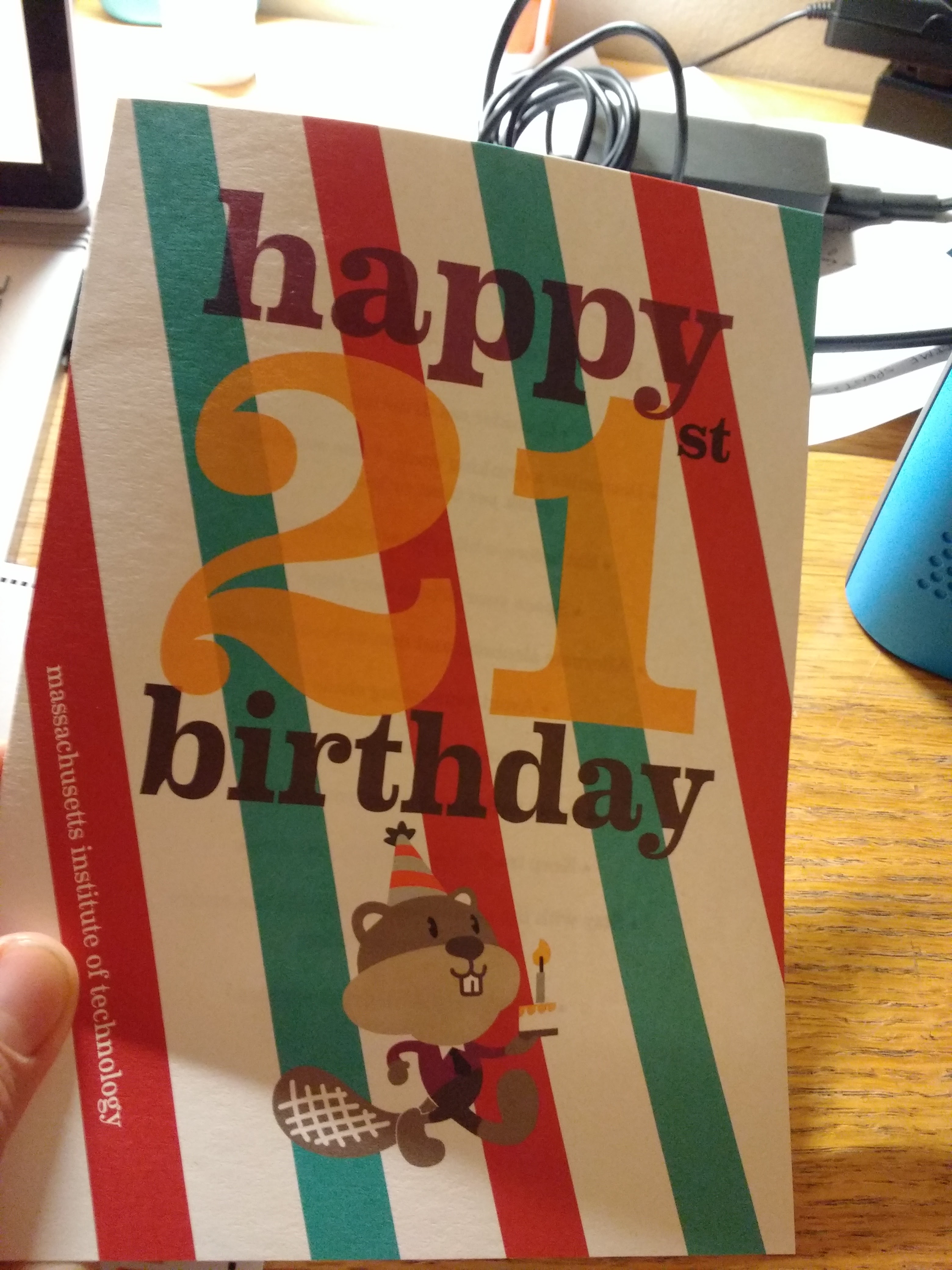 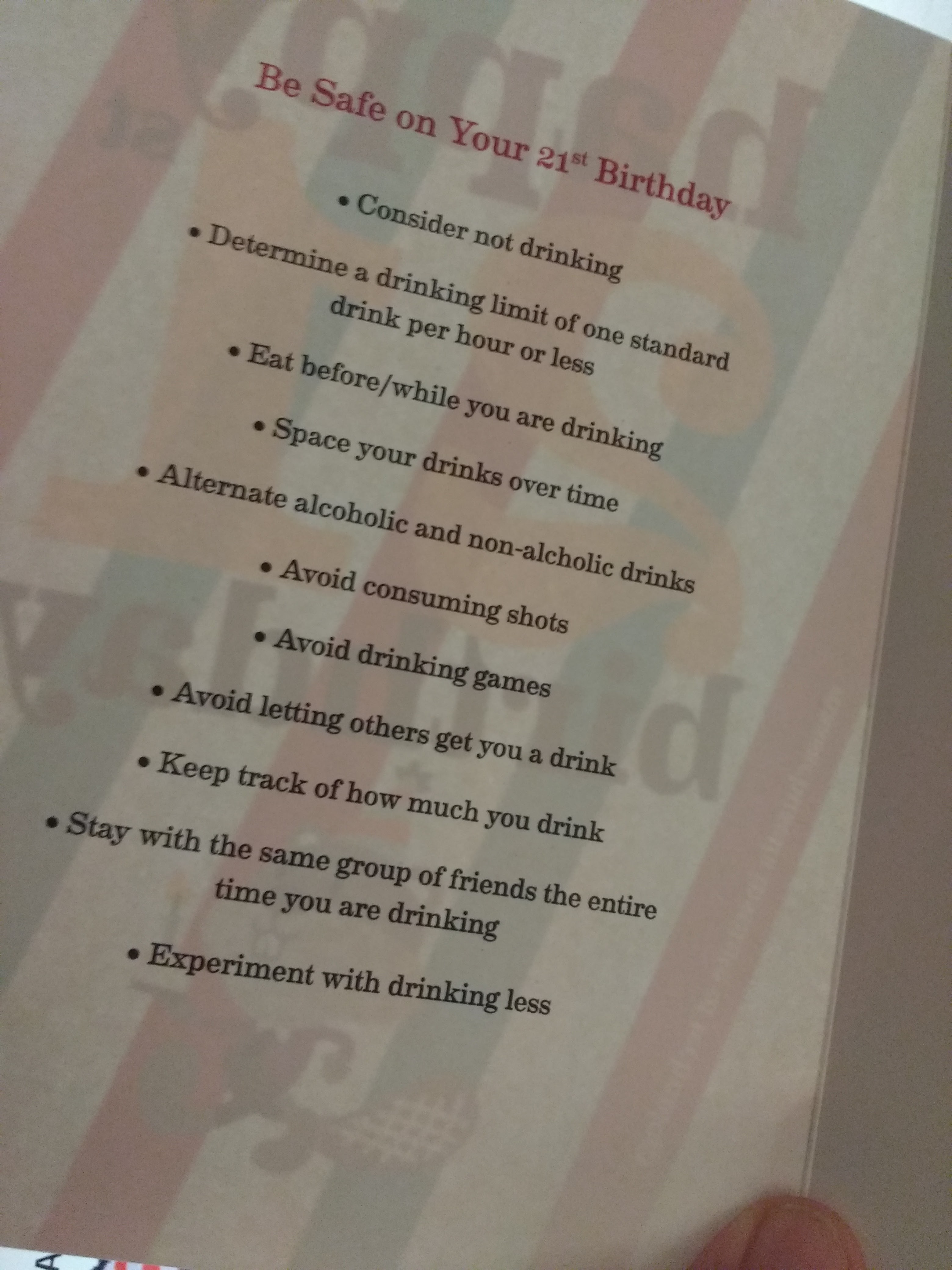 I was actually sick all day on my birthday ^^; I’ve gotten sick a lot this year and I don’t know why (sigh). But, I did get to hang out with my friends in House 1/Chocolate City, and they all serenaded me with the Stevie Wonder “happy birthday to ya…!” x) so that was quite nice.

Lastly, I found out that I’ll be here in Massachusetts for the summer as a concept engineering intern at Bose, a company started by an MIT alumn! I’m really excited to take on my first true mechanical engineering internship–what I’ve done in the past so far has been research rather than industry.

I’m so excited to be back at blagging! More is coming, specifically (now that I can finally talk about it!!) a couple detailed posts about UROPing in the Media Lab, and all the fun stuff I’ll be up to the rest of this year!

Hope you’re all having fantastic days~