Things to Do in Cambridge and Somerville by Yuliya K. '18

Welcome to my seventh and final(!) tourist-y post. Previously, I have blogged about events for book lovers, summer in Boston, places in downtown Boston, and three Boston adventures. This time, I’m moving away from the big city lights and into the “suburbs” of Cambridge (which is where MIT is located) and Somerville (which is a subway stop past Harvard). The two towns are great if you want to relax, and Somerville especially can feel like magical world without stress.

The events and locations are arranged by subway stop, from nearest to farthest (with respect to MIT’s main campus).

This April, I attended my third BAHFest (Festival of Bad Ad Hoc Hypotheses), “a celebration of well-argued and thoroughly researched but completely incorrect scientific theories” (I’ve blogged more about BAHFest here). This year, two out of six selected BAHFest speakers were MIT undergraduates! I was thrilled to support my friends. As a bonus, the keynote speaker was Ryan North, writer of Squirrel Girl and Adventure Time comics, and he signed a copy of his book for me! Other notable signatures from this year’s post-BAHFest author meet and greet are below. 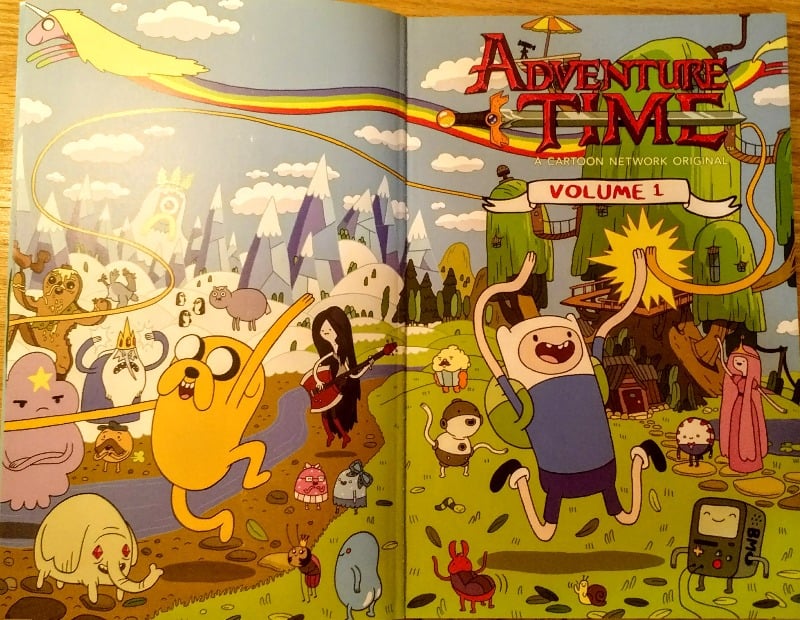 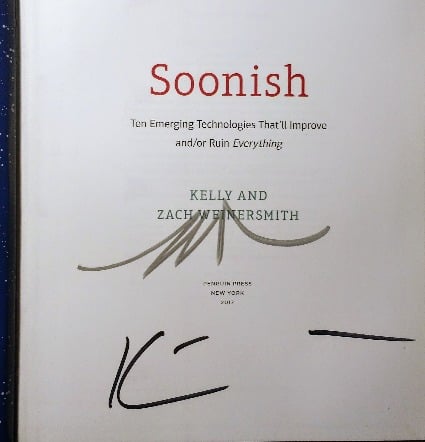 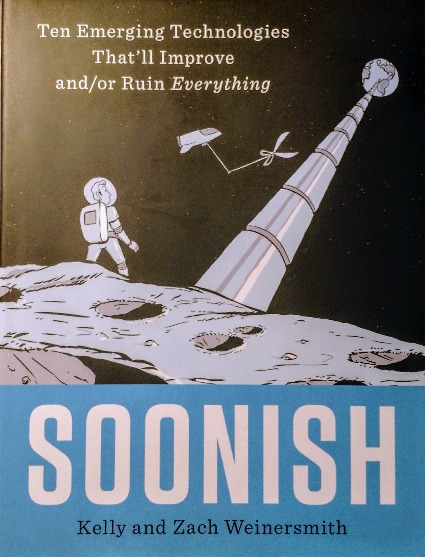 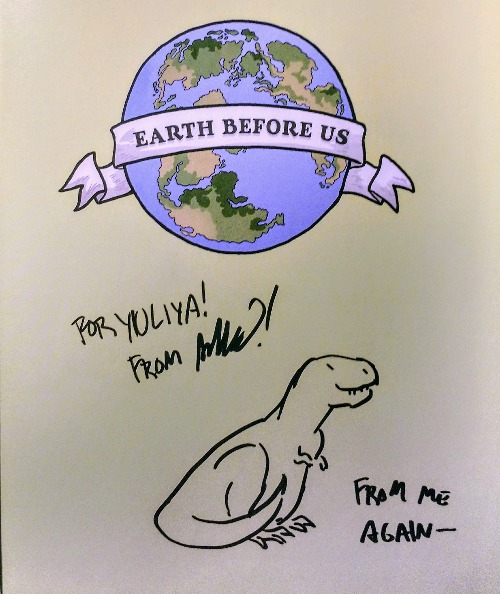 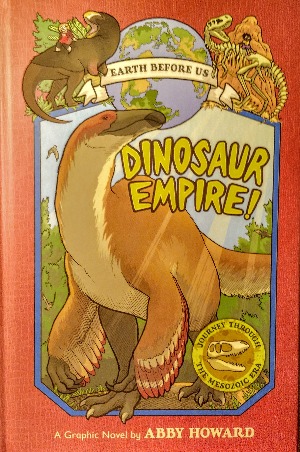 The Festival, held along a beautiful canal flowing into the Charles River, is an “exuberant celebration of the arts.” It happens yearly at the beginning of June and features numerous craft and food vendors, multiple stages with dance, music, magic, and theatre performances, and art installations. Unlike many other local events, the River Arts Festival also includes a stage for children. Might not seem like a big deal, but seeing children is so rare on a college campus that it’s refreshing to see them dancing to kids’ tunes. I like to come for the crafts and get stuck at a random music performance. 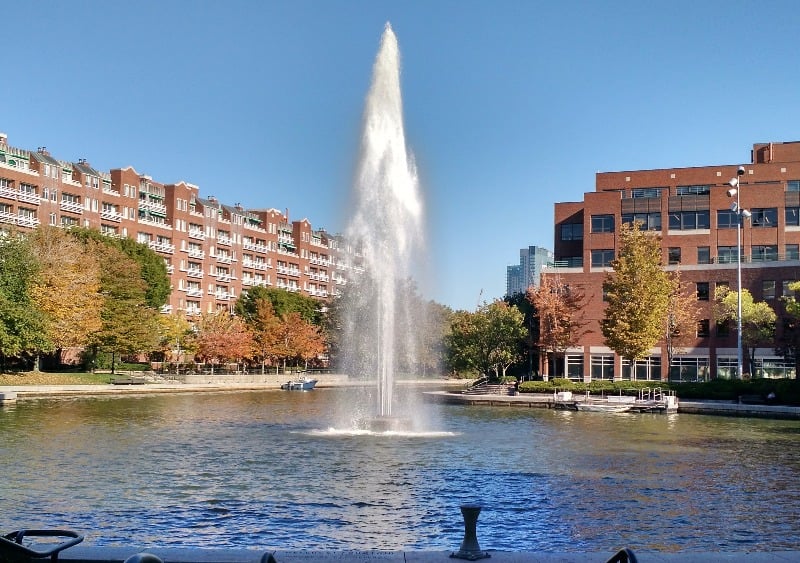 The Middle East Restaurant and Nightclub features multiple music performances on most nights, and is a hugely popular location for frequent concert goers and music lovers. You can probably find a band of any genre, and a couple of times, an MIT student worked as a DJ, so we got a chance to support a classmate! Also great: Middle East is only a 10-15 min walk away from the dorms. 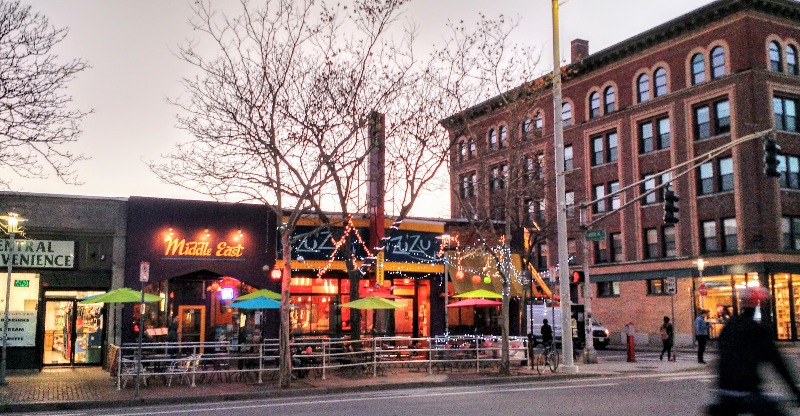 As the name suggests, the MayFair happens at the beginning of May as a way to herald the warm days of spring. It’s probably my favorite annual event in the area because the joy on the streets is so palpable. There is also free food and stuff from sponsors (last year, I got a free plant, and this year, I got a lantern and energy drinks). Besides that, the event is a pretty standard fair, with multiple music and dance stages, art and food vendors, and some family-friendly activities. Plus a charity chalk drawing exhibit, which produces some true masterpieces, as seen below. My favorite part is seeing returning artists from year to year. 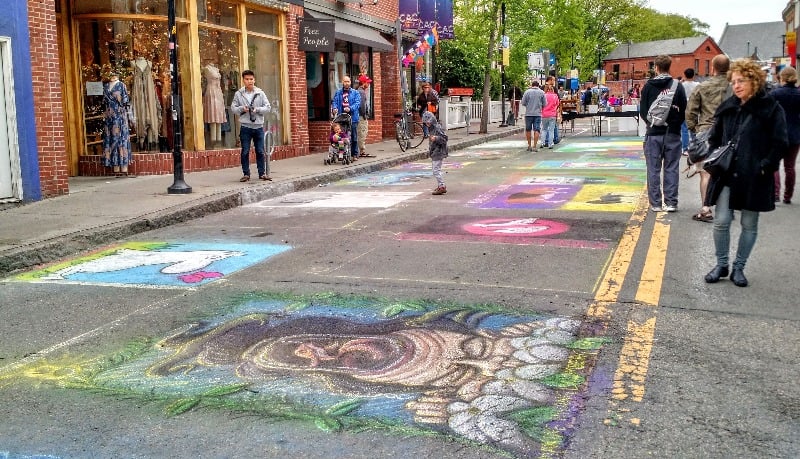 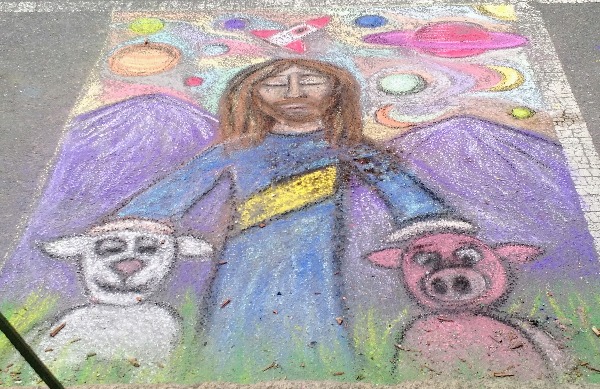 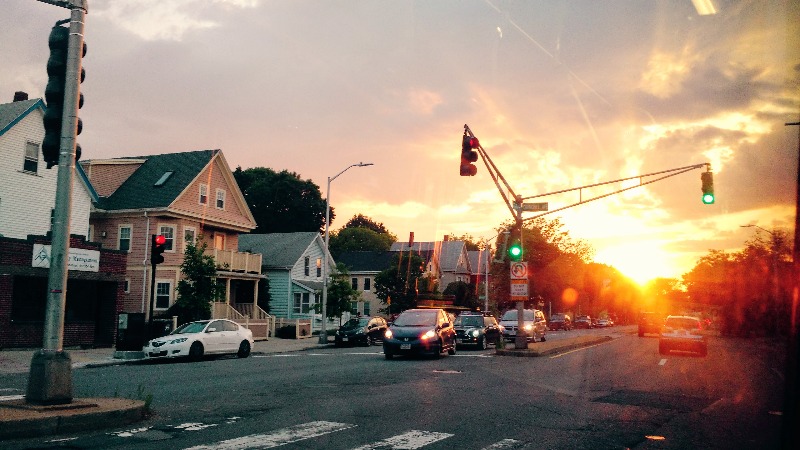 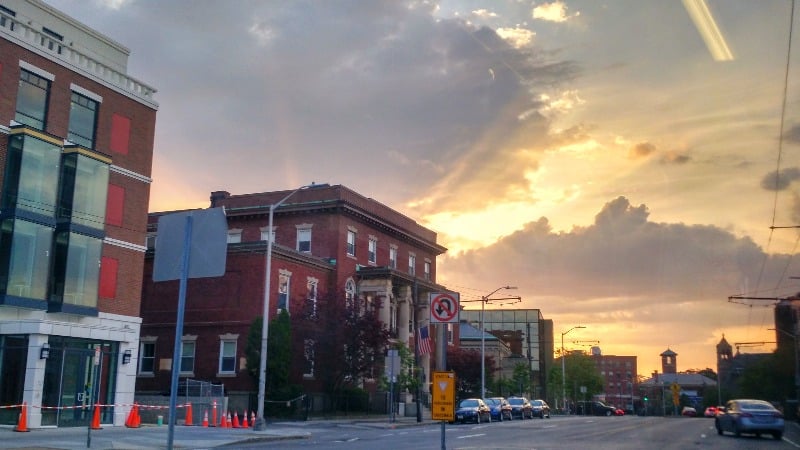 As I’ve blogged before, the Sale is a great opportunity to leave the busy world of MIT behind for the quiet, stress-free, and family-friendly Porter Square. I recommend going just for that experience. And if you get some great books and journals along the way too, well, that’s even better. I’ve certainly gotten some amazing deals. The Warehouse opens its doors twice a year, on the last weekend of June and first weekend of December.

MoBA is the world’s only collection of “art too bad to be ignored,” featuring a hilarious and constantly changing assortment of truly terrible paintings and sculptures. It is located in the basement of the small independently-run Somerville (Movie) Theatre. You’d be supporting a local business by going to see a movie and stopping by the museum, and the tickets are actually cheaper than at the chain movie theatres! On more than one occasion, I was the only person in the theatre during a screening, including at Captain America 2—a pretty good deal. 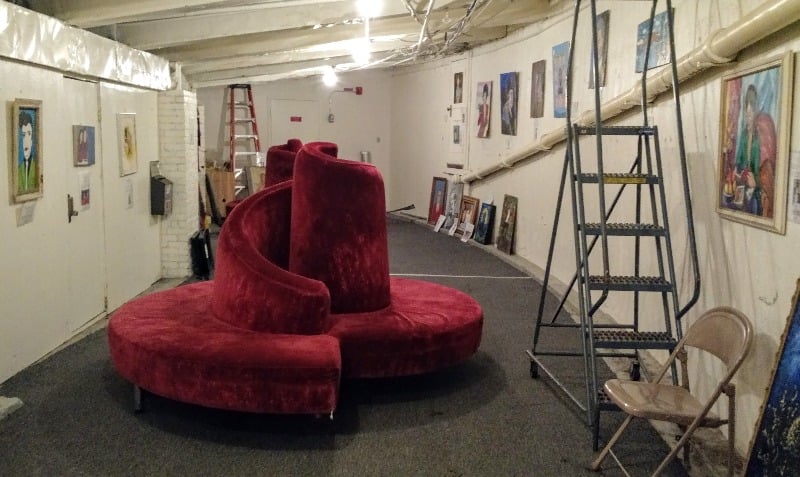 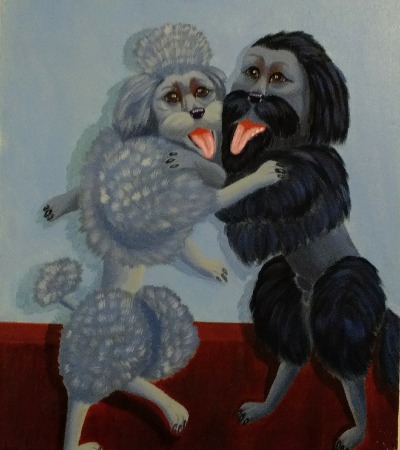 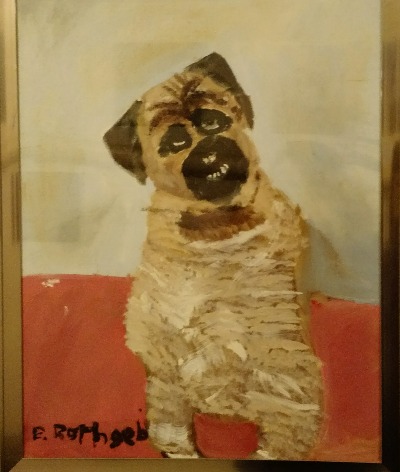 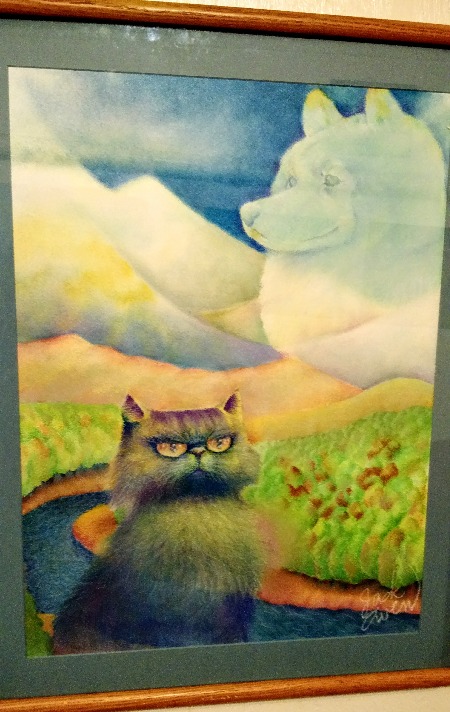 For me, ArtBeat is a fancier version of the Harvard MayFair, with more expensive vendors and a classier crowd. It is one of the area’s largest arts festivals, filling up a street in Davis Square for a whole day in July. If you’re into modern music, art, or dance, and want to see a range of performances and displays, you’ll find that here, with “over a dozen bands, dance troupes, 75 craft vendors, food, and all-age activities.” ArtBeat can feel slightly awkward for a poor college student, and I have certainly been ignored by multiple vendors, but I still love to go every year, as a way to practice being outside the MIT bubble. Below is one of the ArtBeat stages, plus a unique typed poem visitors could pluck from the trees in the square. 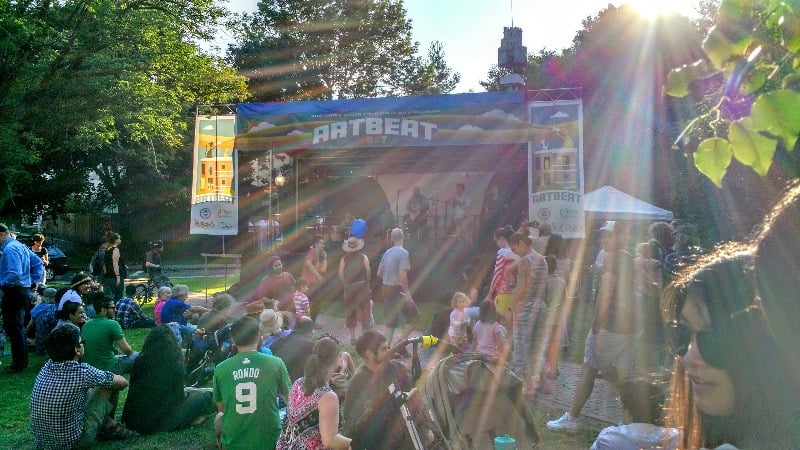 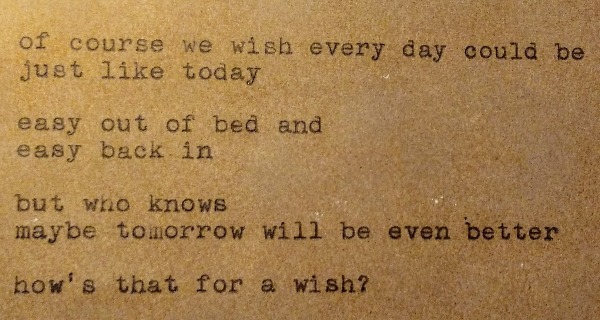