there’s this psychological concept, gestalt, the name of which comes from the german word for “shape” or “form”. the famous example is kanizsa’s triangle. this single figure, in isolation, looks like pacman facing downward. 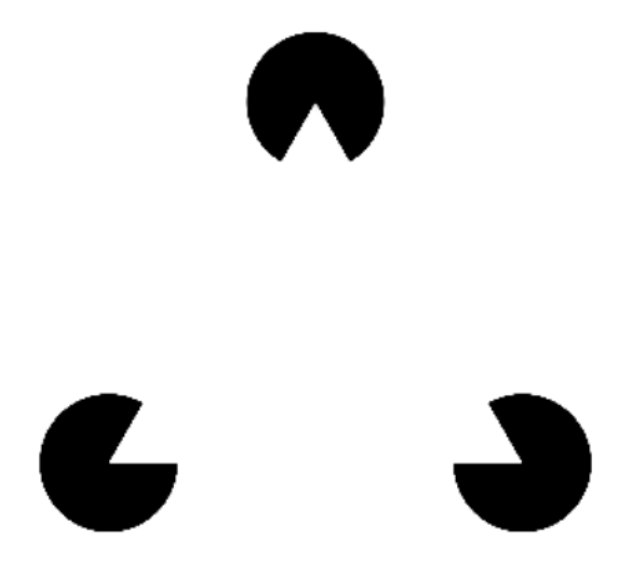 of course, there is no such triangle drawn. the background is of the same color all throughout, the same uniform white color. the only things in the figure are three pacman shapes facing each other. and yet, we still perceive a triangle. this is a gestalt effect.

we can then imagine the opposite effect, an ungestalt effect. where, instead of some larger, invisible form emerging when it doesn’t exist, a shape that clearly exists isn’t perceived, and broken down to its component parts. in a general sense, maybe this is what a puzzle could be like: at first, it might seem like a random set of clues, but something connects them together. i don’t think there’s a good visual example of something like this. maybe the closest is this image: 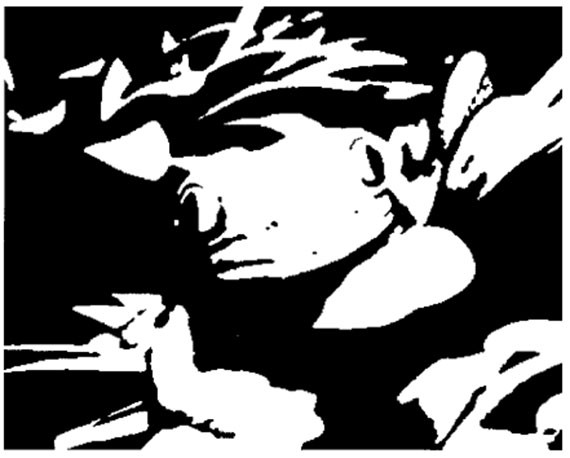 on the other hand, to me, it appears like a very clear shape. and i know this shape “isn’t really there”. but it is difficult to return to the previous sensation, of seeing the image as its component parts, rather than as its gestalt. if you’re ready to see the gestalt, please look at this.

in this sense gestalt and “ungestalt” are two sides of the coin, depending on whether you think the form “actually exists”. is the triangle part of the figure of the three pacmans? it feels like it isn’t. to see the triangle would be a gestalt, then.

all of this is to say that, a few days ago, i turned twenty-one years old.

i’m supposed to be twenty-one years old now, but it doesn’t feel like that. like, there wasn’t this mental flip that made me feel like, yes, as of right now i am twenty-one years old. it was not like last year, when i knew it was coming, i had time to process it, it felt like i was turning twenty. but the past week just flew by, and all of a sudden, i’m now twenty-one.

part of it, i think, is all the things i’ve been doing in the past week. it’s truly felt breathless. i’ve stayed up until five am for most of the past week, working on construction, preparing for hall rush in east campus, worrying about the activities midway, handling chores, thinking about the semester, and so on.

and all of these things just feel so… disjoint. one night i’m telling people stories about what things were like back in the day, the next night i’m in a hallway handing people markers and getting them to solve crosswords, the next night i’m worrying about rooming and i’m eating dinner with people from hall and i’m playing board games with friends and i’m in the z center reciting my spiel for insert-club-here and i’m running the aquarium puzzlehunt.

lie in bed all day. snack too much. play video games.

when i try to think about everything, like i’m trying literally right now by writing this post, i get nothing. nothing! there’s no deep realization or stunning insight that i’ve come to a conclusion on.

instead, all i have these pieces. lots and lots and lots of pieces. i know there’s a pattern. there should be one, right? i feel like if i took one of my friends, put them in my life for a day, and get them to think about it, they’d figure it out. they’d get my shit together. they’d take all the shards of my life and then tell me the magic secret that’d connect everything and make the pattern appear. because, dear gods, the thought that all of this is just random, senseless wandering? i can’t take that. i can’t take that.