Of all the feelings I’ve written about, there’s one feeling that I can’t quite capture in words.

I grew up in Valenzuela City. Its longest and busiest road is MacArthur Highway. To get to school, I would take a jeepney up MacArthur to this footbridge, cross the street, then walk for two minutes. On a good day, the trip took around twenty minutes to travel a little less than three kilometers. 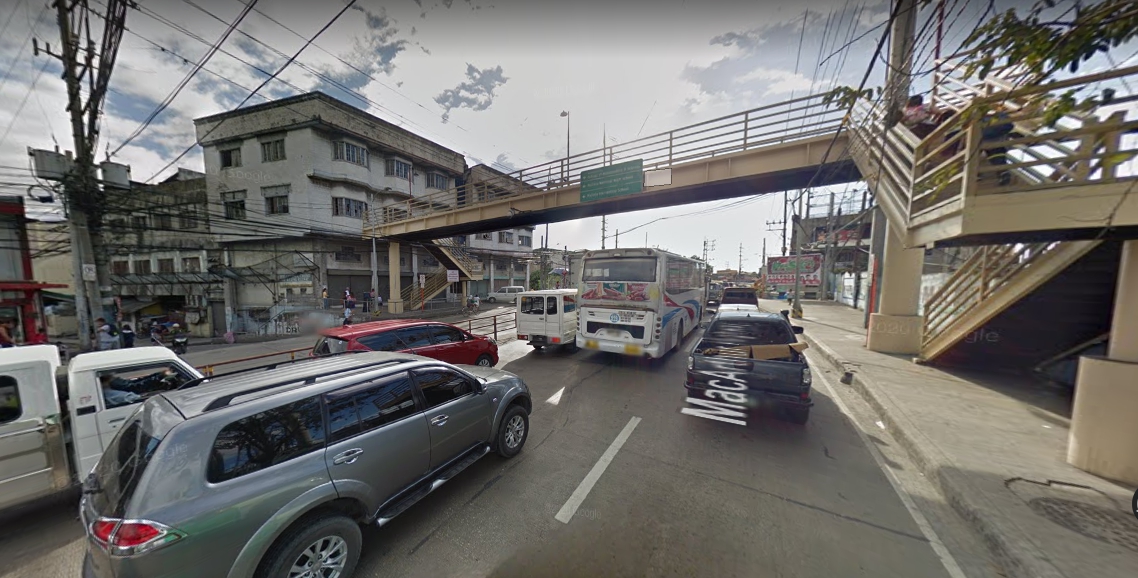 I have traveled this segment of MacArthur a little more than two thousand times over the course of high school, so when I think of Valenzuela, I imagine MacArthur. A road that is, for the most part, two lanes wide in both directions, devoid of trees, lined on both sides with electrical cables, supported by poles no taller than two buses, sidewalks no wider than three people, gray concrete buildings no taller than four floors. For sixteen years, this was what I knew as a city, in contrast to the wide open fields and sparse buildings I saw in Ilocos Norte.

The day after my sixteenth birthday I ditched school to go to a museum. It was in BGC, which was maybe twelve or so kilometers south of Valenzuela. Which doesn’t sound far, but consider that the trip took two hours. It was the farthest I had ever traveled on my own.

And listen to this—I looked at the skyline and made out dozens of skyscrapers. I stood face to face with glass towers hundreds of meters tall. I saw three buildings next to each other, all of which had at least twenty storeys. I saw a parking lot with two hundred cars. I walked into a bookstore with a four-floor-tall shelf, filled with books whose colored spines formed a portrait.

It dripped of ambition and opportunity and opulence and excess. Every single second walking was a new experience. I didn’t know where I was going, but it didn’t feel like it. I remember nothing about the museum, but I remember that feeling, that glorious feeling, of experiencing something new, of feeling engulfed by the atmosphere of a place.

The second time I went to BGC, I felt none of that.

I was lucky enough to qualify for ISEF a few months later, which that year was in LA. I remember walking around the streets of downtown LA at night, counting three different Starbucks Coffees within a block of each other. I remember pausing to stare at huge backlit billboards and grids of yellow rectangles cut into the sky. I remember the city transforming from noisy bustle to silence, empty sidewalks, six-lane roads devoid of cars.

I felt small, but at the same time, I felt like I was wider. I felt larger than the boundaries of my body. I felt myself disappear in the wonder that was the city at night; and at that moment, my existence felt centered on the sights of the city.

And it’s that feeling—

that feeling I got the first time I visited MIT two years ago, when it was big and unfamiliar, walking down the math building and seeing all these surnames I recognized—

that feeling I got when I first walked around East Campus, and every inch of every hallway was filled with a story, and I found myself taking two hours to go through all the floors—

that feeling I got the first time I traveled MIT’s tunnels, not knowing where I was going, or where anything would lead to, and seeing two hundred feet covered in murals—

of seeing all the leaves of all the trees turn brown; of seeing snow and slipping on a patch of ice; of crossing the Harvard Bridge and staring into the distance and feeling like I was hovering above the water; of dancing in a music room with my friends, like no one was watching; of seeing all of Cambridge from the top of the Green Building; of lying down in Lobby 7 in the middle of the night and staring at the little dome from below; for the first time; for the first time—

You learn how to navigate MIT. It’s inevitable. After you stay here for a couple days, the bulletin boards begin to look familiar. You’ll start knowing where things are. There are only so many intersections in MIT for you to explore. You’ll eventually know where each path will go, even if you don’t actually take it, because you can guess. You’ll get a mental map of what MIT looks like. It won’t be perfectly right, but it’ll be right enough that you’ll never be truly surprised where a hallway leads you.

Maybe that’s why I haven’t figured out how to write about this feeling yet. It disappears when you look at it too closely. And there are only so many new things you can experience, right?

The other day, I took a walk. For the first time, I saw MIT filled with beautiful, beautiful flowers.