Take note, I typed this entire post with a broken shift key. Please appreciate the bounty of capitalization before your eyes.

On the first night of my mandatory vacation, I walked to the beach with the taste of fresh complaints in my mouth, trying to wrestle down the symptoms of workaholic withdrawal through the ancient zen technique of inefficient breathing. Inhale: one exam in quantum mechanics, three physics problem sets, sketches for a full-length blues arrangement for jazz ensemble due in a week. Exhale: raw spring air blistering against penuriously-hydrated throat, harbor lights smeared in black seawater, the breeze-perforated silence of Cape Cod two full months before the season of tourists and hideous polo shirts. I peered across the pier with my peers, homonymically. Overhead, a countable infinity of little stars twinkled, and I pondered their elusive nature, up above the world so high, appearing like diamonds in the sky. (In fact, I pondered this in C Major, diatonically.)

You might recall that I joined a cooperative living group in January. As it happens, cooperative living involves sacrifices, also sometimes known as cooperation, but also sometimes known as sacrifices. This includes donating your firstborn child to the pika alumni trust fund and spending one fine weekend in early Spring with your housemates in a pristine, remote locale untouched by the electric caresses of ubiquitous WiFi, untethered to the nuisances of problem sets and impending deadlines. It’s almost like the hit reality TV show Survivor, except instead of overcoming challenges, building community, having intense meetings, and eating bugs, pika spends the weekend overcoming challenges, building community, having intense meetings, and eating asparagus. Because pika is vegetarian-and-vegan-friendly like that.

In three hours of a Friday night undeserving of weekend status, I’d traveled from the hot pulsating heart of Massachusetts (Boston) to its limpid appendix (Provincetown, Cape Cod). Carpooling along the cement veins of deserted state highways in the company of half-comatose housemates, I perused the 60 mph’ed blur of trees and roads with ironic detachment and idly thumbed through an imaginary scrapbook of childhood road trips (with my mental thumbs, I mean). Some writers try to sell childhood as prime real estate for innocence and unadulterated curiosity; for me, all the literary value of ages 5-10 reduces to McDonald’s, the focal point of my early psychological development. Like all other children who weren’t raised in Berkeley, CA, I grew up in McDonald’s and thought that potatoes excreted salt and canola oil when you planted them the right way and ended up as dehydrated mashed potato flakes when you planted them the wrong way. Ten years later, abruptly, absurdly nostalgic for an oasis of ketchup-and-mustard-colored plastic in the middle of Nowhere, MA, I yelled some Freudian nonsense about actualizing my formative identity, reliving my lost early childhood, blah blah etc, until Eric the Designated Driver caved and swerved toward the drive-thru of a generic McDonald’s that does not warrant any further adjectives. Pulling up to the speaker, Eric ordered two baked-not-fried apple pies for a dollar, a cheeseburger, and a milkshake that contained about ¬Ω cup of green food coloring in homage to American’s favorite Irish saint. For the rest of the trip, the car smelled faintly of baked-not-fried pie dough, softly cinnamonish with a creamy overtone of doughnut. I fell asleep humming a requiem for trans fat.

With deft precision honed by years of waking up before my alarm goes off, I opened my eyes just in time to watch our jeep drive past the most beautiful house in the world, curve around in a circle, and drive past the most beautiful house in the world again. To my unutterable surprise*, Eric pulled into the driveway of the bewitching palace attired in austere brown tile and parked. My heart pulled into reverse. Upstairs, through the floor-to-ceiling French windows, there appeared a smudge of soft carpet, buttery lamplight, burnished wood panels, and the waxy glimmer of paper disposable cups from Costco. Most of pika had already settled in, nestling sleeping bags into bedrooms decorated in color schemes once thought to be merely theoretical outside of Home & Garden magazine, piling suitcases against the living room walls, and admirably managing to squeeze 27 college students into a rented house intended for around 12 residents. Stepping inside, I was tragically lovestruck with the kind of adoration that spawns bad photographs.

*This is one of those figures of speech that stops making sense as soon as you say it. Other favorites include unspeakable happiness and unmentionable secrets.

Like this one. It’s a staircase, but only the most beautiful staircase ever. 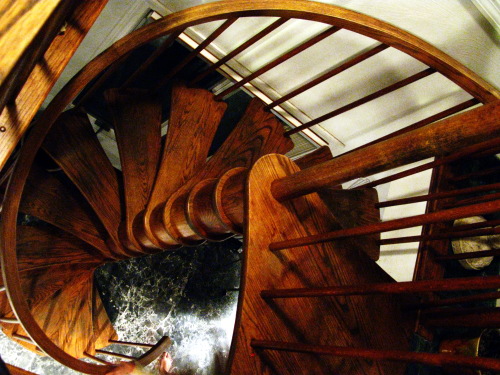 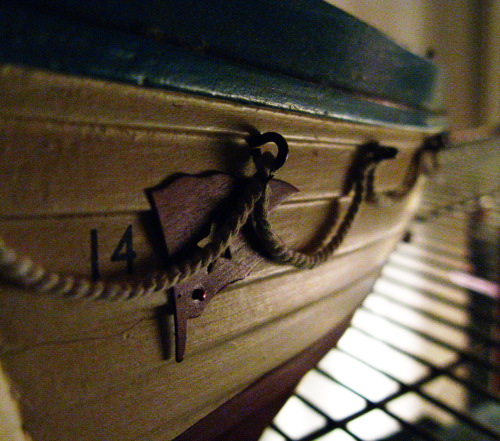 And this one too. It’s a stealth-otter-themed-tourist-guidebook, but only the most . . . never mind, I can’t even try to finish. 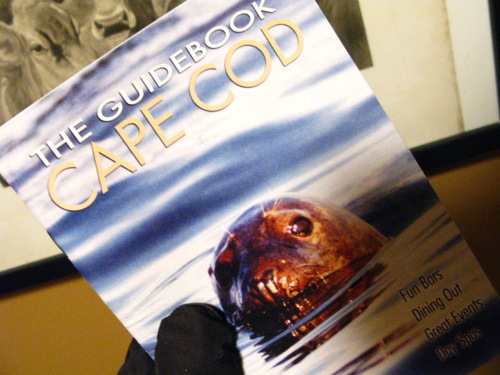 Liz and Ruth were lucky/early/contriving enough to claim their own bedroom. I slept on an ottoman, but it was only the most beautiful ottoman ever. 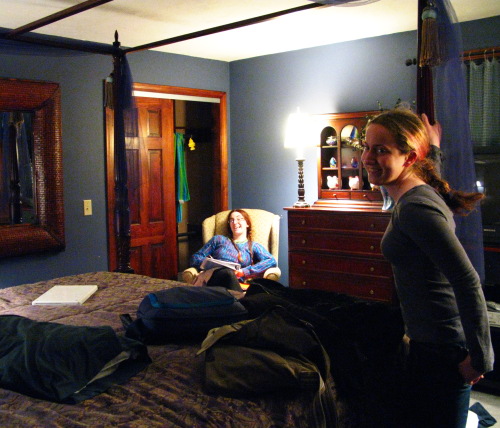 Some of the other bedrooms were a Crayola factory worker’s dream. 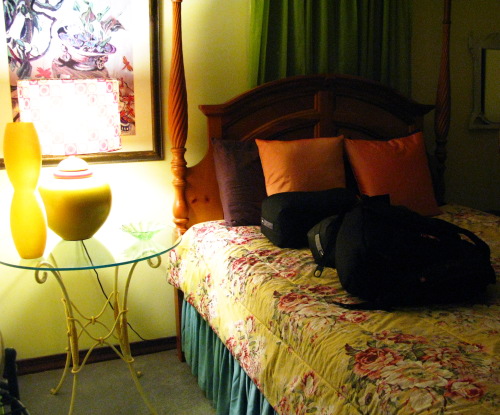 I can’t think of an appropriate caption for this picture, except that while he’s not basking in the company of bizarre statuettes, Alex does art in MIT’s Media Lab. 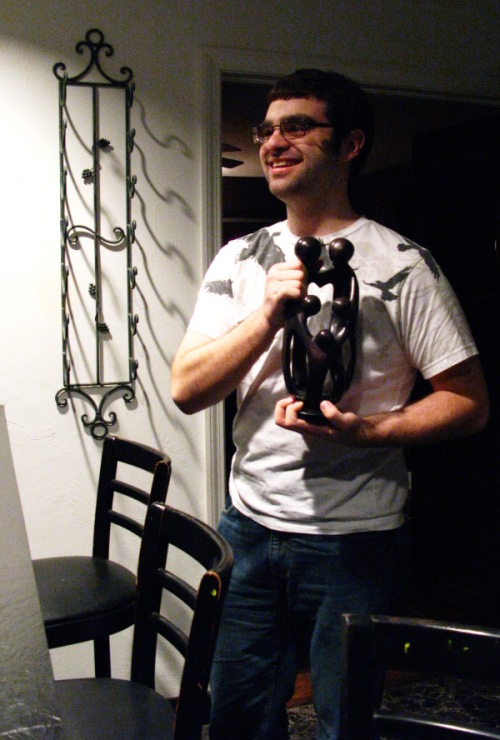 There was a coffee table in the basement, but I interpreted it as a boat, which is what my high school literature teacher would have wanted me to do if the coffee table were Walt Whitman. The point is, I was on a boat. 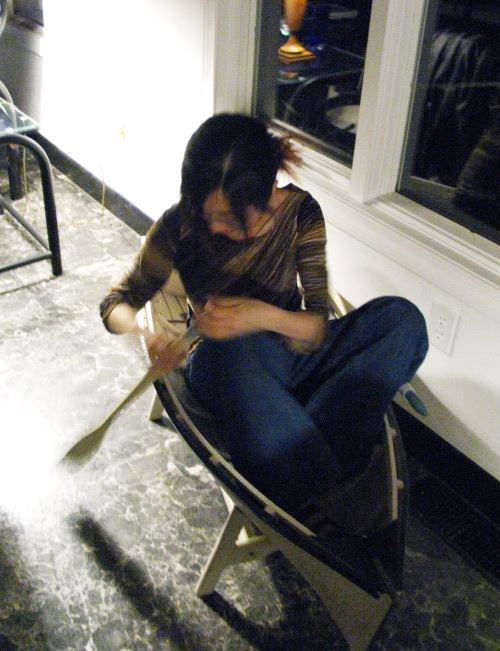 After docking the USS Coffee Table, I went upstairs and saw Galina ’11 enjoying nature’s bounty of whipped cream with fresh strawberry (it’s somewhere in the picture, I swear). And by nature, I of course mean Costco. 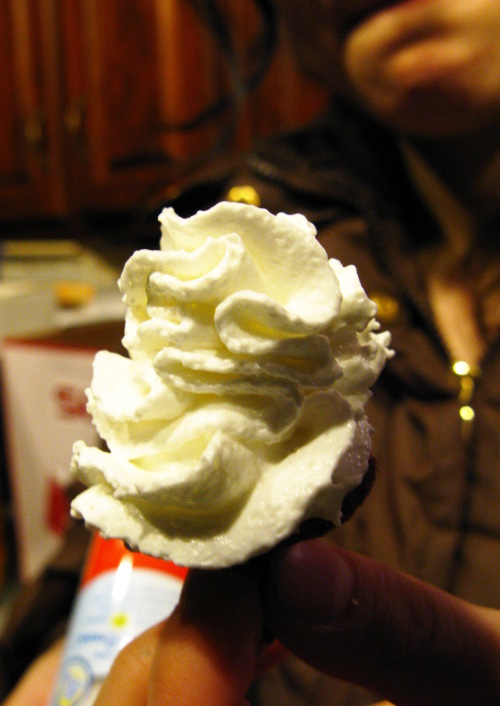 pika dines in style during retreat. We buy only the best that Nature (Costco) has to offer. 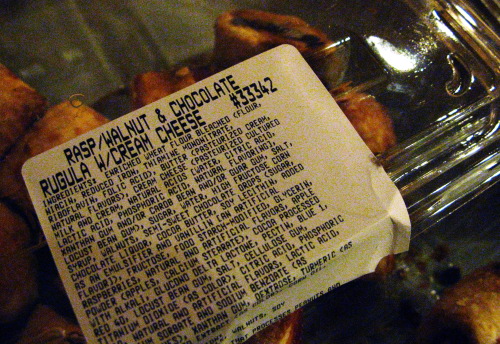 Around 11 pm, I left the house for a walk to the beach. Provincetown in the dark was a stunning approximation to the iconical New England horror novel ghost town, a la Stephen King. (Sentences like these are why I don’t write travel brochures.) 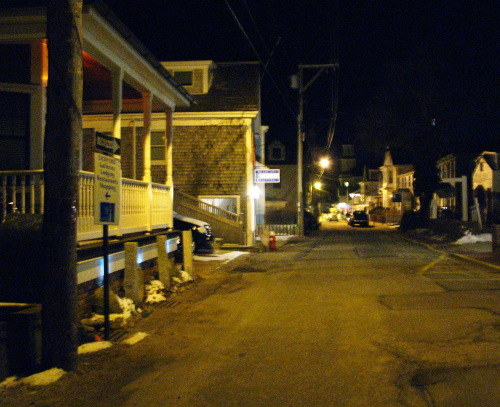 After a brief eternity of staring at sand, I started to feel better about not having to do work for two days. I relaxed and thought about cod for a while, especially cod wearing capes.

The next morning, I woke up on an armchair with a bucketful of fresh, raw sunlight pouring onto my armchair-pleatherized face. Baptized in the robust glow of late dawn, the forests outside the window looked like stalks of perfectly-cooked broccoli glazed with poached egg. I ran six miles through Provincetown with Liz and Lisa and saw exactly one other human (1), two cars (2), one canine (1), and one Stephen King character (1). 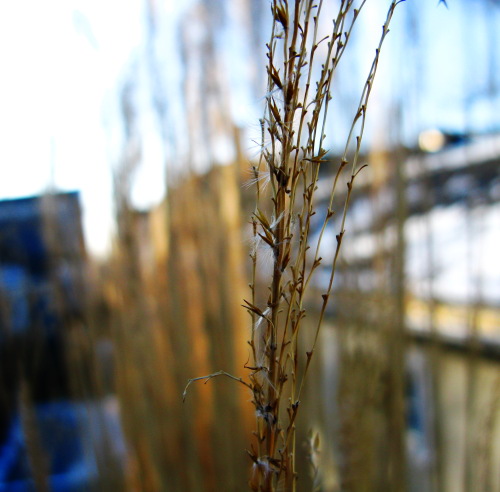 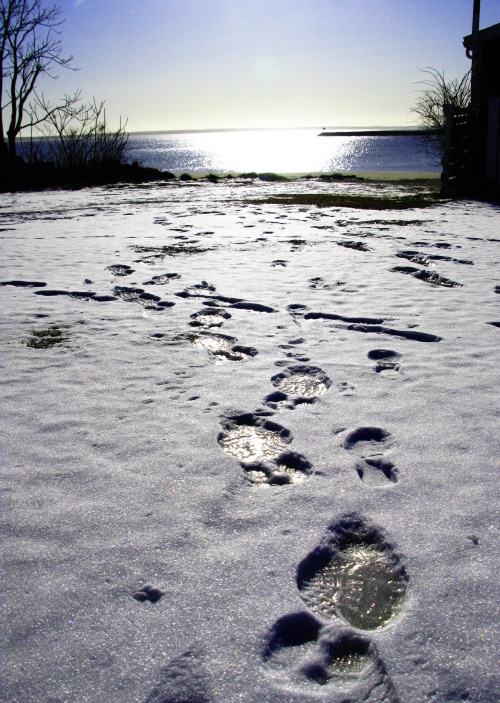 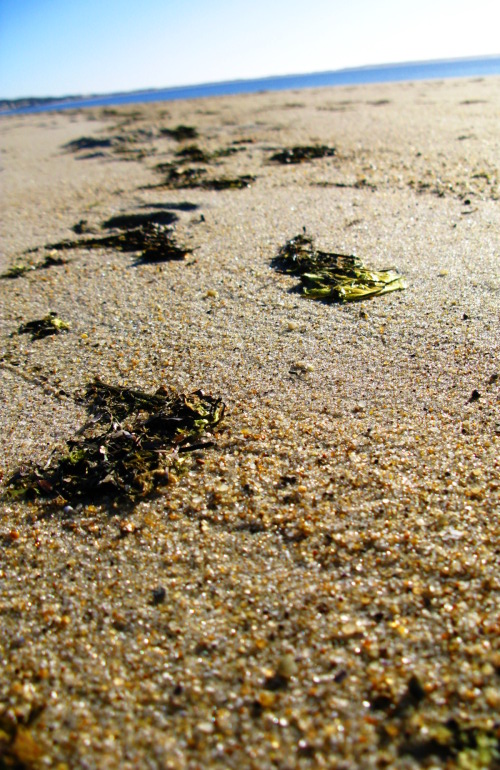 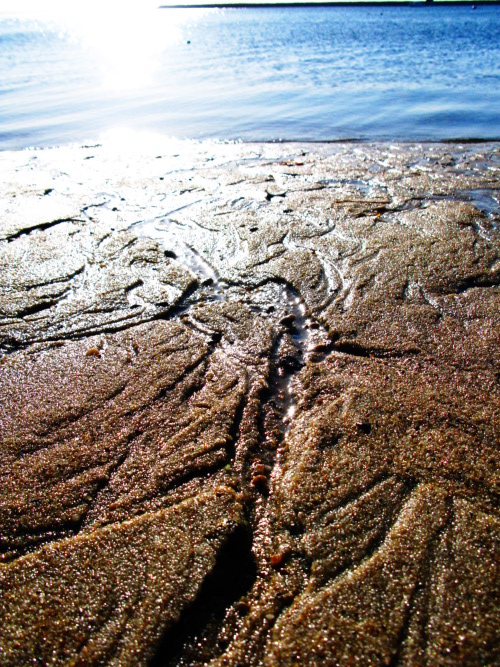 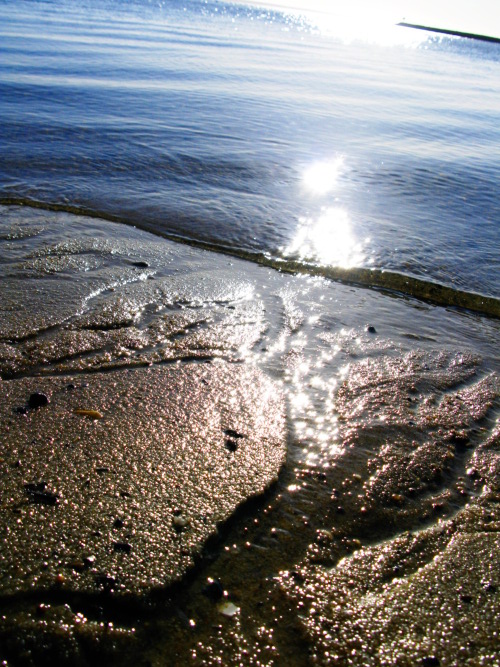 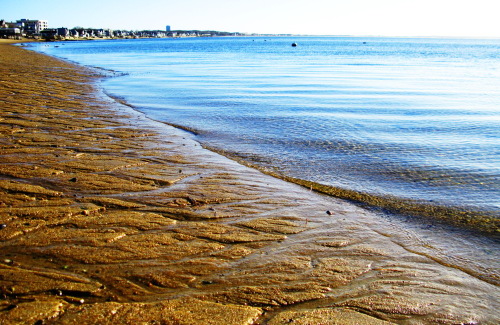 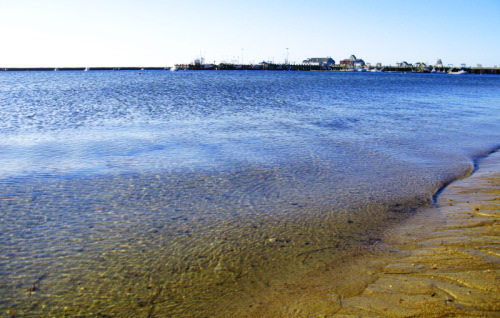 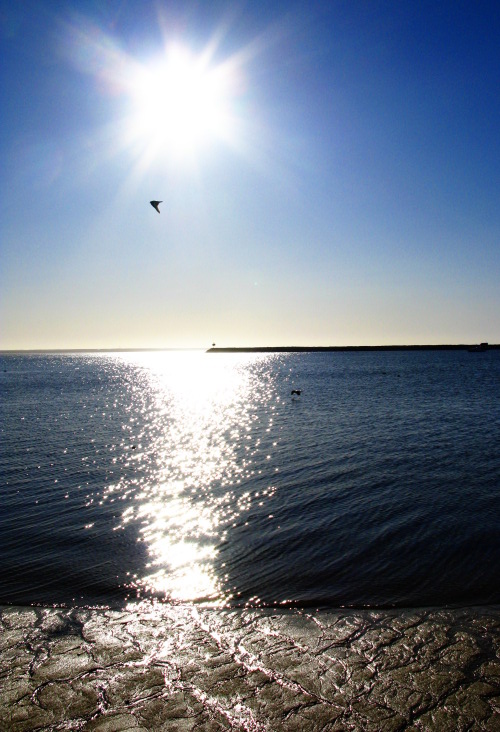 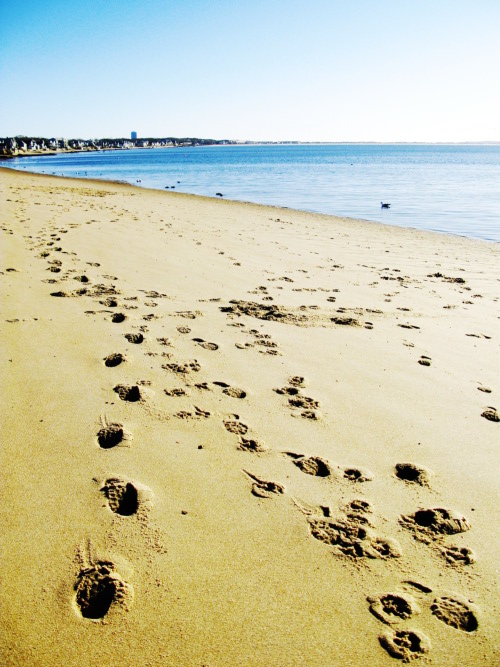 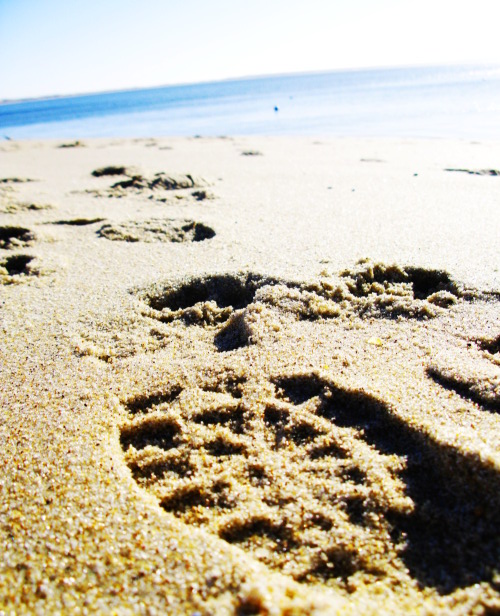 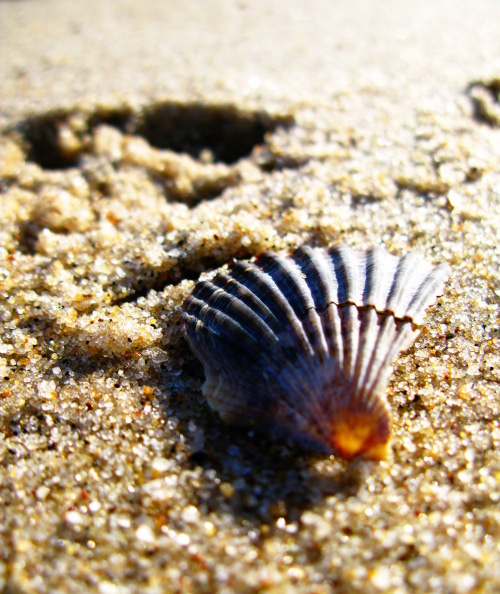 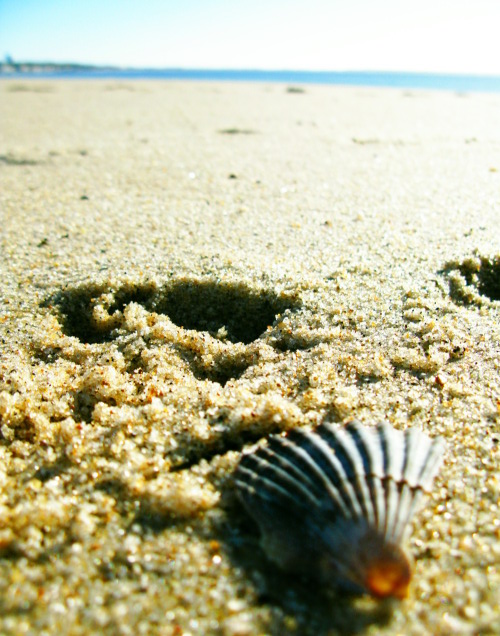 Breakfast was in full swing by the time I returned to the house, bleary of eye and short of camera memory. This was a morning of pretzels, coffee, oatmeal, and croissants that might have been pure butter spray-painted to look like a bread product. (Thanks, Costco!) 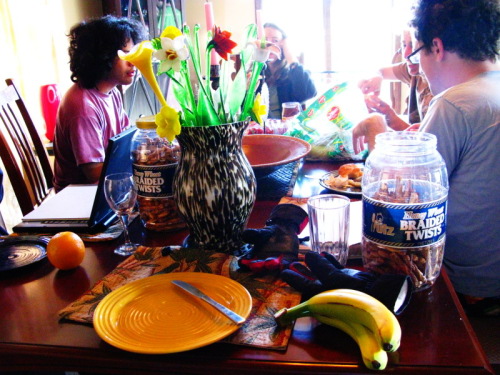 The rest of the morning and half of the afternoon was spent in meetings of a private and unbloggable nature. Later, I ran to the beach again, met a fisherman, saw a memorial to the Mayflower pilgrims, ran through a cemetery, did not encounter zombies, did not wield a chainsaw, and did not uncover shocking secrets about the founding of America after decrypting a coded message engraved onto the Mayflower memorial. I did, however, have asparagus for dinner. (Asparagus: The National Treasure of the Plant Kingdom.)

Others opted to stay inside and play chess with themselves. I intend no offense to your opponent, Aaron. 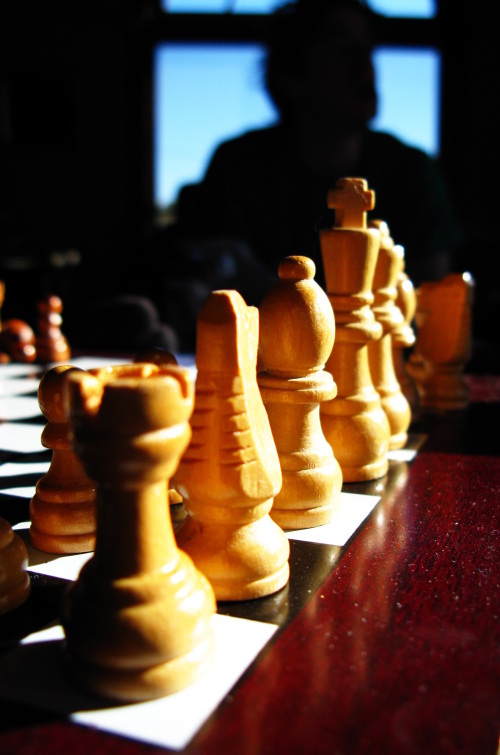 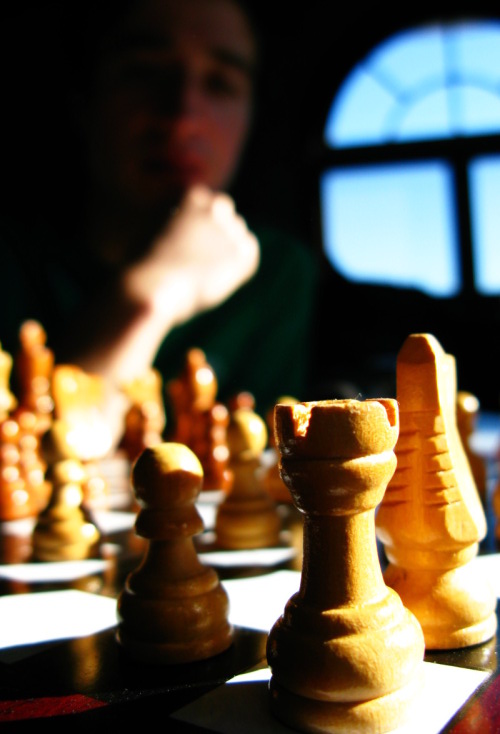 The remainder of the trip was a lazy blur of conversations drowned under a nightly chorus of stars that sang Mahler symphonies or maybe even Shostakovich if you listened closely, afternoons spent oscillating in simple harmonic hammocks, pretzels for breakfast, pretzels for dinner, lunches of prehistoric-sized tomatoes and impromptu hummus, and did I mention the pretzels? I ran through a national park, slept through more meetings, drove home by way of a McDonald’s where a group of high schoolers laughed at me and my intro to quantum textbook (analytic solution to 1D time-independent Schrodinger equation lolz), got stuck in traffic for an hour on the way back to MIT, and did work on campus until 11 PM on Sunday night. I survived the rest of the week with inches to spare, despite sleeping for one hour on Wednesday.

And did I mention that the house we rented had a full-sized hot tub? 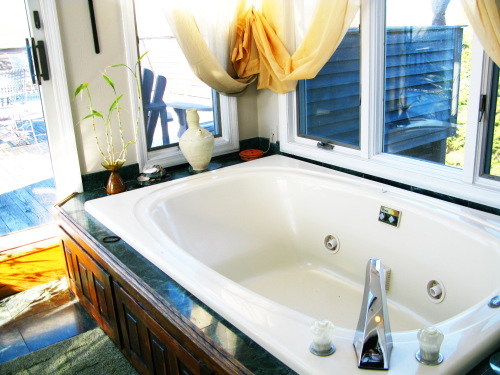