I promised you 5th East Hall Rush photos, so here they are.

3rd East decided, for some reason, to leave a bunch of boxes stacked in our bathroom. We were actually really happy about this, after the initial double take and head-scratching, because we were able to put them to good use. Also, Sarah ’08 had a lot of fun climbing them. 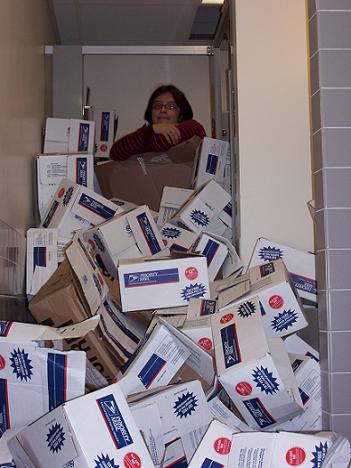 Getting up was one thing, but getting back down was another. Hilarity ensued. 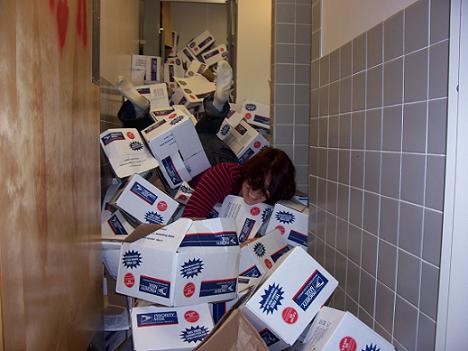 5th East has the distinction of having its own dark god, Krotus. He’s like a mascot, only cooler. :) He made an appearance on the side of the Green Building during Hall Rush. You have to look kind of closely to see him in this picture though. His image was clearer in real life. 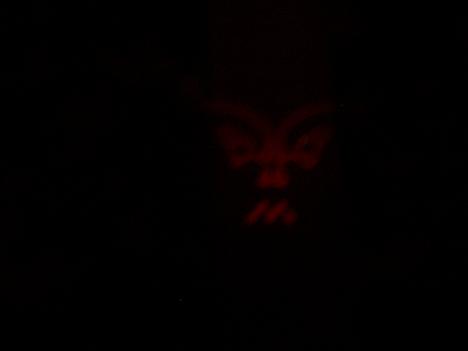 (In case you’re curious, that image is several stories tall.)

He also chose to reveal himself in the courtyard for a brief time. It was pretty. 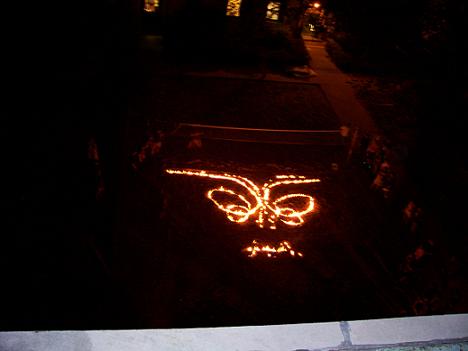 In fact, his image just turns up everywhere. 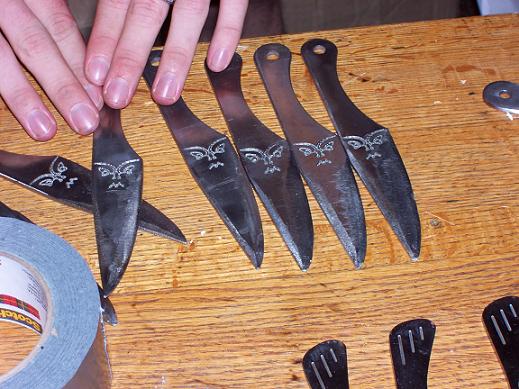 Kathleen ’10 ended up living on 5th East! I can tell that she likes us from this picture. 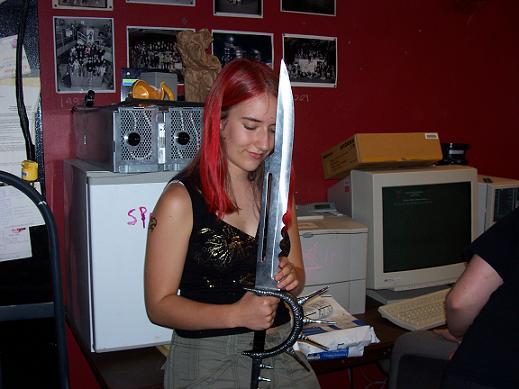 Luke ’07 talks to Kathleen ’10 and another frosh in the Goodale lounge. 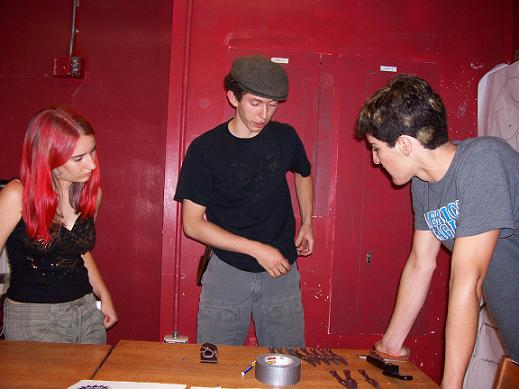 Our hall may look a little crazy, but one of our favorite pasttimes is the simple act of sitting around in Black Bemis, the middle section of the hall, and talking. Mitch ’03, Steve ’08, Matt ’08, Brian ’08, and a couple of people I can’t make out in the dim light demonstrate this activity for us. 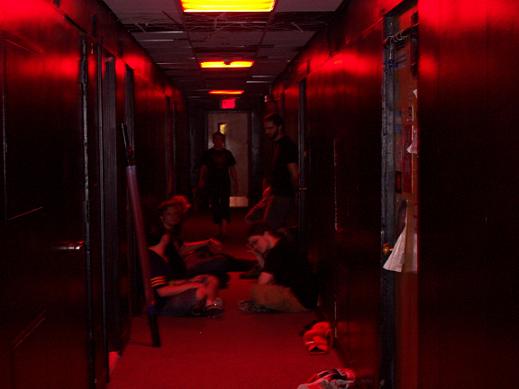 I hope you enjoyed these pictures, and I’ll have more Switzerland pictures and some real writing entries soon.