A Cacophony of Coats by Rachel F. '12

Also, my courseload for this term!

While waiting at a bus stop the other day, I witnessed one of the most awkward conversations I’d ever been…well, witness to.

There’s a little thing called small talk that people substitute for awkward silence in social situations with acquaintances. Two women waiting next to me at the bus stop were demonstrating this tactic, and had chosen the topic of winter coats — a logical move given that it was fairly chilly outside. They established that coats were, indeed, useful to possess in the cold, their thorough line of reasoning being that coats made one less cold, which was a desirable effect when one was undesirably cold. Coats, some of which were fashionable, and some of which were unfashionable, could be acquired in a variety of stores, some of them nearby, some not. Some of these stores; that is, stores which sold coats, even provided discounts, which in turn could be acquired through coupons provided by that store for the purpose of providing discounts.

The three of us waited interminably for the bus, wrapped beseechingly in our coats. As I silently wept tears of frustration, they crystallized on my cheeks and shattered one by one against the concrete, like my heart at the mention of coats. 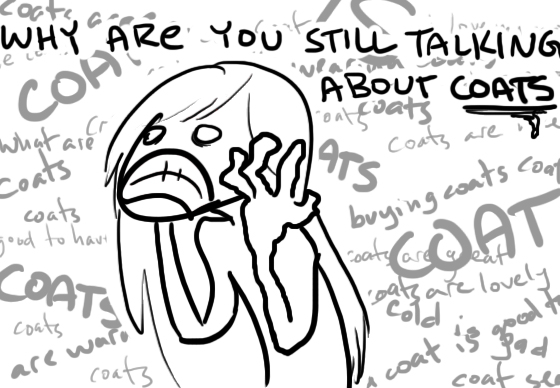 I’m just kidding about the first part. It wasn’t that cold.

In an attempt to alleviate my rejection of conversational redundancy (but mostly because it’s a graduation requirement), I’m taking 6.UAT, a preparation class for 6.UAP, the course 6 undergraduate thesis. Most people mix these names up; I remember them as “Undergraduate Amateur Talking” and “Undergraduate Actual Project”. The universally loved Tony Eng designed the course to reprogram malfunctioning social robots like me with better presentation and communication skills with which to convey our technical prowess. Ironically, he’s so good at teaching it that no one realizes he’s actually a researcher.

Might as well tell you about my other classes now.

6.813 (User Interface Design & Implementation) – So far we’ve mostly just looked at horrendously unusable user interfaces and enumerated reasons for their badness. Although, notably, one student intuited a possible explanation for the unusability of this MoMA interface, which I can’t resist snarkily paraphrasing and embellishing: But what if the artist deliberately intended to create an atmosphere of leisurely wanderlust and confusion, forcing the viewer to wander helplessly amongst the sea of sequestered memos as if pacing the lofty halls of an art gallery, in striking contrast with the cramped metaphor of a post-it-encrusted cubicle? Anything is possible, but the impotently eager attitude of the mouseover popups suggests otherwise.

21M.340 (Jazz Harmony and Arranging) – I didn’t really find out about non-classical music until high school, so this is all kind of new, but jazz is like a drug. And I want to learn how to make it. Last week we discussed the blues, which the venerable Mark Harvey described as “a riff, and then you keep repeating it until you run out of lyrics.”

6.815 (Digital & Computational Photography a.k.a. How To Make Photoshop) – The second lecture started off like this:
Prof. Durand: Put on these diffraction glasses.
Yuzhi ’12: DOUBLE RAINBOW!!!!!!!!!
Me: ALL THE WAY ACROSS THE SKY
Jeff ’12: IT’S STARTING TO LOOK LIKE A TRIPLE RAINBOW
Prof. Durand: By the way, human color perception reduces infinite-dimensional spectra to just three dimensions, enabling illuminant metamerism, which is when completely different spectra look identical under certain lighting conditions, and that’s why clothes you tried on at the store sometimes look awful when you get home. Also, it lets you cheat and simulate negative spectra using just additive light. And half a lecture’s worth of linear algebra.
Me: Wow, this class is going to be so fun!

And then we had Matlab assignments. 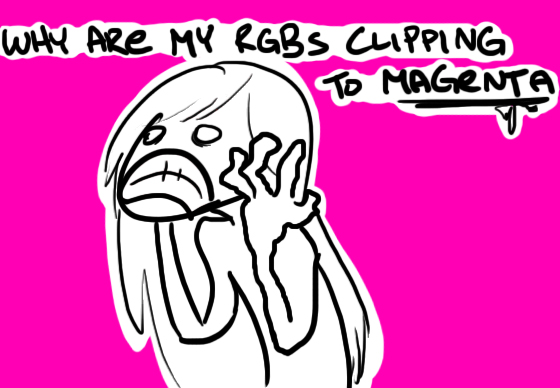 *I eventually figured out why everything was magenta, but it took a while. (I’m new to Matlab.)

7 responses to “A Cacophony of Coats”