A Hack and Advice by Snively '11

Two entries smashed into one.

My dorm, Burton-Conner, has a great view of the both domes from just outside the front entrance. This was highly convenient this morning because when I walked out of my dorm to head to Physics I noticed something strange. 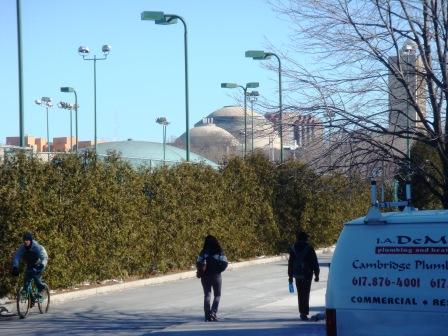 What are those pokey things on the small dome? I hastened my way towards physics and while passing the student center I realized what they were.

Now, for the advice. The summer before I came to MIT I spent working full time and trying to get ready for life on the east coast. This meant learning about weather, types of stores that would be there, and what I needed to take to my dorm. I was discussing this with Sara ’11, MA born and raised, and quickly began to realize that Boston has a bunch of random little quirks about it that nobody but a resident would ever know. That’s cool, Boston people are unique and have special traditions, but it’s not so fun for the tourist and the non-native because all it takes is mispronouncing Worcester once and you’re instantly red-flagged. Anywho, Sara was explaining some stuff to me and she mentioned a couple of songs. I believe her words were:

“If you’re going to live in Boston you need to listen to Tessie and I’m Shipping Up to Boston. A lot.”

I’d never heard of these two songs, so I downloaded them and proceeded to listen to them. A lot. I’m glad I did, because it’s one of the few Bostonian things that actually feel like I know about over a lot of my classmates. Granted, by now we’ve all listened to Dropkick Murphys (the band that plays the two songs) but at the beginning of the year I felt special.

So, prefrosh, or anybody who ever plans on coming to Boston, here’s my advice. Listen to the Dropkick Murphys’s “Tessie” and “I’m Shipping up to Boston.” A lot. I’ve included some YouTube videos in case you’re too lazy to go download these songs.

I’m Shipping Up To Boston

Actually, the other day I was heading off to class and as I was leaving the dorm I realized that I was being very Boston. Dressed for cold, I was listening to Tessie on my iPod 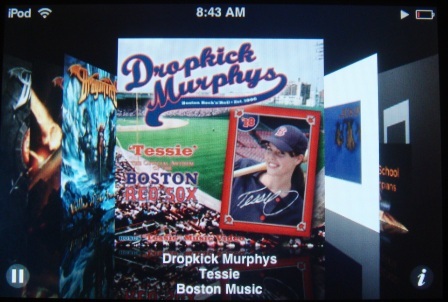 and drinking a World Series edition of a coke. 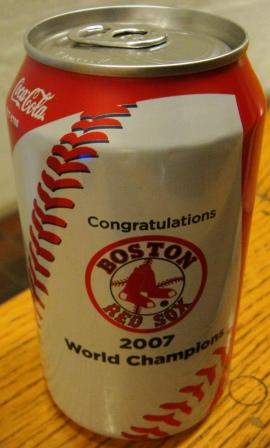 That’s all, have a nice day.

[Post updated to include information about the hack, thanks for tips in the comments]

21 responses to “A Hack and Advice”