A bit longer than I expected.

As a news editor for The Tech, every couple weeks, I have the pleasure of spending a Monday night or Thursday night in the newspaper’s office in the Student Center. Last night was one of those nights; let me guide you through the laborious process:

6:19pm: I arrive at the Tech office twenty minutes late; articles are nominally due at 6pm, so it would make sense that I should be there. That often doesn’t happen, as you will gradually see here.

6:30pm: Those in the office dig into the bi-weekly offering of free food; even though the food (wings!) has been in the office for quite some time, so people know when to show up in the office, no one is permitted to touch it until exactly 6:30pm. 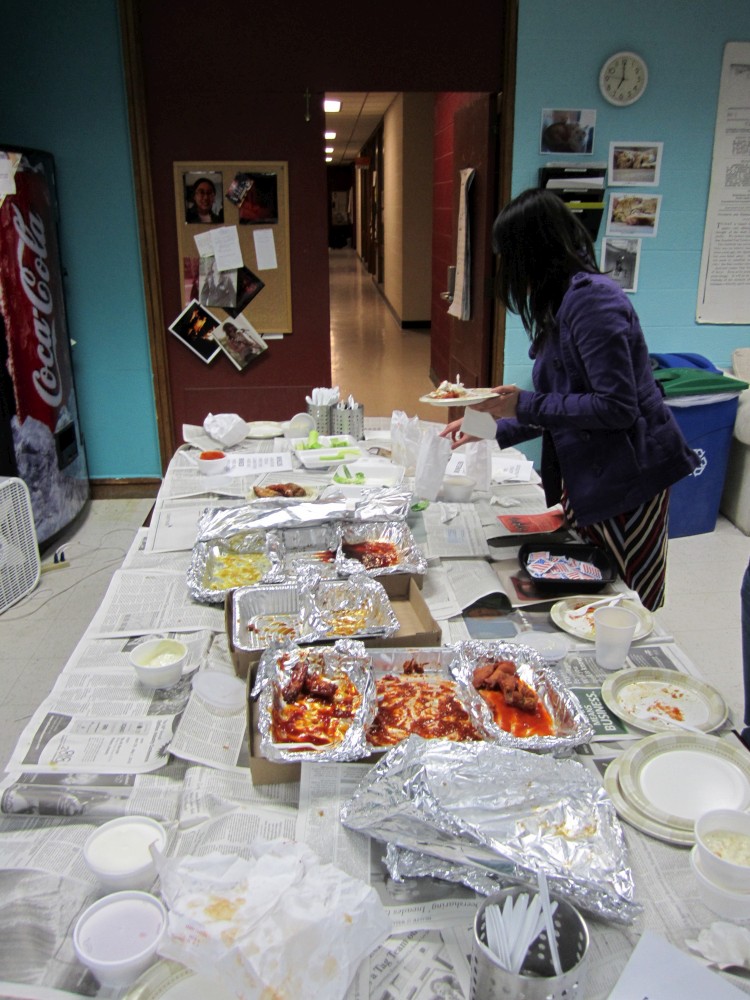 7:06pm: The first draft of the article of the night – on McCormick transfers – is finished.

7:28pm: It’s tough when writers have to balance their articles with their problem sets. In light of that, one of our writers (Rebecca ’14) asks, “When’s the latest I can get my article to you?”, to which I respond, “When’s the earliest you can get it to me?” Ultimately, we agree on 8:30pm.

7:51pm: The office gets a call from our chairman – Joe ’12 – notifying us that there’s free ice cream at the coffeehouse on the third floor of the Student Center! Several people, including myself dash out to claim our portions.

7:52pm: Our editor-in-chief – Ethan ’12 – chastises our chairman for telling us about the ice cream when we’re not permitted to have any until 8pm. I mean, it’s issue night and he drew working people (the EIC and myself included) away from the issue! 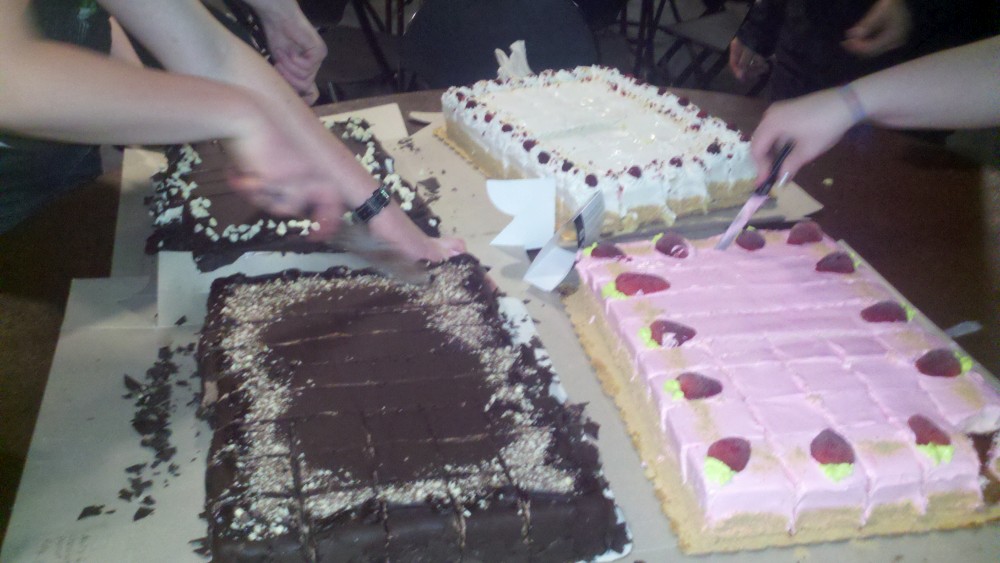 8:22pm: Several people inquire about the ETA of Rebecca’s article. I mention the 8:30pm time agreed by the two of us and the fact that I’m still looking at the McCormick article so I’m not dying to see it at this moment.

8:53pm: I’m finally finished working on the McCormick article. In the interest of saving myself a little bit of face, part of the reason it took so long to edit it – aside from my multi-tasking with editing Wikipedia – was the fact that in the interim at looked at another article in progress. Okay, this is still a long time.

9:35pm: Ethan comes up to not-so-subtly cough about the slow progress of the news, to which I note the decreased efficiency of the office due to the relocation of the water cooler. Trust me; it makes a serious difference.

9:38pm: The article on women faculty, coming in at 1,600 words, is much longer than your average article (which is somewhere around 600-700 words). I have been working with its writer – Margaret ’13 – on reorganization, while taking pride in loudly announcing some of the piece’s most inspirational quotes, including “All anyone wants to be labeled is smart!” Yes, Professor Sive, indeed.

10:00pm: John ’98 asks when I’m going to get around to looking at his article. I flatly say 11pm, under the impression it won’t take that long.

10:35pm: I don’t even know how this came up, but somewhere it was noted that there are people in Bexley too. Oh, I think it was about their “student” representative, which was a cat or Naked Abe Lincoln or something apparently more bizarre than Naked Abe Lincoln.

11:17pm: I call Rebecca to ask a question about her article, which is on a proposal to replace the UA Senate with a new Council. Hearing some commotion in the background, she says, “It sounds like there are a lot of people there! Maybe, I should stop by later…” Given the late hour, things only went downhill from here. 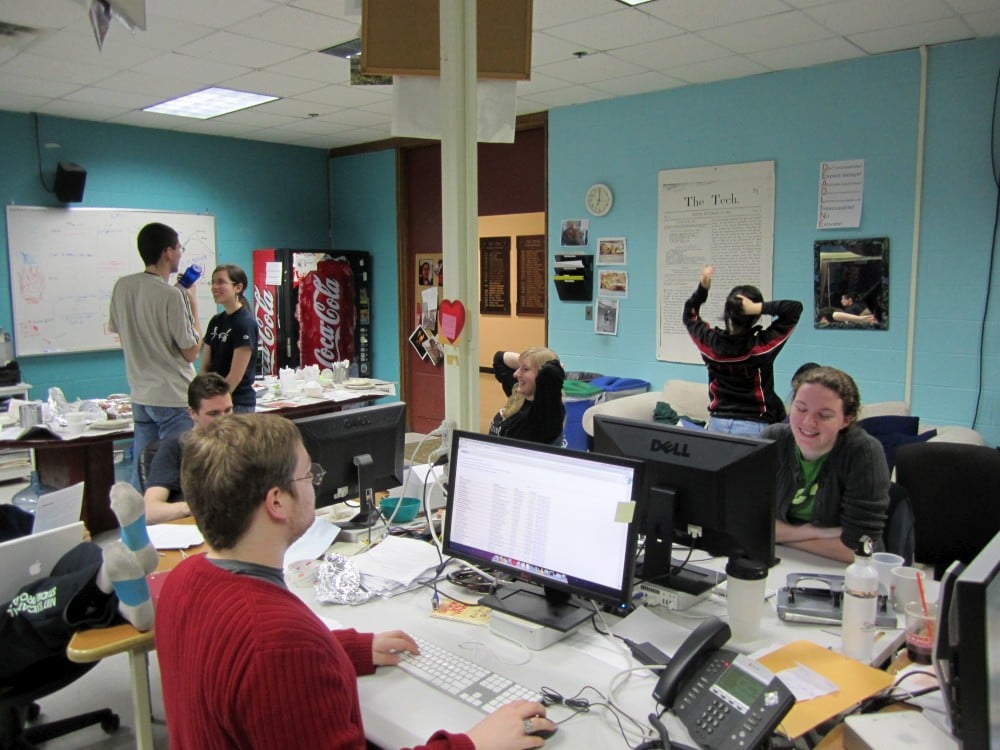 11:18pm: I’m finished with looking at Rebecca’s article, which is about proposed reforms to the UA.

11:22pm: It’s that time of the night when someone is asked to get Prod Munchies, which are named after the Production department – responsible for, among other things, the physical layout of the paper. Prod is generally the last department to remain in the office, although there are generally still tons of people when the Munchies – basically snacks from LaVerde’s – come in.

11:29pm: I discover that our slightly eccentric John ’98 has a mysterious and apparently “endless” flow of $2 bills. So, I make change for $10; I now have five $2 bills that I try to pass off to confused cashiers in Cambridge. 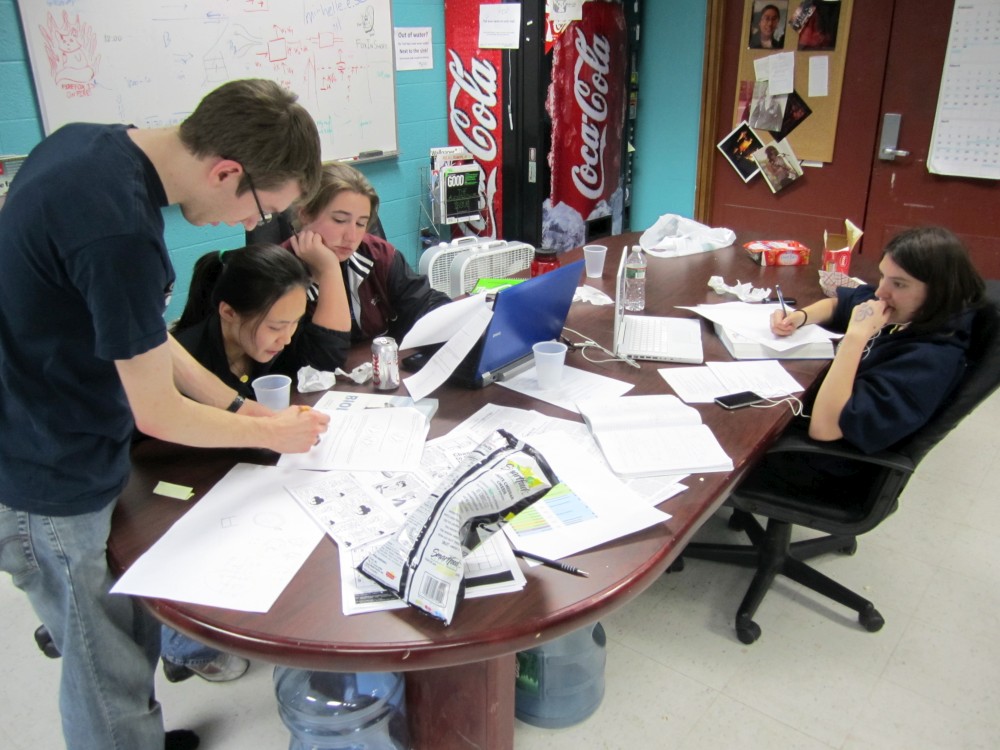 11:55pm: I’m finished with John’s article (the last article), which is about the selection of Maya Lin as architect for Novartis’ new campus.

12:30am: It’s around this time I don’t even want to multi-task. The office seems to quiet down and focus solely on doing the issue, as it’s past midnight and the issue is supposed to be out by 1am. Yeah, that’s not going to happen.

1:02am: Okay, I’m finished with articles after looking at the women faculty article again; this piece just went through so many iterations, and it was so long! But Issue Night is still far from over, even though we were supposed to be done by now.

1:46am: Slowly becoming overcome by the desire to sleep, I am requested to do World and Nation (where we feature articles from The New York Times about national and global issues) – relieving our copyeditor, Michelle ’14, who isn’t even supposed to be doing the World and Nation section.

2:29am: Apparently in honor of April Fools’ Day, the cursor on all of the screens suddenly grew to ten times normal size. We blame our technology director, Quentin ’10.

2:48am: It’s snowing! Yes, it is officially April and it is snowing. Granted, this is no blizzard – just a light covering on grassy areas – but the snowflakes were so large, they led our production editor Connor ’13 to wonder whether someone was simply dropping feathers off the top of the Student Center. 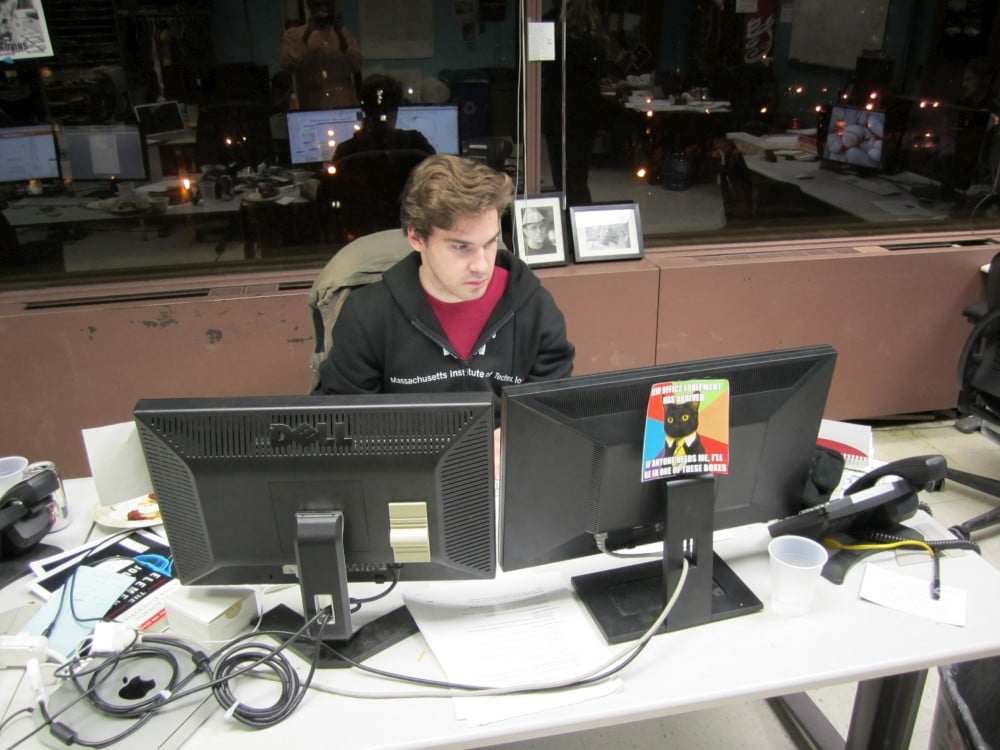 3:30am: After putting off World and Nation until the last possible moment (writing headlines and looking at every other piece of content), I finally get around to completing it. With everything in place in the paper (thanks Prod!), the only thing left is to review all the pages for any final errors.

3:33am: Around this time, Ethan thanks me for sticking around, saying other news editors might have been tempted to leave around 1am and ask him to finish everything. Wait, you mean I could have left?

3:45am: Everyone’s gathered around the main table looking at all of the pages. Ethan’s job is sign all pages he believes are ready. This generally takes several go-arounds per page. 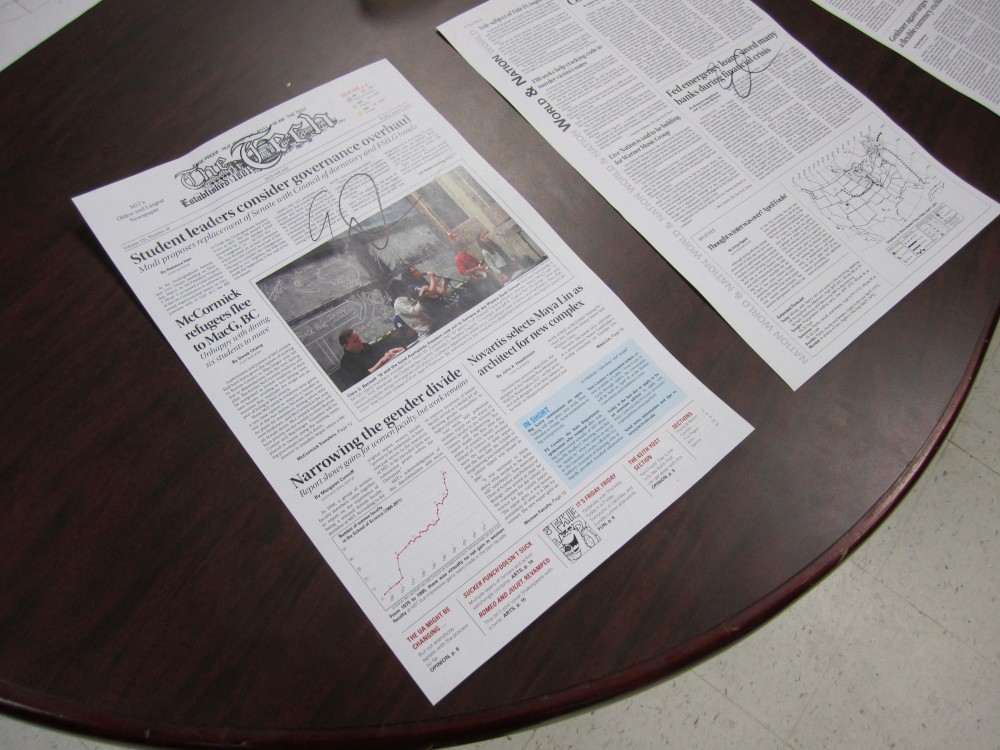 4:02am: All the pages are signed. The issue is done. Well, okay, Prod has to stay a bit longer to make sure the issue is probably uploaded to the printer and to our website.

4:15am: For luckily only the second time this term, I didn’t have the energy to go back to Baker and fell asleep in the office. Unfortunately, I had a 9am class – and this post.

2 responses to “A Night at the Office”