Yesterday was the third Monday in April, meaning it’s Patriots’ Day (a holiday celebrated almost exclusively in Massachusetts and Maine). The third day in a four-day weekend, it also marks what has been a Boston tradition – 115 years running (no pun intended). Of course, I’m referring to the Boston Marathon (won by Kenyan runner Geoffrey Mutai in record time). A number of MIT students run each year, but even for those (like myself) who don’t know anyone participating, there’s quite the celebratory atmosphere.

I made my way from North Station to Kenmore Square around 11:20 am; thanks to the number of spectators heading that direction on the T, it took 45 minutes to go (compared to the usual twenty minutes). Despite the extremely packed state on the trains, Kenmore Square is a nice place to watch the marathon because there’s so much space and it’s not actually packed there. 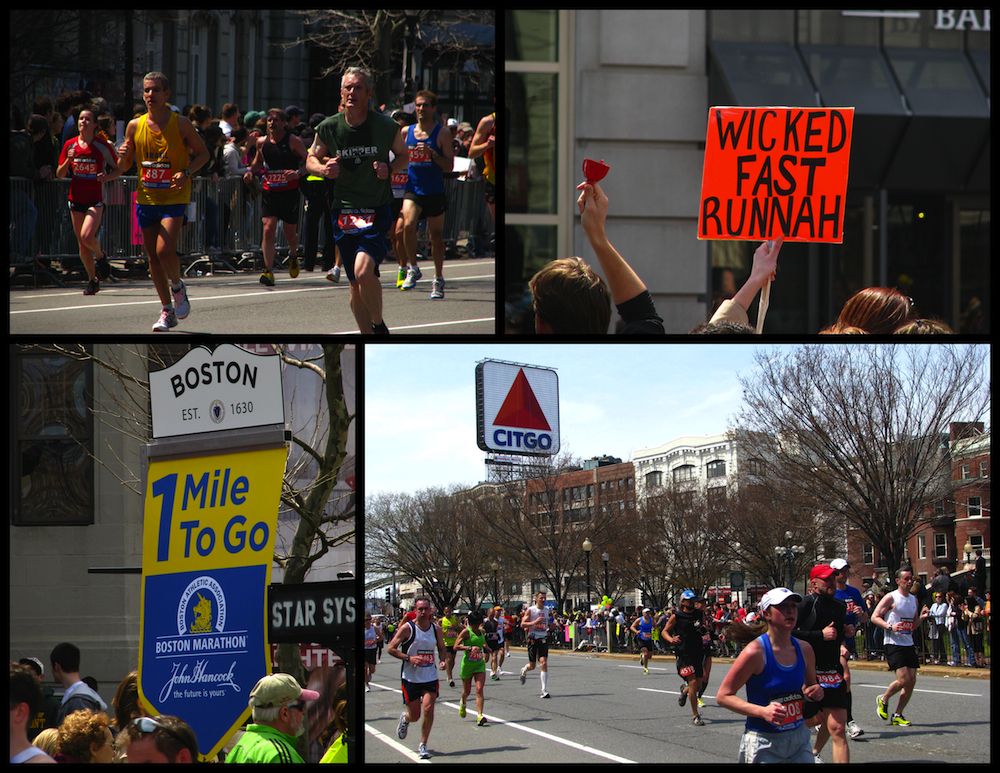 One of our fraternities, Phi Sig, hosts a Marathon Day party every year at their house, which is located along the marathon route on Commonwealth Avenue. They were doling on hot dogs, hamburgers, and chicken burgers to the mostly MIT crowd there, although it was quite clear they couldn’t make the food fast enough to keep up with the demand. Thanks to sponsorship, they were also handing out free energy drinks. 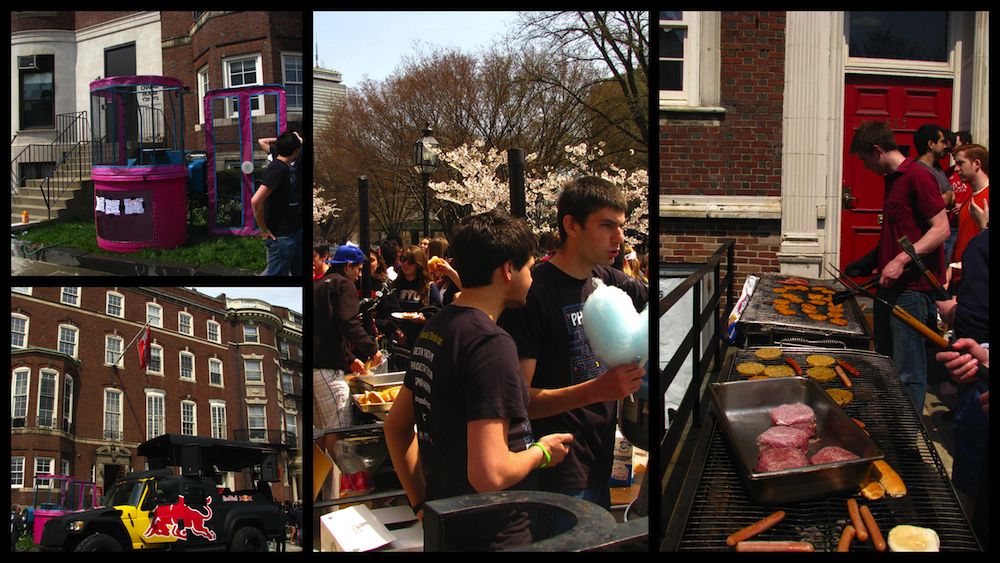 Oh, yeah, but the marathon. See, it’s very exciting. I got a rather precarious shot from above the action on this segment of Commonwealth. And I’m reminded again how nice Kenmore and the Back Bay are. 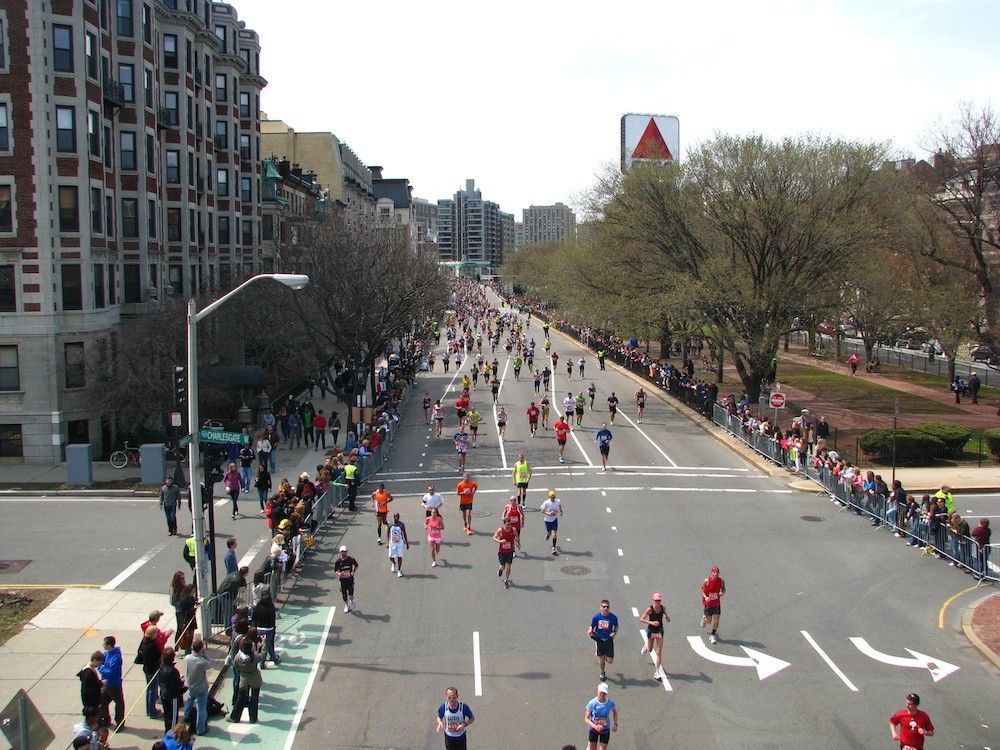 The number of spectators increases one walks the final mile toward the end of the finish line. By the time I reached the final corner of the marathon, where runners turn off Exeter Street onto Boylston Street, I simply couldn’t move any further. Nevertheless, thanks to my long wingspan and an articulating screen on my camera, I still managed to get a shot of the frenzy over the final few paces. 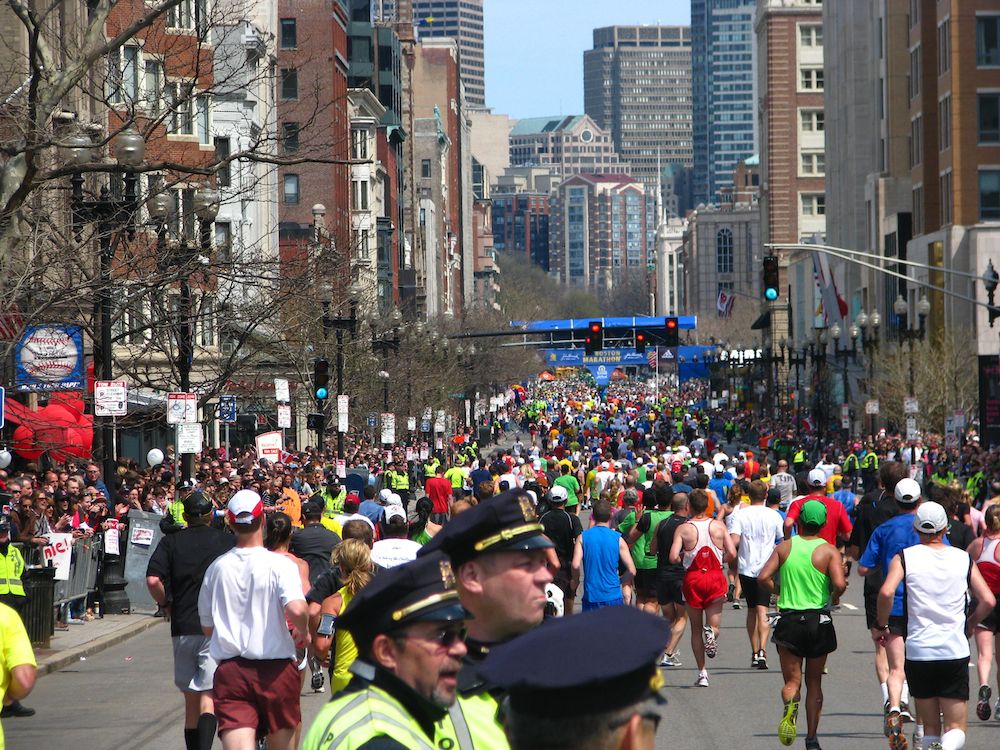 Now, I’m not going to tell you how to spend your weekends, but do be sure to spend at least one Patriots’ Day watching the Boston Marathon.