why did i ever think iTunes was good

EDIT: Petey mentioned in the comments that we should make a blogger playlist, and we did. Here it is – listen to it while you read this post!

This summer, I’ve come to realize my love for a certain being that has brought a lot of joy and happiness into my life.

If you’ve read the title of this post, you’ll know that this being is no other than Spotify and oh boy this is by far the best piece of technology I interact with on a regular basis.

I love music. I played various instruments for 13 years of my life before coming to college and pursuing my interests in a cappella and guitar. I listen to different music depending on how I feel a certain day, and am passionate about a few very specific genres. With all of this said, I have no idea why I didn’t get a Spotify account sooner. Some of my friends started a family plan in second semester that I hopped on not really knowing what I was in for. And granted, for the first few months, I didn’t really use Spotify much differently than I used iTunes, although it was nice to have premade playlists in genres that I liked.

This summer, though, I’ve been gifted with some free time and also the occasional bout of boredom at work. And hence, I discovered the magic of Spotify playlists.

Throughout the summer, I’ve been making playlists that pretty much correspond to every time of day I have. Sometimes, the premade Spotify playlists will suffice, but there are some days that just call for certain playlists.

Here are some of the playlists I’ve made over this summer:

There’s also a playlist I made titled, “MIT freshman year”. All the songs on it have some specific significance to people I met, adventures I went on, and feelings I felt in first semester. I made the playlist without really thinking through the significance of the songs; I just knew that they were significant to my freshman year in some way. So for this post, I wrote down all the songs and why they mean something to me. It was a very pleasant jog down memory lane and I hope to keep making a playlist for every year that I’m at MIT.

I really love that Spotify gives me an organized place to put all the music that brings back memories of friends and the adventures we had together. I highly recommend getting Spotify Premium if you don’t have it already.

Bonus: Since I love personal data and stats, here’s a list of the top songs/artists I’ve listened to in the past month (you can view your personal stats here!), a list of my Spotify Daily Mixes, and three songs that I’ve been listening to on repeat for the past few weeks :) 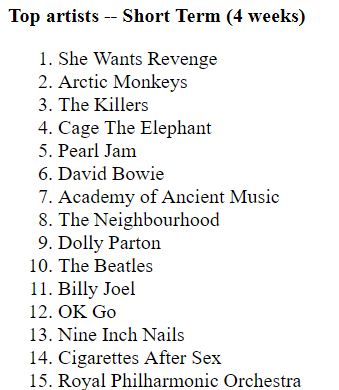 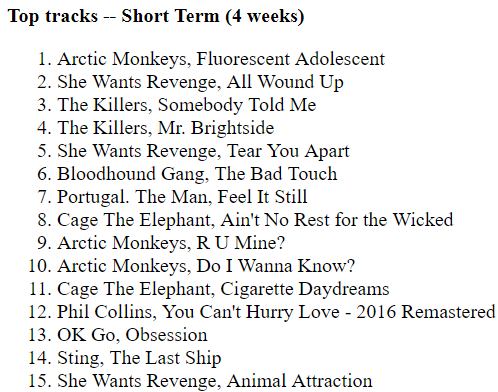 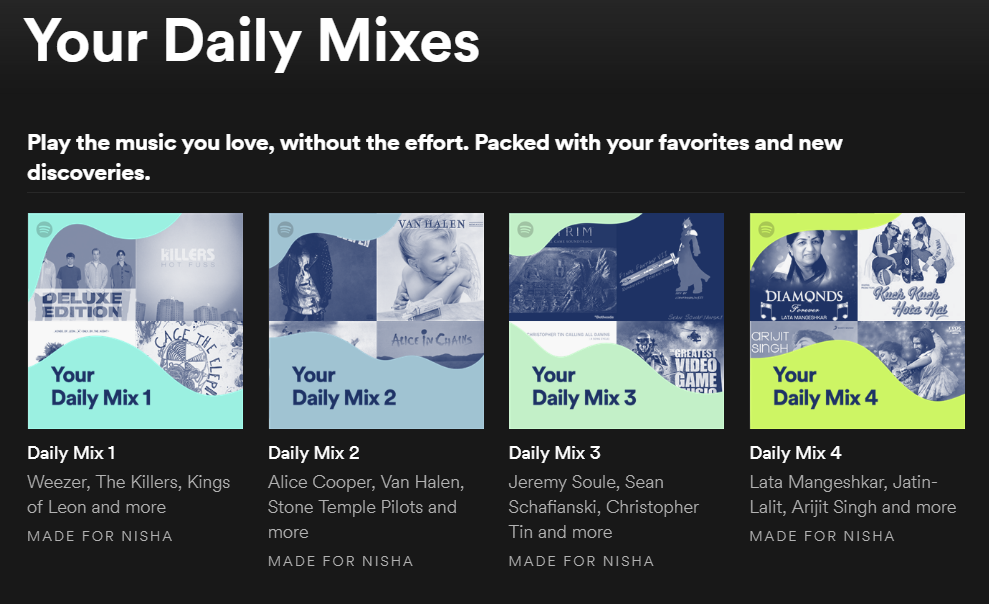