Athena, Deliver Us From Finals by Paul B. '11

And lead us not into temptation of crying ourselves to sleep at night.

Late on Sunday evening, just before the first day of MIT’s finals, hackers erected a giant statue of Athena, the patron goddess of wisdom, in the middle of Killian Court. Alerted to the hack by email and word of mouth, students from all corners of campus set aside their ponderous tomes of higher learning and crawled out of their rooms to stand in awe of the hack’s serene majesty. 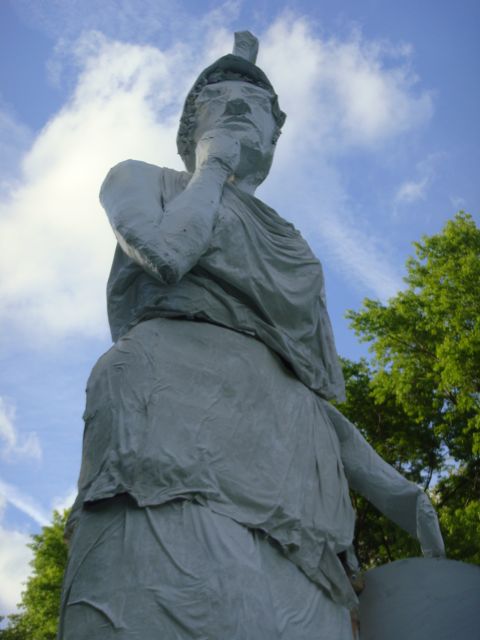 Naturally, I was no exception. In spite of my camera having trouble focusing (not to mention coming close to running out of battery!), I prevailed against all odds and secured a photo of myself at the foot of my goddess. 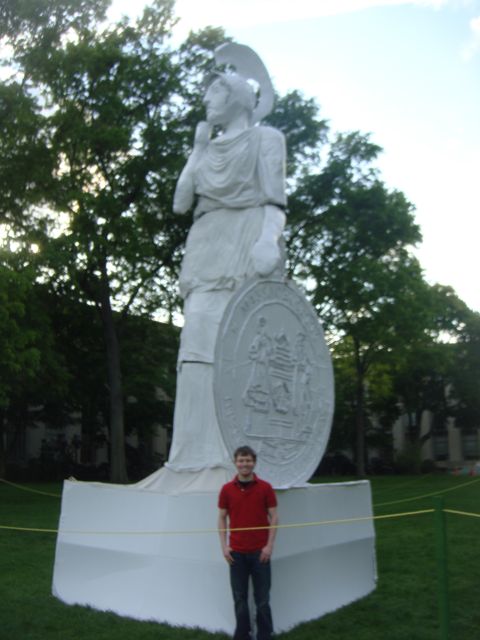 Athena is also the name of MIT’s distributed computing environment, and her likeness has been featured on a number of Brass Rats – including my own.

Besides her sheer size, one of the most impressive aspects of the statue was the beautifully-crafted shield she bore, emblazoned with MIT’s official seal. The motto, Mens et Manus, means “Mind and Hand” – representing MIT’s dedication to teaching theoretical knowledge, but also focusing on hands-on learning. An appropriate axiom to keep in mind during the finals season! 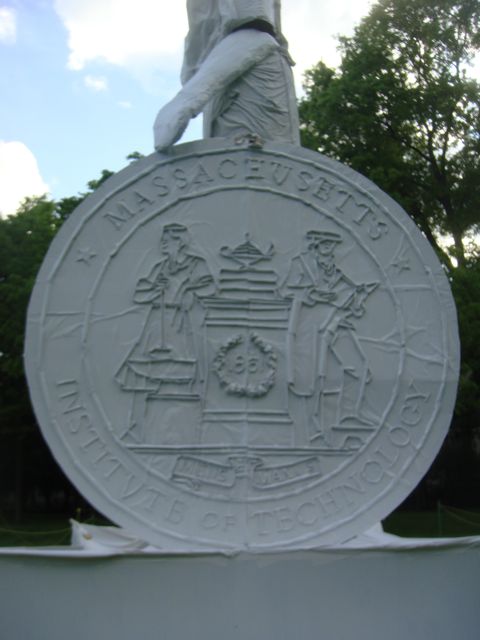 Of course, the Lunar Lander could also be seen behind Athena’s imposing shadow. 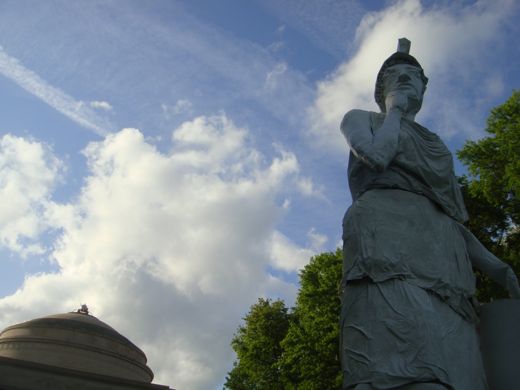 As recently as tonight, the statue is still standing vigil over Killian Court, guarding all those who will venture forth to battle their finals throughout the coming week. Pretty impressive stuff.

If you’re so inclined, you can see more photos at Eric Schmiedl’s gallery.

Also courtesy of Eric, here’s a relevant factoid: “This is not the first time the goddess has been associated with Killian Court. The original architect of MIT’s Cambridge campus, William Welles Bosworth, included in the plans a 50-foot tall statue of Athena that would be the centerpiece of the Court. The statue was cut from the construction plans due to an Institute budget crunch in 1913.”

One of the things I love most about MIT is the history that surrounds our campus. Ever since 1861, when we were founded, MIT’s had a vibrant, distinguished, and sometimes downright strange history. I love hearing the old tales about what MIT used to be like ten years ago, or more, and MIT’s one of the few places I know that has so many great stories to tell.

12 responses to “Athena, Deliver Us From Finals”