It’s 11:42 am Eastern time and I’m packing my bags. ¿Porque? The MIT pistol team is on its way to West Point in New York for a shooting competition!

Yes, that’s right, MIT has a pistol team, and a good one at that. In fact, last year the MIT pistol team won the National Championships, beating out Army, Navy, Coast Guard, and a slew of other teams. Geeks with guns, gotta love it.

I’d never shot before coming to MIT, but pistol seemed like fun. Shooting is a useful skill, no experience was necessary, MIT is awesome at pistol, and the range is on campus, why not join? I’ve been shooting since September and have been progressively getting better and better. I suggest that anybody considering pistol get involved. Just e-mail the coach (you can find him here: http://web.mit.edu/pistol/www/).

We had our first round of shooting this evening against West Point, but first we had to get there. What we discovered is that a combination of hearing protection and iPod headphones makes a great set of noise-canceling headphones! 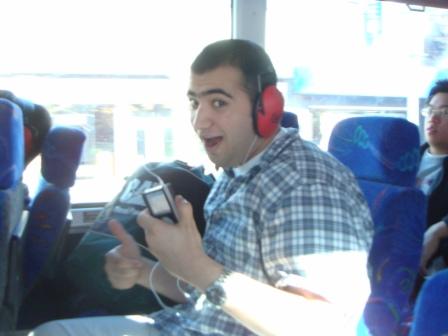 I have a physics final on Monday (8.01L) so I studied a bit on the bus, as evidenced by the following picture: 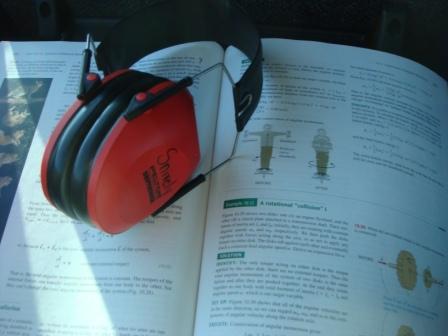 We went straight from the bus into the range, which is, unlike ours, housed in a castle. Seriously, castle. 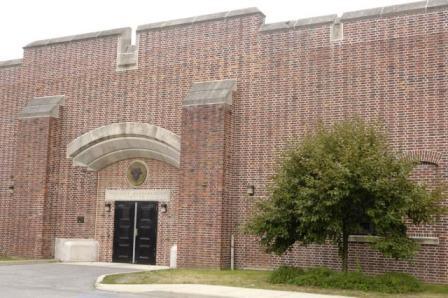 The event shot tonight is called “Air Pistol.” The rules are pretty straightforward: 60 shots, one hour and forty-five minutes, best possible score of 600 (10 per target). West Point’s air pistol range is 18 lanes, so nine of our shooters shot tonight. I wasn’t one of them (I shoot tomorrow) so I got to take a bunch of pictures! 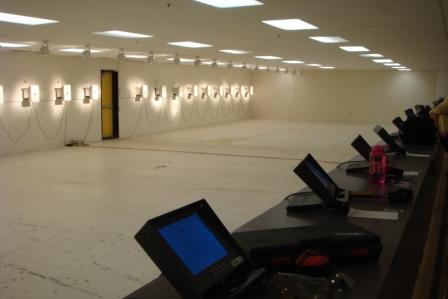 They use electronic targets, meaning they have cooler targets in their range than we do in ours. The white part of the target is stationary but the black center is actually on a roll. After you shoot the black center the computer records your shot, displays it on a monitor sitting next to you, and then the black center reels away, yielding a fresh new target. Of course, if you miss the black center and hit the white part you get to stare at your missed shot for the rest of the match. Incentive to hit the center, eh?

Fu shooting during the air competition 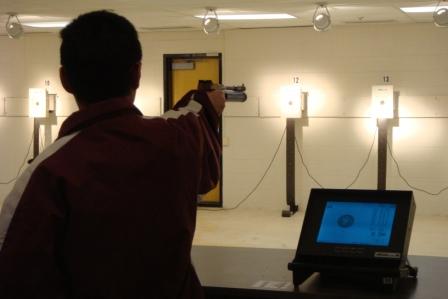 The monitors display your shot points, where you shot, and where the center of your grouping is. It also gives you a quantitative measure of distance from center.

Eddie shooting during the air competition 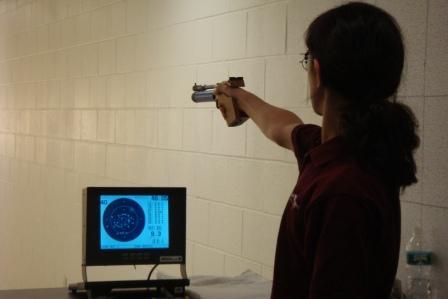 Everyone shooting did well, with several personal bests. Again, I shoot tomorrow, so all I can do now is wait, blog, and demonstrate how my shirt says TIM in the mirror. 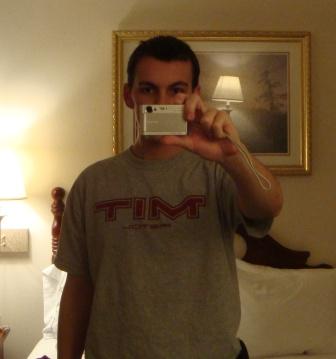 I’ve decided to take a quick break from studying for physics to finish up this post. If you’ll recall where we left off, I was in the the hotel room after our first day of shooting. Well, after a free breakfast (courtesy of Holiday Inn Express) we headed back to West Point to shoot some more. This is when I was able to shoot. I shot in the first air pistol round of the morning.

My spot on the bench 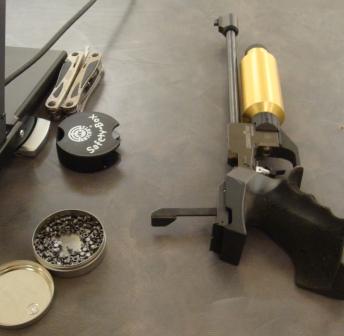 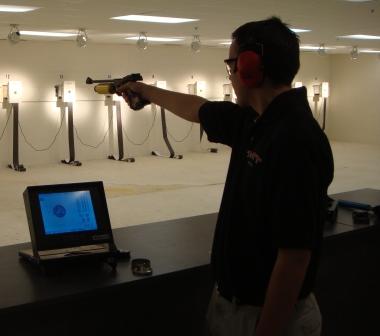 I shot a 513 for my first air round, which was 3 points shy of my personal best. 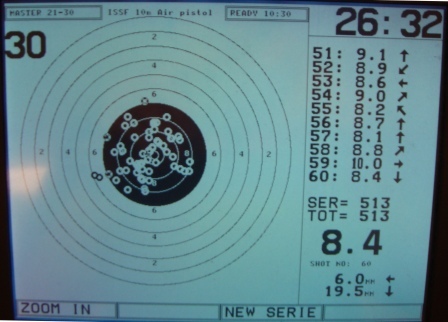 I had heard that there were going to be more air rounds though, so I asked around and it turned out that I would get to shoot again. Now, there’s no real benefit to me shooting again, except practice and getting comfortable shooting in match-conditions, but I wanted to see if I could increase my score. Turns out I did, not by much, but I shot a 517, one point above my personal best.

The rest of the day was spent watching movies in the shooting lounge (Equilibrium, Pirates 3, and Die Hard) before packing up, thanking Army, and loading onto the bus. Before we left, however, I was informed of something interesting that was hiding downrange of the other shooting range. What was it? 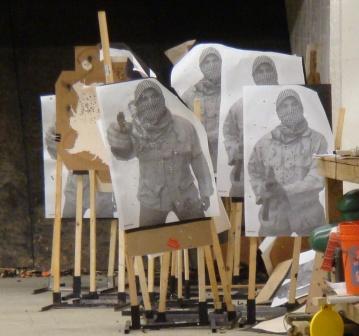 TERRORISTS! West Point practices on terrorists! Now, I knew there had to be some explanation to this, there’s no good reason to practice on terrorists if you can practice on targets, so after we asked around we discovered that West Point has something called a Combat Assault Squad. It’s a sport, just like pistol, only they get to shoot shotguns, M16s, run through obstacle courses, and shoot terrorists. We’ve officially decided that MIT needs a combat assault squad.

On the way back to MIT we stopped at a restaurant called Cracker Barrel. Looking at the menu I saw a half-pound burger with bacon, but I wasn’t sure that would be enough food. I asked our waiter if he good add an extra patty to it. “Well, it’s never been done, but I’m sure we can do that,”

What I ended up with was a one-pound burger that was absolutely delicious. People had their doubts as to whether I could finish it or not, but it turns out that I was the first one done, and then I had dessert. I think all those super burritos from Anna’s have conditioned my stomach enough to withstand mass quantities of food.

Back on the bus after a group picture

we continued the 3.5 hour bus ride back to MIT, providing ample time for a nap. Well, actually, it would have been 3.5 hours, but several hours into the ride/my nap the bus started slowing down. I look around, confused, and nobody else seems to know what’s going on. All of a sudden our charter bus is pulling a U-turn in this tiny little deserted road in the pitch black. Turns out we’d gotten lost and had traveled almost an hour out of the way. Wonderful. I went back to sleep. I woke up again and realized that the people sitting across from me had tied my shoes together. I untied them and went back to sleep. I woke up again. My shoes were tied together, again. I untied them, again, and went back to sleep. I woke up again. This time we were actually back in Cambridge! A minute later we were back at MIT, and then half an hour later I was back in my dorm, exhausted, and ready for sleep.

We ended up losing to Army overall, but we did win in air pistol. It was a very fun trip, lots of good food, good company, and good stories. I hope you enjoyed reading about it.