(See #2 Boston Adventure at the Institute of Contemporary Art here)

As part of my weekly Boston Enrichment Trip, I ventured today to the Boston International Antiquarian Book Fair.

Located in the vast Hynes Convention Center, the BIABF was a bit like the MIT Career Fair but with coat check, classy security, and fancy wine. Plus a much older and wealthier population. Really, a whole new world. 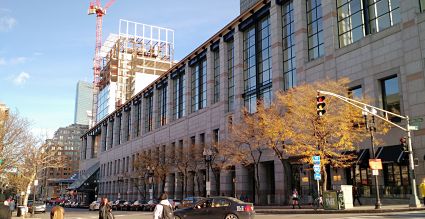 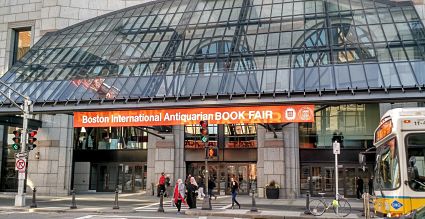 If you’re wondering what an “antiquarian book” is, the Fair’s website has got you covered. Such a book is one “that is valued as a physical object above and beyond its value as a vessel of content (text and/or illustrations).” This definition encompasses books from as early as the 1400s to as recent as the 1980s, but distinguishes the collectibles from “previously owned books that [are] valued solely for [their] content.” Those are merely “used books” and not fit for the Fair.

The way that traders measure the antiquarian books’ value remains a mystery to me (though I did try to find a pattern in the prices). According to the Fair’s website, “the value might derive from the edition, the quality of the printing, binding, or illustrations, the provenance, etc.” So a $1 thrift shop copy of Isaac Azimov’s I, Robot has little value compared to the $500 signed first edition. The 500-fold increase is worth it for the antiquarian book connoisseurs. Same goes for the $2,500+ Hemingway copy (one of 300 of a limited edition). Why, on the other hand, does Nabokov’s Lolita first edition only cost around $200? Only experts can tell, and I know none.

For the fun of it, here’s some technical antiquarian book vocab. Incunable is “anything printed during the 15th century, the first century of printing with ‘moveable type’.” Quite a few gorgeous incunabula at the BIABF (see below). Foxing refers to “rust colored spots which occur on paper resulting from oxidation of both organic and iron impurities left behind during the papermaking process.” All information is taken from the Boston International Antiquarian Book Fair website here. And here’s what (I think) foxing looks like:

(Aristotle, “Organon. The Logical Works, with Porphyry’s Isagogue“; Venice, 1495, Editio Princeps and “the greatest publishing venture of the 15th century”; $75,000) 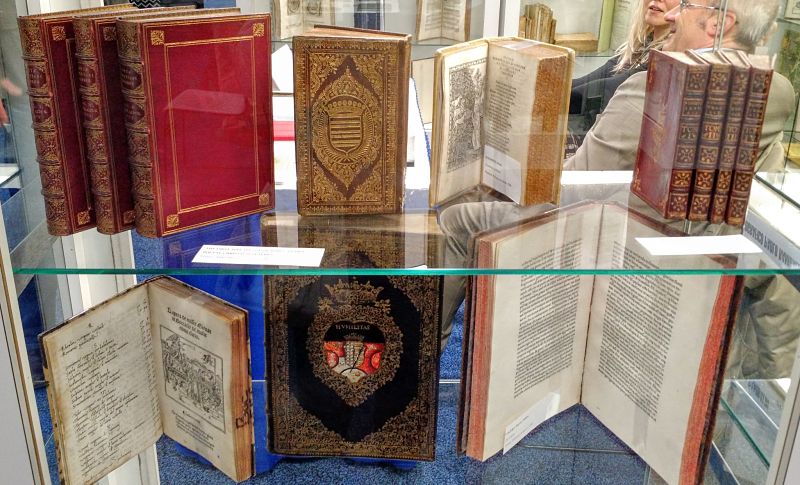 (Some book samples, including a 1506 edition of Dante Alighieri’s “Commedia di Dante”)

Walking through the aisles of bookseller booths from all over the world was a special experience. The books, maps, and prints looked like they ought to be in museums, but were instead bartered and sold by private collectors. Leaflets advertised antiquarian book fairs in other U.S. locations. Do book collectors travel regularly to those? How big is their community? 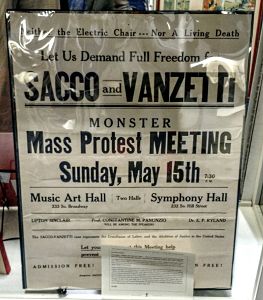 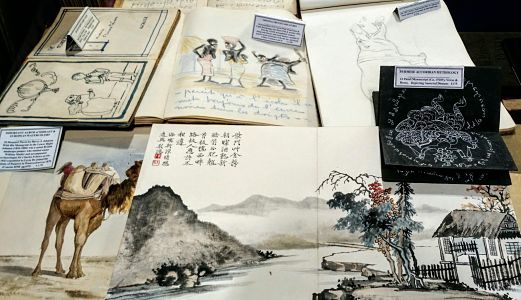 I saw leather bound incunabula from the 15th century and first editions of Twain and Nabokov and signed copies of Charlotte’s Web and I, Robot. Giant maps and miniature volumes, only about 2 inches tall (and quite adorable). Collectibles $100 and under for those “discovering” the antiquarian book world. Volumes for children and adults. Scientific tracts and journals. And many more exciting books to admire from a distance. 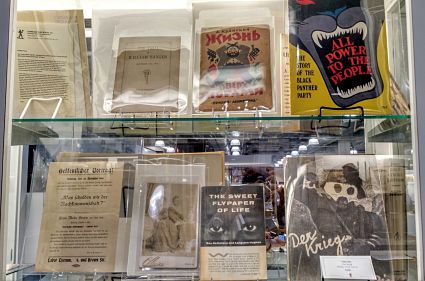 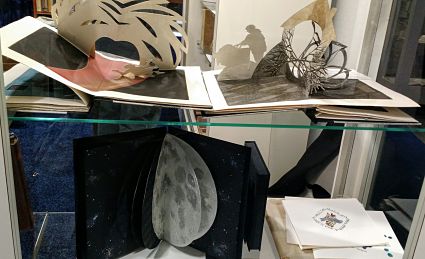 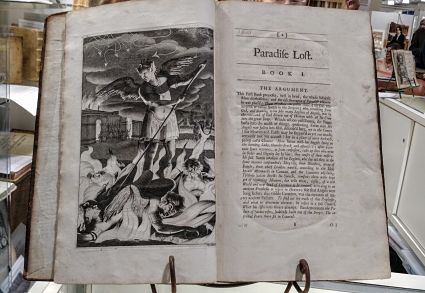 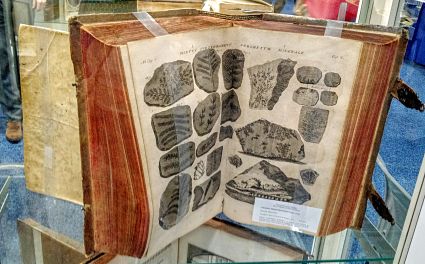 And that’s not the limit. Could an antiquarian book exceed the value of a full-priced year at MIT? Certainly. The most expensive sell I could find was an original Abraham Lincoln letter at $95,000. Not even “the most historic 1792 letter” by Alexander Hamilton or the “Birth Certificate of Italy” by King George I of England could match that. Way to go, Abe! 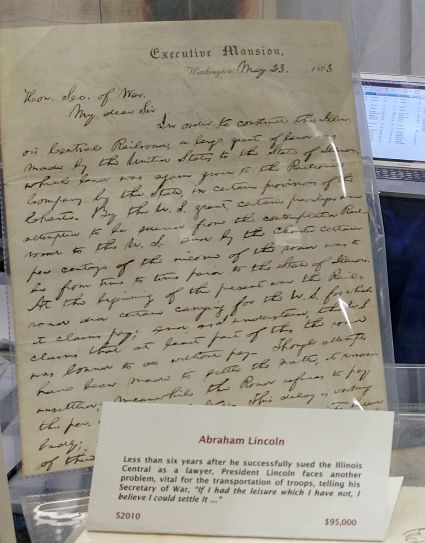 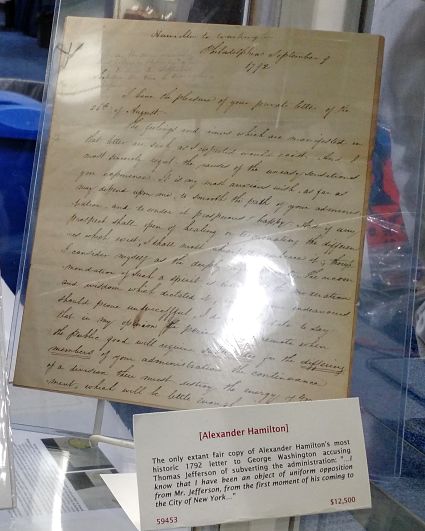 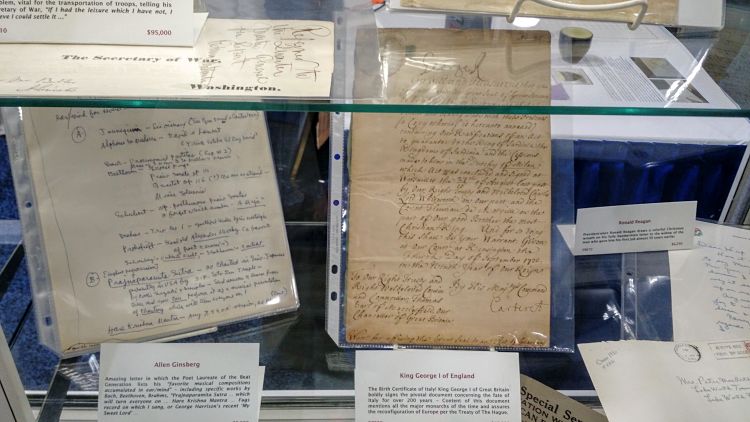 Outside, Typewriter Rodeo offered “custom poems on vintage typewriters.” Visitors only needed to say a word, and an experienced writer/typist would compose a personal poem for them on the spot, anything from “kid-friendly to adult-feisty.” My chosen word: Education (read the poem below). 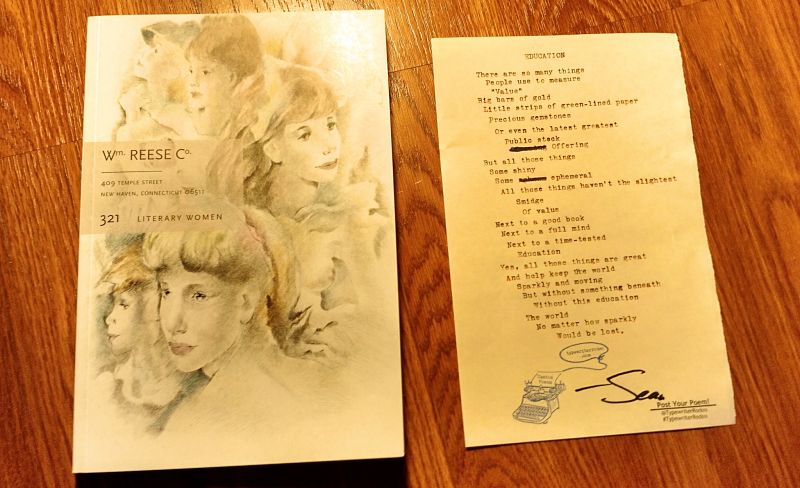 And that was that. An adventure, cultural event, and fun learning experience all in one Fair. A glimpse into a different world.

Share any personal book collecting experiences in the comments below! 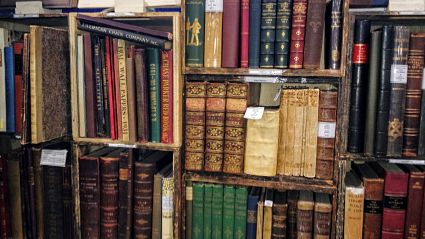 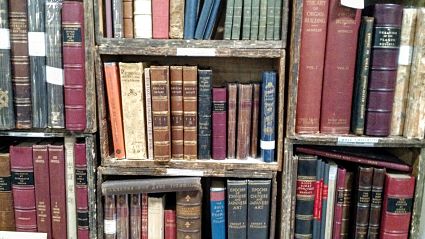